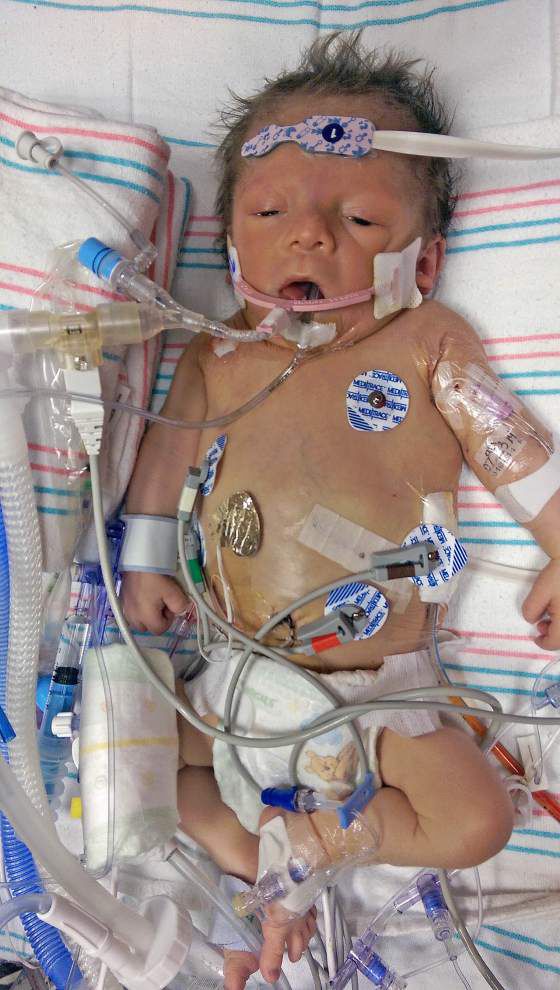 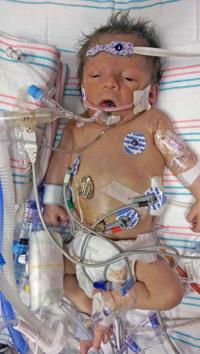 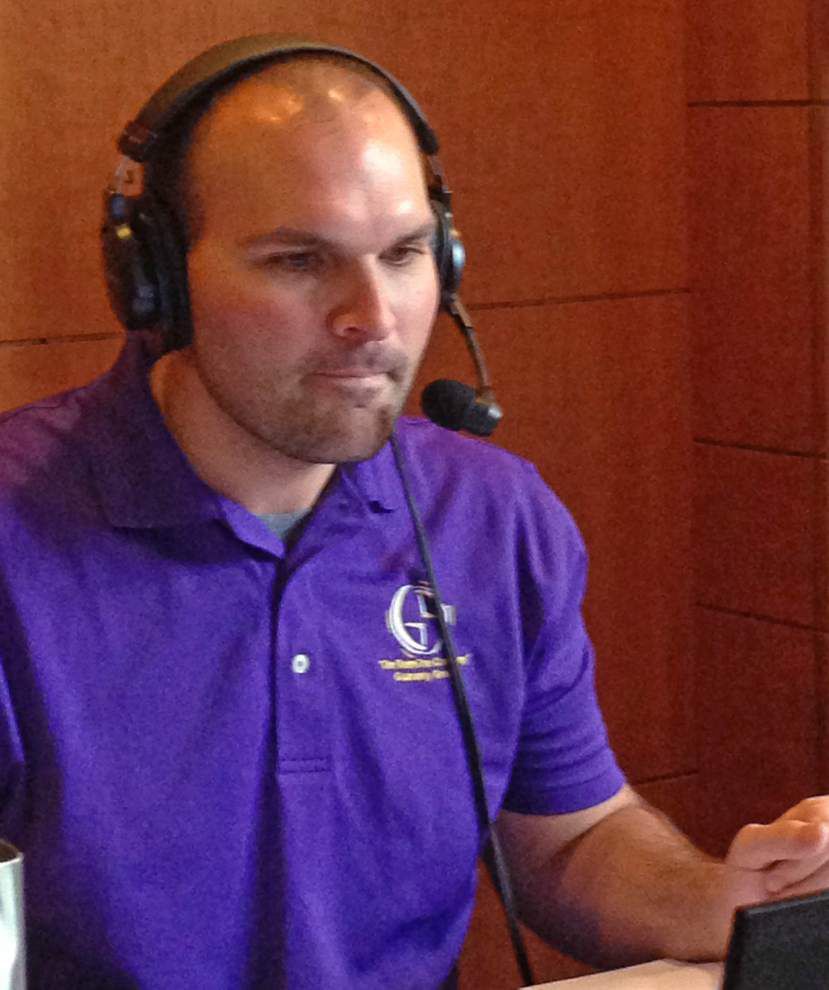 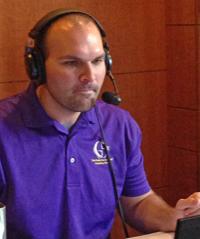 Drew has had three surgeries so far, and is still three to five months away from yet another major surgery to repair a heart defect. He’s endured being hooked to monitors and machines spent dispensing as many as 10 different drugs at a time, and another machine to oxygenate his blood for him while his one good lung develops enough to handle the job.

Drew is dropping down what his neonatologist calls his “best-seller list.” That is a good thing.

“You never want to be on top of that list,” said Drew’s father, Matt Moscona, whose sports talk show “After Further Review” is on weekday afternoons on WNXX-FM 104.5 in Baton Rouge. “When you’re on top of the best-seller list, you’ve got doctors around all the time.

“We were the No. 1 best-seller for a long time. They come to check on Drew’s heart about once a week now instead of round the clock care.

“No doctors is a good thing.”

The Mosconas — Drew, Matt and wife Erika, a counselor at St. Jude the Apostle School — have been in Houston since May 31.

They don’t know exactly when they’re going home, but every day they are more convinced they will.

“We would always tell each other, ‘Drew is coming home,’ ” Moscona said.

“We finished his room. It was kind of half done when we got the initial diagnosis (March 5), and then (Erika) wouldn’t go in the room for months. I said, ‘We’re not leaving here until we finish the room, because he’s coming back with us.’ ”

Drew was diagnosed in utero with congenital diaphragmatic hernia, a condition that allowed his abdominal organs to migrate into his chest cavity. That compressed Drew’s right lung, shoved his heart to the right side of his chest and allowed only a small amount of left lung tissue to grow.

But his condition is improving daily. Surgery has moved Drew’s organs back to their proper places, and his right lung opened up strongly.

The Mosconas bide their time by piling up small victories, like when Drew’s medical team can remove another machine or wire, another indication he is better able to sustain himself.

Sunday, they took out an IV line, improving the procedure by which Drew is fed. Thursday, Matt Moscona said doctors plan to remove Drew from his ventilator and put him on a CPAP machine, a major milestone in pulmonary development.

There is a lot of ground left to cover, but Moscona knows how far his son has already come.

“One thing I’ve learned is doctors aren’t too keen on making predictions because every patient is different,” he said.

“You hear percentages. They wouldn’t even give us a probability because his case was so rare. It was that bleak. A lot of the doctors and nurses I’ve gotten to know have candidly told me now he’s cleared this critical phase he’s surprising everybody. He could have died any one of those days after he was born.”

Matt and Erika spend mornings with Drew, visiting with his team of doctors and nurses, before Matt heads back to their apartment here to prepare for his show, on 3-6 p.m. each weekday.

Moscona then heads to Clear Channel radio’s Houston headquarters, where a direct line to the control room in Baton Rouge makes it sound like he’s doing the show from a studio there. Then it’s back to the hospital to stay with Drew until 10-11 p.m. at night.

“I didn’t have typical days for awhile,” Moscona said, “but trying to find a routine has kept me sane. If every day I was floating like a feather on a breeze, I would go nuts.”

Clear Channel’s assistance comes despite the fact that it is a direct competitor in the Baton Rouge market with Guaranty Broadcasting (which owns WNXX).

He’s added the company to the list along with the family, friends and listeners who packed The Varsity on Aug. 14 for a charity concert for Drew featuring the up and coming local country rock band The Gillis Silo. Or the people from all over the world who joined Fr. David Allen (the pastor of Holy Family Catholic Church in Port Allen, who married the Mosconas) in a prayer group on a recent Alaskan cruise, putting Drew at the top of their own best-seller list.

“He still gets calls from these dozens of people from different corners of the world who say they’re still praying for Drew,” Moscona said.

“These people don’t know me. They barely know Fr. David. But they continue to pray for him. What do you say? ‘That’s really neat?’ ‘Oh, that’s cool?’ ‘Thank you very much?’ There are no words to adequately thank people other than to say thank you from the deepest part of me for helping my child.”

Erika Moscona rarely allows herself to leave Drew’s side, but Drew was doing well enough Saturday for Matt to attend LSU’s 28-24 win over Wisconsin at Houston’s NRG Stadium.

There are times when he envisions taking Drew to a game one day.

“During my show (Thursday), Erika sent me a picture. Drew has a little lovey-type football, and his nurse positioned him so he like had it under his arm,” Moscona said.

“I got real excited. I hope he wants to watch football. I’d love to think he would want to watch a game.”

Hours before Louisiana sports reporter Carley McCord died in a Dec. 28 plane crash, she posted a hopeful message to Instagram that would guide…