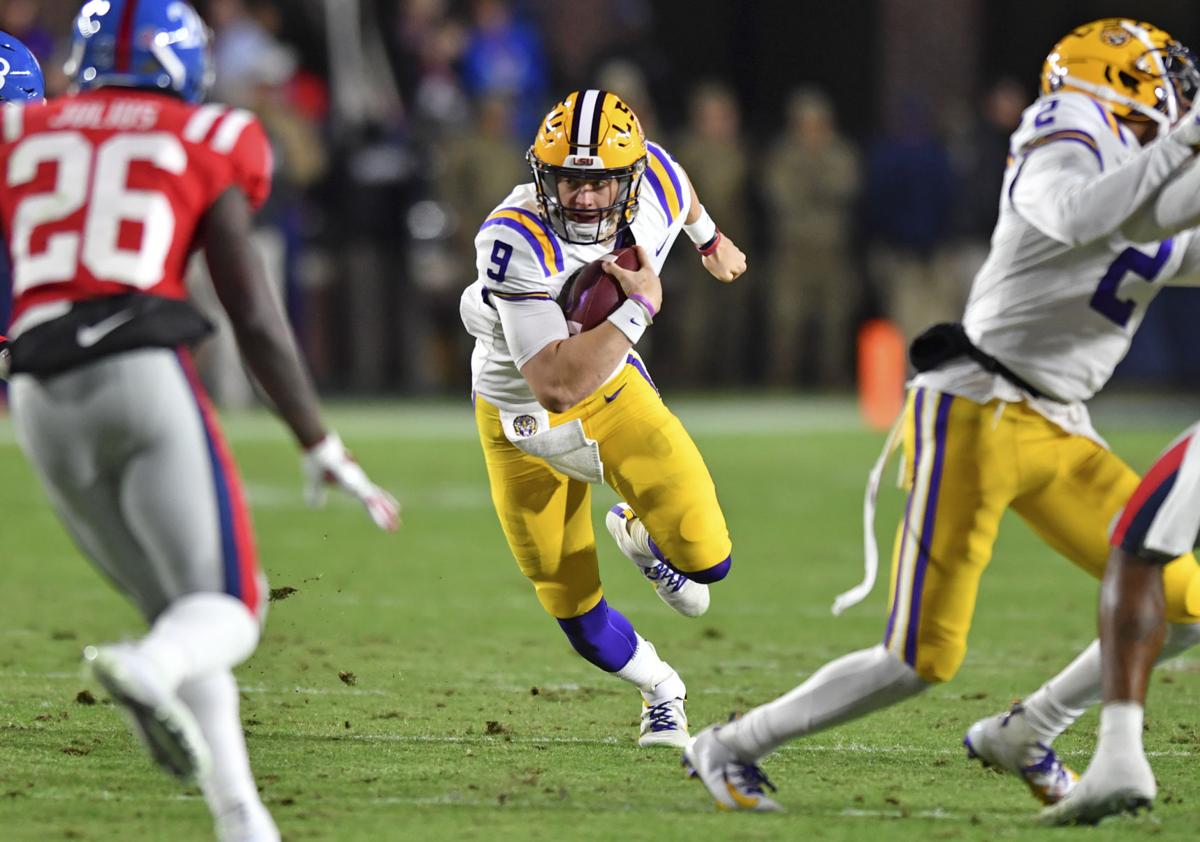 LSU quarterback Joe Burrow (9) keeps the ball as he runs for yardage in the first half against Ole Miss, Saturday, November 16, 2019, at Ole Miss' Vaught-Hemingway Stadium in Oxford, Miss. 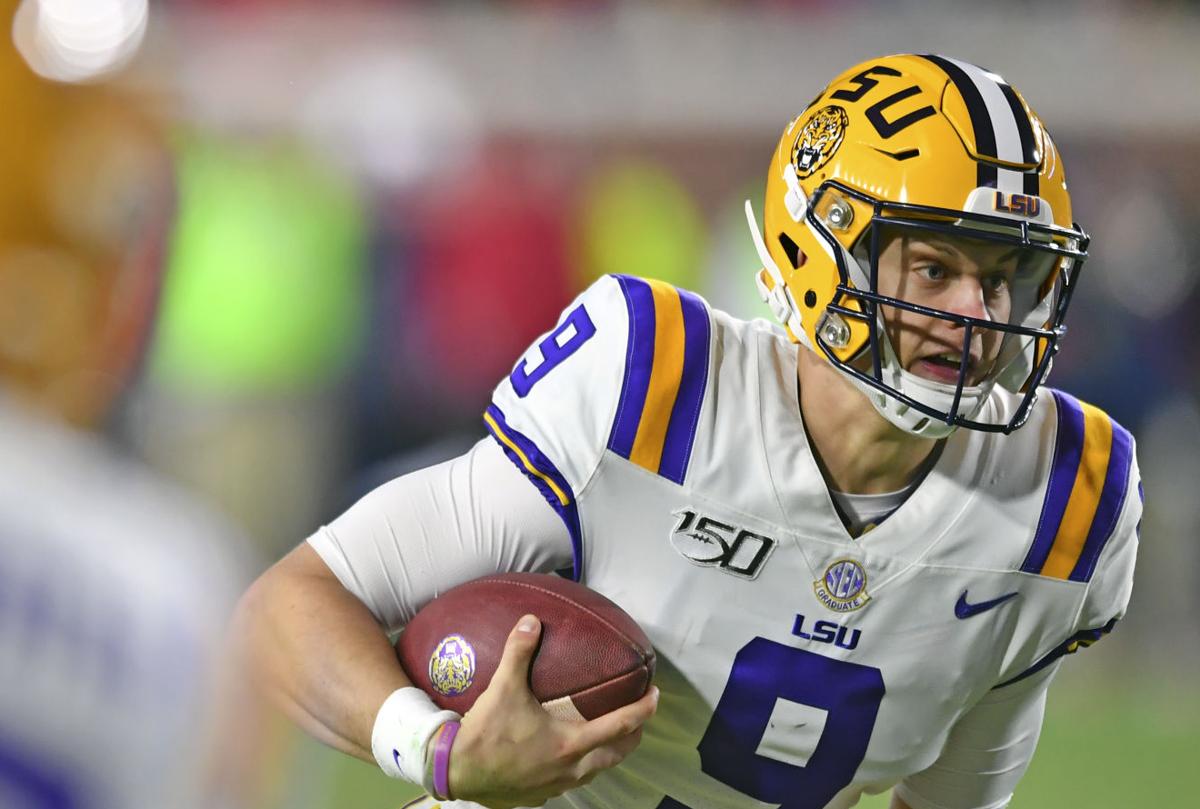 LSU quarterback Joe Burrow (9) keeps the ball as he runs for yardage in the first half against Ole Miss, Saturday, November 16, 2019, at Ole Miss' Vaught-Hemingway Stadium in Oxford, Miss.

There have been times this season when it seems like Joe Burrow is unstoppable, whether he's delivering the ball to one of his talented receivers or tucking it under his right arm to gain yardage with his legs.

In Saturday night's 58-37 win over Ole Miss in Oxford, Mississippi, the Rebels needed a 12th defender on one play — umpire Russ Pulley — to help get the Heisman Trophy candidate on the ground.

On LSU's first offensive play of the second half from its own 25, Burrow took a shotgun snap and faked a handoff to running back Clyde Edwards-Helaire on a zone read and raced toward a gaping hole created by his offensive line.

Running hard up the middle, Burrow spotted Ole Miss safety Ty Rocconi coming straight at him. With his eyes still on the approaching Rocconi, Burrow darted to his left and a second later collided with an unsuspecting Pulley at the 33.

Quarterback Joe Burrow answered questions from reporters on Monday afternoon, two days after he had broken the school record for passing yards in a season and led LSU to a win over Ole Miss.

Pulley went flying and landed four yards downfield while the 6-foot-4, 215-pound Burrow bounced off the official and continued on to a 15-yard run before Rocconi made the tackle.

Fortunately, Pulley didn't seem to be hurt and smiled when Burrow briefly chatted with him on his way back to the line of scrimmage for the next play.

During his weekly media availability Monday, Burrow was asked about the close encounter and said he couldn't remember running into an umpire before.

With his hands resting on his knees, the umpire lines up about 8 yards behind the defensive line in the middle of the field.

"Honestly, I don't think it's ever happened to me before," Burrow said. "Yeah, I was just trying to get away from the safety. I thought it was going to be a big run and then I just ran into somebody. Turns out it was a ref."

After an Ole Miss defender helped Pulley to his feet, he shared a smile with Burrow as Burrow appeared to say something to the Southeastern Conference official.

Rabalais: Arkansas has an interim coach. Ed Orgeron fully expects a 'fired up' group of Hogs.

You had to give LSU coach Ed Orgeron his props on this particular “Tell the Truth Monday.”

"I told him he was going to be a little sore tomorrow (Sunday)," Burrow said with a smile.

LSU safety JaCoby Stevens, who said he was glad Pulley wasn't injured, laughed Monday when asked what grade he gave Burrow for the tackle.

"A-plus, man," Stevens said. "Joe can be a linebacker. Honestly, he could play linebacker if he wanted to. It was pretty funny … the ref has to get out of the way, I guess."

Peek at LSU vs. Ole Miss film: Inside the defensive issues that gave up 614 total yards

Heisman watch: The award is in LSU QB Joe Burrow's grasp if he can do these two things

For a guy who was 200-to-1 to win the Heisman Trophy this summer, Joe Burrow is a stunningly overwhelming favorite now. BetOnline.ag puts him …