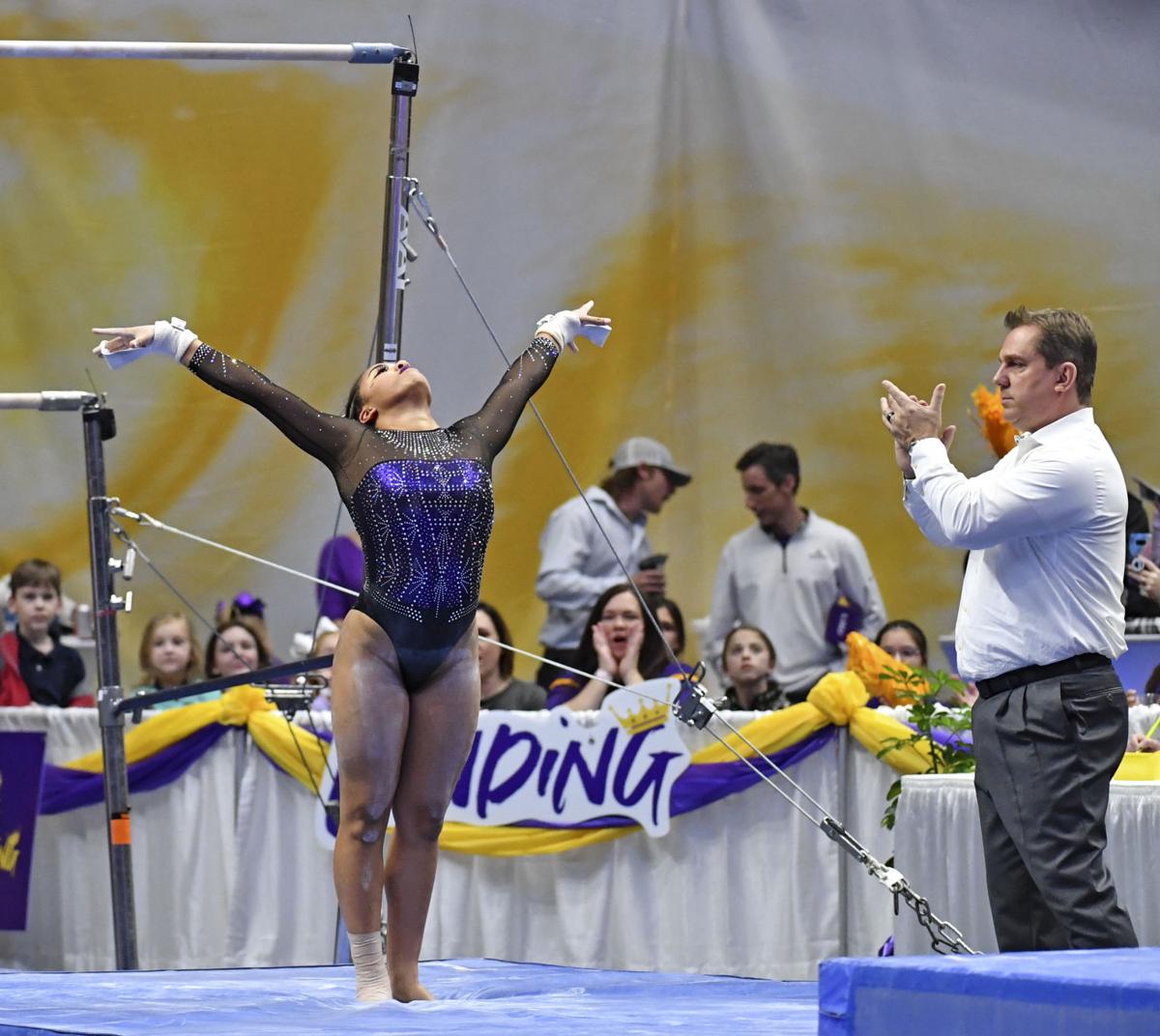 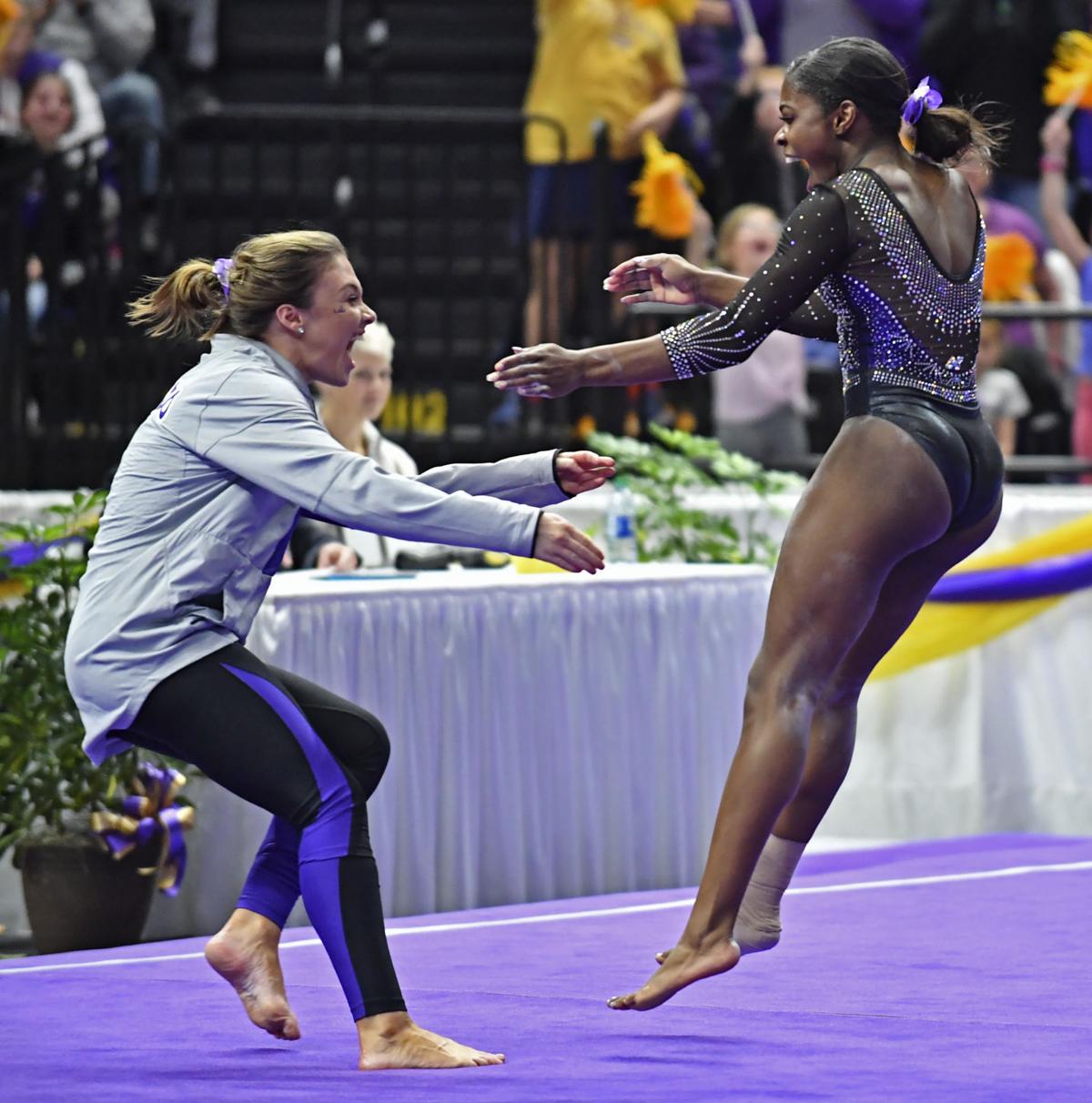 Vault usually is where the 2020 LSU gymnastics team wins events. The Tigers came in ranked second in the nation in that discipline behind only No. 1-ranked Oklahoma.

But vault is where an undermanned LSU team dug itself a hole in floor of the Pete Maravich Assembly Center on Friday night against Alabama. A hole the Tigers couldn’t climb out of over the final three rotations.

No. 6-ranked LSU trailed by more than a half-point to start and ended up on the short end of a 196.775-196.425 score against No. 7 Alabama before an enthusiastic crowd of 12,637, the fifth-largest crowd for gymnastics ever at the PMAC.

The Tigers dropped to 3-2 overall and 2-2 in the Southeastern Conference with their second straight loss, dimming LSU’s hopes of winning the conference regular-season championship. Bama improved to 2-3-1 and 2-1.

LSU came into the meet shorthanded because of injuries and it showed. Senior all-arounder Kennedi Edney was limited to balance beam and floor exercise because of a sprained elbow she suffered Thursday in practice. Junior Sarah Edwards (vault, floor) was in a walking boot after suffering a left ankle injury last Friday at Florida and was unable to compete. LSU got junior Christina Desiderio back on balance beam for the first time since the Jan. 3 season opener against Arizona, but her right leg was bound tight because of a hip injury that kept her out of any other events.

“We knew tonight would be difficult for the fact that we didn’t have Sarah Edwards and we were happy to get two events out of Kennedi,” LSU co-head coach D-D Breaux said.

“We thought we’d maybe be one- or two-10ths behind Alabama without Kennedi (on the first rotation). Bama is a good bars team. I didn’t think we’d have to count one or both of our walk-on’s scores, but we did. Ruby (Harrold) had a lifetime best vault at Florida …”

LSU had to throw out a 9.225 from Harrold, who had a 9.95 on that event at Florida, when she seated the landing, Breaux asserting she was trying to do too much with her routine. LSU had to count a 9.575 from freshman Maddie Rau as well as a 9.65 from New Orleans sophomore Rebecca D’Antonio, scores that led to a 48.750 despite a winning 9.95 from freshman Kiya Johnson. It was the Tigers’ third-lowest score in any event this season and put LSU down 49.300-48.750 after the first rotation.

With Gov. John Bel Edwards and First Lady Donna Edwards looking on, the Tigers clawed back on uneven bars. Again competing without Edney, LSU got a winning 9.90 from Harrold to cut Bama’s lead to 98.325-98.000 at the halfway point. But a strong floor routine from Alabama, with a 9.95 from Makarri Doggette and a 9.90 from Lexi Graber, helped the Crimson Tide pull away to a 147.650-147.250 lead going to the final rotation. Alabama scored a 49.325 on floor while LSU turned in a 49.250 on beam, managing only 9.875s from Edney and Reagan Campbell.

Campbell got a 9.95 from one judge but a 9.80 from the other, an unusual disparity in collegiate gymnastics scoring.

“That should not have been the score,” said Breaux, who filed an inquiry with the head judge but was denied. “It was the best beam routine of the night.

“The explanation I got was not acceptable. They said she had a break between her front aerial and her leap, which she did. But she didn’t need it to have the bonus in her routine.”

LSU made up a little ground on floor with another stellar routine from Johnson. She posted a 9.975 in her third straight meet to win the event. The freshman also won her third all-around title in five meets with a 39.600 to a 39.475 for Graber, giving her 12 individual titles in her first five collegiate meets.

“I love doing my routine in the PMAC,” Johnson said. “There’s so much energy. The fans are so into it.”

LSU steps out of SEC action next Saturday in Corvallis, Oregon for a three-team meet at Oregon State with Arizona State. The Tigers are next home Sunday, Feb. 16 against Kentucky.