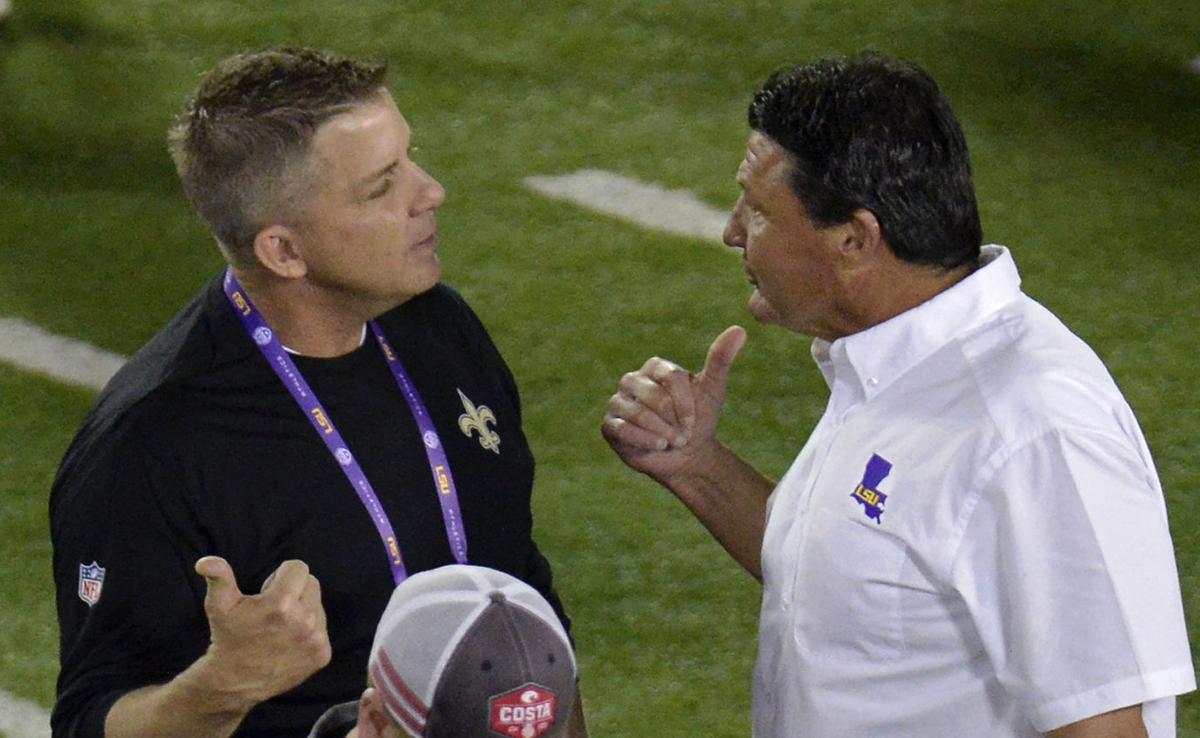 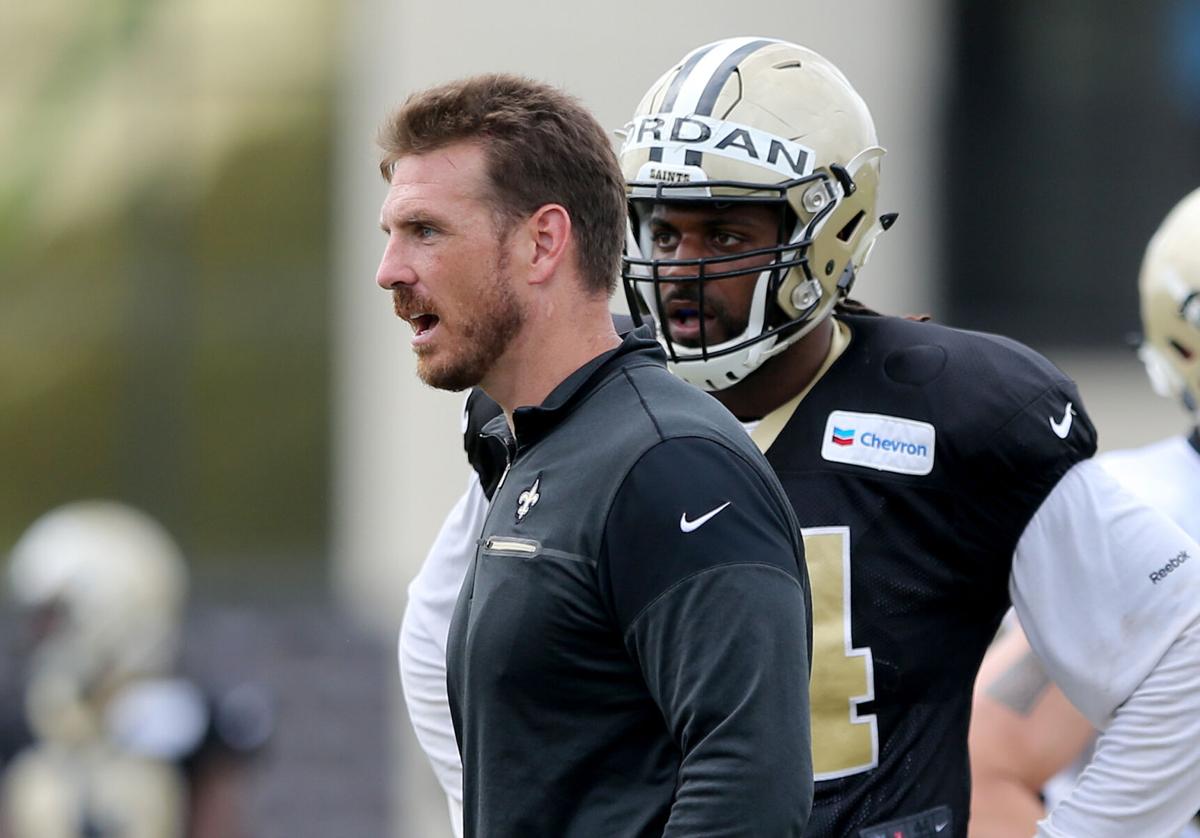 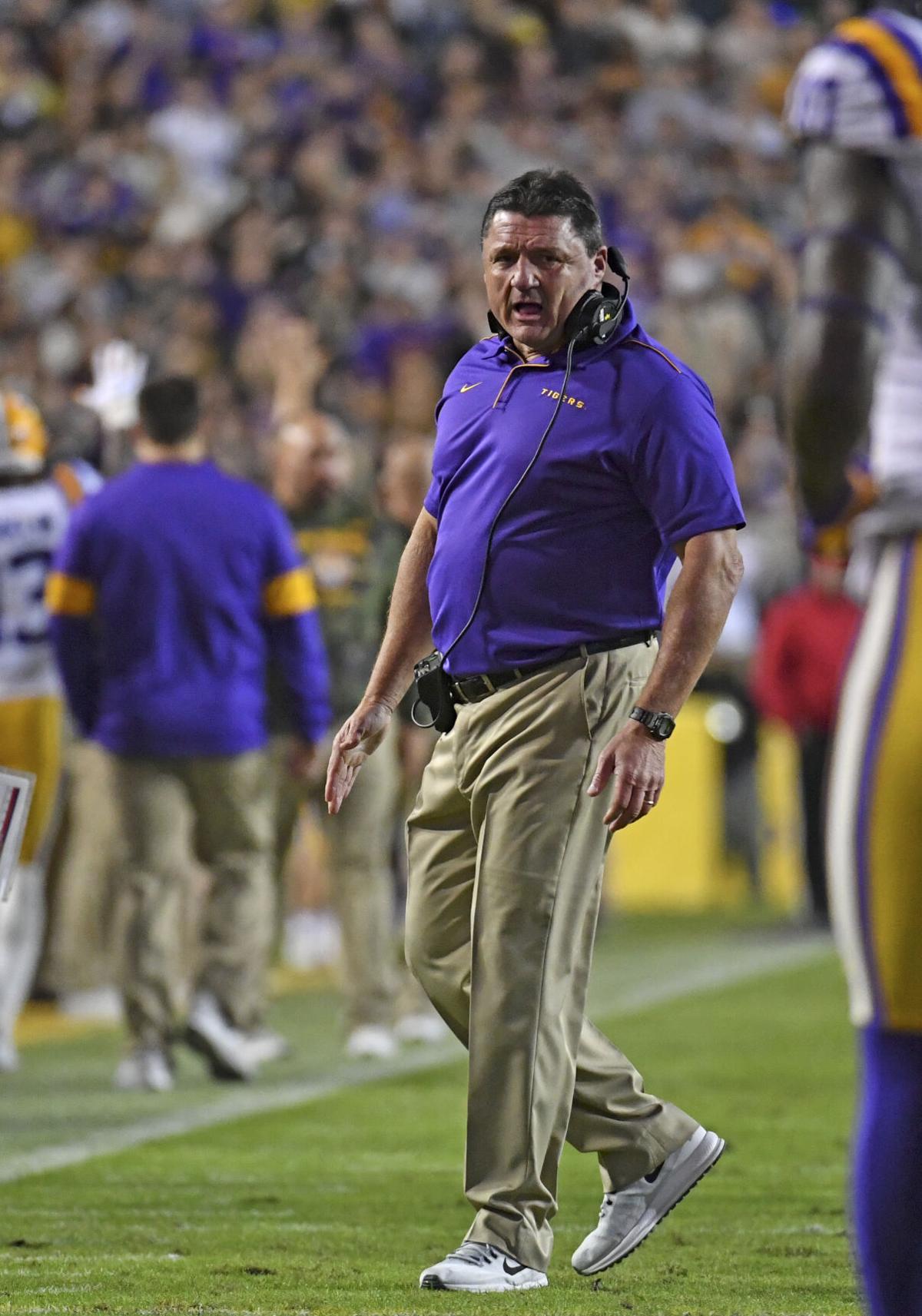 LSU coach Ed Orgeron coaches in the first half between the Tigers and the Arkansas Razorbacks, Saturday, November 23, 2019 at LSU's Tiger Stadium in Baton Rouge, La. 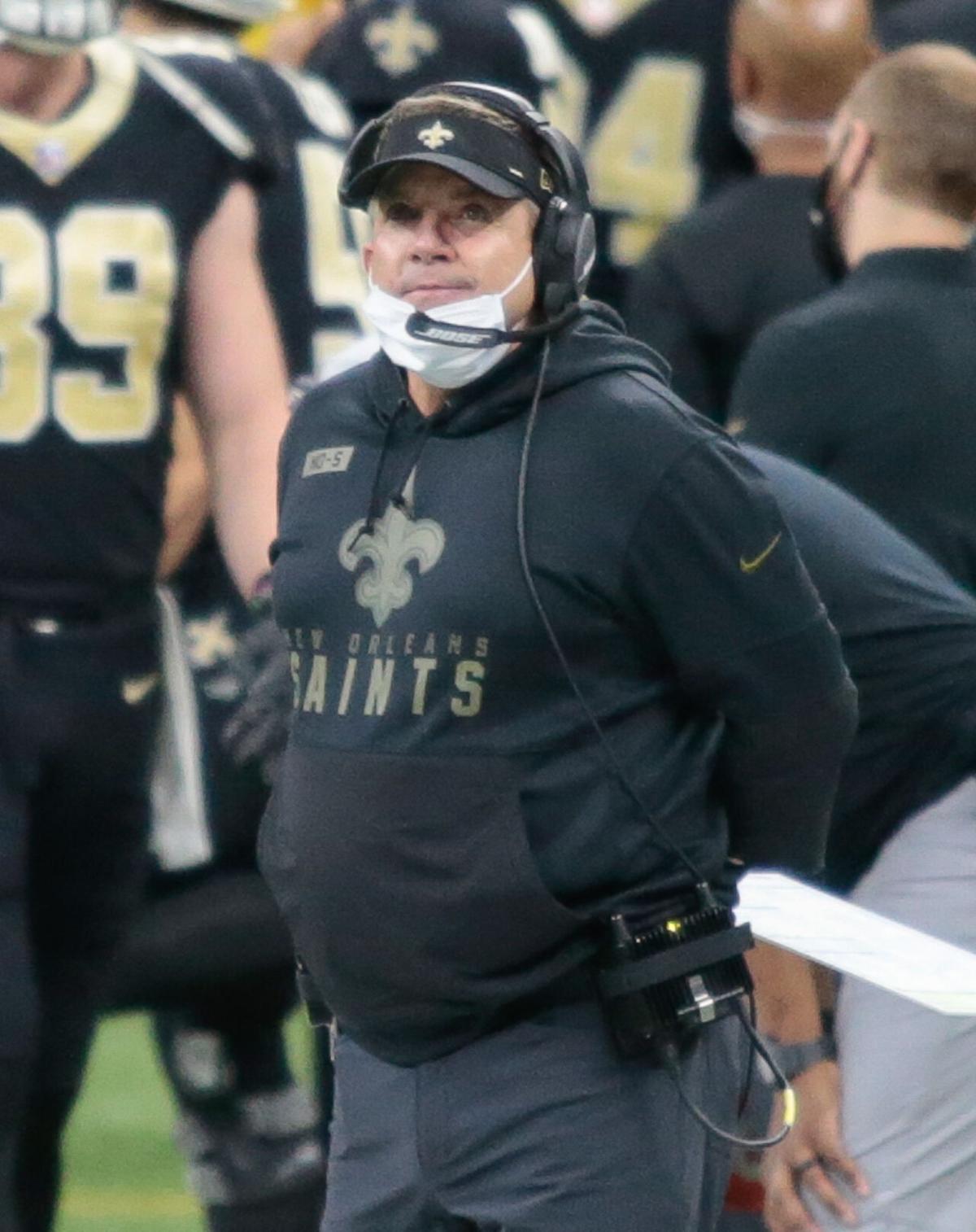 New Orleans Saints coach Sean Payton smiles as time runs out and the Saints win against the Chicago Bears at the Mercedes-Benz Superdome in New Orleans, Sunday, Jan. 10, 2021. The Saints won 21-9.

LSU coach Ed Orgeron coaches in the first half between the Tigers and the Arkansas Razorbacks, Saturday, November 23, 2019 at LSU's Tiger Stadium in Baton Rouge, La.

New Orleans Saints coach Sean Payton smiles as time runs out and the Saints win against the Chicago Bears at the Mercedes-Benz Superdome in New Orleans, Sunday, Jan. 10, 2021. The Saints won 21-9.

The Nielsen ratings on LSU’s failed attempt to hire Saints defensive line coach Ryan Nielsen to be its defensive coordinator aren’t good for anyone.

Not for LSU. Not for the Saints. Not for LSU coach Ed Orgeron. Not for Saints coach Sean Payton. And not for Nielsen, either, really.

Payton looks like Scrooge for keeping Nielsen from taking a job that he clearly wanted, pulling some legal jargon out of his contract (or providing him a magnifying glass) to hold him to a clause that prevents him from leaving for a college gig.

Orgeron and LSU look like they didn’t do enough homework to know that this was a possibility. Or perhaps they did know and Nielsen told them that either he could handle it or the Saints wouldn’t hold him to the letter of his contract.

This doesn’t look like a buyout clause was the problem. This looks like someone, LSU or Nielsen, was caught off guard when the Saints decided to play hard ball.

On one level, a Saints organization that doesn’t always seem to strive for a great relationship with LSU, or appreciate everything the state of Louisiana does for it monetarily, could be more accommodating to one of its own and the college football power program just 76 miles up the road. On the other hand, Payton and general manager Mickey Loomis aren’t running a charitable organization at 5800 Airline Drive. It does add to the odor of the whole situation that Nielsen is now considered so valuable to the Saints he’s getting the added title of assistant head coach and a new three-year deal (again probably with pro-Saints clauses), filling the role vacated by newly named Detroit Lions coach Dan Campbell. But the Saints are a private entity that must win or perish and can choose to angle contracts in its favor. It is up to players — or coaches, in this case — to agree. Or at least beware.

LSU's search for its next defensive coordinator continues.

Perhaps this is a little of Payton feeling burned by the Joe Brady experience. Brady went super swiftly from a low-level Saints assistant (certainly lower in the team hierarchy than Nielsen) to LSU’s much-celebrated passing game coordinator to Carolina Panthers offensive coordinator, all in one year. Payton must now deal with Brady twice a season — using plays he helped invent, no less. And pretty soon, Brady may be the next head coach somewhere keeping the Saints out of the Super Bowl. We may never know, but it would not be a shocker if the clause that kept Nielsen in New Orleans was something added after Brady left for LSU.

In the final equation, the Saints still have their man and LSU does not. Orgeron already got turned down by Cincinnati’s Marcus Freeman, who took the DC job at Notre Dame instead. He’s interviewed other candidates, like Mississippi State DC Zach Arnett, who apparently didn’t merit an offer.

Every day, the clock ticks louder.

With Freeman, Nielsen, and the successful hirings of offensive coordinator Jake Peetz and passing game coordinator DJ Mangas from Carolina, we see a pattern in Orgeron’s hires. He either tends to go for the familiar from his wide web of coaching experience and contacts, which is definitely an asset, or the splashy big name. Sometimes it has worked out, like with Brady. Sometimes it has not, like with Bo Pelini or Matt Canada. Peetz and Mangas may be great hires, coming on Brady’s own recommendation, but we will have to see.

Rabalais: On new offensive coaches, defensive vacancies and the looming question at QB

Good, but not good enough.

Meanwhile, what appears to be lacking in LSU’s staff searches is an abundance of digging, of sifting through the rocks and the dirt to find the up-and-coming diamond. The one who doesn’t have ties to LSU and Orgeron in some way.

As bad as the Tigers’ defense was in 2020, this is a mission-critical hire for Orgeron. Perhaps, ultimately, a job-preserving or -ending one. It is a hire he must get right. And, despite all the worrisome time and candidates who have slipped through LSU’s fingers, it does not mean it is a hire he won’t get right.

But the pressure is mounting to pick out a winner. No one at LSU wants to see the ratings if Orgeron does not.