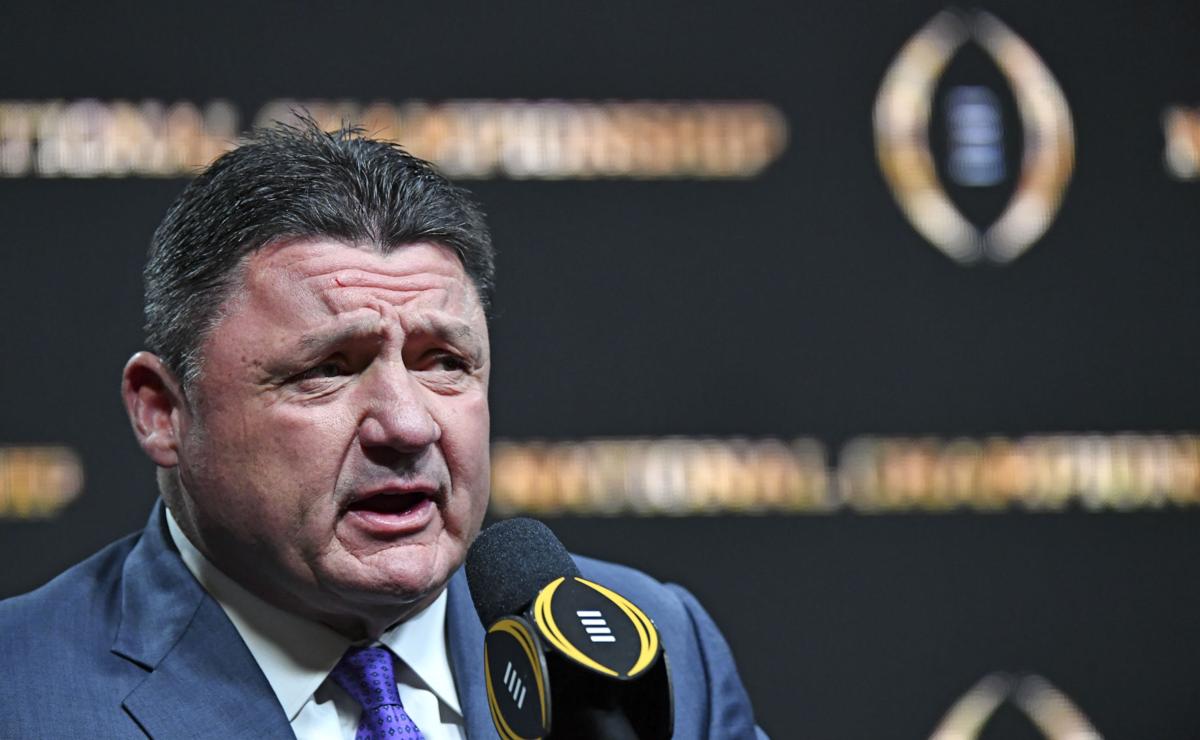 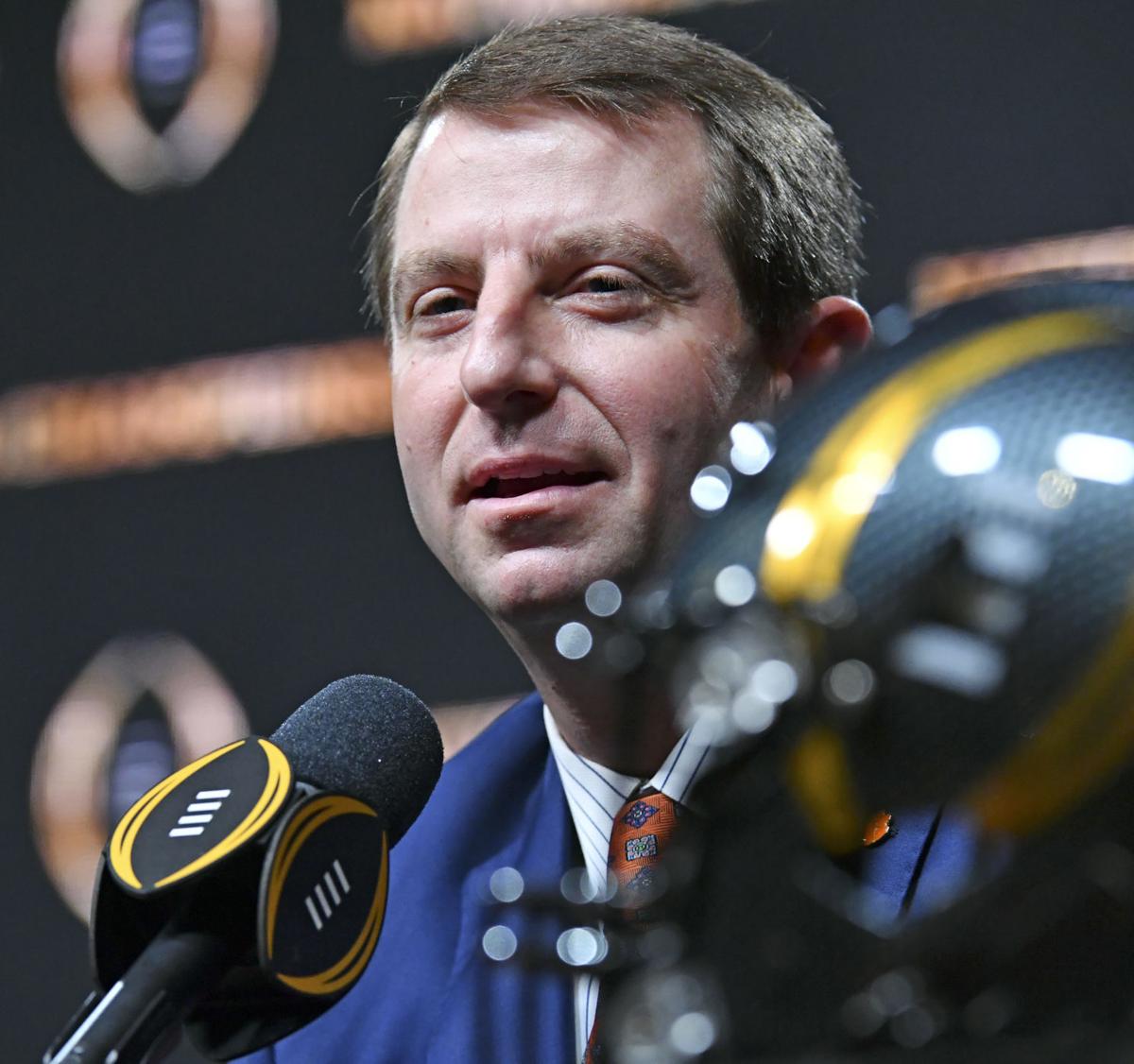 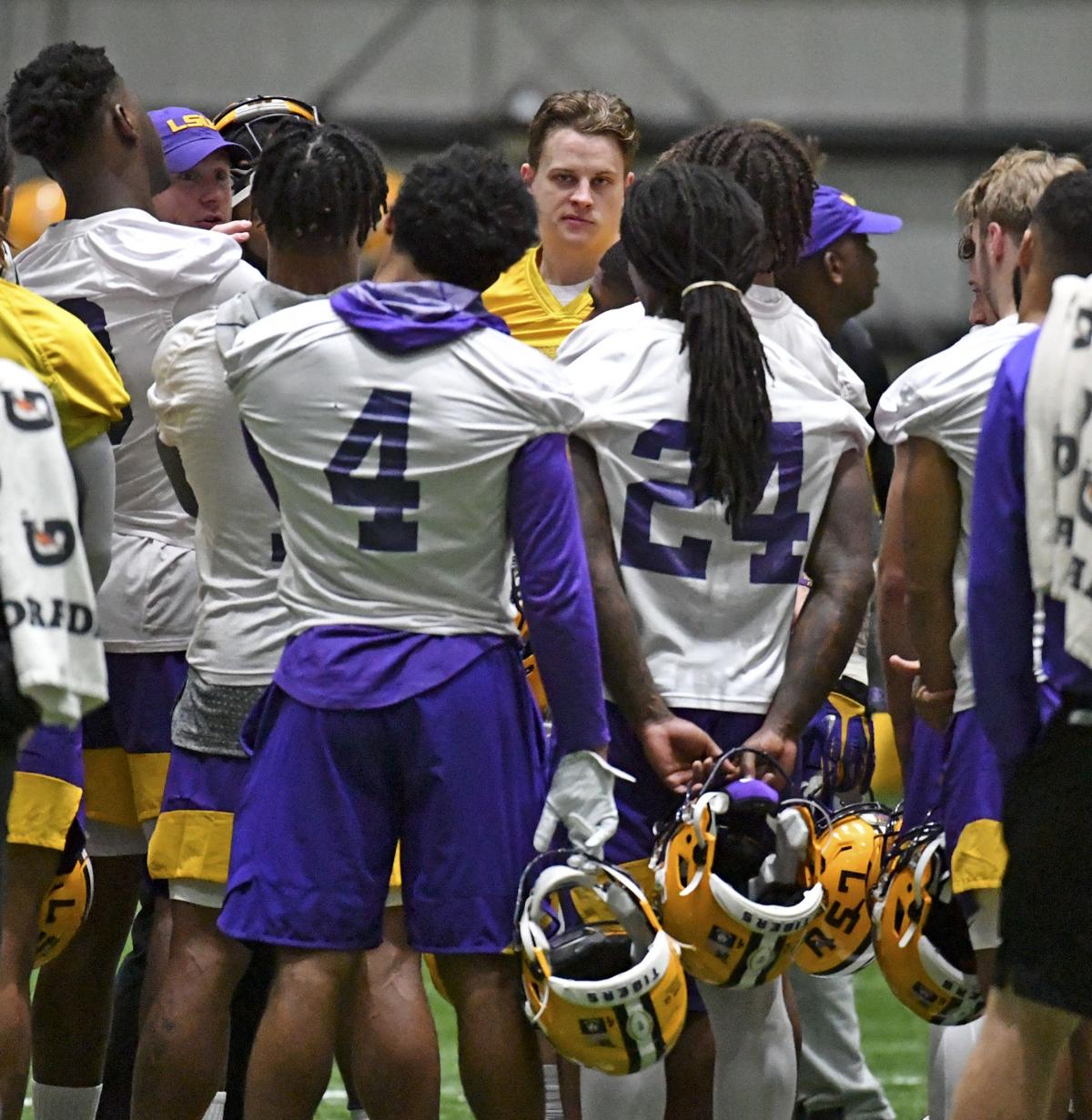 LSU quarterback Joe Burrow, center, speaks with his offense during practice ahead of LSU's matchup with Clemson in the CFP National Championship Game, Saturday, January 11, 2020, at the Saints' facility in Metairie. 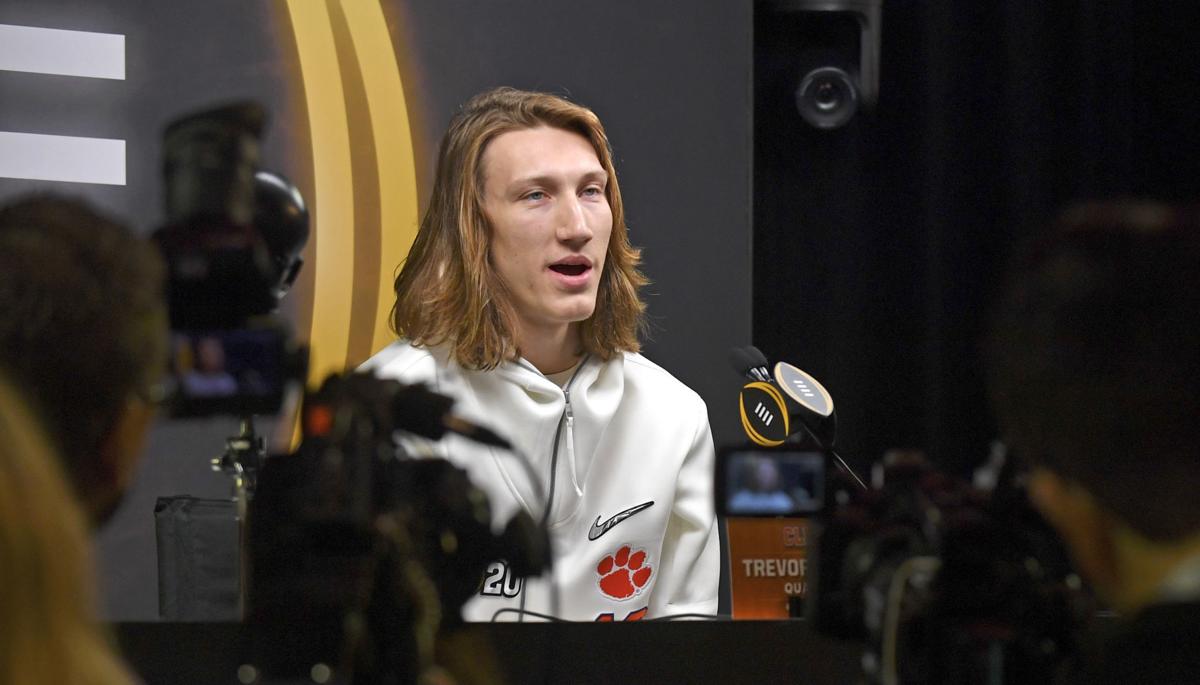 LSU quarterback Joe Burrow, center, speaks with his offense during practice ahead of LSU's matchup with Clemson in the CFP National Championship Game, Saturday, January 11, 2020, at the Saints' facility in Metairie.

The 150th season of college football has also been the longest.

The games started Aug. 24 with something called Week 0. It ends Monday night with the CFP National Championship Game in the heart of New Orleans, a city, as the incomparable Marino Casem once said, built for entertainment. It is the latest a national title has ever been decided.

For much of this long, long campaign, the LSU Tigers and Clemson Tigers have been searching. Searching for the chip to put on their shoulder pads that says, “We’re disrespected. We’re underappreciated.

Two weeks after a cart carried Damien Lewis off the field at the Peach Bowl, the LSU right guard said he will start in the College Football Playoff National Championship game.

LSU may be the No. 1 team with the nation’s No. 1 scoring and total offense, but the Tigers have portrayed their program as the island of misfit toys. A bunch of guys whom no one else wanted, and whose sum is greater than their individual parts.

Coached by Ed Orgeron, who was gutted in 2013 when Southern California didn’t think he was the right timber to go from from interim to full-time coach the way LSU would three years later.

Even Heisman Trophy-winner Joe Burrow wasn’t able to smash the ceiling and win the starting job at Ohio State and looked elsewhere for playing time.

People poked fun at the way Ed Orgeron spoke. That much is true.

They’re not laughing now. And Coach O, who took the LSU job for the undervalued price of $3.5 million per year, is about to be laughing all the way to the bank with a contract brimming with gold.

Ed Orgeron and some members of the LSU coaching staff have sipped energy drinks throughout the facility this season as they led LSU to the College Football Playoff National Championship.

“People that made fun of my accent, I thank them,” Orgeron said Sunday. “That gave me internal motivation to do better.”

Now he is here, with Joe Burrow, who's in the spot he has dreamed of being since he was a boy, when he sat in the stands at the 2002 Rose Bowl and watched his brother, Jamie, play for Nebraska in a 37-14 BCS title game loss to Miami.

When LSU and Clemson met in the 2012 Chick-fil-A (now Peach) Bowl on New Year’s Eve, it marked the end of a frustrating year for LSU’s Tigers.

With his 5,208 yards passing and 55 touchdowns, Burrow may be on the best heater in college football history. He’s won the Heisman Trophy by the biggest landslide ever, reduced record books to kindling and set a standard at LSU that may never be eclipsed.

Still, considering the opposing force is from Clemson, it’s worth wondering if the king and all his men will be enough to win. Because those Tigers are on one of the all-time rolls as well.

Clemson is playing the disrespect card like an ace in the World Series of Poker. Ranked preseason No. 1 after hammering Alabama in last year’s CFP title game, Clemson won and won and won, to the tune of 29 straight over the past two seasons, but dropped and dropped in the rankings to No. 3 behind LSU and Ohio State.

The best thing Clemson wideouts have going for them is time.

“They don’t want us (in the playoff),” Clemson coach Dabo Swinney said back in November (or was it this week?).

As it turned out, LSU ended Georgia with a 37-10 thrashing in the SEC Championship Game. Just the first step on a swashbuckling journey here (take that, Mike Leach) that saw the Tigers scoop up all the trophies and win all the awards.

Add to that the fact that this massive game is here, in Louisiana, in LSU’s backyard. That’s another chip for the Clemson Tigers, who are trying to join Alabama, Notre Dame and Nebraska as the only schools to win three national titles in a four-year span in the AP poll era (since 1936).

“Everyone here is for LSU,” said Clemson’s superb linebacker Isaiah Simmons, who won the Butkus Award (one that got away from LSU). “It’s like another country.”

Follow live as Oklahoma and LSU face off in the Peach Bowl for a spot in the College Football Playoff Championship.

Picking a winner between two would-be underdogs who look like overlords is one of those unanswerable questions. Like deciding which is more beautiful, sunrise or sunset? Or, in the context of a city like New Orleans, trying to decide between Louis Armstrong or Louis Prima.

It wasn’t that long ago when LSU was a long way from title contention. Remember when it looked like Orgeron’s tenure would be short-lived in 2017 after that 24-21 upset by Troy?

Well, LSU and Coach O are 30-5 since then, one of the nation’s best winning percentages. Defeat can be a powerful motivational force.

“I do believe the loss to Troy was a turning point in our program,” Orgeron said Sunday. “It helped us realize what we had to get done. What we had to do as a coaching staff, as players. We could never let our hands down.”

No fear of that Monday night, for either 14-0 team against the other 14-0 team. Both are perhaps too good to lose, though someone has to.

Maybe add something to the stakes. Maybe the loser has to stop calling their stadium Death Valley.

That’s just one of the similarities between LSU and Clemson. Here’s another: Both schools host events called Tigerama. At LSU, Tigerama is an LSU marching band concert. At Clemson, it’s an annual homecoming week pep rally.

The theme for Clemson’s Tigerama in October: “Welcome to the Dynasty.”

And a true reason to have a chip on its shoulder for next season.

If you want LSU-themed snacks for a national championship watch party, here's where to get them