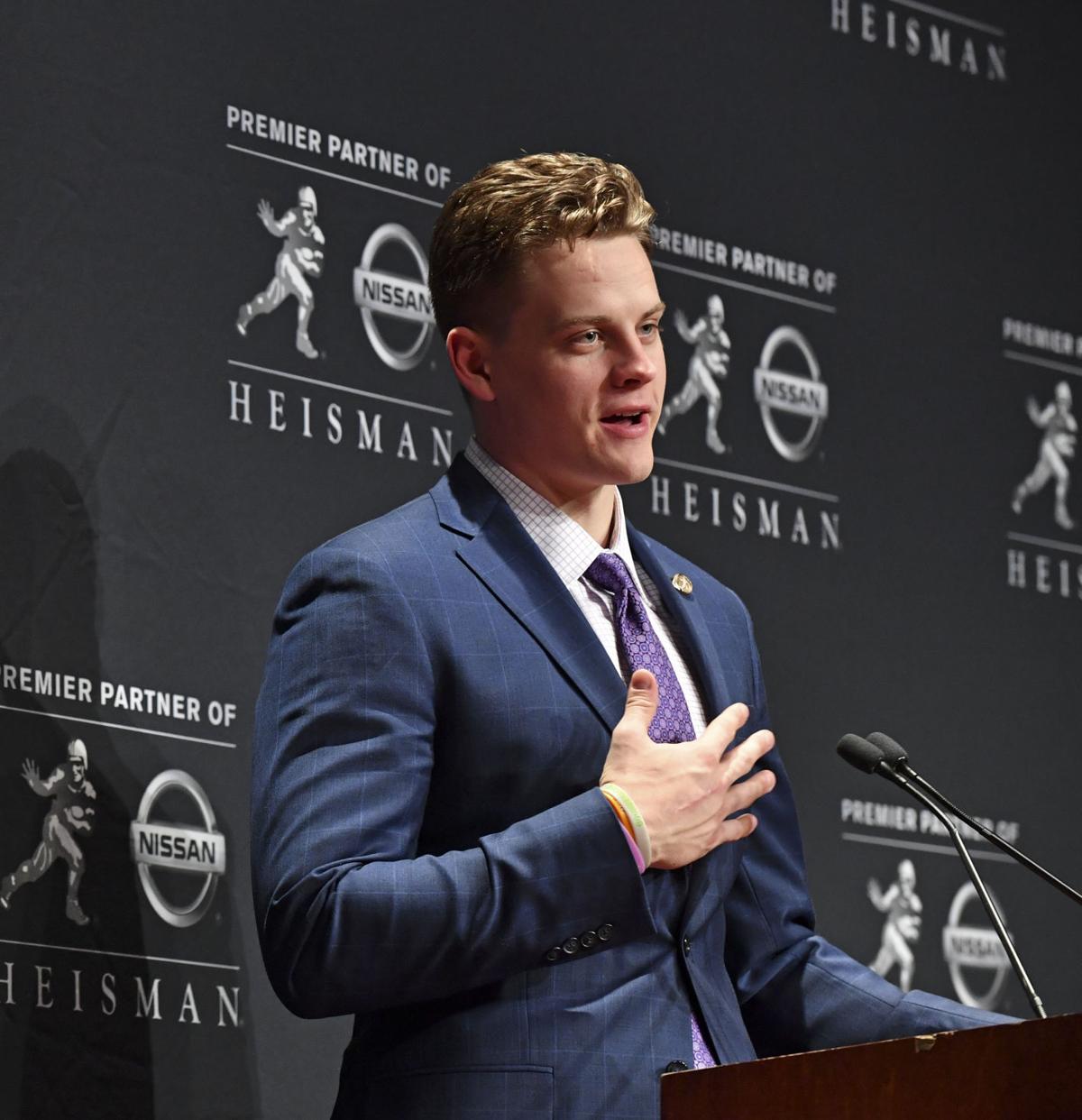 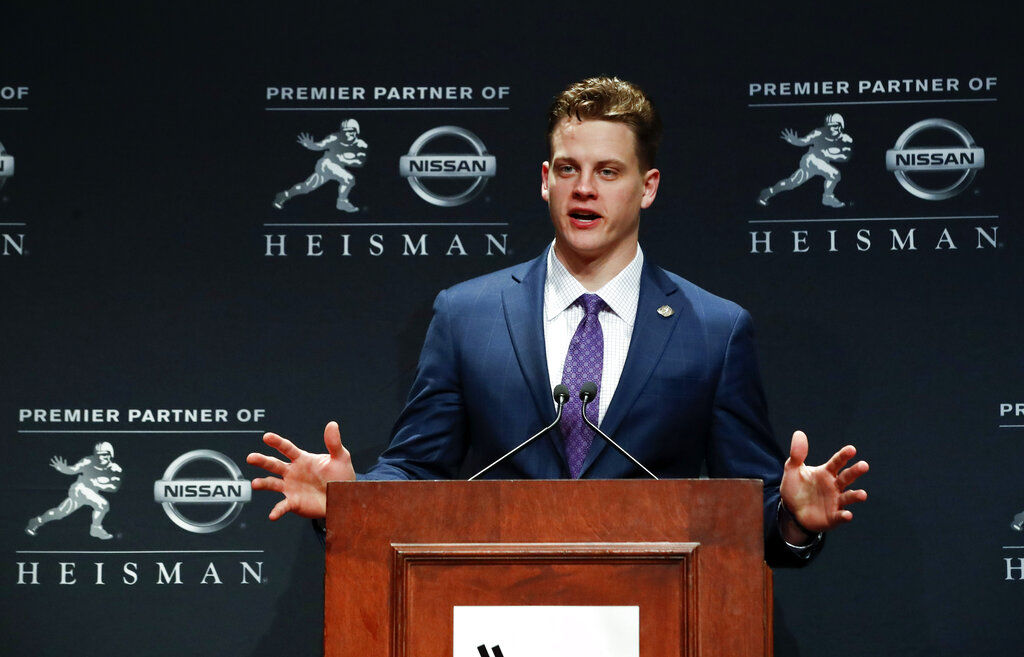 The baffled president of a local food pantry sent a quick text: Just got in...catching my breath.

And as she completed each interview, the donations kept rolling in, thousands and thousands of dollars at a time.

Not even 48 hours had passed since LSU quarterback Joe Burrow gave his emotional acceptance speech at the Heisman Trophy ceremony in New York City, fighting through tears as he addressed the poverty in his hometown.

"There are so many people there who don't have a lot," Burrow said. "I'm up here for all those kids in Athens and Athens County who go home with not a lot of food on the table, hungry after school. You guys can be up here, too."

The speech stirred the creation of several public fundraising campaigns that directed donations to the Athens County Food Pantry.

On the way home from one of her several interviews Monday, Bright saw that the total of the largest fundraiser — a Facebook campaign by Will Drabold, an Athens resident — had reached over $200,000.

Bright, who has served on the pantry's board for 10 years, said the largest single-amount she could remember ever being donated was around $20,000.

Shortly after winning LSU's second Heisman Trophy in school history, quarterback Joe Burrow said he couldn't wait to get away from all the int…

She looked up at her television and saw that the local news cast had begun.

Bright had watched Burrow's Heisman acceptance speech live — "of course I did" — but she wasn't expecting him to talk about one of the most devastating social issues in southeast Ohio.

According to a report the Ohio Development Services Agency released in February, 30.2% of the population in Athens County lives in poverty — the highest rate in the state and nearly three times higher than the national average, 11.8%, according to the U.S. Census Bureau.

Founded in 1798, Athens once flourished in the timber industry, then oil extraction, then coal.

There are hardly any large industries remaining in the area, Athens Mayor Steve Patterson said.

The area's top employer is Ohio University, then the local hospital, then Walmart.

"That kind of paints one picture for you," Patterson said.

Bright says the Athens County Food Pantry serves about 400 families a month. The region has an estimated food insecurity rate of 20% — a statistic, Bright said, that calculates people who "have to wonder and worry will you be able to have healthy food to sustain a healthy lifestyle."

'Yet' has a name; Joe Burrow expected to be LSU's first Heisman Trophy winner since Billy Cannon

Dot Cannon hurried to the mirror. She applied lipstick quickly, carefully. She wanted to look at least halfway decent when she first met the p…

She spoke of one school in The Plains — an unincorporated part of town where Burrow lived — where 15 kindergartners arrived at school on a Monday morning and each ate four bowls of cereal.

"It tears into the fabric of a family," she said. "Kids are smart and they know when mom says (at the dinner table), 'Go ahead and take that, I don't need it.' They know mom needs it and is giving it away.'"

A week after LSU football players took in a major haul in individual national awards, four players were named AP All-Americans on Monday.

At less than 50 cents per meal, Burrow's speech has essentially provided over 126,000 meals in just a matter of days.

Patterson said, "People are going to be able to have access to food, hopefully throughout the winter and then some."

But how all the donated money is eventually used is yet to be determined, Bright said. It's status quo for the organization to provide families with a three-day supply of food. So possibilities range, she said, from doing more food bags to putting more food into the bags, or even creating additional programs to feed the hungry.

Joe Burrow has set records in an LSU uniform all season. On Saturday he proved he could do it while wearing a suit and tie, too.

The conversations have only just begun, Bright said, since they've only discovered the donations within a few days.

As the local newscast continued in the background, Bright considered the impact Burrow's speech will have on her community, the unexpected gesture from a young man she had never met, followed by the unexpected response from people she probably never will.

She said she had tears in her eyes.

"Thank you is not enough to adequately cover it," Bright said. "I have no words beyond that. Thank you is what we've got, but it comes from the bottom of our hearts."

Patterson said the city is planning an official "Joe Burrow Day" in Athens to celebrate the Louisiana quarterback who remembered his home, and they're working out the date with the Burrow family so it can occur when Joe is in town.

"We are so amazed and so grateful," Bright said. "Whoever made this possible. We're just completely filled with gratitude and amazement."

After guiding LSU to its first appearance in the College Football Playoff and winning the team's first conference title in eight seasons, LSU …