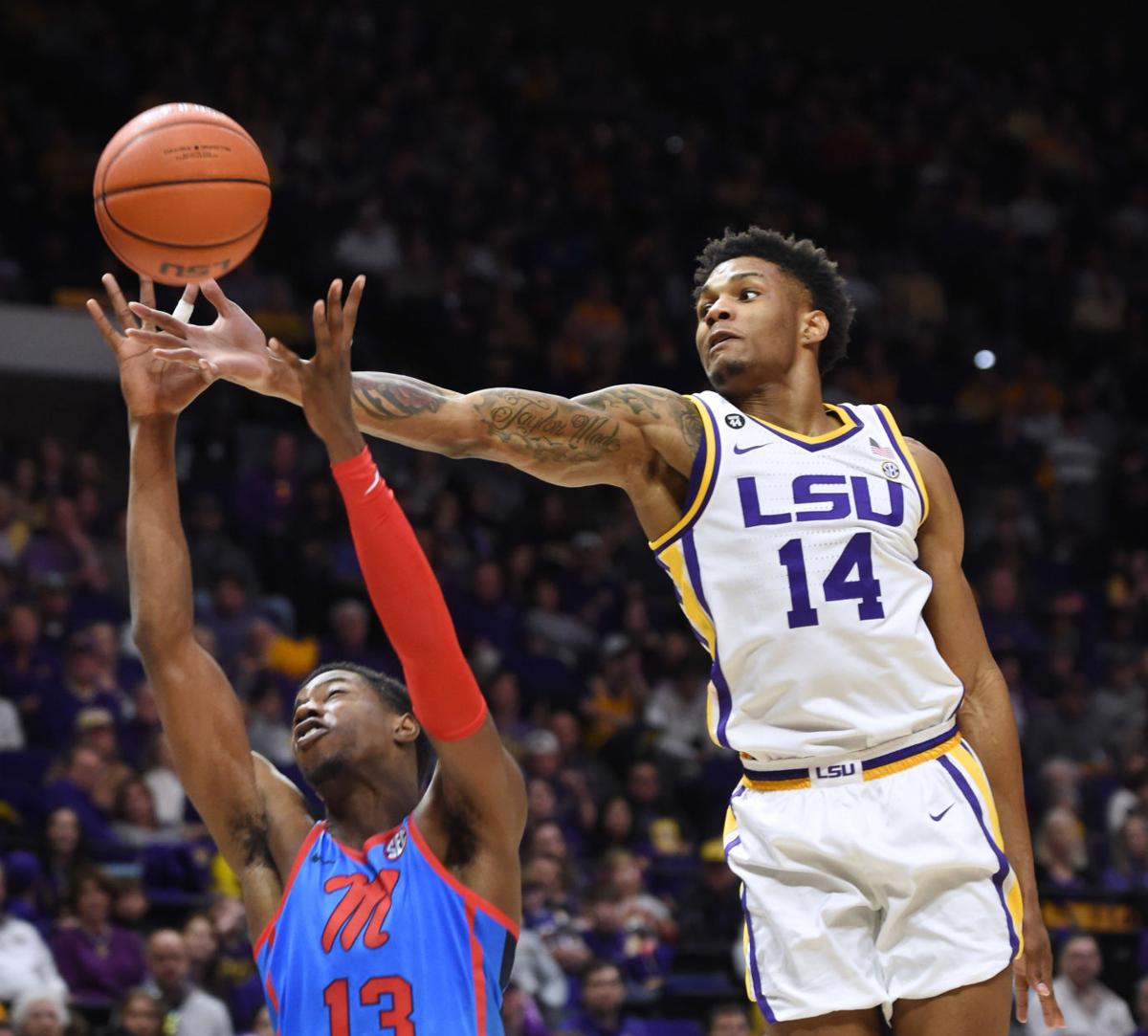 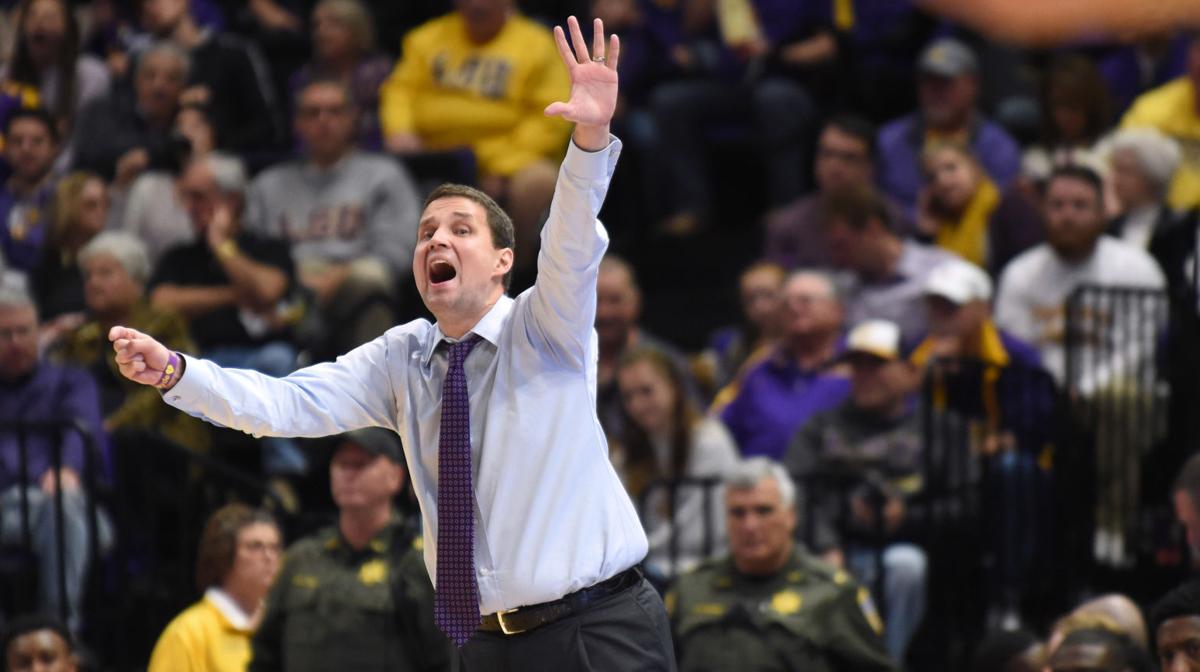 LSU coach Will Wade shouts instructions to his players during the Tigers' 73-63 win over Ole Miss, Saturday, Feb. 1, 2020 at the Pete Maravich Assembly Center. 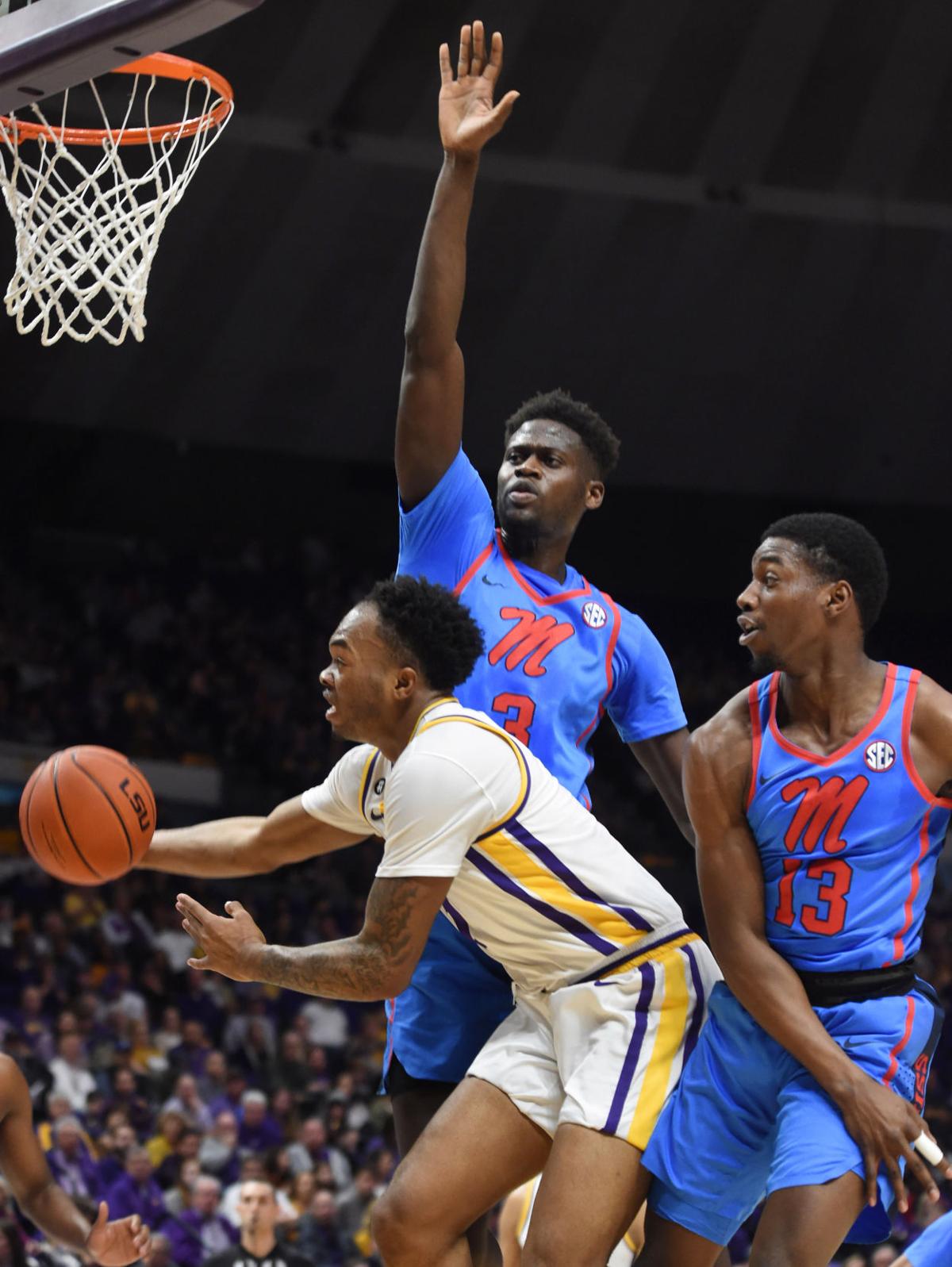 LSU coach Will Wade shouts instructions to his players during the Tigers' 73-63 win over Ole Miss, Saturday, Feb. 1, 2020 at the Pete Maravich Assembly Center.

This was no game of chicken Saturday between LSU and Ole Miss.

No, I’m not talking a game of “I dare you!” “I double dare you!” childishness. It’s just that if the LSU basketball team scores 75 points, fans can get free chicken at a local chain with their tickets.

They left a little disgruntled, or just hungry, after this latest win, a 73-63 decision over the Rebels (it didn’t help that the 11 a.m. tip straddled the lunch hour). The sight of Will Wade pulling on his jacket and signaling Javonte Smart to run out the clock didn’t sit well with the tummies of the 11,112 fans in attendance.

In the end, it’s all good for LSU. The way these Tigers have been racking up the wins has been more than tasty enough.

10 in a row: Javonte Smart goes for 21 points to lead LSU to win over Ole Miss

On the day LSU celebrated the 50th anniversary of Pete Maravich breaking the NCAA Division I scoring record, the current team again did what i…

While LSU’s football team was boat racing opponent after opponent en route to the national championship, the LSU basketball team was flying under the radar. While Joe Burrow was broadly smiling on Broadway as he lifted his Heisman Trophy in Times Square, the basketball Tigers were playing off, off Broadway in terms of headlines and top of mind awareness.

An 7-4 record prior to the start of conference play didn’t do a lot to inspire confidence in a team that lost three starters, most importantly point guard Tremont Waters and 6-foot-10 forward Naz Reid.

But as an LSU championship January retreats into the history books, these Tigers are proving again that they are no mere placeholder between the end of football and the start of baseball season.

They are building another special season of their own, with 10 consecutive victories pushing LSU to 17-4 overall and 8-0 in the Southeastern Conference for just the fourth time in school history.

The last time that happened? Way back in 1980-81 when LSU won its first 17 SEC games en route to what is still regarded as the Tigers’ greatest season ever, ending up 31-5 and in the Final Four.

This team may not be all that, all Rudy Macklin and Howard Carter and Leonard “Swat” Mitchell. There isn’t a player on this team who you would say will have their name hang from the Pete Maravich Assembly Center catwalk one day with Macklin and the great Maravich himself, who was honored Saturday for the 50th anniversary of his breaking the NCAA scoring record.

But this team of Tigers has something going on. Though they lack height other than 6-foot-9 freshman Trendon Watford, who seems to be brushing up against a double double every time he takes the floor, they crash the boards like crazy.

Watching LSU pound teams into submission (the Tigers outrebounded the Rebels 42-30, their seventh straight game outboarding the opposition by double digits) is like someone tenderizing a steak. Unlike a lot of modern teams they don’t rely on the 3-pointer — LSU was an efficient 4 of 10 from the arc Saturday but only 11th in the SEC entering play. They just attack and attack and attack the basket, either getting the two or parading to the free-throw line.

Will Wade: Pete Maravich's legacy a reminder and key piece of the current LSU basketball program

On the 50th anniversary of Pete Maravich breaking the NCAA Division I scoring record, LSU coach Will Wade took the time Friday to reflect on w…

Will Wade is usually a pretty good judge of his basketball teams, but this one has surprised him a bit. With losing Reid and 6-11 Kavell Bigby-Willians and returning Skylar Mays and Javonte Smart in the backcourt, he expected LSU to rely more on its outside shooting.

“I still think we’re a good (perimeter) shooting team,” said Wade, whose Tigers came into the game leading the SEC with a .480 shooting percentage. “I know that sounds crazy. I thought we’d shoot it better and struggle more inside.

“But at the end of the day we are who we are. There are going to be some games where we make 3s and shoot it well. But you’ve got to adjust and make some different moves based on personnel, and that’s what we’ve tried to do.”

The results have been favorable, if not always beautiful to watch. LSU just recently put end to a string of six straight wins by four points or less. Wade raised some hell with his players and they responded Wednesday by pasting a dangerous Alabama team into their scrapbook by a 90-76 count. Saturday they led by 24 in the first half and ground out another double-digit win in the second despite only four points from a foul-plagued Mays and a disappointing (by LSU standards) 23 of 34 effort at the line.

Now the fun begins. After what should be another victory Wednesday at Vanderbilt (0-7 in SEC play entering Saturday) the Tigers should head to Auburn next Saturday an attention-grabbing 18-4 and 9-0. Big dates follow at Alabama on Feb. 15, Kentucky on Feb. 18, at Florida on Feb. 26 and at Arkansas on March 4.

Rabalais: Remembering 'Pistol' Pete Maravich and the 50th anniversary of his brilliance

Most days, the doors to LSU’s John M. Parker Agricultural Coliseum sit locked tight while students rush past to their classes or Tiger fans st…

LSU will need to continue to play at a high level, higher even, to keep winning. But this team has multiple ways to score. If not Mays, its Smart getting 21 Saturday, or Marlon Taylor giving a double-double with 11 points and 13 rebounds. And defense and rebounding are always looking like a contstant.

“Today was just my day,” Taylor said. “Each game is someone’s night.”

That seems to be the case for LSU right now.

Maybe the next home game will be a free chicken night, too.

Maybe it's still too early to compare, but LSU basketball team's season looks a little familiar

As conversation-starters go, the question wasn’t a bad one.