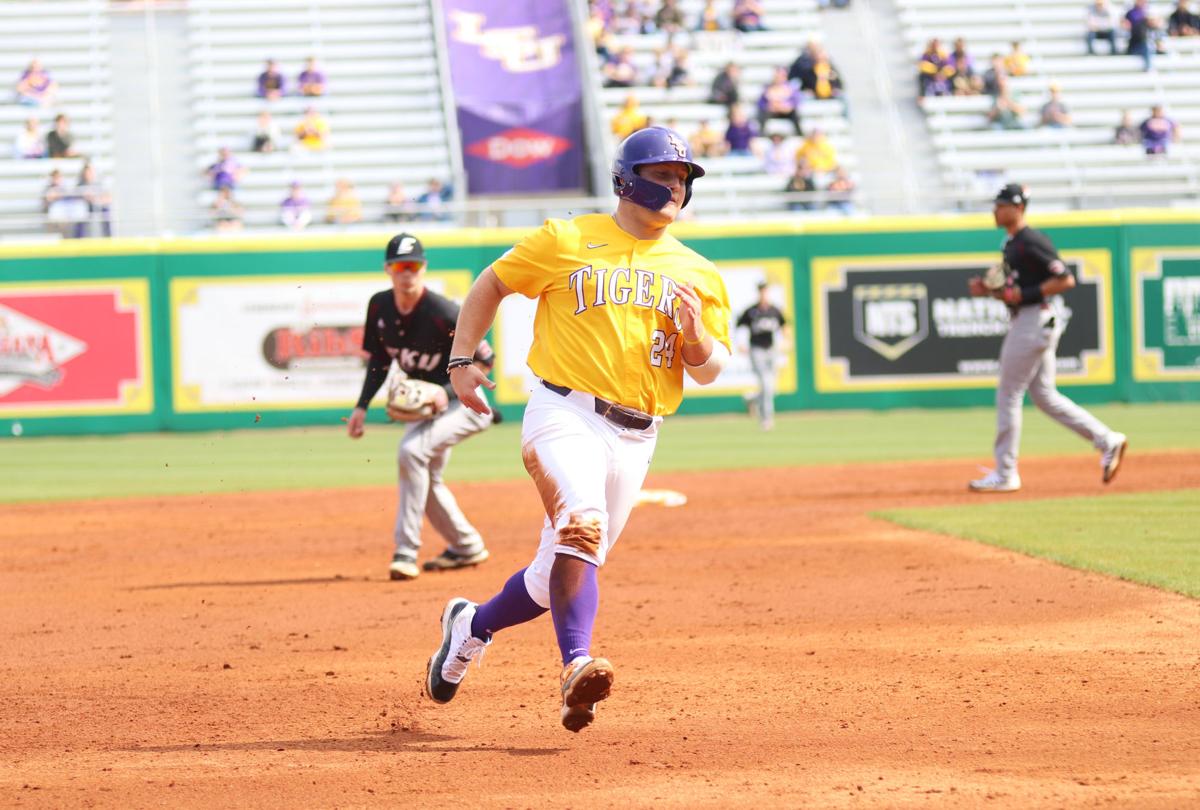 LSU’s Cade Beloso runs to third base against Eastern Kentucky during the match up held at Alex Box Stadium on Sunday. 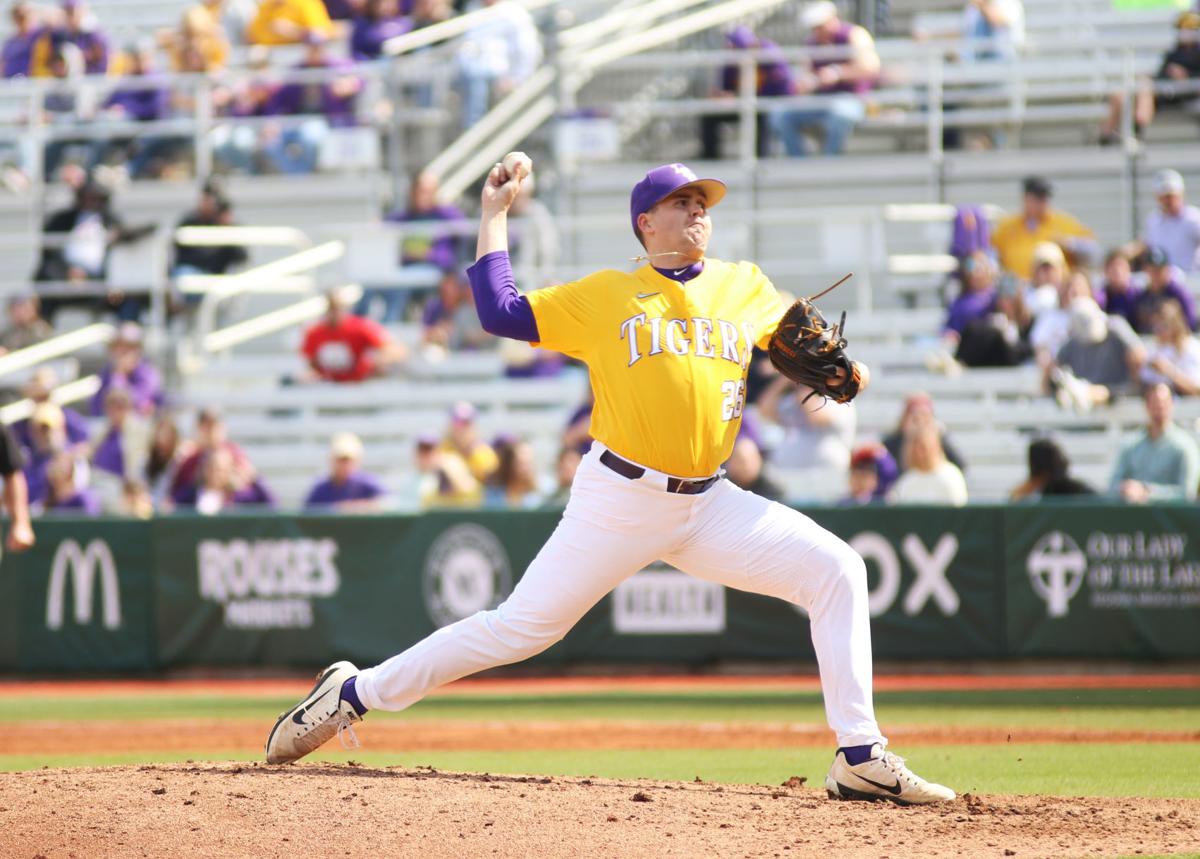 LSU’s pitcher AJ Labas pitches against Eastern Kentucky during the match up held at Alex Box Stadium on Sunday.

LSU’s Cade Beloso runs to third base against Eastern Kentucky during the match up held at Alex Box Stadium on Sunday.

LSU’s pitcher AJ Labas pitches against Eastern Kentucky during the match up held at Alex Box Stadium on Sunday.

AJ Labas asked his friend and teammate, sophomore Landon Marceaux, for tips before starting against Eastern Kentucky on Sunday afternoon.

Labas wanted to know how Marceaux had baffled the Colonels during the greatest start of his career Saturday. Marceaux advised Labas to locate his fastball on either side of the plate and control at least one off-speed pitch.

“You'll be fine,” Marceaux told him.

Labas pitched seven innings as No. 12 LSU beat Eastern Kentucky 10-2, winning the series inside Alex Box Stadium. Similar to Marceaux the day before, his start boosted the LSU hitters, who entered the game determined to play with energy.

“So far this year, that was our most complete game,” sophomore first baseman Cade Beloso said. “Domination from start to finish.”

Offensive problems had saddled LSU most of the week. The Tigers had scored eight runs over their previous three games. They were shut out Friday night, leaving the team stunned.

LSU improved as it won Saturday, but coach Paul Mainieri wanted more consistent production. He tweaked the lineup for the eighth straight game.

“We were like, 'You know what? We're just going to get after it no matter what happens,’ ” third baseman Zack Mathis said.

LSU took an early lead against Eastern Kentucky (4-2), then batted around in an explosive third inning. The first five hitters reached base. Mathis batted twice. LSU scored seven runs before the final out, the most it has recorded in one frame this season.

But before LSU blew open the game, its defense protected a 2-0 lead in the second inning. With one out and one runner on base, Eastern Kentucky second baseman Daniel Harris IV smacked a line drive. It looped toward the left-field corner.

“Oh, no,” Mainieri said, thinking the ball was headed over the fence.

Left fielder Drew Bianco sprinted toward the ball. He crashed into the wall as he caught it, falling to the ground. Bianco hopped to his feet. He fired the ball to second baseman Gavin Dugas, who relayed it to Beloso before the runner returned to the bag.

The 7-4-3 double play highlighted LSU’s defense on Sunday. The Tigers also didn’t commit an error for the first time this season.

Labas threw five scoreless innings before he allowed a two-run double in the sixth. He commanded his fastball and changeup throughout his start, recording six strikeouts and one walk. Labas limited Eastern Kentucky to four hits.

The Tigers felt disappointed after their loss Friday, but led by the starting pitchers, they won the series. And after playing their best game of the season Sunday afternoon, they felt rejuvenated.

“We're still early in the season, and guys are still getting their swings down and their confidence going,” Mainieri said, “but today I think was a big step in the right direction.”