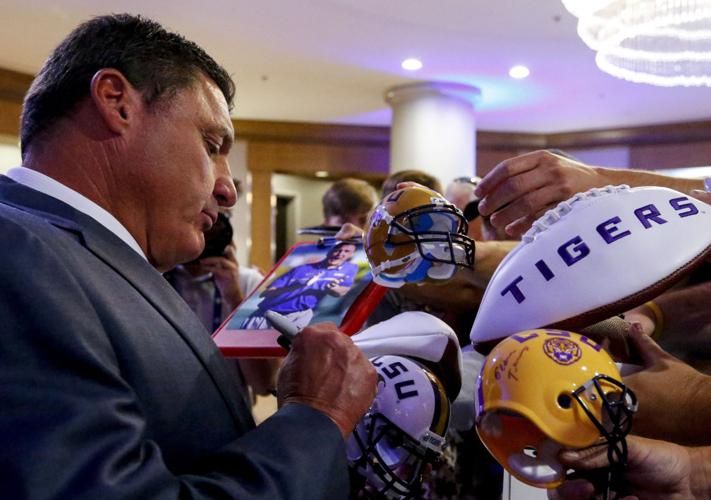 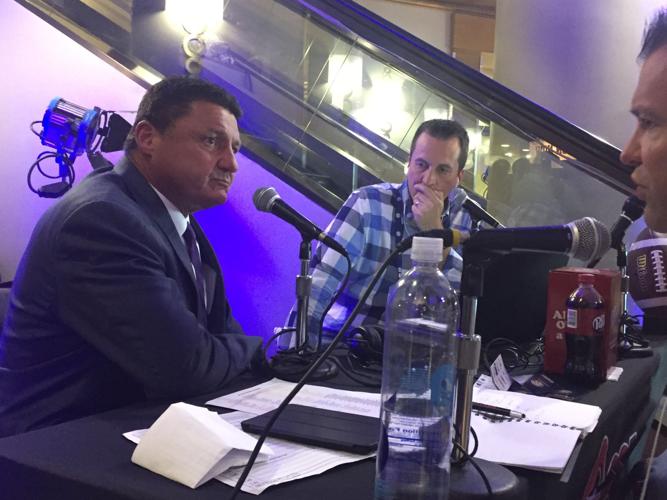 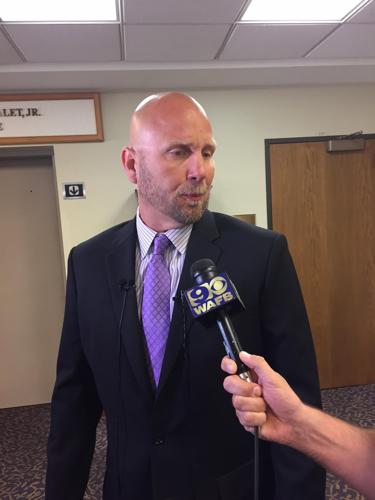 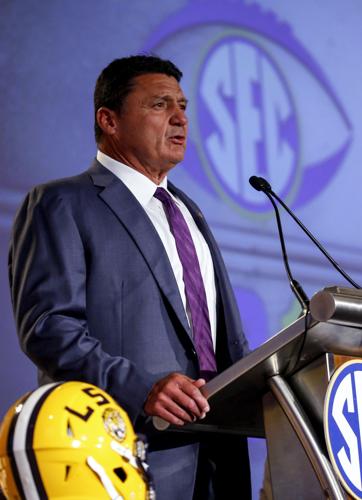 Talk’n season is over.

For Ed Orgeron, it couldn’t have ended quickly enough.

Sure, he enjoyed his speaking tour of Louisiana — a six-month venture that began in February and took the new CEO of the LSU football team north to Monroe and Shreveport, west to Lake Charles and Lafayette, and south to Thibodaux and New Orleans.

He was recruiting — wooing fans, boosters and high school coaches to jump on board this purple-and-gold-clad train he now runs. It shifts into motion Monday when preseason camp begins.

“This is an interesting time for us as coaches,” Orgeron said Thursday night in New Orleans. “There’s more talk nowadays before the season than ever and, really, none of it matters, to be honest. It’s about getting on the grass, smelling the fresh-cut grass. It’s about the gelling of the team.”

Orgeron spoke to a small group of fans and New Orleans area high school coaches Thursday night at Walk-On’s on Poydras Street. It was his final stop in an exhausting offseason parade around his home state.

The coach attended more than 15 speaking engagements outside of Baton Rouge since he landed the full-time job and another dozen or more locally. Squeezed around those was Southeastern Conference media days, spring practice and a two-month ordeal this summer regarding wife Kelly’s back surgery. (A final surgery Thursday mended a previous complication, Orgeron said.)

“(Time to) get out and get our cleats in the grass and let’s go, man!” Orgeron said.

LSU quarterback Danny Etling is the clear favorite as drills begin. No presumed starter on the team has more experience over his backups than Etling....

Orgeron received more questions about coordinator Matt Canada’s new offensive scheme than any other topic during his offseason tour. That includes concerns about Arden Key’s status and the typical, “How ya gonna beat Bama, coach?” queries.

It’s on the top of everyone’s mind: What exactly will LSU’s offense look like? Will the quarterback position show improvement, and will the Tigers really be running a spread scheme with more passing?

Orgeron hopes an answer to the latter arrives early. The Tigers are heavy favorites in three home nonconference games in September (against Chattanooga, Syracuse and Troy), with games against BYU in Houston and at Mississippi State wedged around them.

Orgeron estimated that “50 to 60” percent of the offense is installed, but Canada will “reinstall” the scheme during camp, the first-year coordinator said in an interview posted on the school’s website Thursday.

“We’re going to reinstall our offense again. Start at Day One and redo it all again so we all know,” Canada told LSU play-by-play man Chris Blair during a 30-minute interview. “Got new freshmen coming in, so we’re going to give them a chance to play.”

Tale of LSU's Matt Canada: How a Midwestern, farm town boy got his explosive offense

Dave Scheib is to blame.

The spring, Canada said, was primarily about identifying players’ skills set and uncovering their weaknesses and strengths so he can better fit his system around them. He used a restaurant analogy to explain.

“Everybody has a strength. You don’t go to a steakhouse and order the Mexican thing on the menu,” he said. “Why wouldn’t we try our best to make sure the players are doing what their specialty is, what they’re great at?"

“I do think we do a good job of not labeling them coming in. We say, ‘It’s a clean slate. Here you are,’ ” Canada said during another portion of the interview. “I’m not naive. There’s certain things I watch on film. I know what guys can do, but I think it’s important for the kids to know we got it, and I want to see what guys can do (on the field).”

The offense will be “full speed” by the time the season arrives, Orgeron said, but players expect wrinkles throughout the year based on the opponent for that week.

Either way, it's all football now.

"All that talking," Orgeron said, "stops."