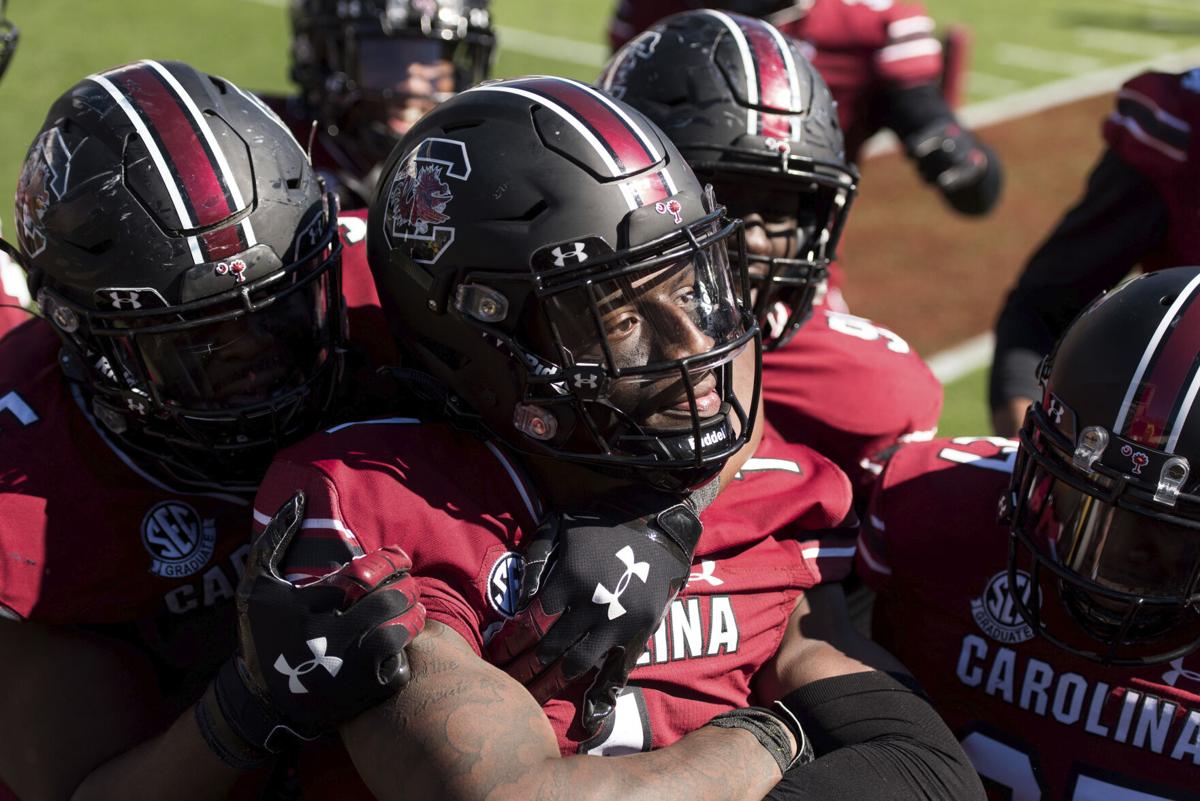 South Carolina defensive back Jaycee Horn celebrates his second interception during the second half of an NCAA college football game against Auburn Saturday, Oct. 17, 2020, in Columbia, S.C. 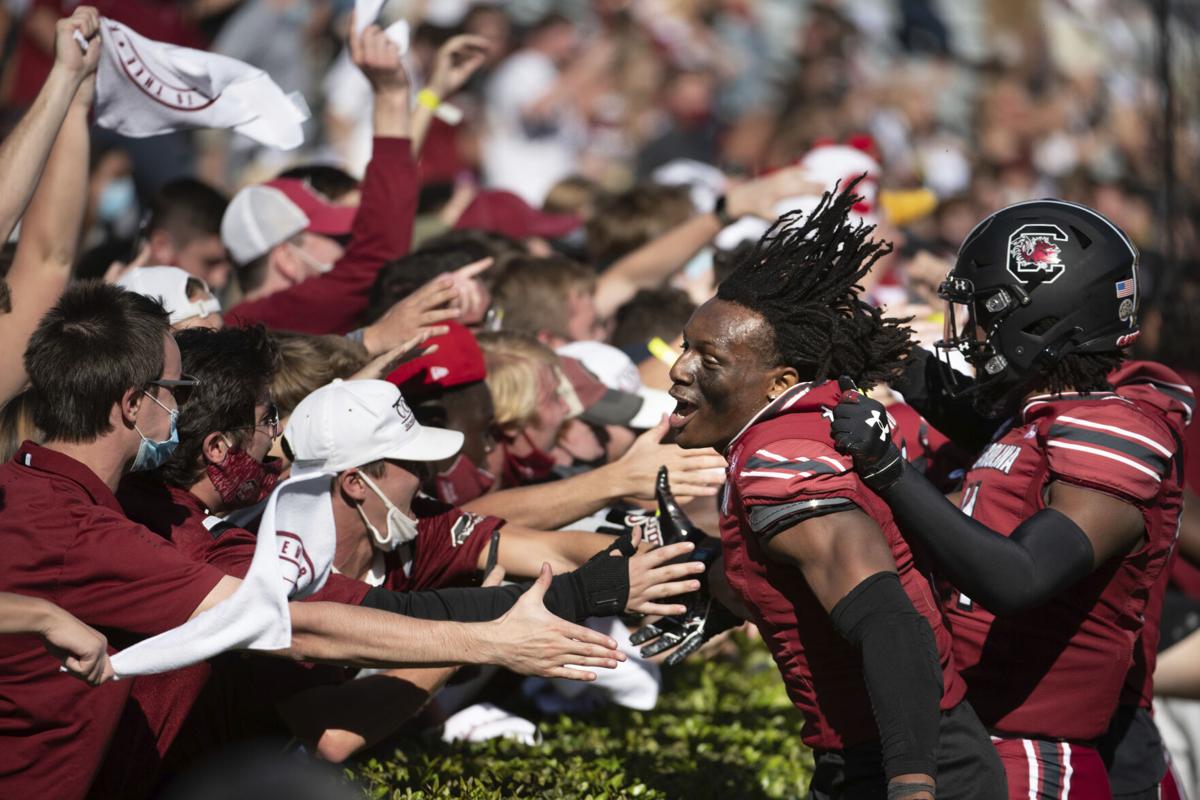 South Carolina defensive back Jaycee Horn celebrates his second interception during the second half of an NCAA college football game against Auburn Saturday, Oct. 17, 2020, in Columbia, S.C.

Like most cornerbacks, Jaycee Horn never had any doubt about his abilities on the field.

Yet, the South Carolina junior heard more than enough of it from his critics who had questions and readily offered comments about what he couldn’t do in his first two seasons with the Gamecocks.

Yeah, Horn knew he had no interceptions in his first 26 college games. Worse, there was the not-so-subtle talk about how he didn’t have the ball skills to play such an important position in the Southeastern Conference.

There was, of course, a valid reason in his mind: It was about opportunity, or the lack thereof, as far as he was concerned.

“I make a lot of plays on the ball in practice, but people say I don’t have ball skills,” said Horn, the son of former New Orleans Saints wide receiver Joe Horn. “But it’s all about opportunity.”

He again heard the whispers after South Carolina’s 41-7 rout of Vanderbilt on Oct. 10 when fans wondered when he would finally get his first interception.

“I heard a lot of people saying I don’t have ball skills, which is crazy to me,” he said. “I just knew a day would come where I would have a lot of opportunities to make plays.”

Little did Horn know how close it was to happening, but it did last Saturday in a 30-22 upset of then-No. 15 Auburn.

The 6-foot-1, 205-pounder opened a lot of eyes with a monster performance that included his first two career interceptions and four other pass breakups while shadowing star Auburn wide receiver Seth Williams.

Williams did make a 44-yard catch when he outjumped Horn on a deep post pattern and drew two interference penalties, but he managed just 30 yards on his other three receptions.

Three times early in the game, Auburn quarterback Bo Nix tried to get the ball to Williams in the end zone. But each time, Horn was there to break it up.

“We knew going in that they were going to see if they could get the ball to Seth Williams because he wins most 50-50 balls,” said Horn, who will ride the momentum of his breakout game into a Saturday night matchup with LSU. “Bo Nix loves to throw 50-50 balls, so I knew I’d have some opportunities for sure."

Horn said defensive coordinator/defensive backs coach Travaris Robinson came up with the plan to have him “travel” with the 6-3, 211-pound Williams, a leaper who excelled in the long and high jumps in high school.

Whatever side of the field Williams lined up on, Horn was there while fellow cornerback John Dixon manned the opposite side.

It wasn’t a surprise to Gamecocks coach Will Muschamp, a longtime defensive coordinator, or Joe Horn, a four-time Pro Bowl pick in 12 NFL seasons.

“He has great length, disrupts the timing of routes,” Muschamp said Monday. “I’ve always said he has ball skills to finish on 50-50 balls. He has real good instincts in man and zone coverage.

"He’s a very well-rounded player and an elite cornerback, certainly as good as I’ve been around.”

“He’s very humble, but he has the heart of a lion inside,” said Joe Horn, who will be in Tiger Stadium on Saturday night. “He’s nasty … he’s a quiet nasty. Off the field, he’s as cool as can be.”

In addition to his two interceptions, which led to South Carolina touchdowns, Horn tipped a pass intended for Williams into the air which teammate Jaylin Dickerson gathered in for another pick.

South Carolina trailed by nine points when Horn made his first interception and when he assisted on Dickerson’s.

Horn’s second takeaway with 59 seconds to go in the third quarter led to an 8-yard scoring drive that turned a one-point lead into a 27-19 advantage.

“I’ve done it a little bit, but teams do a good job of seeing that,” he said. “They wind up putting a guy in the slot or hiding him or motioning him.”

That could come into play Saturday night when Horn faces another huge assignment against LSU junior wide receiver Terrace Marshall.

In three games, Marshall has 21 receptions for 424 yards and seven touchdowns — giving him 12 scores in his last six games.

Horn knows a lot about Marshall because fellow defensive back Israel Mukuamu was a teammate of Marshall's at Parkway High School in Bossier City.

Horn also spent some time with Marshall at the 2018 UnderArmour All-American game.

“Terrace is a great player, definitely one of the top receivers in the nation — if not the best,” Horn said. “In my opinion, he’s really underrated. So it’s going to be a bigtime matchup.”

After an unexpected open date, LSU returns to the field Saturday at 6 p.m. against South Carolina. These are staff writer Wilson Alexander's keys to the game as LSU tries to avoid a 1-3 start.