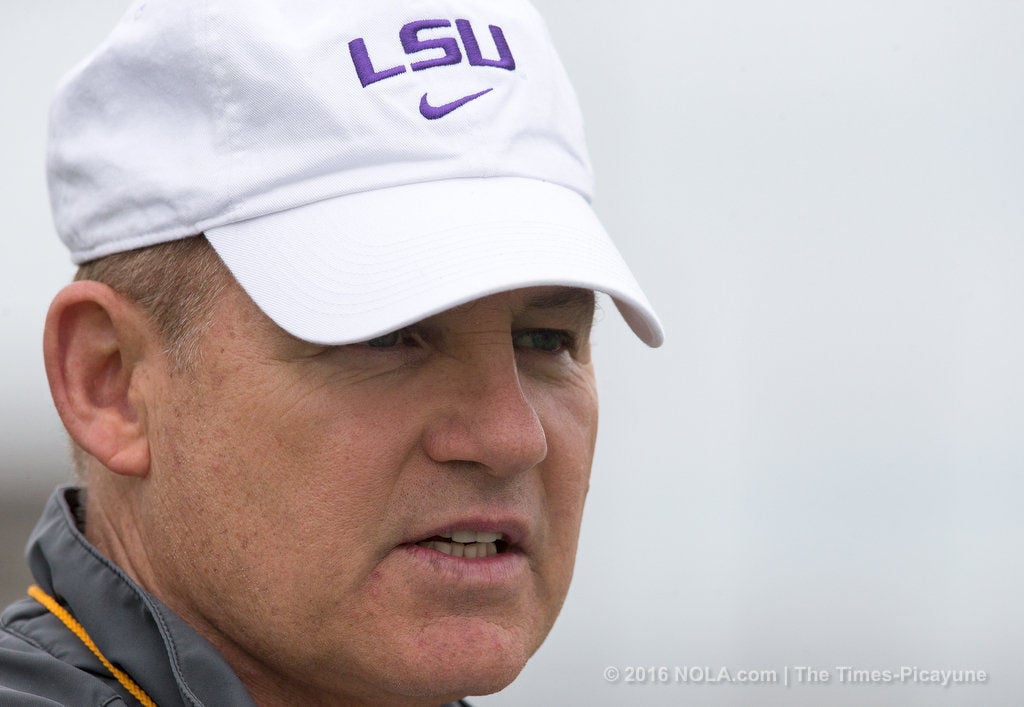 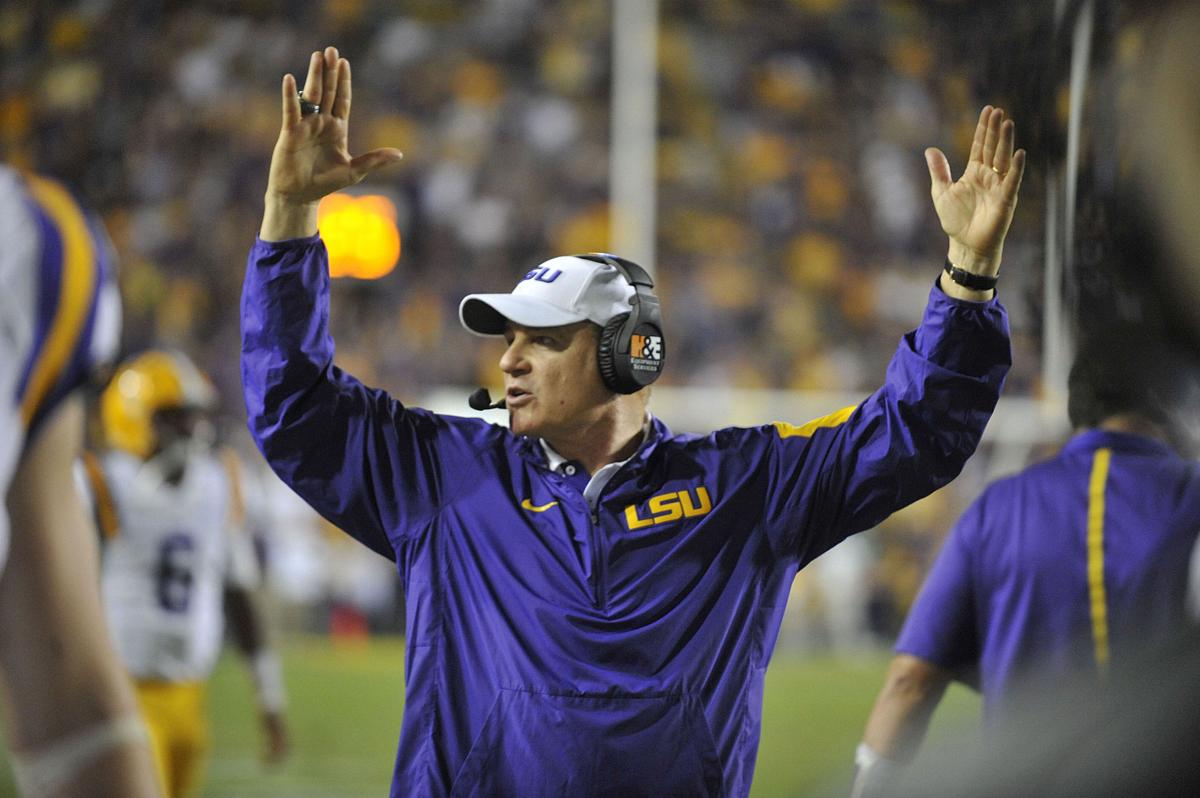 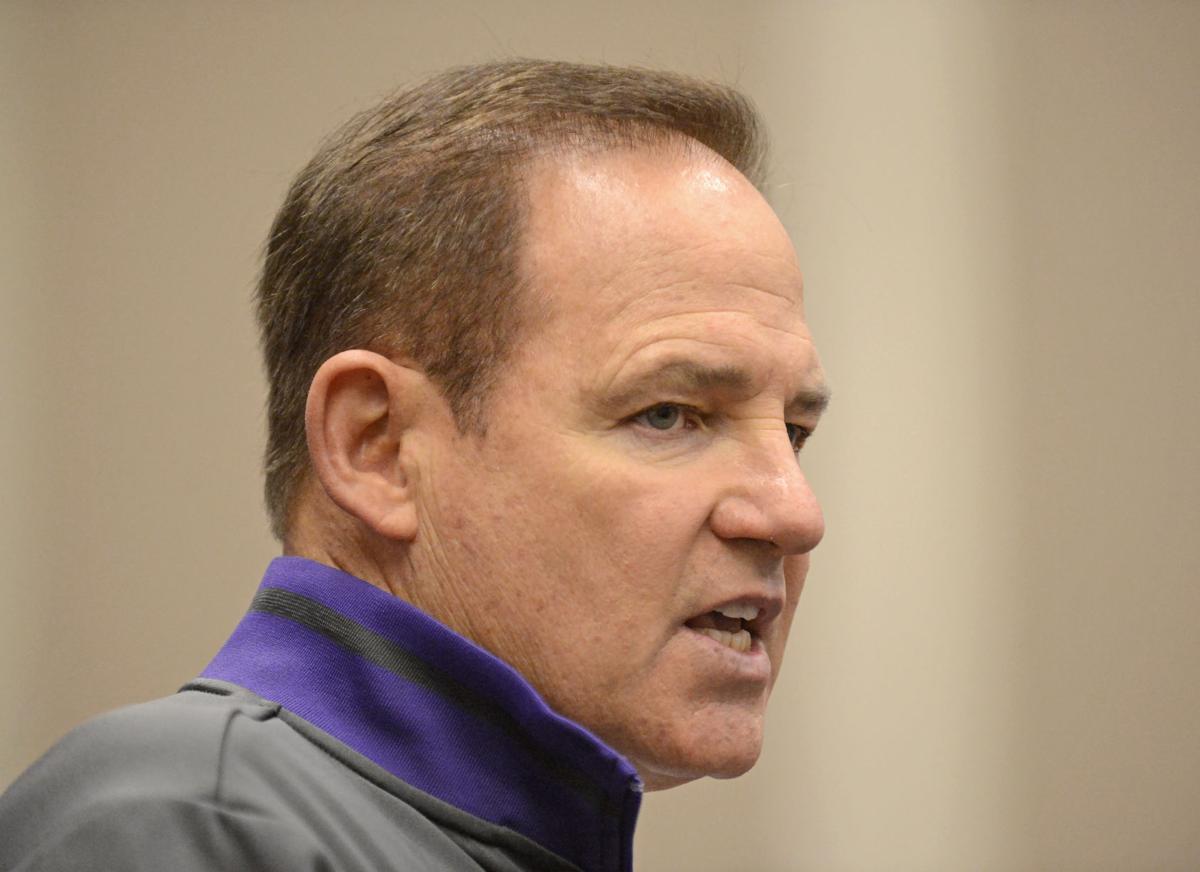 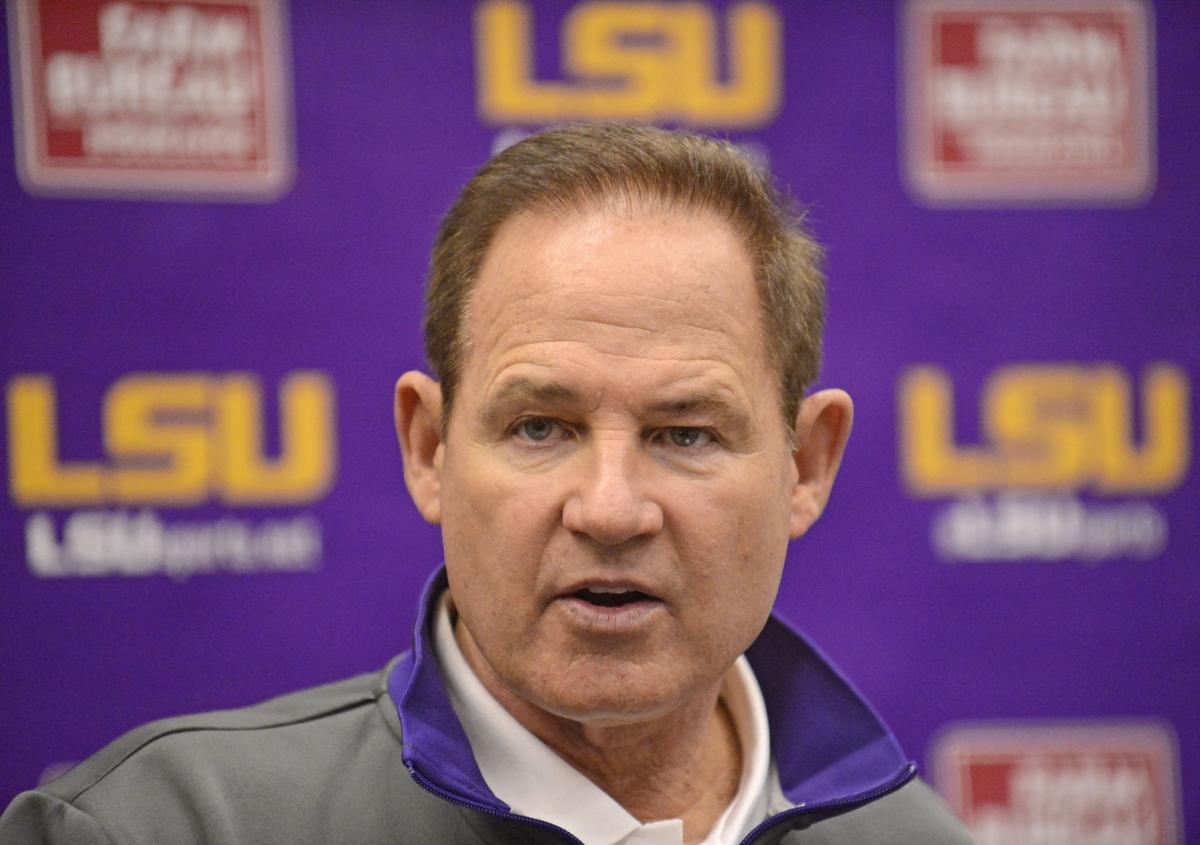 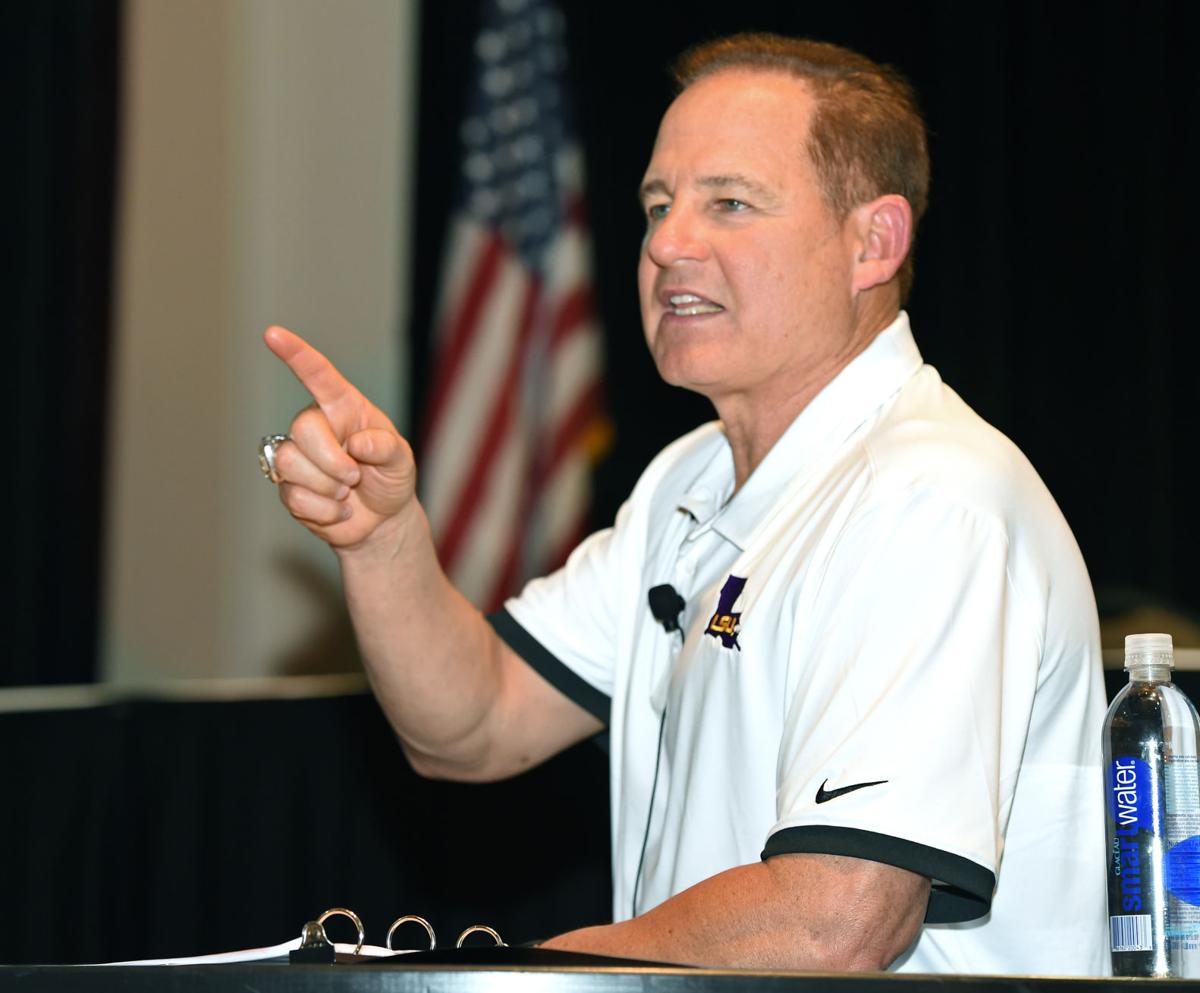 When head football coach Les Miles was the subject of a sexual harassment investigation in 2013 at LSU, the university’s former human resources director says he got a call he has never forgotten.

The call prompted the HR director, A.G. Monaco, to report the harassment allegations against Miles up LSU’s chain of command, including to two former LSU presidents, he said. But he said he saw no action from them, and furthermore, that a copy of the investigation never made it to human resources, in apparent contravention of university policy.

The person who called Monaco was Vicki Crochet, an attorney at the Baton Rouge law firm Taylor Porter who has built a reputation based on her investigations of public employees accused of sexual harassment. Crochet told Monaco that he could not repeat a word of their conversation to anybody, he said.

And then she told him that a student whom Miles was accused of harassing had missed a class quiz and been given a failing grade, and Monaco needed to contact the professor so that the student could retake it, he remembered. Monaco disagreed on both counts: He said he would not keep the investigation a secret, nor would he instruct a professor to rescind the failing grade.

The episode sheds new light on LSU’s handling of sexual harassment complaints against Miles, at the time a towering figure on campus, as university officials prepare to release a broader review of how LSU has dealt with such episodes over the years. The review, being led by the law firm Husch Blackwell, which was hired by the university, is expected to be made public late next week.

Monaco’s allegations suggest that LSU’s heralded athletic department worked to keep complaints about misconduct — involving both Miles and student-athletes — in-house, rather than freely sharing them with higher-ups on the academic side of campus. Although Monaco says top university brass were all informed of the Miles probe, no physical record of it ever made it over to LSU’s HR department.

It remains unclear at whose behest Crochet was conducting the Miles investigation -- university administrators, athletics officials or a private entity. The Advocate has asked LSU for details of the contract and invoices from Crochet’s investigation, but has not received them.

This newspaper reported this week that Miles reached a settlement about a decade ago with a former student intern in the athletic department who had accused him of harassment. Three people familiar with the settlement confirmed its existence, and an LSU spokesman confirmed that university officials had heard of the settlement during the Husch Blackwell investigation, but they added that LSU had not seen it or been a party to it.

Miles denied on Wednesday that he had ever made improper advances toward a student, but he did not directly address the settlement. His attorney, Peter Ginsberg, said a description of Miles' settlement with the student was "incomplete and inaccurate." He did not answer further questions.

USA Today also reported this week that the 2013 investigation into Miles, who was married then and still is, involved complaints that the coach had sexually harassed students and made sexist comments about women. They reported that Miles' actions were deemed improper, but that they did not rise to the level of breaking the law and he was not disciplined. USA Today has filed a lawsuit against LSU to obtain a copy of the investigation, which LSU has refused to release, citing Miles’ privacy rights.

Crochet’s firm, Taylor Porter, is representing LSU in that lawsuit. She did not return messages for this story.

In an unrelated but ongoing matter with similar themes, Crochet was hired by Attorney General Jeff Landry in December to investigate allegations of sexual harassment lodged against a top Landry aide, Pat Magee. Landry’s office has fought to keep Crochet’s investigation in that case out of public view.

Back in 2013, Monaco said he reported Crochet’s call to LSU Provost Stuart Bell, now president of the University of Alabama. And Monaco said he also told Robert Kuhn, LSU’s longtime former vice chancellor for budget and planning. Monaco said that both Bell and Kuhn acted appropriately.

He said all three agreed that LSU’s president needed to be informed. Monaco said that Bell was also adamantly opposed to changing the student’s grade.

Kuhn, who retired later in 2013, said he did not remember the discussion with Monaco and other LSU administrators. But he didn’t dispute it, either, and said that he would have handled such an allegation by reporting it up the chain of command, as Monaco said he did.

LSU was in the middle of a leadership shuffle in 2013. The interim president and chancellor was William Jenkins, and another Taylor Porter attorney, Shelby McKenzie, filled in as general counsel.

Monaco said that he and Bell both separately brought up the Miles investigation to Jenkins. He said Jenkins expressed concern but did not act on it.

“When we moved it up to the president’s office, the whole thing disappeared,” Monaco said.

Jenkins said by phone that he has been surprised by the recent allegations about Miles, and that he had no memory of discussing them with Monaco.

“I don’t remember it, but those were busy times for me,” Jenkins said. “I’m not saying it’s not true. The details of it — I don’t recall them.”

Once LSU hired F. King Alexander as president and chancellor in the spring of 2013, Monaco said he briefed Alexander on the Crochet phone call as well. But he said Alexander also did not prioritize it.

Alexander, now the president of Oregon State University, declined to comment Friday “out of respect for the ongoing Husch Blackwell review,” said a spokesman at OSU.

Monaco retired from LSU in 2018, when a series of his emails laced with profanity became public. At the time, an LSU spokesman described Monaco as having “done a lot of good work on behalf of LSU” but said Monaco decided to retire rather than “have the emails become a distraction.”

Sexual harassment investigations involving LSU are supposed to be routed through the university’s HR department, and they are meant to be kept in employee personnel files. But Monaco said he never heard or saw a physical trace of Crochet’s investigation into Miles. He did not know what became of the student’s failing grade.

Miles has intervened in the lawsuit filed by USA Today, asking for Taylor Porter’s 2013 investigation to be kept from public view. A Baton Rouge judge has set a March 30 hearing over whether it should be released, but both LSU and USA Today remain under a court order barring them from disclosing the report's contents until then.

That may affect the extent of how the investigation can be included, or referenced, in the Husch Blackwell report.

Since the investigation into Miles was not directed by LSU’s HR department, it’s unclear who ordered it and who paid for it. Joe Alleva, LSU’s former athletic director, has not returned calls from the newspaper over the past few days. But it was well-known inside LSU for years that Alleva and Miles were not on good terms.

“Joe Alleva expressed to me that Les Miles should have gone,” Monaco said. “Was this issue a contributing factor? I believe so.”

But around the time of the sexual harassment investigation, Miles was flying high, and LSU was negotiating a newer, and more expensive contract with him. In January 2013, LSU and Miles agreed to a seven-year contract extension worth $4.3 million a year.

Things went south well before the contract expired. LSU fired Miles four games into the 2016 season after a four-year stretch of underwhelming seasons. He went to Kansas in 2018, where a spokesman said this week that they were unaware of the allegations against Miles when they hired him.