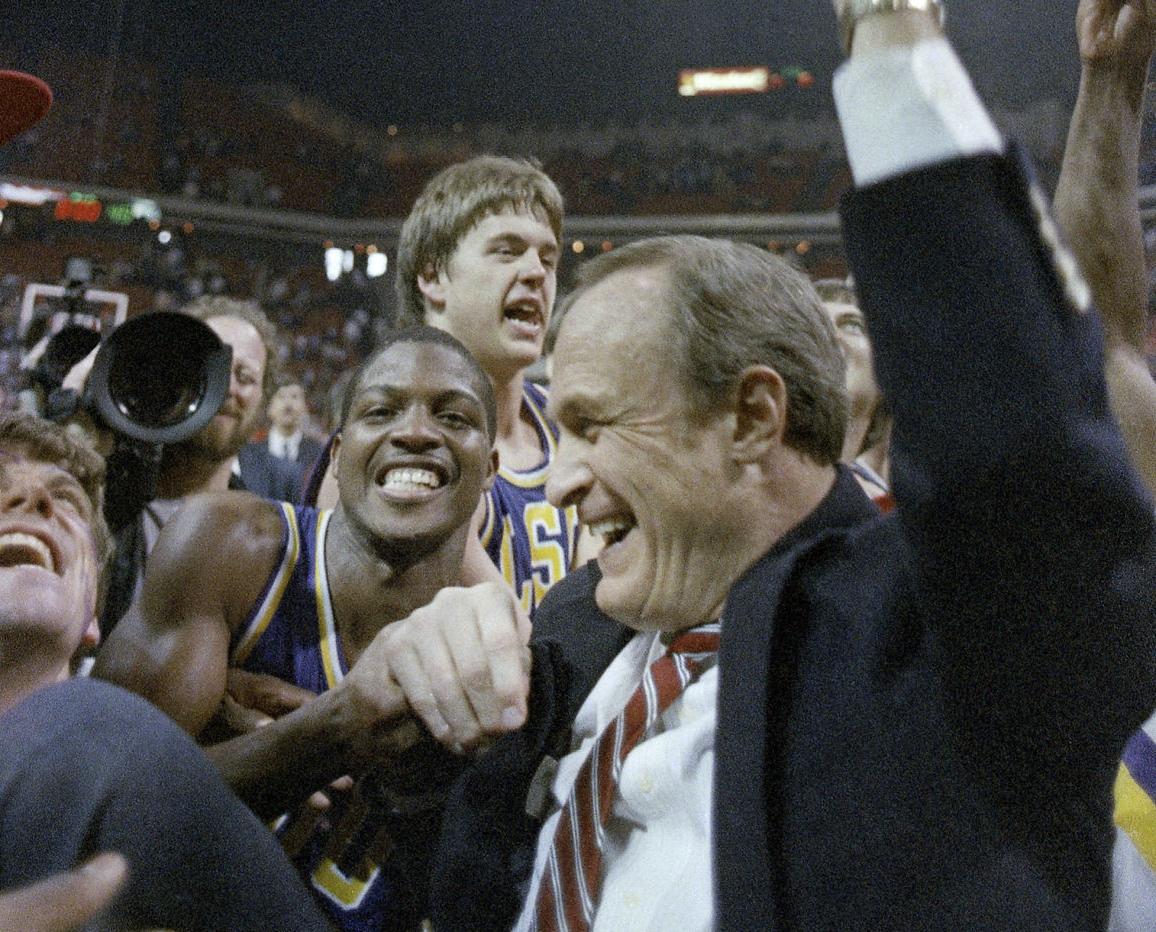 LSU coach Dale Brown and members of the team celebrate on the floor of The Omni in Atlanta, after defeating Kentucky 59-57 in the NCAA Southeast Regional final on March 22, 1986. 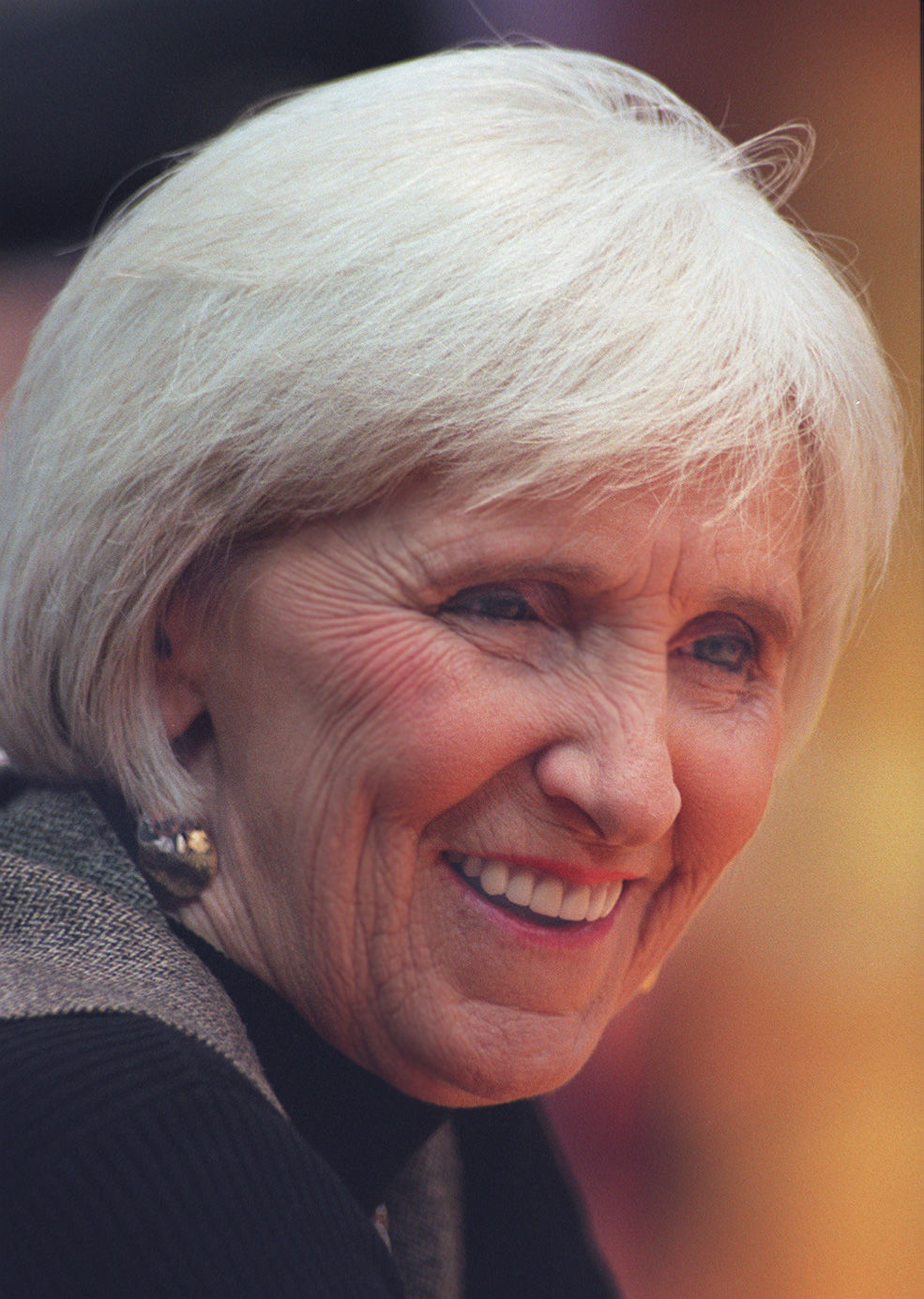 LSU coach Dale Brown and members of the team celebrate on the floor of The Omni in Atlanta, after defeating Kentucky 59-57 in the NCAA Southeast Regional final on March 22, 1986.

When the LSU men’s and women’s basketball teams open play in the Pete Maravich Assembly Center in November, they will likely be shooting and running and dribbling on Dale Brown Court.

The LSU Board of Supervisors on Friday at its September meeting will vote on whether or not to name the court for the long-time coach. Though the proposal was tabled at the August meeting, apparently from some pushback on the matter, these things rarely get this far without eventually going through.

Though a controversial figure who at times seemed to enjoy jousting with the NCAA as much as coaching basketball, Brown is certainly deserving of some sort of recognition. During his tenure from 1972-97 he led LSU to unprecedented success. The Tigers’ string of 15 straight postseason appearances from 1979-93 has never been duplicated.

But the Maravich Center, named after the LSU legend and college basketball’s all-time leading scorer, isn’t just a home for men’s basketball. The women play there, too. As do the gymnastics and volleyball teams. And to name the court for Brown at the expense of the other legendary coaches who have brought great honor to LSU during their tenures there appears shortsighted.

There is another basketball coach at LSU whose success rivals Brown’s: former women’s coach Sue Gunter, who died in 2005. Gunter, who won 708 games between Stephen F. Austin and LSU, has achievements Brown didn’t match. A legend as a player and coach, Gunter is like current women’s coach Kim Mulkey in the Naismith Basketball Hall of Fame (Brown is in the College Basketball Hall of Fame). Gunter was coach of the U.S. women’s basketball team for the 1980 Olympics, just the second time women competed in the games (she was an assistant in the 1976 Montreal Olympics). That 1980 team never got to play in Moscow because of a U.S.-led boycott, but that should not be a strike against Gunter.

Admittedly, some of what Gunter did to earn her Hall of Fame status was accomplished before she arrived at LSU in 1982 as a player (she was on the U.S. national team from 1960-62) and at SFA. But her LSU numbers compare well to and in some ways surpass Brown’s:

The LSU board of supervisors will vote Friday on naming the basketball court inside the Pete Maravich Assembly Center after former men's basketball coach Dale Brown.

Gunter’s Final Four record does come with an asterisk. She fell ill during the 2004-05 season and was not on the bench when LSU qualified for the first of its then record-tying five straight Women’s Final Four appearances. But the NCAA still credits Gunter as the coach of record for the 2005 Final Four in New Orleans.

So, LSU names the court for Brown. Or decides to call it Brown-Gunter Court even. What then? What if Mulkey makes good on her ambition to bring LSU its first NCAA championship in basketball. Do they name the roof of the PMAC for Mulkey, or the airspace over the court?

And what about former LSU gymnastics coach D-D Breaux? She retired in 2020 as the longest-tenured coach in SEC history in any sport, having led her Tigers to eight NCAA finals, gymnastics’ version of the College World Series or Final Four. And what if current gymnastics coach Jay Clark wins a national title? How about former volleyball coach Scott Luster, who also led LSU to a pair of Final Fours in his sport? You could certainly make an argument, too, about naming the court for women’s basketball great Semione Augustus, who led LSU to three Final Fours, won four WNBA titles with the Minnesota Lynx and three gold medals with Team USA.

It all, ultimately, becomes an overheated alphabet soup.

Here, perhaps, the best solution: do nothing. There are already banners hanging from the PMAC catwalk honoring Brown, Gunter and Breaux. Perhaps that should be enough, at least until LSU can figure out a way to honor Brown’s legacy without diminishing that of the other great coaches — and players — who have excelled inside The House that Pete Built.

The LSU board of supervisors approved a resolution Friday morning to name the basketball court after former men's coach Dale Brown, ending a lengthy and controversial push to put his name on the hardwood.