New LSU women's basketball coach Kim Mulkey will earn about $2.5 million at the beginning of an eight-year contract, according to a signed term sheet between Mulkey and the school released Wednesday.

Mulkey, who became LSU's coach after the resignation of Nikki Fargas, left Baylor after winning three national championships over 21 seasons. She made a reported $2.27 million per year at Baylor, a private university.

Kim Mulkey wanted to come home to LSU, but 'it did take some money to get me away.' Here's how much

Mulkey's salary will increase every year to about $3.3 million by the end of the deal, which runs through 2029. The contract will need to be approved at LSU's next board of supervisors meeting.

For comparison, Mulkey will make roughly the same amount as LSU men's basketball coach Will Wade in her first year. Mulkey's salary is more than three times that of Fargas, who earned $700,000 annually in her final contract with LSU.

When the hoopla surrounding the still rather surreal fact that Kim Mulkey is LSU’s new women’s basketball coach began to subside, there was a …

Mulkey also receives performance-based incentives, which includes $65,000 for a Southeastern Conference regular season championship, $150,000 for a national title and $15,000 if LSU finishes in the top 10. 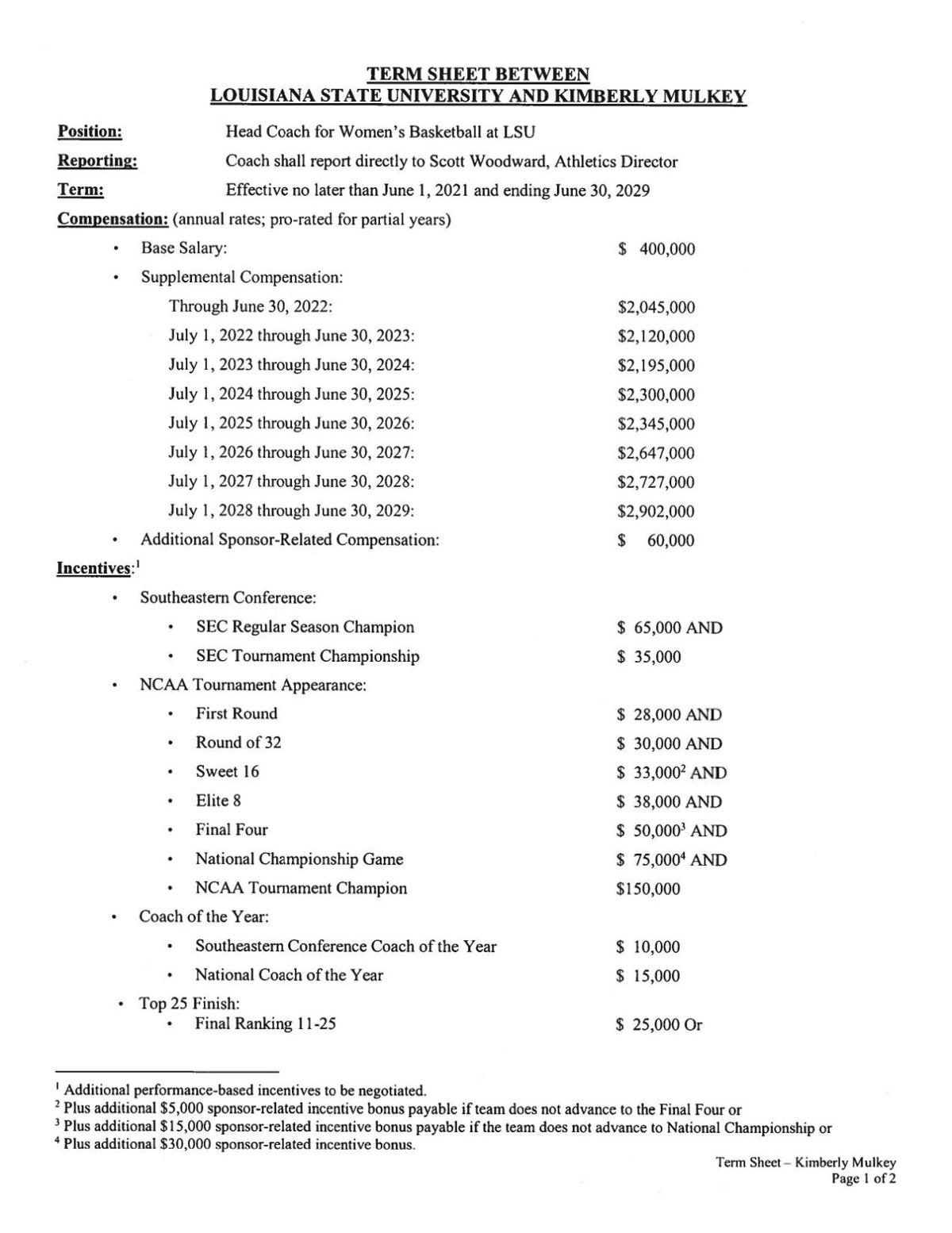 Kim Mulkey's introductory press conference in her new role as LSU's women's basketball coach had a bit of everything, and of course that inclu…

Kim Mulkey has been hired, she has arrived in Baton Rouge, and at 5 p.m. LSU's new women's basketball coach will speak publicly for the first …

Kim Mulkey explains vision for LSU and why she left Baylor; money not 'deciding factor'

Kim Mulkey stepped behind a podium and looked at the crowd gathered before her. About 1,000 people had come to the Pete Maravich Assembly Cent…