Bo Pelini to LSU became official Monday, and less than 24 hours later head coach Ed Orgeron took to the airwaves to explain the hiring of his new defensive coordinator and why he thinks players will respond positively to an "in your face" coach like Pelini.

"I think they're going to love it," Oregon said Tuesday morning while speaking with 104.5 ESPN's Off the Bench. "Obviously there are several ways to coach, and everybody has to coach within their own demeanor. I love the way he coaches."

Pelini has spent the last five seasons as the head coach at Youngstown State and before that was at Nebraska. He replaces previous LSU defensive coordinator Dave Aranda, who left to be the head coach at Baylor. 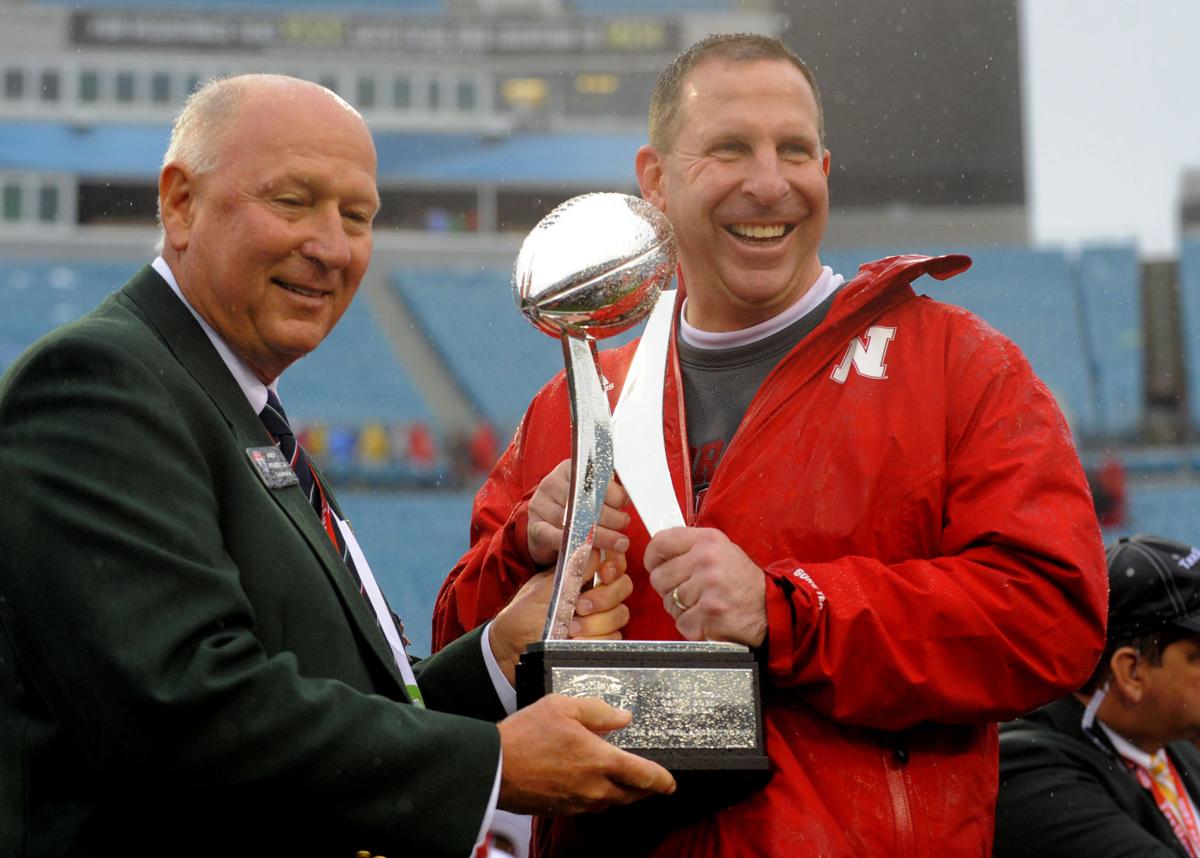 1. Bo Pelini is an experienced coach

He is an experienced college football coach

With the Cornhuskers, Pelini never finished a season with fewer than nine wins but never more than 10.

Pelini also has experience coaching in the NFL. He was the 49ers defensive backs coach when they won Super Bowl XXIV in January, 1995. 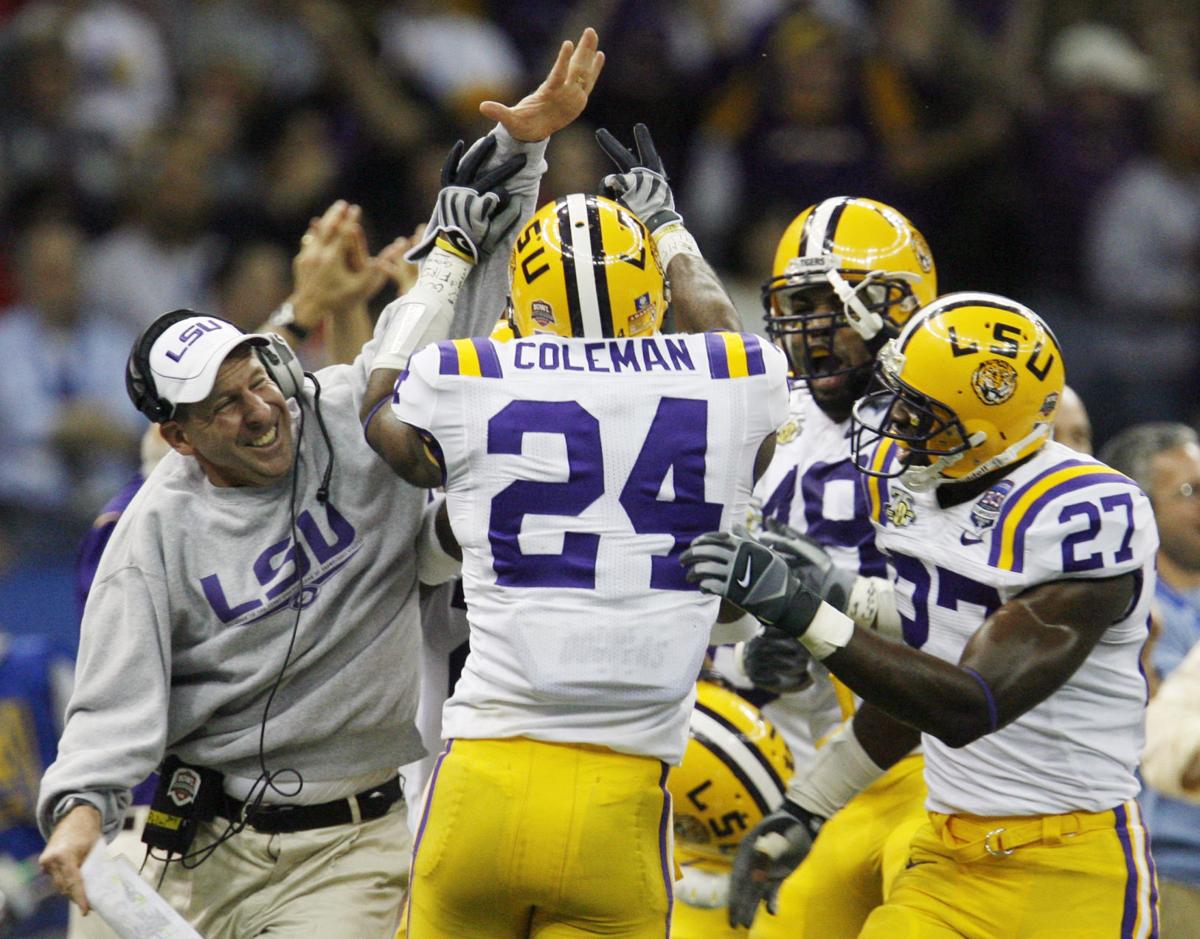 2. LSU won a title last time he was their DC

Prior to the Tigers' championship run this season, Pelini was in Baton Rouge for LSU's last title in 2007.

Pelini was the defensive coordinator for the Tigers from 2005-2007, hired by then-head coach Les Miles.

During those three seasons, LSU boasted a 34-6 record and won the SEC West twice.

He never lost to Alabama. 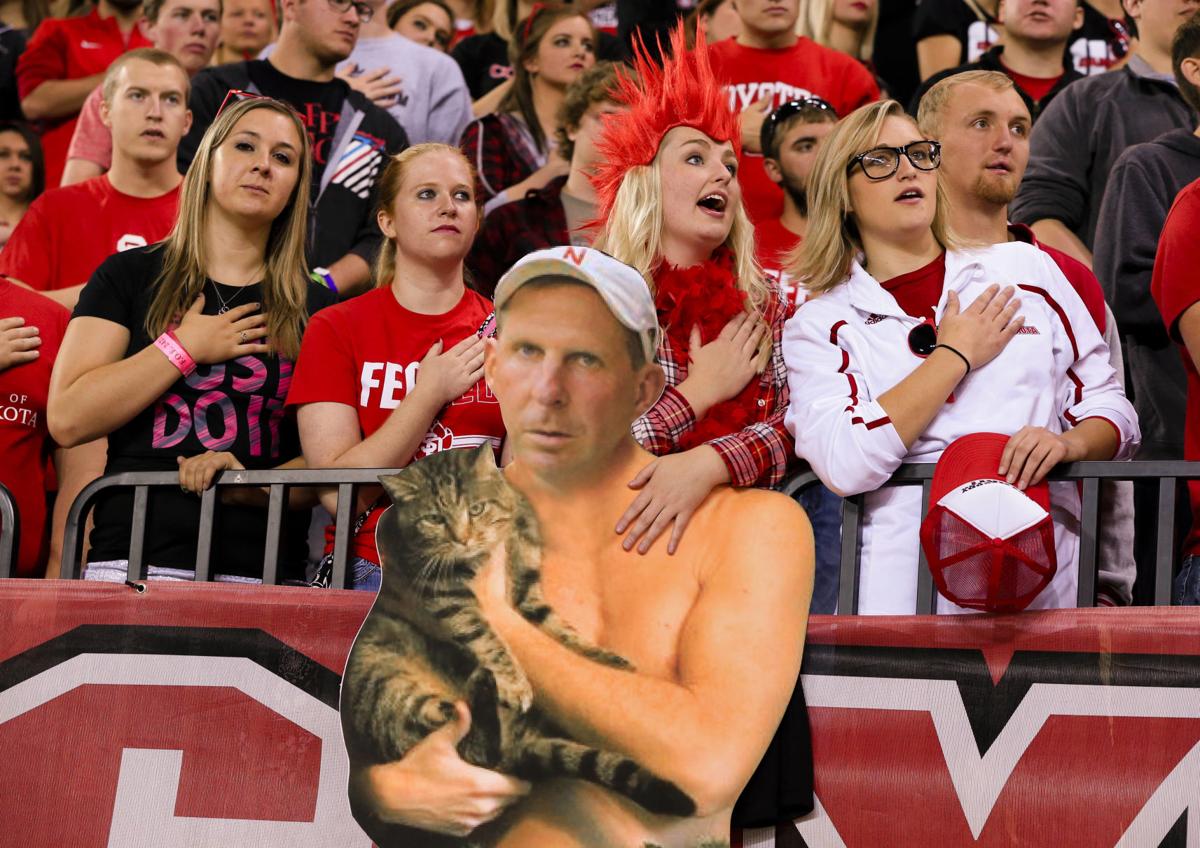 3. He's meme famous, and has a wildly popular parody account

Yes, he did walk onto a football field with a cat

Pelini is meme legendary, and one of the most popular college football personalities on Twitter.

During Nebraska's 2014 spring game, Pelini famously walked out of the Cornhuskers' tunnel carrying a cat. The bizarre move was in response to a popular parody account with a photoshoped photo of Pelini holding a cat.

You can read more background on the cat story here.

LSU football fans can also expect to see more from the Twitter user @FauxPelini. The account has more than 667,000 followers and is one of the most popular sports parody accounts on Twitter.

Enjoy some of the gems from @FeauxPolini:

Do you see this as gold & white or blue & black pic.twitter.com/xXKqn4AaNx

DON'T FORGET THAT REFEREES EXIST TO RUIN OUR LIVES AND FAMILIES 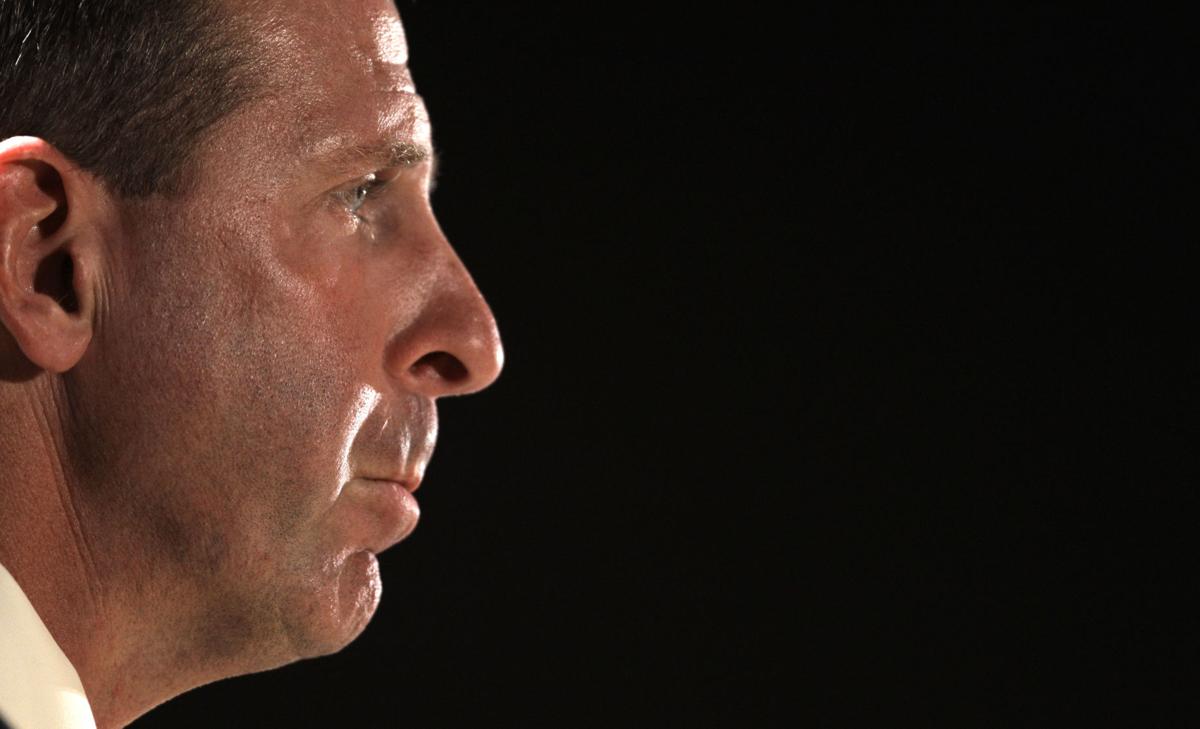 4. Pelini has been involved in several controversies

Pelini has been involved in several controversies

In 2013, a leaked audio recording from 2011 was published by Deadspin with Pelini heard in an expletive-laced rant.

Pelini can be heard complaining about students leaving a game against Ohio State early while Nebraksa trailed. They later came back to win the game.

You can read more about it here. (Warning there is graphic language)

In November, 2014, following his firing from Nebraska, a second audio tape was released in which Pelini can be heard using vulgarity to criticize the school's administration.

Pelini had already been hired by Youngstown State when the audio was released. The school said they were disappointed in Pelini's comments but stood by their hiring.

You can read more about that here. (Warning there is graphic language) 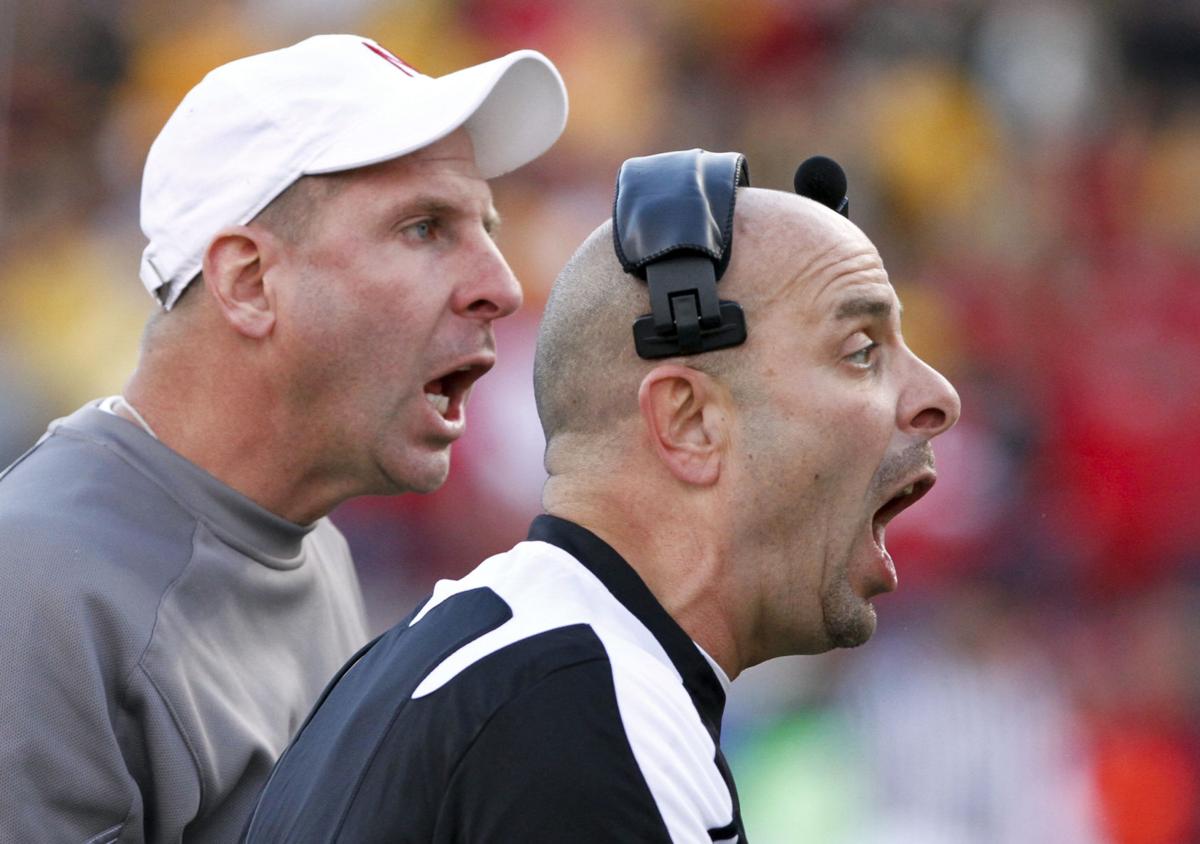 5. Coaching is in his DNA

Coaching is in his DNA

Pelini isn't the only successful football coach in the family.

His brother, Carl, is the former head coach at Florida Atlantic University and the current defensive coordinator at Youngstown State.

(From Oct. 30, 2010: Bo Pelini, left, and his brother, defensive coordinator Carl Pelini, yell instructions in the second half of an NCAA college football game against Missouri in Lincoln, Neb)

He's been a head coach since 2008, but before making the jump Pelini previously served as LSU's defensive coordinator from 2005-07.

Pelini was with the 2007 national championship team.

During Orgeron's interview Tuesday, he said that he spoke with several former players and coaches and that he believes Pelini is one of the "best defensive minds."

Orgeron does not expect there to be a learning curve as Pelini adjusts to coaching in the SEC again.

“He can defend anything, he’s a brilliant mind,” Orgeron said.

Orgeron talked some about the type of defensive scheme Pelini would run at LSU. The Tigers have built their defense around a three-defensive lineman scheme under Aranda, and Pelini's defenses at LSU used four.

Orgeron said it would be Pelini's choice, and that Pelini has the capability to be multiple due to his time coaching with their shared mentor, Pete Carroll, as a defensive backs and linebackers coach in the NFL.

"We talked about it briefly," Orgeron said. "Obviously, when Bo was in the NFL with Coach Carroll, they ran the 3-4, and then he ran the 4-3 here at LSU. So I think he knows how to do both. It's going to be his decision which way he wants to go, and we're going to follow his lead."

Defensive coordinator wasn't the only coaching position Orgeron discussed during the radio interview.

Orgeron talked about the open passing game coordinator position, which was previously filled by Joe Brady. Brady left LSU to be the offensive coordinator of the Carolina Panthers.

Orgeron said he was "taking my time" with the hire, and that he could "start interviewing guys maybe as early as next week."

One candidate Orgeron mentioned was Jorge Munoz, who was hired away by Aranda to be Baylor's new wide receivers coach.

“He would still be a candidate to come back (to LSU),” he said.

You can listen to Orgeron's full interview on Off the Bench here.

Bo Pelini back at LSU: See contract terms and where his pay ranks nationally