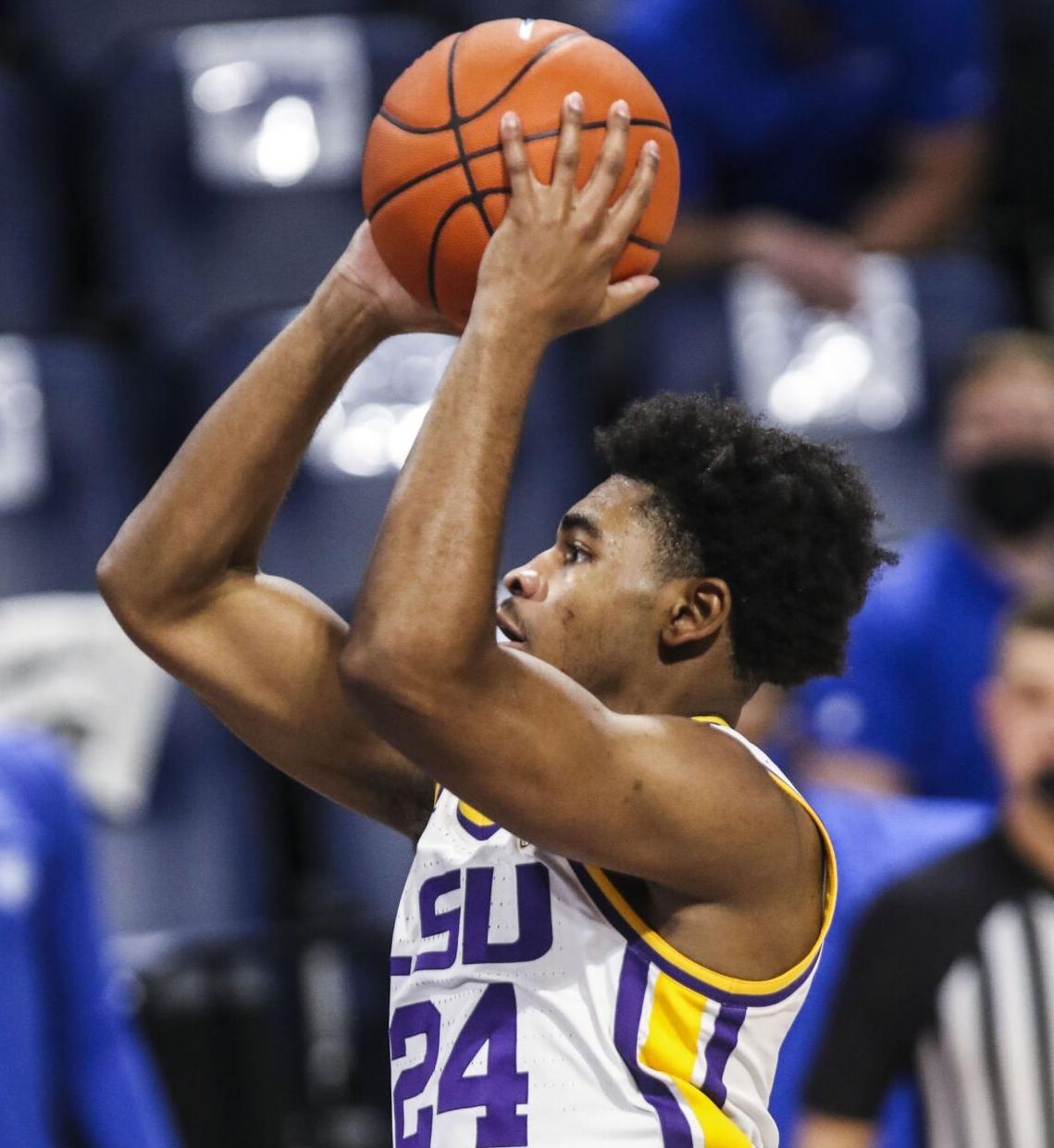 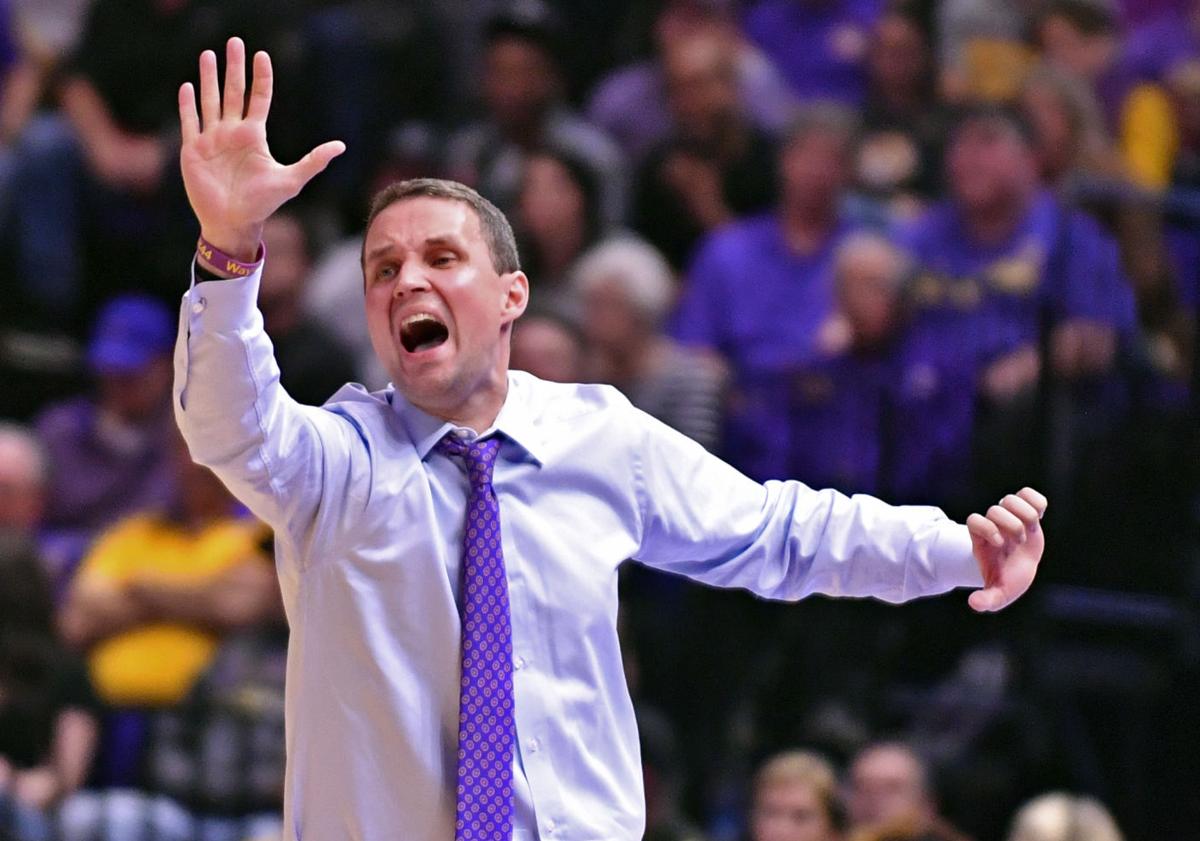 LSU basketball coach Will Wade, shown giving instructions to his team in a 2020 game with Kentucky, will be looking for improved defense and rebounding in the Tigers' home oppener with Southeastern on Monday night.

LSU basketball coach Will Wade, shown giving instructions to his team in a 2020 game with Kentucky, will be looking for improved defense and rebounding in the Tigers' home oppener with Southeastern on Monday night.

If nothing else, we learned three things from the LSU basketball team’s 1-1 season-opening start over the weekend.

All three were quite evident in a 94-81 win over Southern Illinois-Edwardsville on Thanksgiving night and an 85-81 loss to Saint Louis University on Saturday.

First and foremost, freshman guard Cam Thomas is as good as advertised — a bonafide scoring machine who can create and make shots from any spot on the floor.

The other two were concerning to coach Will Wade: an inability to defend on a consistent basis and a rebounding disparity, both of which the Tigers worked on Sunday in preparing for their home opener against Southeastern Louisiana.

LSU (1-1) will attempt to make strides on those two fronts against Southeastern (0-2) at 7 p.m. Monday in the Pete Maravoich Assembly Center. The game will be streamed only on SEC Network+ and broadcast on the LSU Sports Radio Network.

Knowing his offense is good enough to get the job done after shooting 52.7% from the field in the first two games — including 42.0% from 3-point range — Wade was focused on the defense after falling to Saint Louis.

“It’s kind of the same old story,” he said. “Our defense and rebounding has got to improve. We’re going to keep working at it until we get it right.”

Wade knows his 2-3 matchup zone defense is a work in progress, but the Tigers are allowing 83.0 points a game with their two opponents shooting 53.1% from the floor.

Saint Louis hit 10 of its final 15 shots from deep that helped it weather a scoring barrage from Thomas, who got 21 of his 25 points in the second half after pouring in 27 points in his college debut against SIUE, and Trendon Watford, who had 16 second-half points to finish with 24.

It’s still early, but through games played Saturday night LSU ranked 228th out of 242 Division I teams in 3-point field-goal defense and 228th in rebounding average.

“We’ve obviously got some work to do,” Wade said. “We’ve got to go back and get some things fixed.

“(Saint Louis) pretty much did what we expected, they run a good system,” he said. “We blew a couple switches, we got mixed up with some of their curls and pin-downs. We just had a couple communication errors.”

The good news for the LSU defense is Southeastern, which went 8-23 a year ago under first-year coach David Kiefer, has struggled mightily on offense in its two games.

Guard Nick Caldwell is SLU’s top scorer at 11.5 points per game, while Elijah Ifejeh, a 6-foot-9 forward who didn’t play in the opener, had eight points and eight rebounds in just 17 minutes against UAB.

SLU averages 39.0 rebounds per game, while LSU gets just 27.0 a game after being outrebounded 30-22 by Saint Louis. Forward Darius Days pulled down 11 of those, but no one else had more than three.

“We’ll get it fixed,” Wade said. “If we’re going to be the team we want to be, we’ve got to dig in and be a little bit better defensively and be better on the glass. We’ve got to go back and look at our checkouts.”