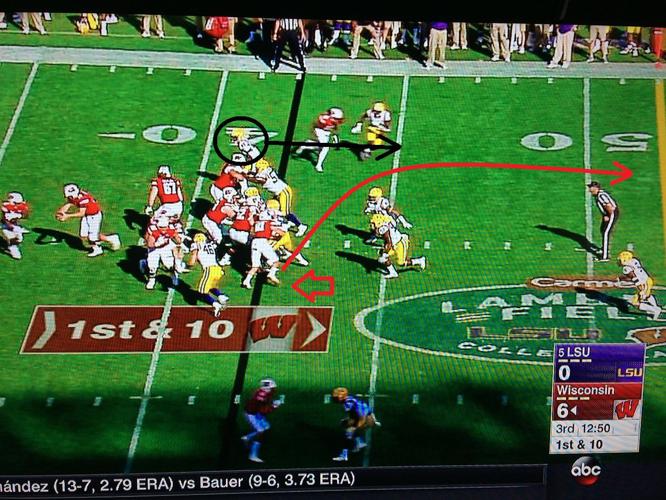 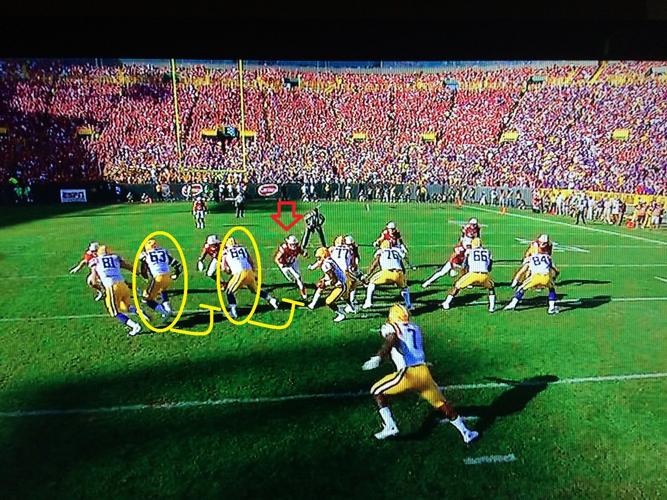 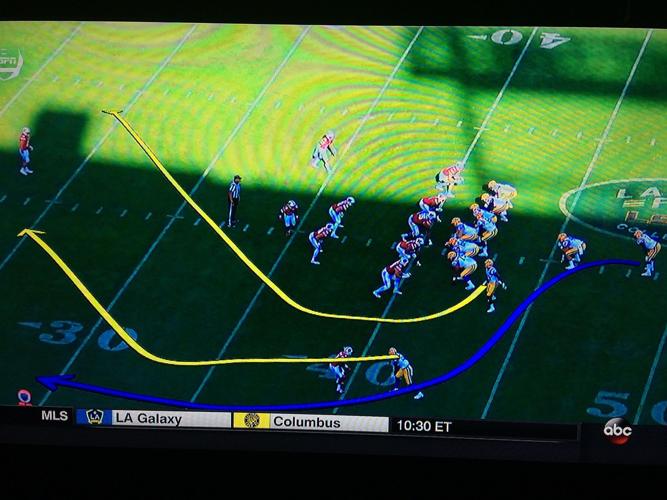 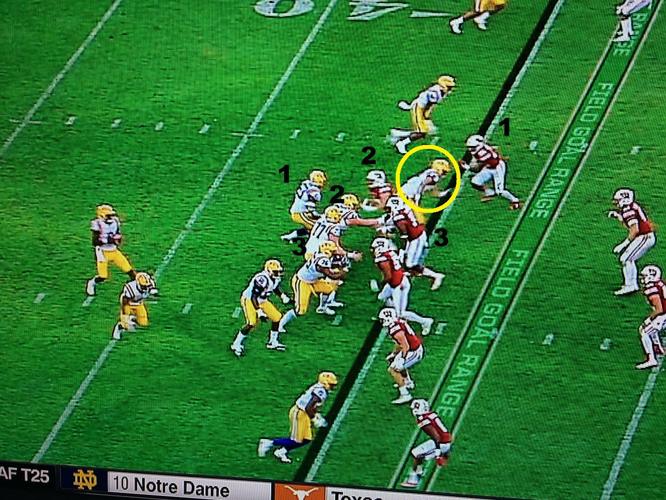 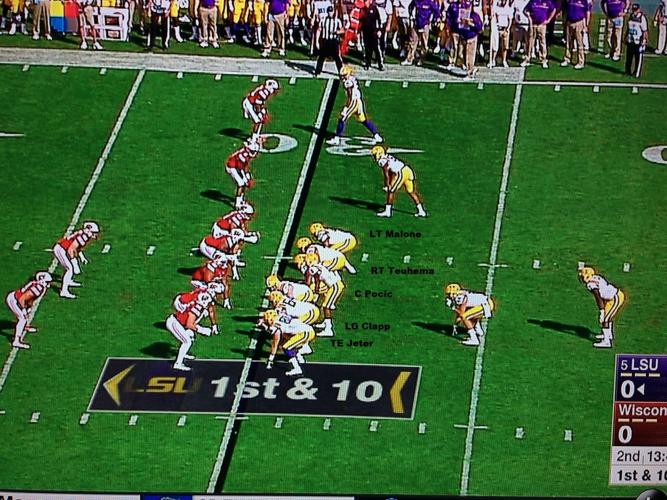 Welcome to Film Room, our weekly analysis of LSU’s last football game. Have a seat. No talking. No tweeting. No texting. Pay attention.

He's not blocking: Wisconsin TE Troy Fumagalli caught seven passes for 100 yards on Saturday. This was his longest, a 27-yard reception in the third quarter.

Fumagalli with one of his seven catches. #LSU OLB Arden Key drops into coverage here. pic.twitter.com/dDWGkFckod

Shoot'n the A gap: UW LB Jack Cichy races unblocked into the backfield for a significant sack on QB Brandon Harris, forcing the Tigers into a third-and-long.

A significant play in the game. UW LB Jack Cichy shoots the A gap (he'll do it again later too). #LSU pic.twitter.com/wxceUfxPJA

Wheels are turning: Running the ole wheel route out of the backfield, Leonard Fournette catches a 31-yard pass from Brandon Harris to set up the Tigers' only offensive score.

The last straw: LSU's final offensive play of the game unfolded from Wisconsin's 35-yard line on first-and-15 with about 1 minute left on the clock. Harris, under immediate pressure, threw an interception.

First year starter Malone having issues on back to back plays here. #LSU pic.twitter.com/47JKY3O7nT

This could have been large. Third down. Screen to Fournette. Blocking doesn't pan out. #LSU pic.twitter.com/eF3zNV9hzM

Boutte's hit. He was ejected and the play is under review with the SEC. #LSU pic.twitter.com/Idv3PpUi5h

Harris' first three passes, all on one series. Heavily pressured (first of many) on the last. #LSU pic.twitter.com/jUT3kQ5Odl

There were about 5 of these between Harris and Dupre on Saturday. #LSU pic.twitter.com/8ip93CdoVP

Backing It Up (RB/FB analysis)

'What we were expecting': LSU players say they were ready for Badgers despite struggles

GREEN BAY, Wis. — They are who LSU players thought they were.

Les Miles didn't wait for a ruling from the Southeastern Conference office.

With Josh Boutte's absence and the struggles in the opener, where does LSU's offensive line go from here?

LSU's struggles on the offensive line in Saturday's season-opening loss may have been enough to precipitate change on the front five in Game 2.

Scott Rabalais: Will Les Miles' 'my way' approach, once his strength, become his undoing?

When the story of the Les Miles era at LSU is finally written, when the documentary airs as an “SEC Storied” piece on the SEC Network, the sou…

Despite takeaways LSU defense wants to clean up specific, sloppy area of play

Davon Godchaux seemed to know the question was coming. Despite allowing just 16 points against Wisconsin, coaches had already prepared Godchau…

As if LSU football players didn't already carry the weight of the world on their shoulders, a study by LSU economists published this week foun…