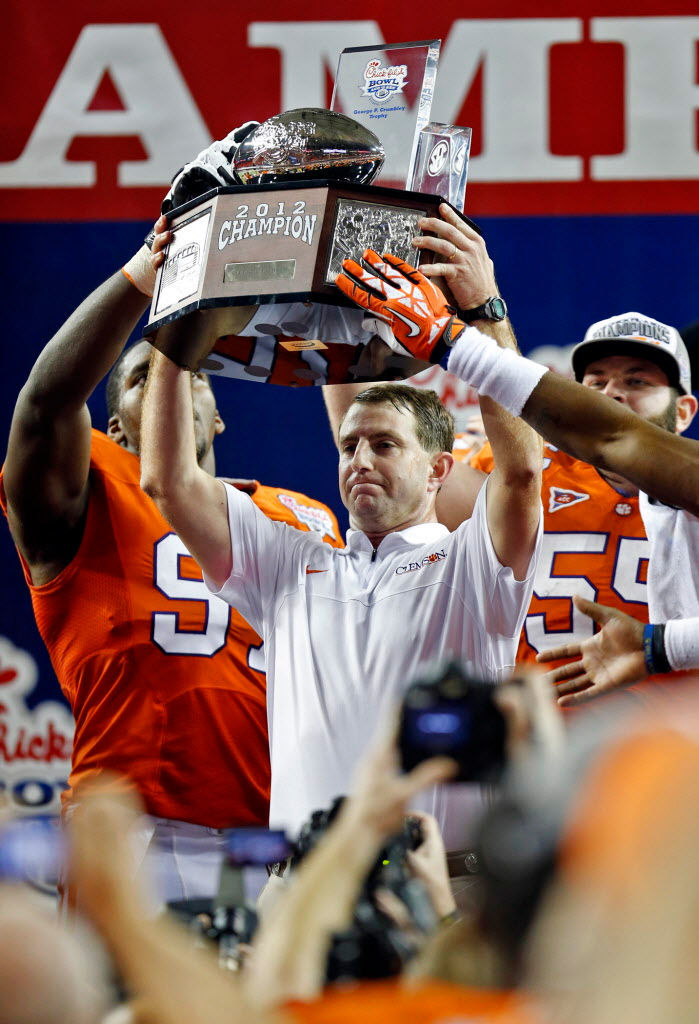 Clemson coach Dabo Swinney lifts the trophy after beating LSU 25-24 during the Chick-fil-A Bowl at the Georgia Dome in Atlanta on Monday, December 31, 2012. 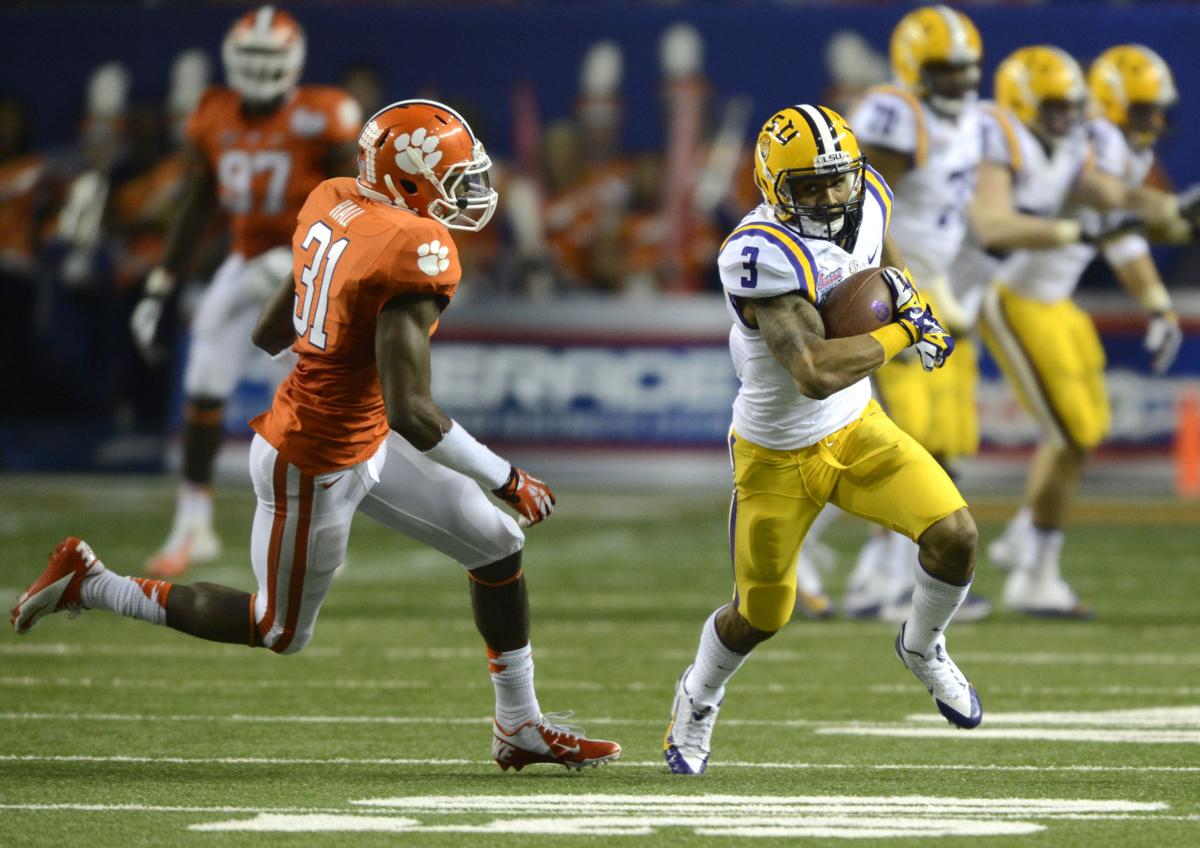 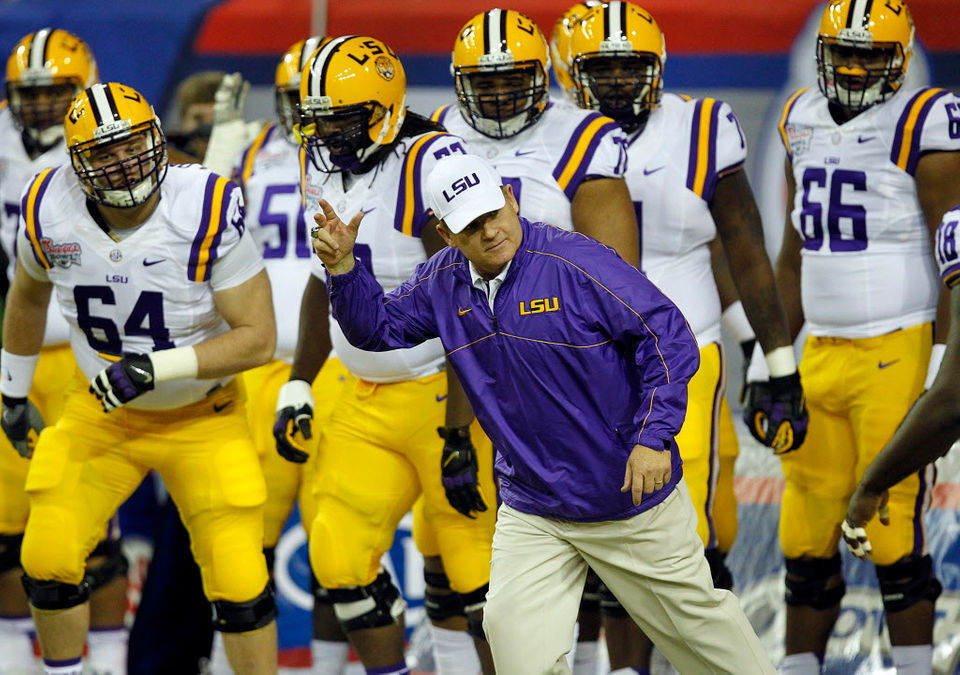 LSU coach Les Miles, center, leads his team onto the field against Clemson at the Chick-fil-A Bowl at the Georgia Dome in Atlanta on Monday, December 31, 2012.

Clemson coach Dabo Swinney lifts the trophy after beating LSU 25-24 during the Chick-fil-A Bowl at the Georgia Dome in Atlanta on Monday, December 31, 2012.

LSU coach Les Miles, center, leads his team onto the field against Clemson at the Chick-fil-A Bowl at the Georgia Dome in Atlanta on Monday, December 31, 2012.

When LSU and Clemson met in the 2012 Chick-fil-A (now Peach) Bowl on New Year’s Eve, it marked the end of a frustrating year for LSU’s Tigers.

For the Clemson Tigers, it was the start of something big.

LSU won its first five Chick-fil-A/Peach Bowl appearances, including the very first Peach Bowl in 1968 against Florida State and a 10-7 victory over Clemson in 1996.

It looked as though LSU was on its way to Peach Bowl win No. 6 until a late fourth-quarter collapse allowed No. 14-ranked Clemson to slip past No. 9 LSU for a 25-24 victory.

Clemson actually never led until time ran out, when Chandler Catanzaro’s 37-yard field goal split the Georgia Dome uprights for the game’s only points. The field goal allowed Clemson to rally from an 11-point deficit over the game’s final 17:45 after Drew Alleman’s 20-yard field goal gave LSU a 24-13 lead.

Clemson dominated the game statistically, out-gaining LSU 445-219. But that was nothing new in the Les Miles era, as his Tigers often won games when the stats indicated otherwise.

In this one, though, LSU, which included lots of players who suffered through a 21-0 loss to Alabama in the 2012 BCS championship game in the Mercedes-Benz Superdome, took its foot off the accelerator after taking that double-digit lead. It was evident LSU simply wanted to coast to victory in a postseason game with much less meaning than the one the Tigers played in and lost.

It was a different story for Clemson. Those Tigers were trying to build their brand under coach Dabo Swinney, their former wide receivers coach who took over midway through the 2008 season after former Tulane coach Tommy Bowden was fired six games in. Swinney, much like LSU’s Ed Orgeron in 2016, went 4-3 the rest of the way and was given the job full time.

Afterward, Swinney and Clemson’s players celebrated beating LSU like it was a national championship.

Clemson quarterback Tajh Boyd was the star, completing 36 of 50 passes for 346 yards and two touchdowns. Clemson amazingly piled up 32 first downs to LSU’s nine, while LSU’s Zach Mettenberger completed only 14 of 23 passes for 120 yards and a touchdown to Jarvis Landry, though two Jeremy Hill touchdown runs of 17 and 57 yards fueled LSU’s big third-quarter lead. But Hill had no fourth-quarter carries as Clemson stacked to stop the run and force LSU to pass.

“We had to throw the football,” LSU coach Les Miles said. “We were not running the football. They were in a position where they outnumbered us against the run.”

LSU finished 10-3 and No. 14 in the final AP poll, while 11-2 Clemson finished at No. 11. LSU would go 10-3 the next year and wouldn’t eclipse that win total until this season’s 14-0 record going into Monday’s CFP championship game.

Meanwhile, Clemson’s program continued to rise. Clemson went 11-2 the next season, and by 2015 was in the CFP championship game where it lost to Alabama. Wins over Alabama in two of the next CFP finals followed, with Clemson on Monday trying to become the 15th program in the AP poll era (since 1936) to win back-to-back national championships.

The rise started in earnest with that win over LSU in the 2012 Chick-fil-A Bowl.

“This win,” Swinney said then, “is the future of Clemson football.”

Both teams are undefeated, both are called Tigers, both claim "Death Valley," but when it comes to the potential financial prize on the line i…