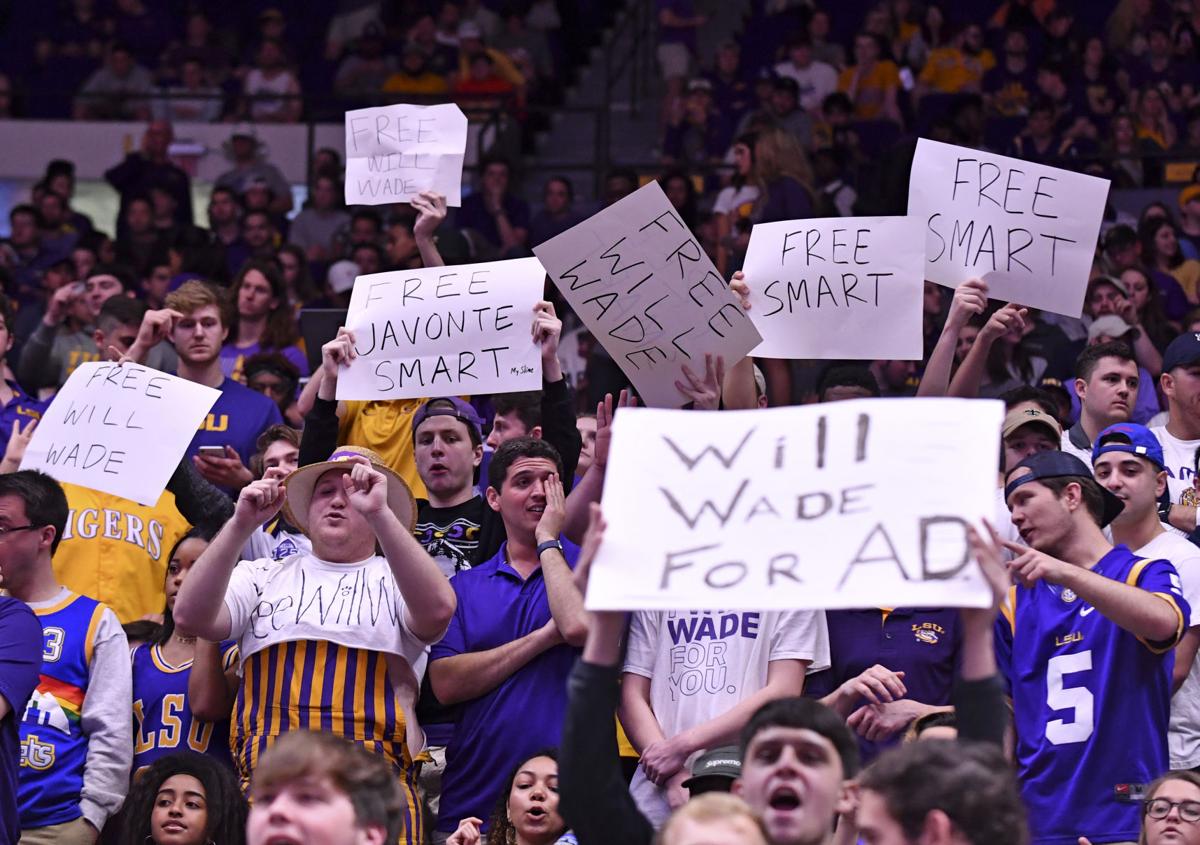 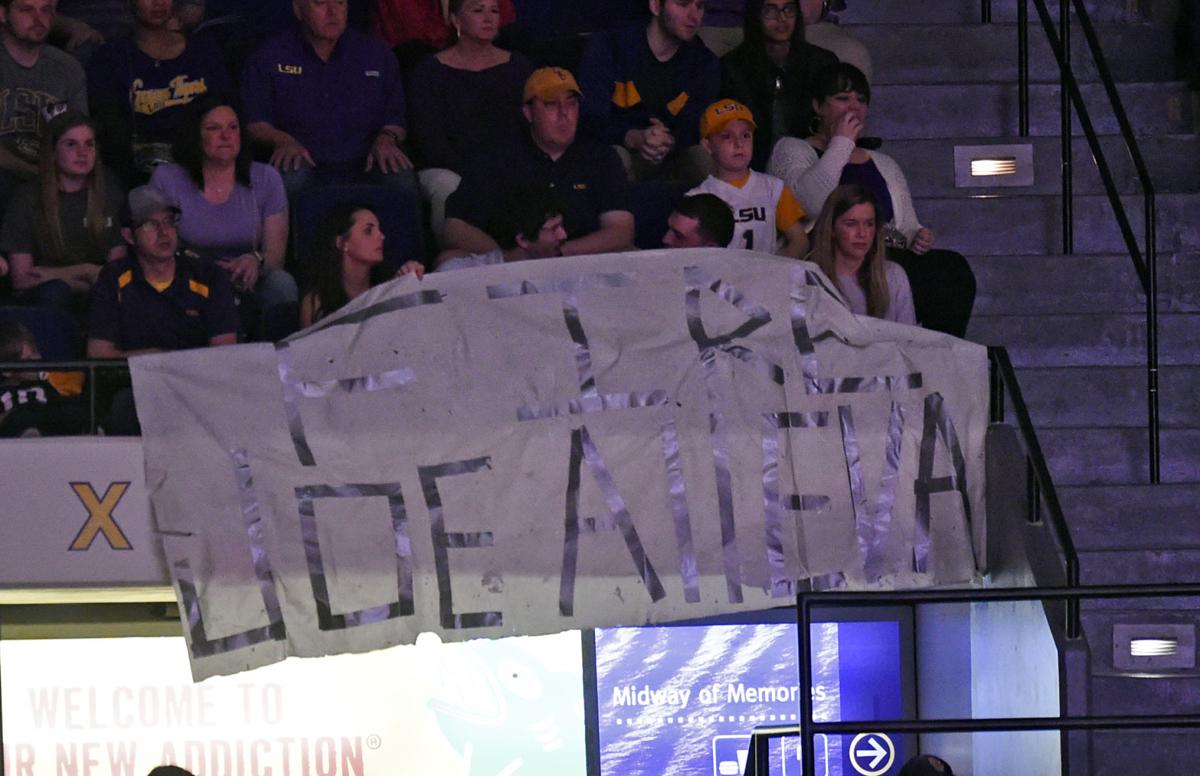 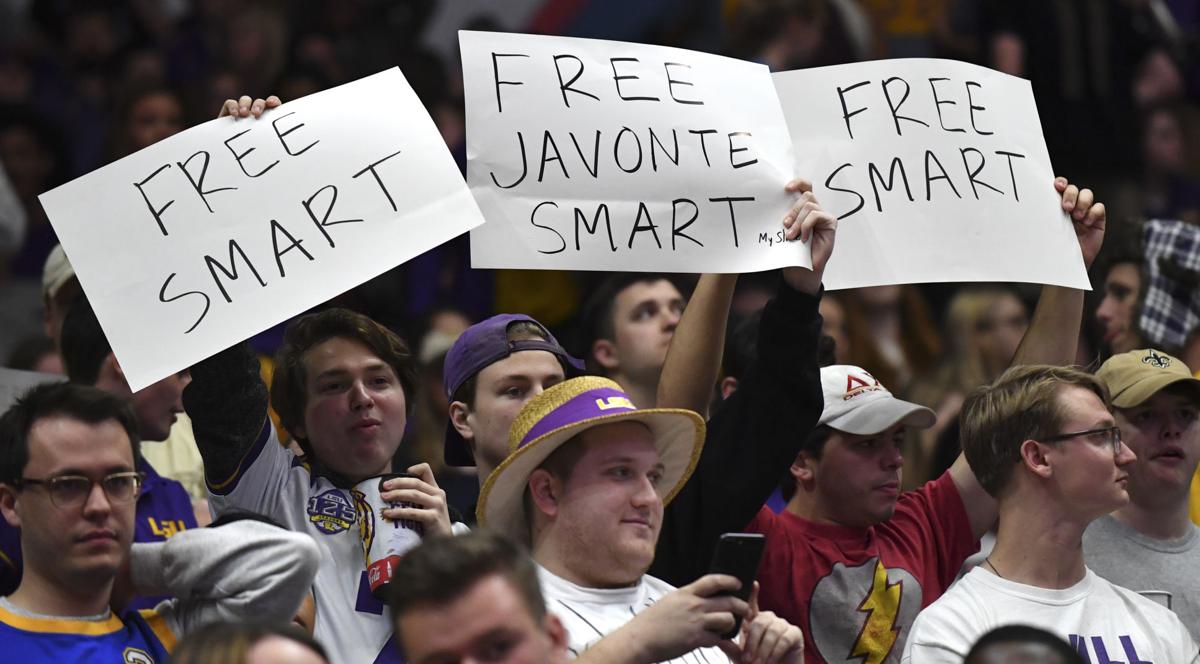 When LSU athletic director Joe Alleva appeared in the Maravich Center on Saturday before the Tigers played Vanderbilt, he was met by groaning fans and loud student section chants of "Free Will Wade" and "Joe must go."

A prominent former LSU athlete thinks the booing and unhappy fans have it all wrong.

Current Monday Night Football analyst Booger McFarland caught wind of what transpired inside the PMAC and said on Twitter that he doesn't understand why fans are angry with Alleva instead of the suspended Wade.

"So the fans would rather (Alleva) let Will (Wade) coach, when Will wouldn't even come to (Alleva's) office and meet with him after the tapes came out? Fans are crazy sometimes. Even the ones that I grew up around. Wow," McFarland said on Twitter.

"(Wade) respectfully declined to do so, resulting in a suspension until more information can be gathered and reviewed," Munson said.

In a statement issued Friday afternoon, Wade said the Yahoo and ESPN reports "do not begin to tell the full story" and that he understands "the University had to take action before all the facts are in."

LSU captured its first Southeastern Conference regular-season title in a decade after demolishing Vanderbilt with interim coach Tony Benford and without freshman Javonte Smart, who was held out the game amid the reports.

The school noted Smart isn't suspended and simply didn't play out of an "abundance of caution."

It's unclear when or if Wade's suspension will be lifted this season.

The Tigers (26-5, 16-2) earned the No. 1 seed in the SEC tournament and will play at noon Friday in the quarterfinals.

NCAA tournament bracket projections have LSU pegged as a No. 2 or No. 3 seed with some pundits projecting LSU as a possible 1-seed if the Tigers win the SEC tournament.

For LSU's Will Wade, $50K SEC title bonus (and likely much more) on hold amid suspension

Amid all the distractions surrounding LSU basketball, an emotional moment in the Tigers' post-game championship celebration stood out Saturday night.