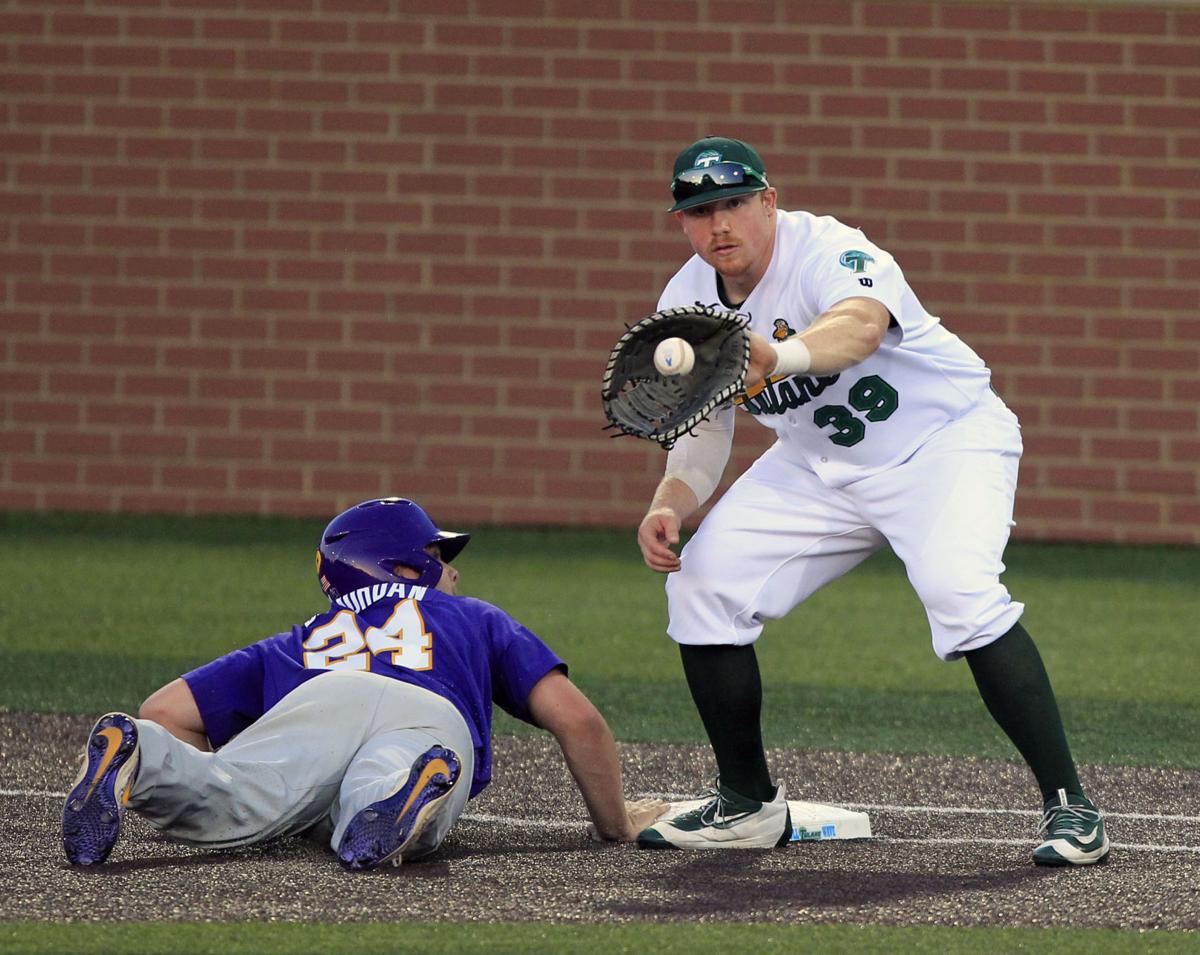 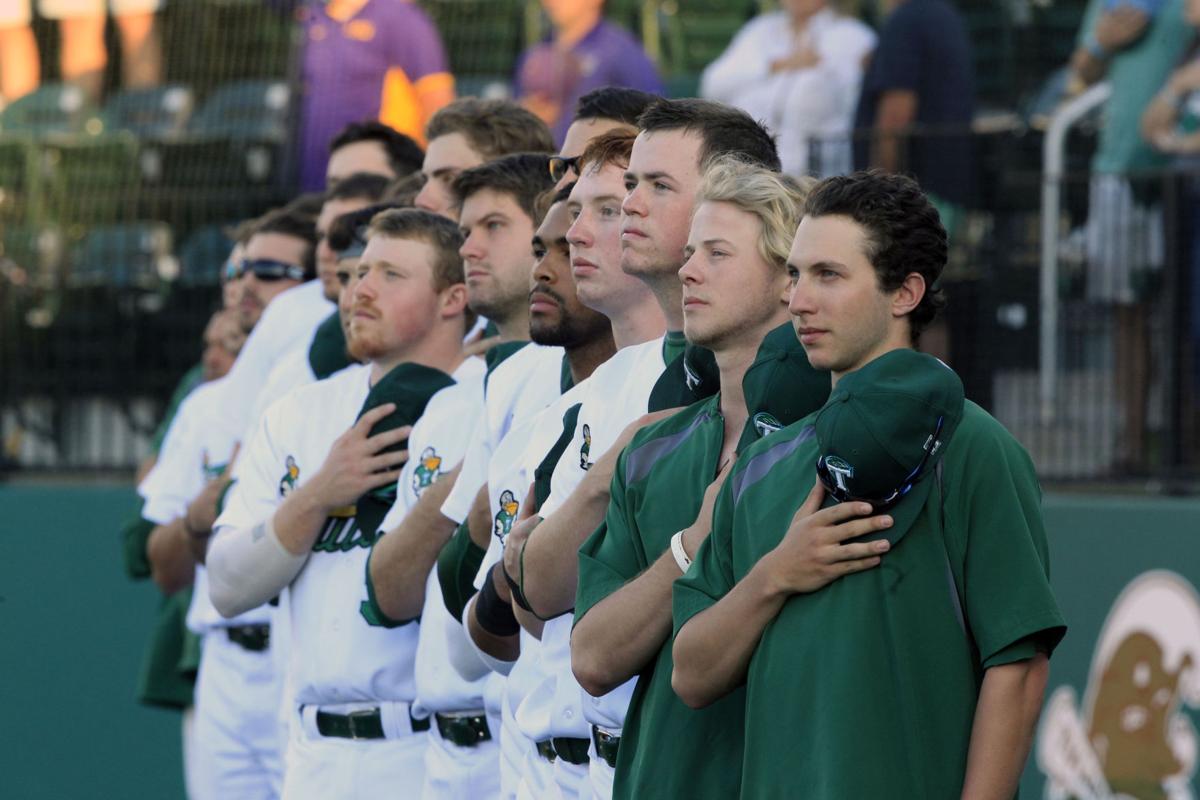 Tulane players stand for the National Anthem before their game with LSU at Turchin Stadium in New Orleans, La. Tuesday, April 25, 2017. 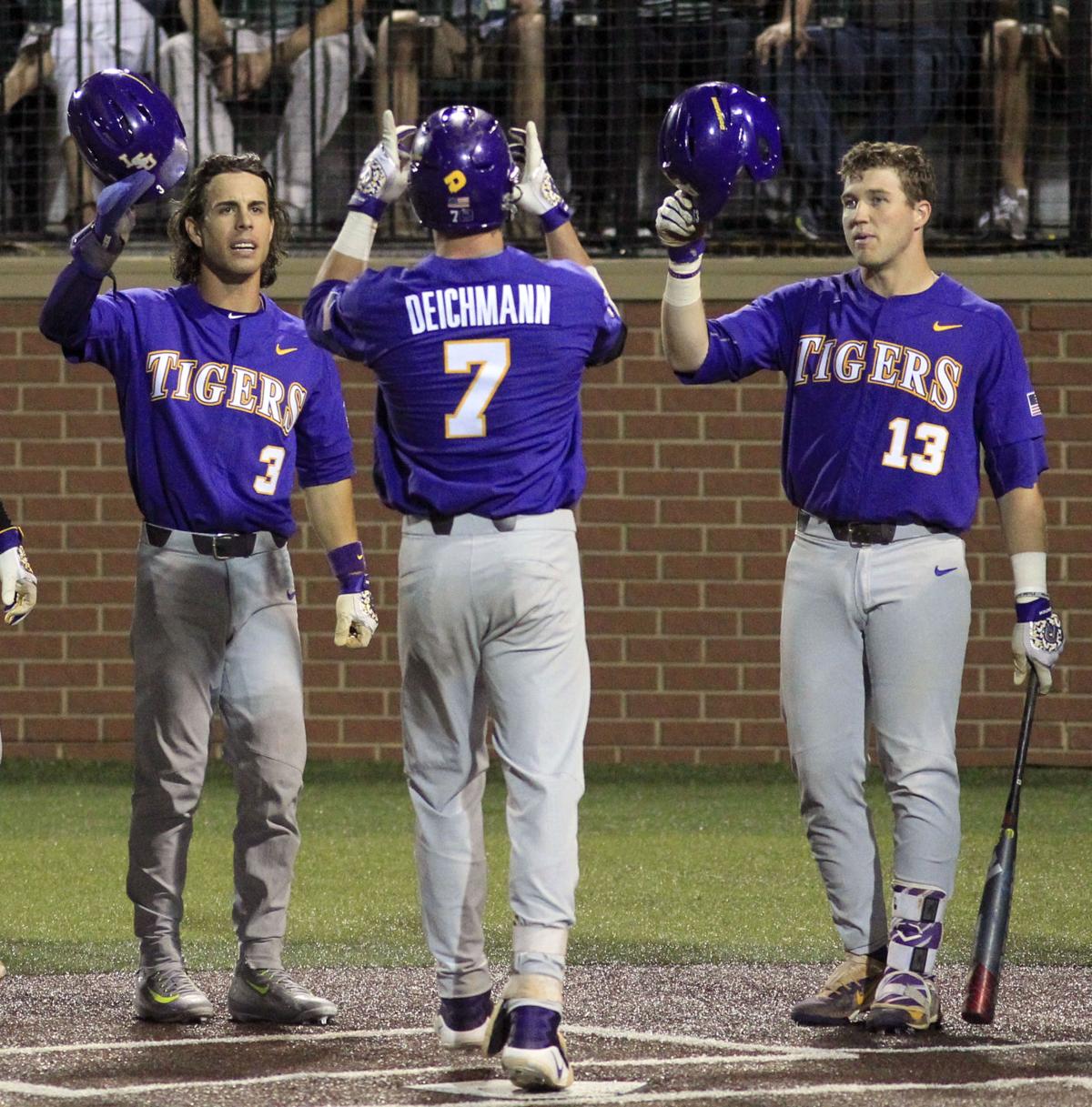 Tulane players stand for the National Anthem before their game with LSU at Turchin Stadium in New Orleans, La. Tuesday, April 25, 2017.

LSU had to feel comfortable as it handed a two-run lead to its late-inning bullpen arms.

Then, in a flash, it was gone. Tulane scored five runs in the seventh inning to stun LSU 9-6, handing the Tigers their fourth consecutive loss in the series for the first time since 1975-77.

Tulane sent 11 batters to the plate in the seventh inning. Four of them tallied hits, four were either hit by pitch or reached on balls and five scored.

Freshman right-hander Zack Hess (4-1) was responsible for two of those batters hit by pitch, both of which came with the bases loaded. The last hit-by-pitch marked the end of his roughest outing of Hess' young career.

Hess was charged with the first loss of his career, retiring just one of the seven batters he faced to give up three earned runs. He also allowed the one runner he inherited to score.

LSU turned to Hess with one out in the inning after Tulane leadoff hitter Grant Witherspoon cut LSU’s lead to one run with an RBI single against sophomore right-hander Caleb Gilbert.

But Hess’ first pitch was laced into the left-center field gap by Lex Kaplan, tying the game at 6-6.

“I was seeing him pretty well last game when we faced him, and I was thinking he was going to put something there for me to hit,” Kaplan said. “He did, and I put a pretty good swing on it.”

The next batter, Grant Brown, had gone 0 for 3 with a pair of strikeouts and had grounded into a double play. But he drilled a Hess offering into right-center field to score the go-ahead run.

“That one’s on me tonight,” Hess said. “When you come into those situations, you gotta get the job done with runners on first and second.

“I just left that ball up. You can’t make that mistake in that situation. You’ve got to get the job done and execute the pitch.”

That was the last hit Tulane got in the inning, but it scored two more runs to extend its lead to 9-6. Hess walked Sal Gozzo on five pitches to load the bases, then hit his next two batters. Austin Bain entered to strike out Paul Gozzo and end the ugly frame.

In the game, LSU walked seven batters and it hit four more. The Tigers have allowed more than 10 runners to reach base via hit by pitch or walk in three of their last four games.

“There was a lot of free passes in the game, a lot of walks and hit batters by both sides,” Mainieri said. “... They gave us the opportunities, we just didn't take advantage of them like they did.”

Beck walked the first two batters he faced in the game, and though LSU was able to erase one with a double play, the other came around to score on former Tiger Jarrett DeHart’s two-out single.

Beck’s next inning started with a walk and a hit by pitch, and he was pulled from the game with runners at second and third with two outs as the Tulane lineup turned over.

But Grant Witherspoon singled on the first pitch he saw from Todd Peterson into shallow right-center to score a pair, then was chased home by Lex Kaplan’s booming double to right field, putting LSU in a 4-1 hole.

But LSU chipped away. Beau Jordan, getting a start at designated hitter, lined a solo home run down the right field line to bring the Tigers within two runs.

Greg Deichmann erased that deficit with a three-run go-ahead homer off freshman right-hander Keagan Gillies in the sixth inning. His 14th homer of the season was LSU’s first lead in the game.

“Deichmann absolutely murdered that ball,” said Tulane coach Travis Jewett. “He's going to play in the Big Leagues. I was hoping not to even get to him.”

But LSU was not able to rally once it found itself in a deficit again. The next time Deichmann came to the plate, he bounced into a 4-6-3 double play on the first pitch he saw from Tulane closer Christian Coletti to kill what looked like a promising LSU rally.

Colettie entered the game to face Deichmann with runners at first and second and one out.

“I just wanted to get out of there as fast as I could,” Coletti said. “I threw a fastball on the outside, and he just rolled over it. It was a great double play. Coach told me I was going in for the fourth batter no matter what, and he was the fourth batter.”

The Tigers are now 1-3 on their seven-game road swing. They get back on the field Thursday in Tuscaloosa, Ala., against Alabama.

“We've got to regroup and get ready for Thursday,” Mainieri said.