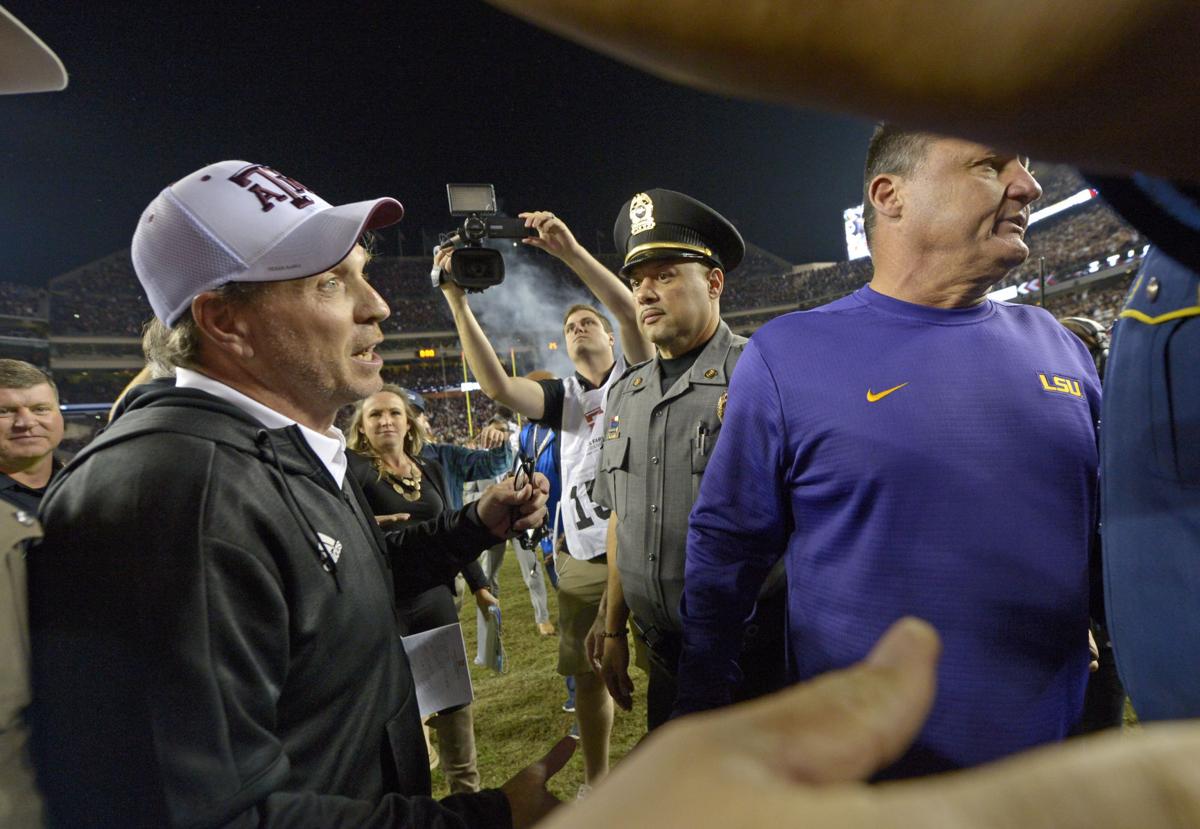 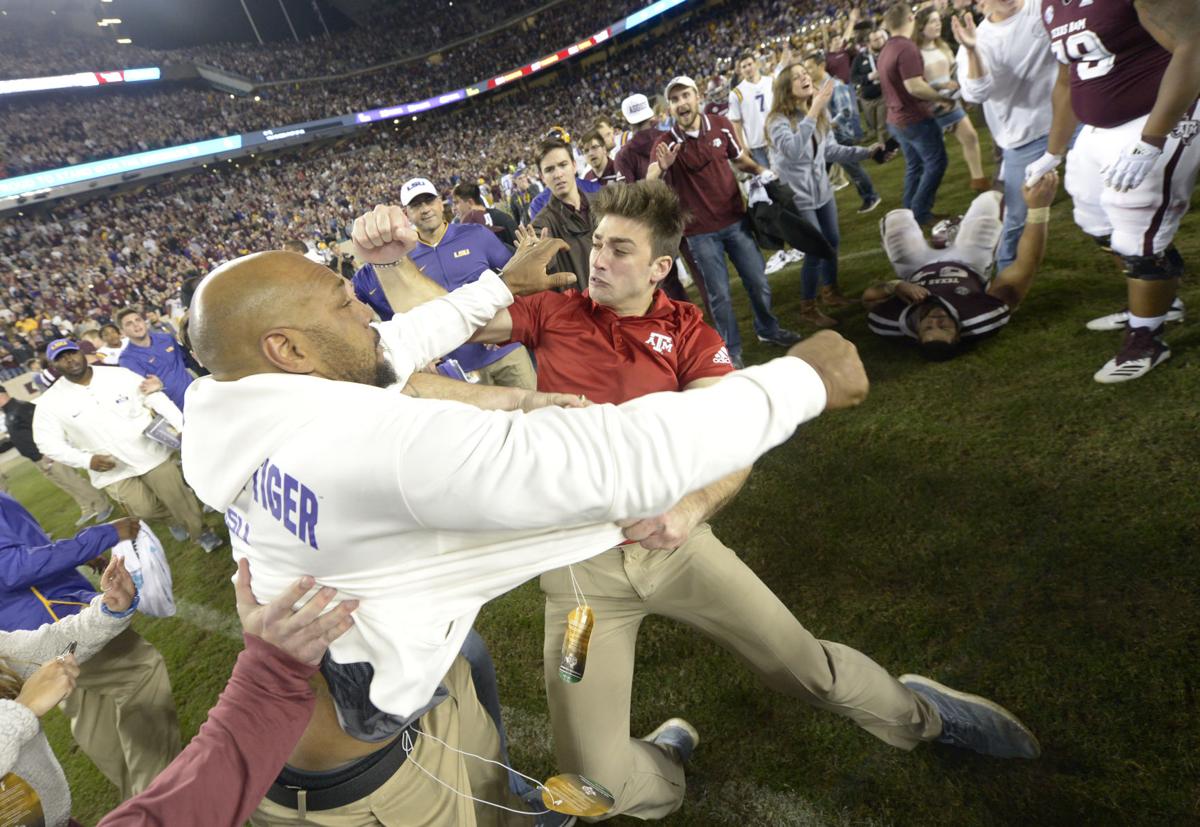 As the scores piled high to the heavens Saturday night between LSU and Texas A&M, something was in the process of being born that LSU has not had in football since Tulane ceased being a formidable Southeastern Conference foe in the 1940s:

Yes, LSU has Alabama, and there is a certain over-the-border animosity with Ole Miss and Mississippi State. The Auburn series has been filled with great and impactful games, and there is Florida in the SEC East — the cross-division rival the conference has shackled to the Tigers without any prospect of them being able to disengage from each other.

And there was once the season-ending Thanksgiving weekend affair that was the Arkansas game, and the subsequent heavy lifting that went into the Battle for the Boot.

But all those schools except Arkansas have a rival that means more to them than LSU does. Alabama and Auburn have the Iron Bowl. Florida has Florida State. Ole Miss and State have the Egg Bowl, and we saw once again Thursday night how intense that sibling conflict can be with the huge brawl that resulted in every player from both teams drawing an unsportsmanlike-conduct penalty.

Who would have imagined that at the end of the highest-scoring and tied for the longest game in FBS history, Texas A&M’s 74-72 seven-overtime epic win over LSU, that some of that same intensity would flare up?

First, Aggies fans rushed the field by the thousands. Then, in the melee, former LSU and current A&M assistant Dameyune Craig reportedly taunted the LSU bench. That drew a rebuke from LSU analyst Steve Kragthorpe, which reportedly got him punched by A&M football staffer Cole Fisher (head coach Jimbo Fisher’s nephew), which led to a tussle between Kevin Faulk (LSU's director of player development and former running back) and Cole Fisher.

Advocating violence has no place, least of all in a sports column, especially when directed at someone like Kragthorpe, a very nice and decent man who said he got punched near a pacemaker that helps him deal with his Parkinson’s disease. But overall, a little clean, old-fashioned hate (as they call the Georgia-Georgia Tech rivalry) might be good for the Tigers and Aggies.

Texas A&M will always feel a deeper disdain for Texas, but the Aggies divorced themselves from the Longhorns when they decided to break from the Big 12 and join the SEC six years ago. A&M and Texas will probably play in football again someday, but in the meantime there is this bubbling thing with LSU.

The Tigers and Aggies of course are no newcomers on each other’s block. Saturday’s game was the 57th meeting in a series that began way back in 1899, a series that had become lopsided in LSU’s favor with seven straight wins dating back to the 2011 Cotton Bowl. Before that, you had to go back to the 1995 game when Texas A&M beat LSU.

A rivalry is not a rivalry unless there’s at least some threat each side can beat the other, which begs the question what to call this thing LSU has going with Alabama after eight straight defeats. For better or worse, from LSU’s perspective, the threat from A&M has apparently grown significantly with Jimbo Fisher’s arrival in College Station.

Sure, it was a game that could have gone either way numerous times on the way to seven OTs. And it is a perverse brand of Aggie joke that A&M screwed up and winded up with a chance to win. LSU safety Grant Delpit's interception of A&M quarterback Kellen Mond in the final minute of regulation, with LSU leading 31-24, was nullified because Mond’s knee touched the ground as he bent down to retrieve a routine shotgun snap he had dropped.

But it also is not entirely LSU-based paranoia to find it ominous that Fisher is 1-0 against LSU in his first try. Texas A&M, with enough wealth at its disposal to make Bill Gates look like a minor-league technogeek hunched over his basement keyboard, has made up its mind to be somebody in college football. Somebody it has not been since winning its one and only national championship way back in 1939.

Will Texas A&M come to own LSU as Alabama has? Time will tell, though it must be said the Aggies often have been a program that struggles to run with its shoelaces tied together. But seven straight wins for LSU, or A&M, is probably something not to be seen anytime soon.

This rivalry has all the makings of a turf war. LSU and A&M are basically neighbors. They fight over the same recruits in southeast Texas and south Louisiana, and they have a lot of similarities in their fan bases. When Tigers and Aggies hands clap to root on their teams, they are often stained with oil.

When Texas A&M travels to Tiger Stadium next season, it will be as more than an interloper LSU has to keep an eye on but knows it can keep at arm’s length. It will be as a true threat, a true rival. Someone else to deal with in the increasingly rugged SEC West.

For LSU and Texas A&M, ultimately that will be a good thing.

See exclusive photos from the scene of the scuffle between LSU director of player development Kevin Faulk and Cole Fisher, the nephew of Texas…