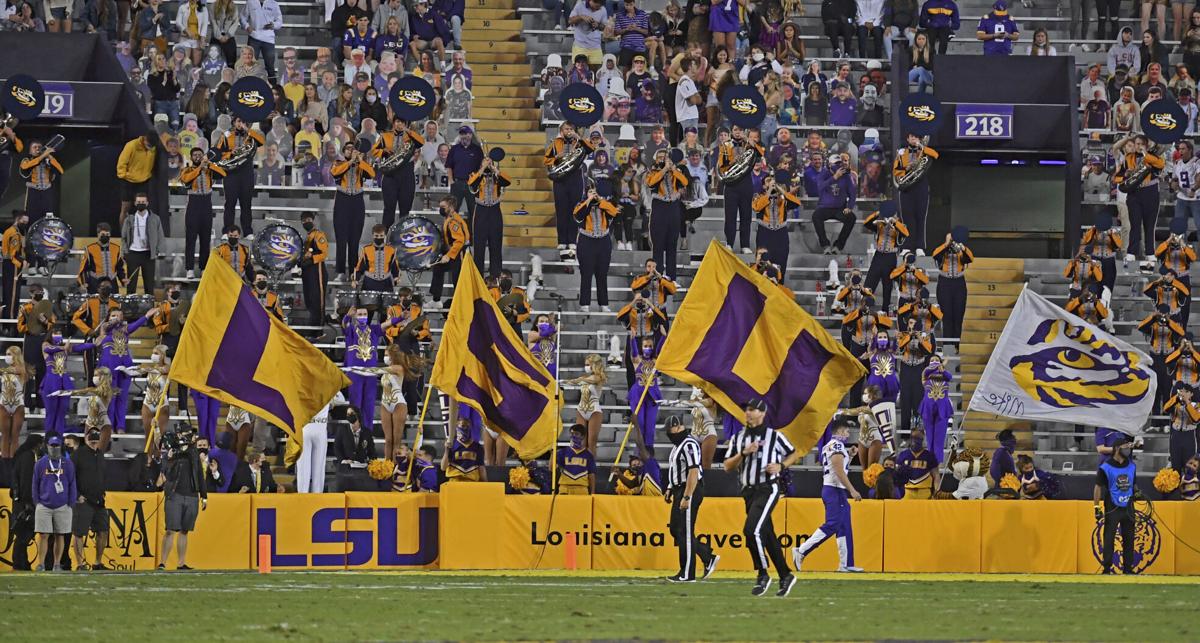 LSU celebrates a touchdown in the first half against South Carolina, Saturday, October 24, 2020, at LSU's Tiger Stadium in Baton Rouge, La. 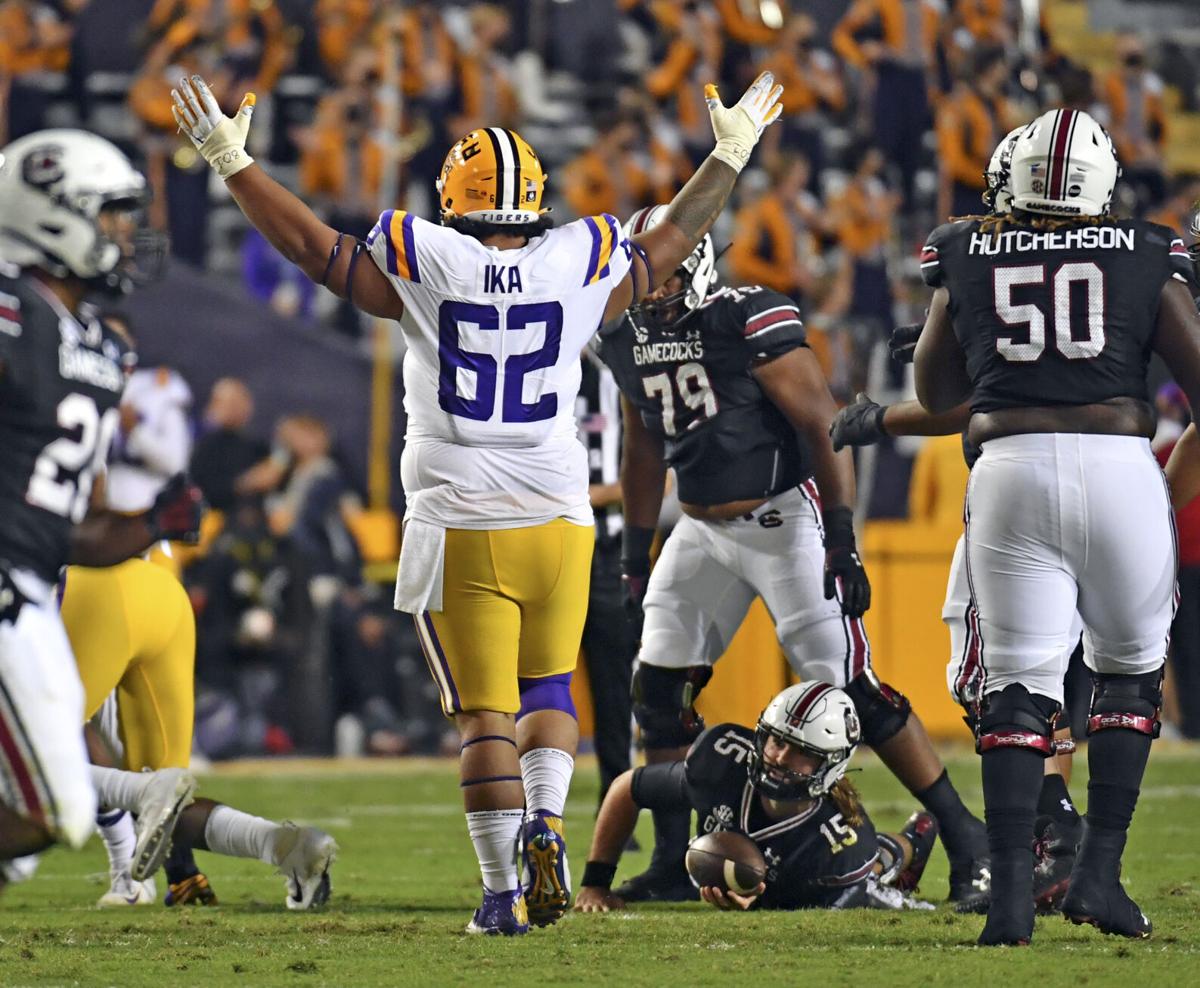 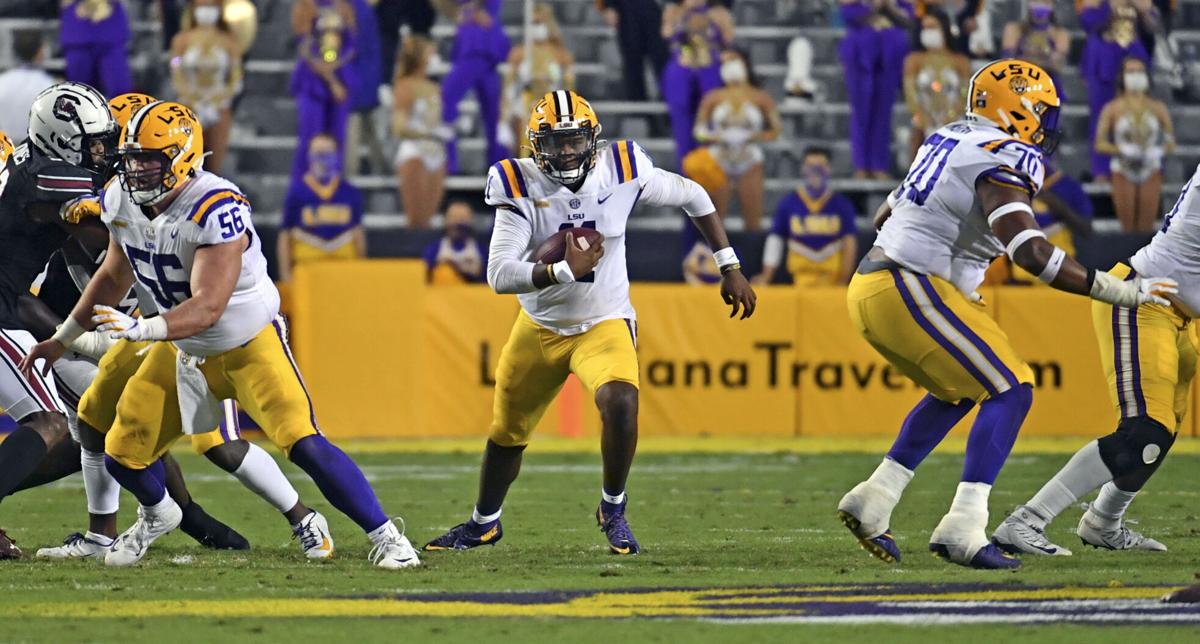 LSU quarterback TJ Finley (11) carries the ball up the middle in the first half against South Carolina, Saturday, October 24, 2020, at LSU's Tiger Stadium in Baton Rouge, La.

LSU celebrates a touchdown in the first half against South Carolina, Saturday, October 24, 2020, at LSU's Tiger Stadium in Baton Rouge, La.

LSU quarterback TJ Finley (11) carries the ball up the middle in the first half against South Carolina, Saturday, October 24, 2020, at LSU's Tiger Stadium in Baton Rouge, La.

LSU stepped out on its own Tuesday as the first SEC program to require proof of vaccination or a negative PCR COVID test to attend football games at Tiger Stadium, and reactions on social media ranged from surprised to pleased to angry.

Louisiana's vaccination rate recently hit 40 percent, a figure still well below most of the nation.

In setting a new SEC standard, LSU officials are hopeful that it will help slow the spread of the highly contagious delta variant of the coronavirus.

“As the flagship institution of the state of Louisiana, our foremost responsibility is to ensure the safety of our students, our supporters, and our community,” LSU president William F. Tate IV said in a statement on Monday.

LSU's season opener is set for 7:30 p.m. on Sept. 4 at UCLA, which is not yet requiring proof of vaccination to attend games. The Tigers host McNeese State at 7 p.m. on Sept. 11 in the home opener in Baton Rouge.

Reports on Tuesday show that SEC rivals like Georgia and Tennessee likely won't follow LSU's lead on the matter.

Reactions to the news quickly spread across social media, including one LSU fan in College Station, Texas, saying that she quickly got her first vaccine shot Monday morning.

Got an email this morning about having to be vaccinated for LSU games. Was at Wal Greens getting the vaccine before noon.

The most common reaction to the development on Twitter on Tuesday was genuine surprise and praise for the university.

Surprised LSU was the first SEC team to do this, but good on them. https://t.co/0HKvfbvoOY

Gotta be honest, I did not expect LSU Football to be a leader on this, but it feels great. I was having a lot of trouble getting into football this year and now I’m a bit more fired up to support this team. I think this can make a real difference.

As to be expected with what's become a polarizing topic, there were some fans who expressed disappointment with the effort to try to enforce a vaccine requirement. The New Orleans Saints faced plenty of heat when they implemented a similar policy ahead of Monday's first preseason home game.

Tate received mostly positive reactions on Twitter and elsewhere, but some LSU supporters are less than pleased with the new LSU president.

I hate to say it but as an Alumni I hope LSU get sued over this.

That seals the deal. I am no longer an LSU baseball fan. I’ve been a fan since 1982 and a season ticket holder since 1996. I officially will not be renewing my plan next season nor will I watch on tv ever again. I am now a TN fan. They are our daddy anyway.

For any fan who may decide to cancel their season tickets, there's likely someone waiting to take their place.

If any LSU season ticket holders are outraged at the Covid-19 precaution requirements and want to throw their tickets away, I will gladly take them off your hands. 💜💛 geaux tigers!!

LSU students will need to present proof of COVID vaccination by Oct. 15; here's how it will work

LSU students will have until Oct. 15 to show proof of vaccination or present their declarations for formally opting out. University of New Orl…