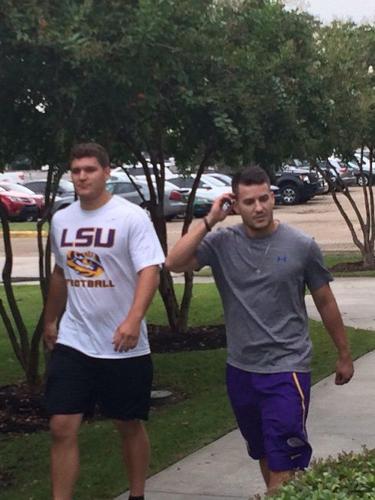 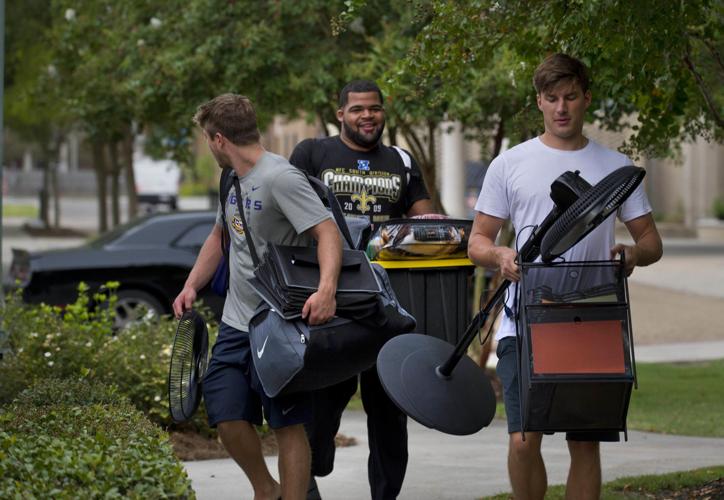 From left to right, placekicker Connor Culp, defensive tackle Rashard Lawrence and punter Josh Growden bring in some of the comforts of home, as they walk to their buildings at LSU's West Campus Apartments, where LSU football players reported for their lodging for preseason camp on Wednesday, Aug. 3, 2016. 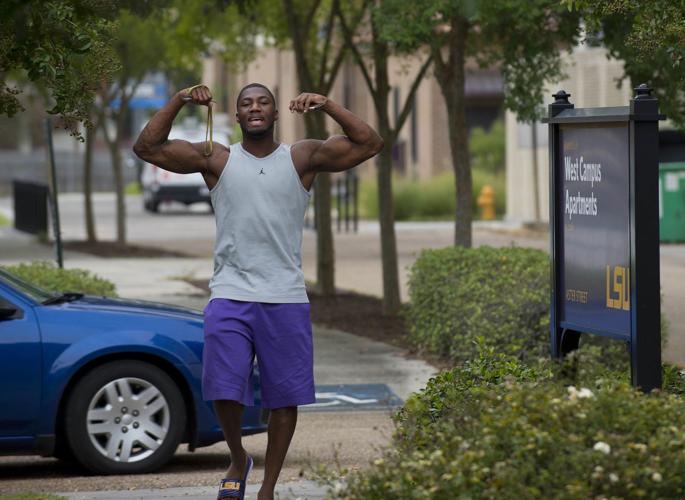 Outside linebacker Corey Thompson checking in to camp last week. 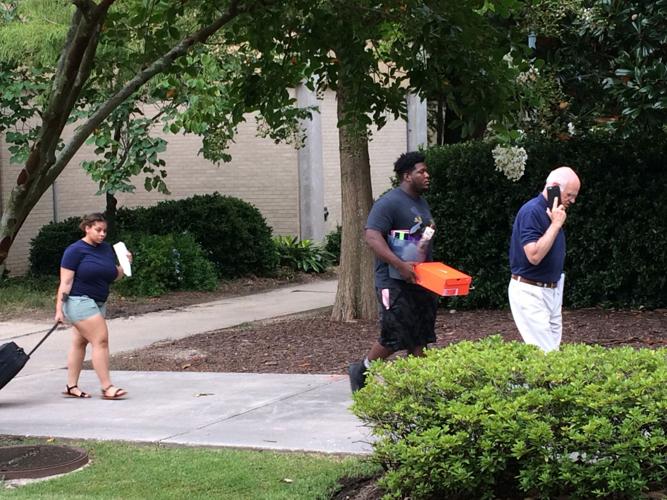 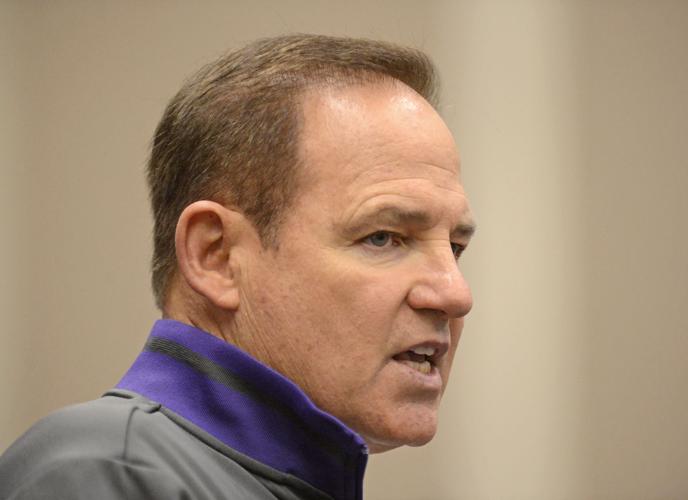 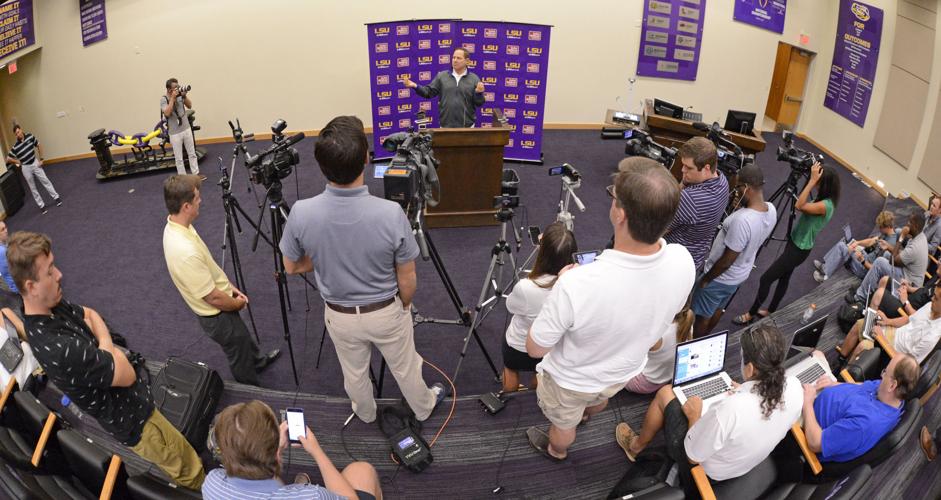 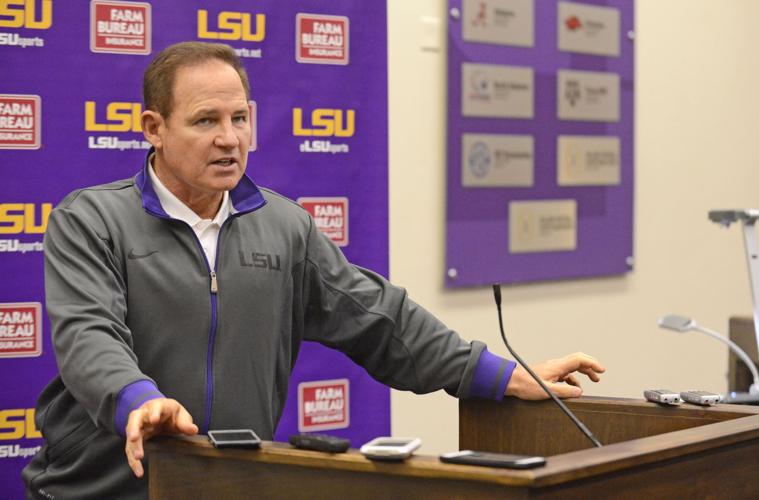 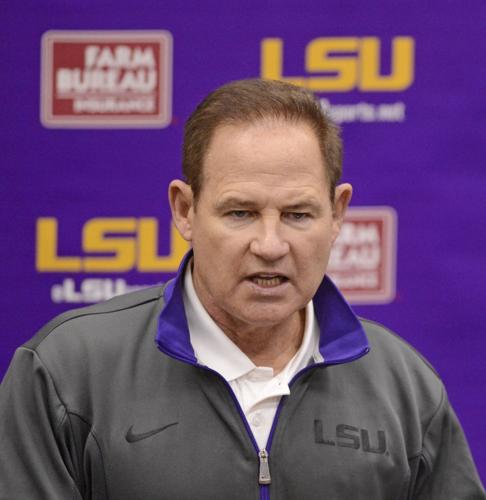 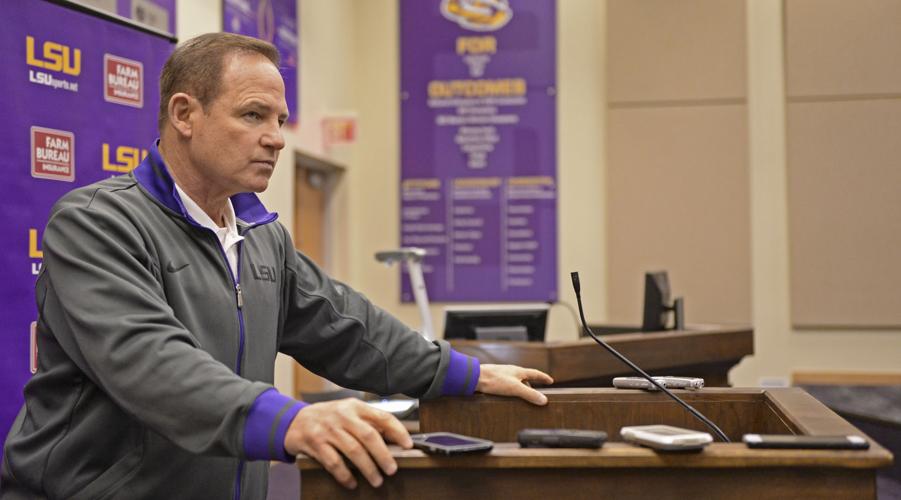 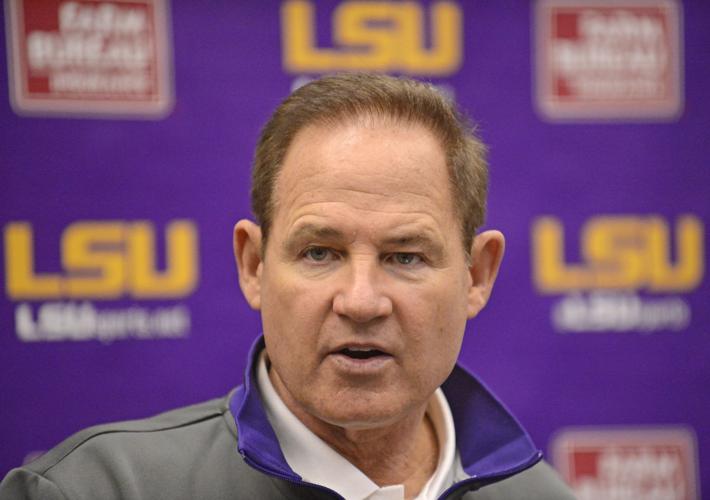 From left to right, placekicker Connor Culp, defensive tackle Rashard Lawrence and punter Josh Growden bring in some of the comforts of home, as they walk to their buildings at LSU's West Campus Apartments, where LSU football players reported for their lodging for preseason camp on Wednesday, Aug. 3, 2016.

Outside linebacker Corey Thompson checking in to camp last week.

Colby Delahoussaye flipped up a finger — a thumb, to be more precise.

Delahoussaye, who flashed a thumbs up to reporters while reporting for camp Wednesday morning, could practice as early as Thursday despite suffering a second-degree burn on his left leg just a week and a half ago.

"I am told that it’s likely he could go ahead and kick tomorrow," coach Les Miles said Wednesday afternoon at a news conference.

Video recap of the news conference:

Less than two weeks ago, Delahoussaye survived a fiery car crash in Wisconsin that took two lives. He reported for preseason camp, walking into the West Campus Apartments and flashing a thumbs up when asked about the second-degree burn.

Delahoussaye is projected to be LSU's starting kicker after the departure of Trent Domingue over the summer. Domingue, a former walk-on given a one-year scholarship last season, left because LSU did not renew his scholarship.

Trent Domingue will finish his college football career at Texas.

Delahoussaye, a senior from New Iberia, was the lone survivor in a July 24 car crash that killed Nebraska punter Sam Foltz and former Michigan State punter Mike Sadler. The car slid off a rain-slicked road and rammed into a tree at the bottom of a 40-foot embankment.

Delahoussaye, wearing his seat belt, was in the back seat. He suffered a leg burn, needed stitches to his head and suffered bruising around his hips and chest.

"I think with the (therapy) done there has really helped. It’s on the outside of his leg," Miles said, referring to the softball-size burn on Delahoussaye's left leg. "It’s a plant leg. He (has) full comfort and swing. We’re really glad he’s back for a bunch of reasons."

Delahoussaye escaped from the backseat of the two-door Mercedes-Benz coupe, crawling, his father believes, out of a shattered back window. The burning sensation on his leg woke him from an unconscious state.

The family of LSU place-kicker Colby Delahoussaye gave an update on his health Friday, issui…

Andre Anthony headed for a redshirt

LSU defensive line signee Andre Anthony will enroll at the school but won't be eligible to join the team until the spring, Miles said Wednesday.

Anthony, an Edna Karr graduate and the nation's 15th-best weakside defensive end in this year's signing class, was ruled ineligible by the NCAA, and LSU's appeal was denied, Miles said.

Anthony will use an academic redshirt this fall, sitting out while attending classes at LSU to reach eligibility by the spring.

The hangup with the NCAA regards Anthony’s three semesters at Miller McCoy Academy in New Orleans. Miller McCoy shut down two years ago, and Anthony's coursework from the school was lost, Miles said.

Because he fell one point short of a qualifying mark on the ACT, the NCAA had to use his Miller McCoy credits, Miles said. Those credits were lost.

"The principal left, teachers that taught the classes left, so there would be no grade book and no tests," the coach said. "It would be very difficult to determine exactly how that course was taught."

Anthony counts against LSU's 85 scholarship players but not the 105 on the roster for camp, Miles said.

Teuhema, the projected starter at left tackle, reported to camp wearing a walking boot on his left foot, according to a photo posted via WAFB. Junior K.J. Malone, thought to be the line's sixth man, would likely work at left tackle in place of Teuhema, a sophomore who started at left guard last season.

"It doesn’t appear to be a terrible significant one," Miles said of the sprain.

All players who underwent offseason surgeries and procedures have returned to full health, except one: starting guard Will Clapp.

Clapp, a sophomore, underwent hip surgery in April, similar to the one center Ethan Pocic had in January. Miles indicated that LSU will take it slow with Clapp, but that he's expected to practice.