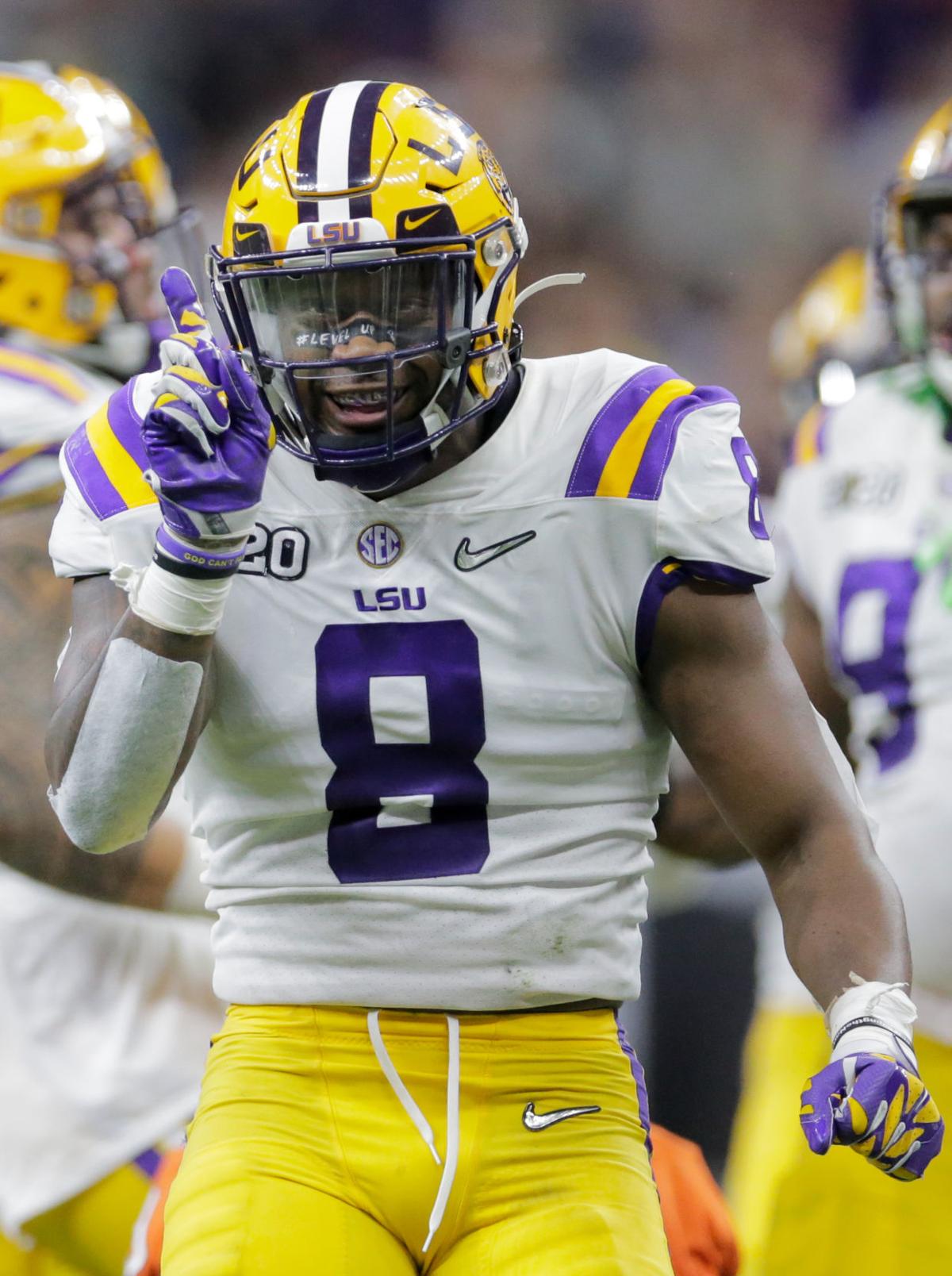 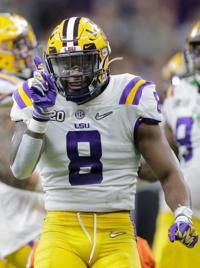 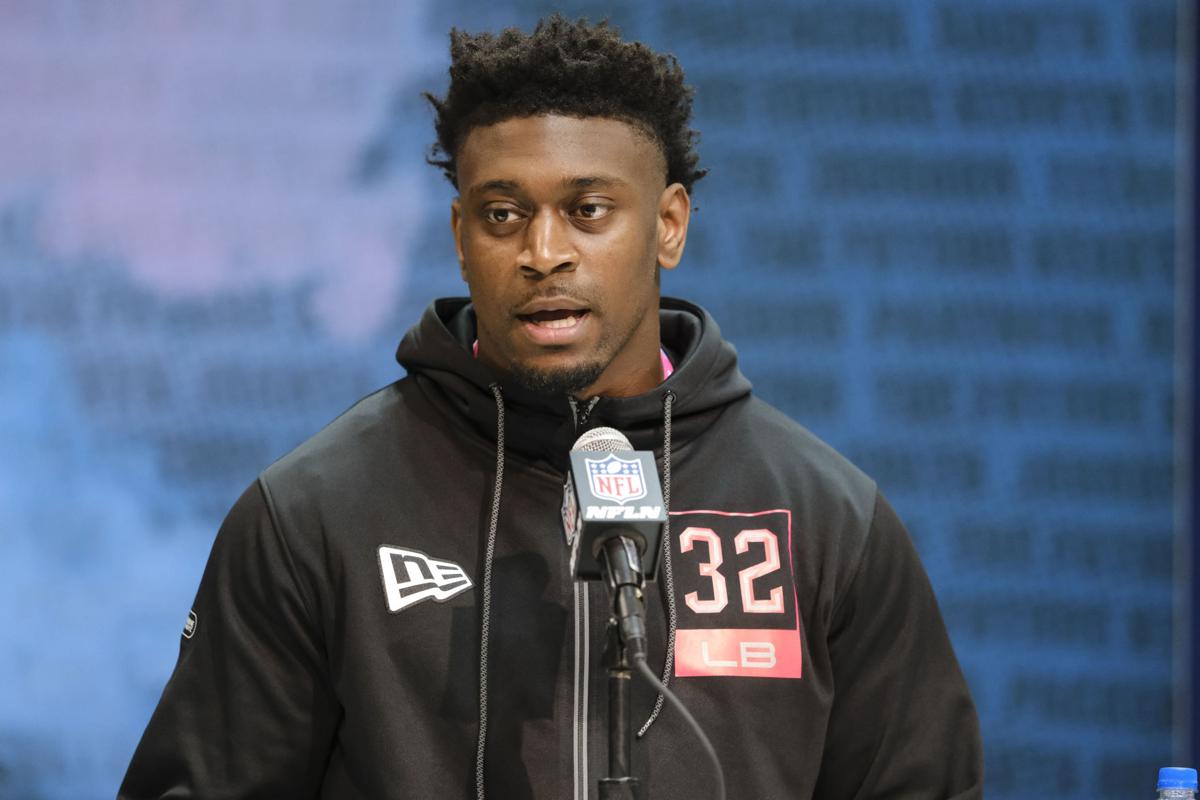 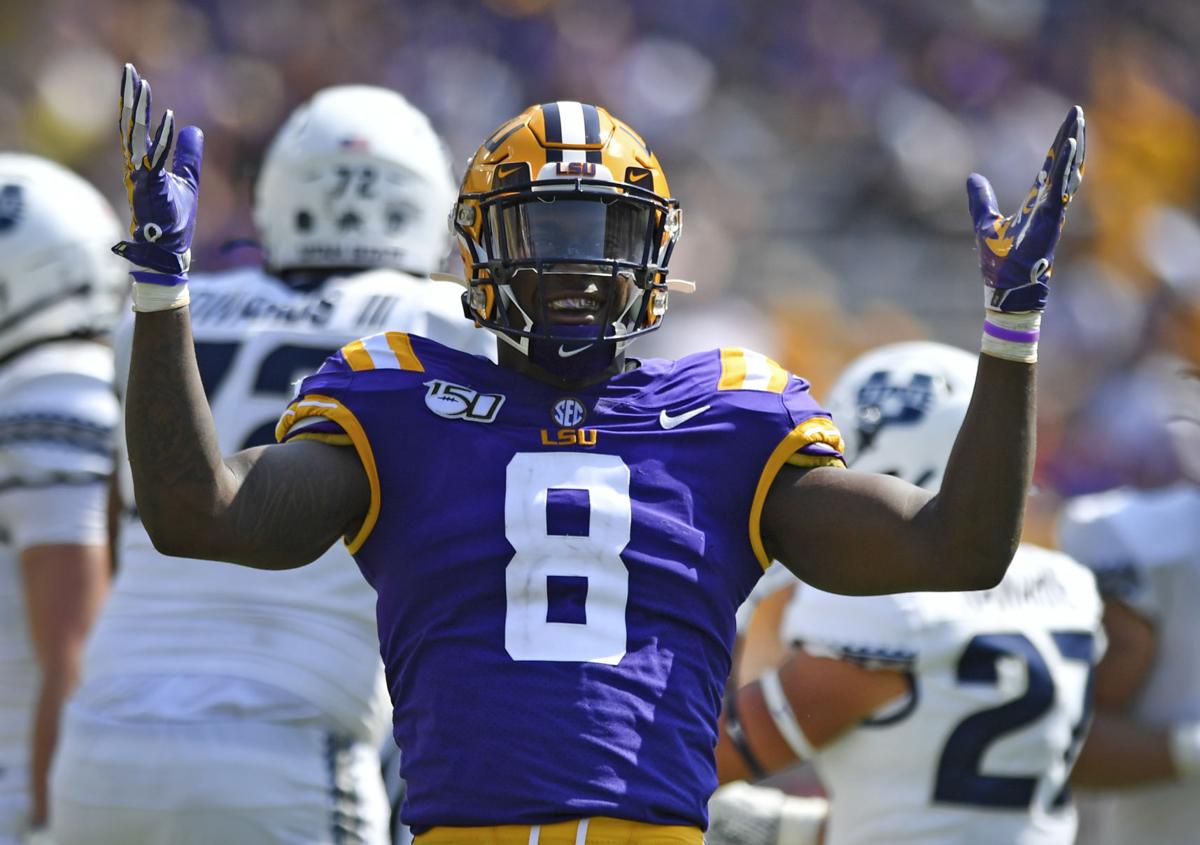 LSU linebacker Patrick Queen (8) celebrates after making a big stop in the second half of the Tigers' 42-6 win over the Aggies, Saturday, October 5, 2019, at LSU's Tiger Stadium in Baton Rouge, La.

LSU linebacker Patrick Queen (8) celebrates after making a big stop in the second half of the Tigers' 42-6 win over the Aggies, Saturday, October 5, 2019, at LSU's Tiger Stadium in Baton Rouge, La.

Versatility made Patrick Queen a hot commodity that brought a lot of football recruiters to Livonia High. Could versatility be both a blessing and a curse?

It was a fair question. Not knowing what position he should or would play in college was confusing for Queen until just before his senior year.

What transpired in the spring of 2016 also set the stage for Queen to become a breakout player for the Tigers last fall, the MVP of the national title-game win over Clemson and now a likely first-round pick in the NFL Draft that begins Thursday.

“Patrick Queen … that’s my guy,” said Payne, now the defensive coordinator at Landry-Walker. “We still talk and text often. I am so proud of everything Pat has done.

“He put in the work and waited his turn. And when he got the chance, he showed what he can do. He did what I told Aranda I thought he could do.”

Aranda, now the head coach at Baylor, made Livonia one of his early stops after being hired by former LSU coach Les Miles. Aranda told Guy Mistretta, then the head coach at LHS, that he wasn’t sold on signing a guy to play linebacker who was primarily a running back in high school.

Mistretta knew what needed to happen next. He was familiar with LSU and its recruits because he coached two Tigers, running back Jeremy Hill and offensive lineman La’el Collins, at Redemptorist.

“The fact that we played Pat so much at running back probably did hurt him recruiting wise,” Mistretta, now the Dutchtown head coach, said. “You could see he was so gifted and was capable of doing pretty much anything. And we needed him at running back.

“But right now, with his size and especially his speed, he is the prototype linebacker you see in the NFL. As a (high school) senior, he showed what he could do at both positions. He made one all-state team on defense and another on offense.”

Queen was already a 1,000-rusher, so Mistretta turned him over to Payne that spring. The fit turned out to be just as good for Queen as Aranda’s LSU defense ultimately would be. Payne is  a former Grambling and McNeese linebacker who proudly points to a list of top coaches he played for. Queen absorbed the cumulative knowledge Payne shared.

“It didn’t take long,” Payne recalled. “He made plays all over the field. After about two and a half weeks, I told Aranda he had better sign him or LSU would miss out.”

In turn, Payne made sure Queen didn’t miss a single lesson in his personal linebacker 101 course. The two studied film together, often for two to three hours a day. Payne also got Queen to use the football knowledge he already had as a running back.

“One day I looked at him and said, ‘OK, you see the running back lined up over there. What’s the play? What do you have to do?’ And he answered immediately,” Payne said. “He got it.”

When he arrived at LSU in the summer of 2017, Queen was talented and confident. But he had to pay his dues, playing on special teams and getting spot duty at linebacker. Queen picked up a new mentor in teammate Devin White, the Tiger star now with the Tampa Bay Bucs.

“Every little chance I got, I tried to take advantage of. I thought I was good enough to start, but this is LSU and we have a lot of great players,” Queen recalled. “And because it is LSU, you have to compete. That is what did … compete and work.”

Queen started the Alabama as a sophomore when White was sidelined for one half by a controversial targeting ejection vs. Mississippi State. He responded with nine tackles — a career high he would reach twice more.

But the 6-foot-1, 227-pound Queen wasn’t a starter when the 2019 season began. Payne and others reminded him to be patient. And in what seemed like an instant, things fell into place. Queen started 11 of the 14 LSU games he played in and was the Tigers’ No. 3 tackler with 85 total tackles and a combined total of 15.5 tackles for loss/sacks.

Queen’s speed and ability to make tackles in the open field was showcased in the title-game win over Clemson.

“How quick it happened — yes, that is crazy. But I always knew what I am capable and knew it was possible,” Queen said. “They say all it takes is one year, one season, to change your life. And that's what happened.”

LSU, Saints and NFL draft: 7 Tigers in mock Round 1, a popular Saints pick and Delpit falls

At long last the NFL Draft is nearly here. Or is it there? Everywhere?