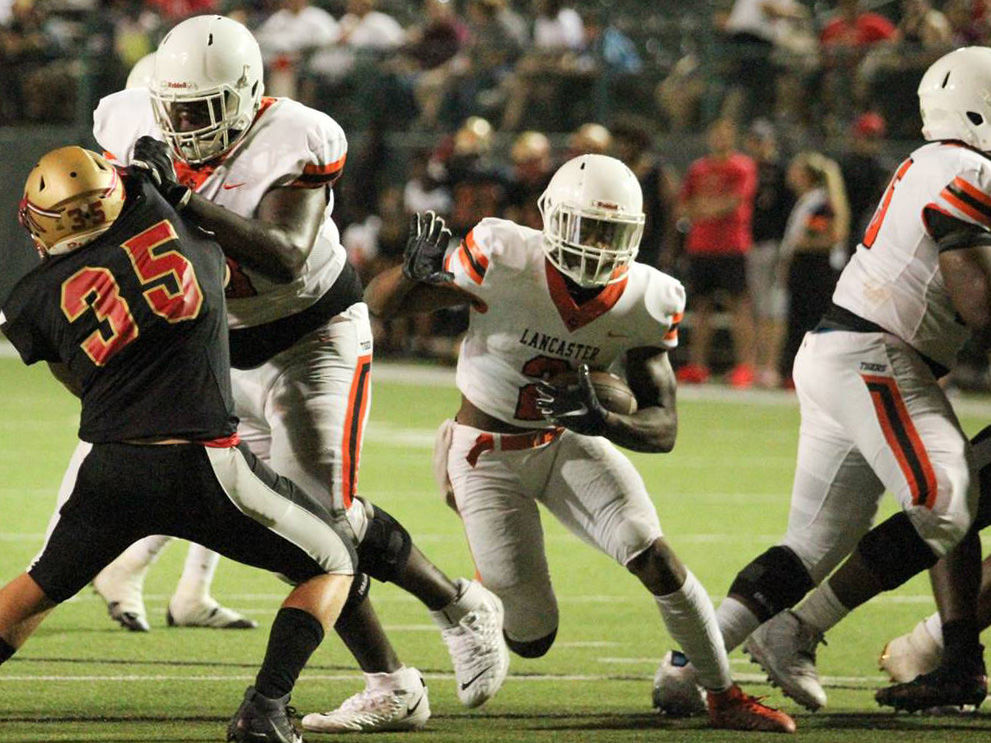 Kevontre Bradford of Lancaster High School signed a letter of intent Wednesday to play for LSU. 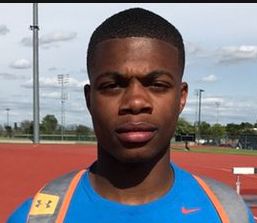 Kevontre Bradford of Lancaster High School signed a letter of intent Wednesday to play for LSU.

LANCASTER, Texas — Kevontre Bradford, “Tre” to his family and friends, isn’t one to seek the spotlight.

A friend and teammate at Lancaster High School, a town of about 39,000 just south of Dallas, runs his Twitter account for him. His coach, Chris Gilbert, said recruiters found it took some effort to get Bradford to reply to a call or a text.

“You usually have to get a hold of his mom,” Gilbert said. “He appreciated all the offers, but you’d never know it.

“If you got a text or a call back, you’re pretty hot.”

LSU’s “hotness” as a program is part of what led Bradford to sign with the Tigers on Wednesday, the first day of the traditional February signing period.

“That helped my commitment,” Bradford said. “Who wouldn’t want to play for a national champion?”

Well, five-star Houston Northshore running back Zachary Evans, for starters. The unicorn of this 2019-20 recruiting class, Evans has been hot and cold on a host of top-shelf programs, including LSU, which Gilbert with no small note of sarcasm described as being in the Evans “sweepstakes” this recruiting season.

Evans was not expected to sign with anyone Wednesday and theoretically could still wind up with LSU at some point. Theoretically, too, Mike the Tiger could do a pirouette on top of one of Tiger Stadium’s goalposts. Doesn’t mean it’s likely to happen.

LSU’s futile pursuit means the Tigers got in late on Bradford, though he appears to have been the next running back on their board. Gilbert said LSU’s initial scholarship offer came in September. Bradford said he didn’t start getting the full-court recruiting press from Ed Orgeron and running backs coach Tommie Robinson (also LSU’s recruiting coordinator) until Lancaster was deep in the Texas state playoffs.

But apparently, Bradford ended up as the only running back the Tigers are likely to take this recruiting cycle. That made a big impression on the four-star prospect.

“I know if I go in and work hard, I can play,” said Bradford, who had more than two dozen scholarship offers, including Ohio State, Ole Miss, Texas, Utah, Wisconsin, Baylor and Missouri.

All-Southeastern Conference tailback Clyde Edwards-Helaire, the biggest offensive surprise for LSU in a season full of them, may be gone to the NFL. But Bradford is likely to find plenty of competition awaits him in Tyrion Davis-Price, who got most of the tailback carries that Helaire did not, former five-star John Emery and Chris Curry, who dazzled in place of the injured Edwards-Helaire in LSU’s CFP semifinal win in the Peach Bowl.

Bradford, who rushed for 1,563 yards and 23 touchdowns as a senior, also caught his share of passes for the Tigers.

Now he says he will be comfortable catching passes for the Tigers.

National signing day: The Advocate's 'Best of the Bunch' in LSU's 2020 recruiting class

LSU capped off its 2020 recruiting class on national signing day Wednesday. The Tigers still have two scholarship positions available, and the…

“At Lancaster, they used me a lot like (Edwards-Helaire)," said Bradford, who often got shifted out as a wide out when LSU went with an empty set in the backfield. “They run a spread. I can go out and play receiver, so it’s perfect for me.”

That’s where the comparisons with Edwards-Helaire probably end. While Edwards-Helaire was a compact back about 5-foot-7 or 5-foot-8, Bradford stands at least 6 feet tall and is closing in on 200 pounds. Gilbert said he could see him playing at a little more than 200 in college. And beyond.

“He’s got the measurables,” Gilbert said. “The ability. He’s got an Sunday NFL skill set and is going to a place where they’re used to that. I’m looking forward to how he turns out.”

Bradford was one of the last pieces to LSU’s 2020-21 recruiting class. The Tigers topped out at 22 signees, though they still have a couple of players listed as commitments, including Lancaster cornerback Lorando Johnson (he was not part of Wednesday’s signing ceremony), who are working on their academics.

Gilbert said Johnson is still trying to get eligible but did not elaborate.

There were no nasty surprise flips for LSU on Wednesday, but neither were there any big additions to the plus side. Jordan Burch, who committed South Carolina but didn’t sign in December, left the door open for LSU before shutting it again Wednesday, saying he will with the Gamecocks.

And one-time LSU commitment McKinnley Jackson out of Georgia did not make his way back to the Tigers, signing with Texas A&M. LSU could have used one or both of them, especially with the expected announcement Wednesday from Ed Orgeron that the Tigers are going back to the 4-3 under new defensive coordinator Bo Pelini.

While LSU may have gone begging for that one splashy defensive lineman who could have really added an exclamation point to the Tigers’ recruiting efforts, it was a strong class overall, one that ranked No. 4 nationally.

And with three open slots, LSU can look to bolster its roster with a big transfer or even hold over a slot or three for the 2020-21 class.

But Bradford himself fills a big need. You want to sign at least one running back in each cycle, and he’s a strong one, ranked in the top 130 nationally by 247Sports.com’s composite recruiting ranking.

LSU’s national title helped pull Bradford into the fold despite the Tigers’ late start on him. LSU has to hope that’s a good sign of what is to come in the next recruiting cycle, when a national championship can really pay big dividends.

LSU football in a 'fight' to finish 2020 class strong; what to expect on national signing day