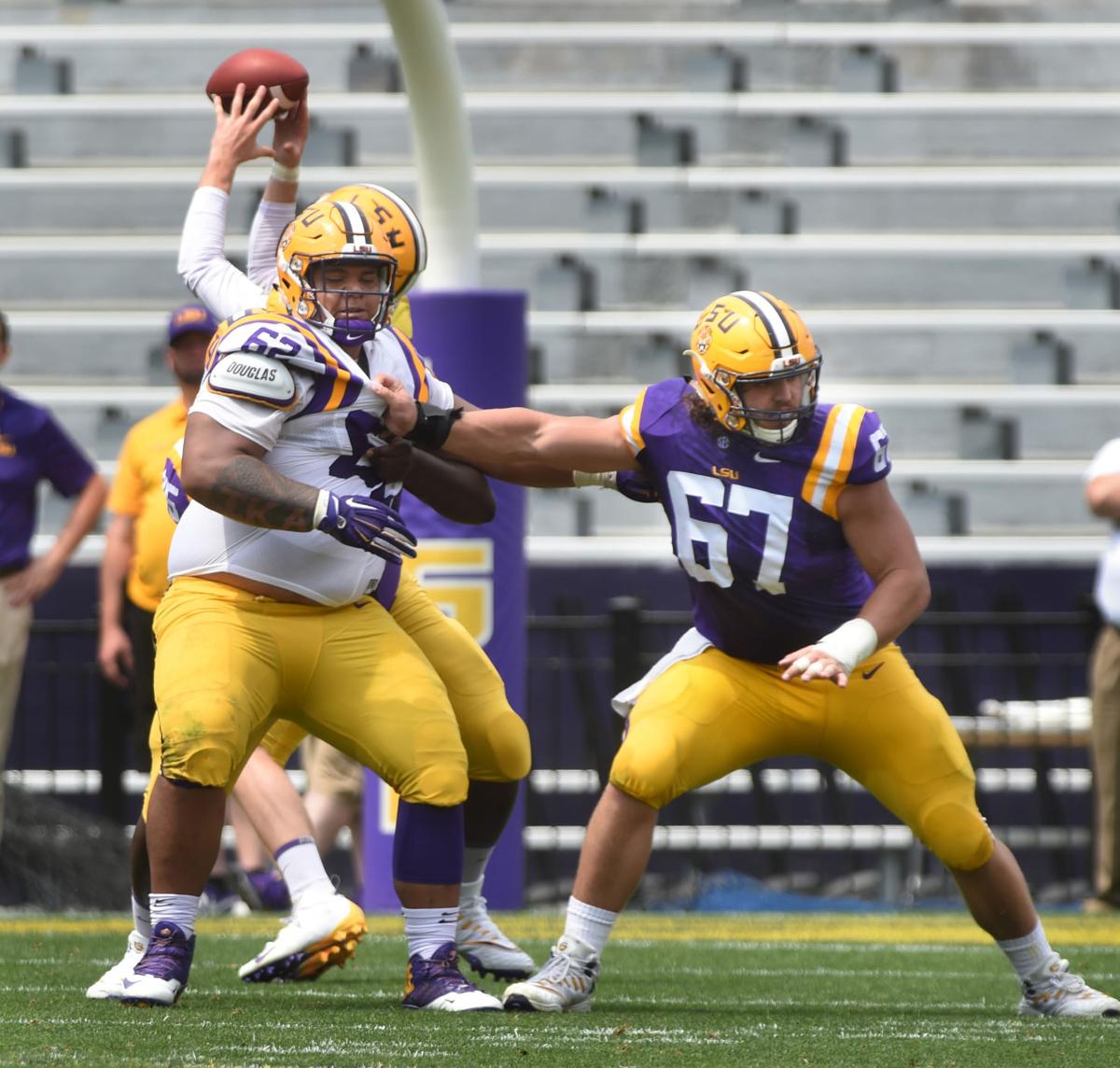 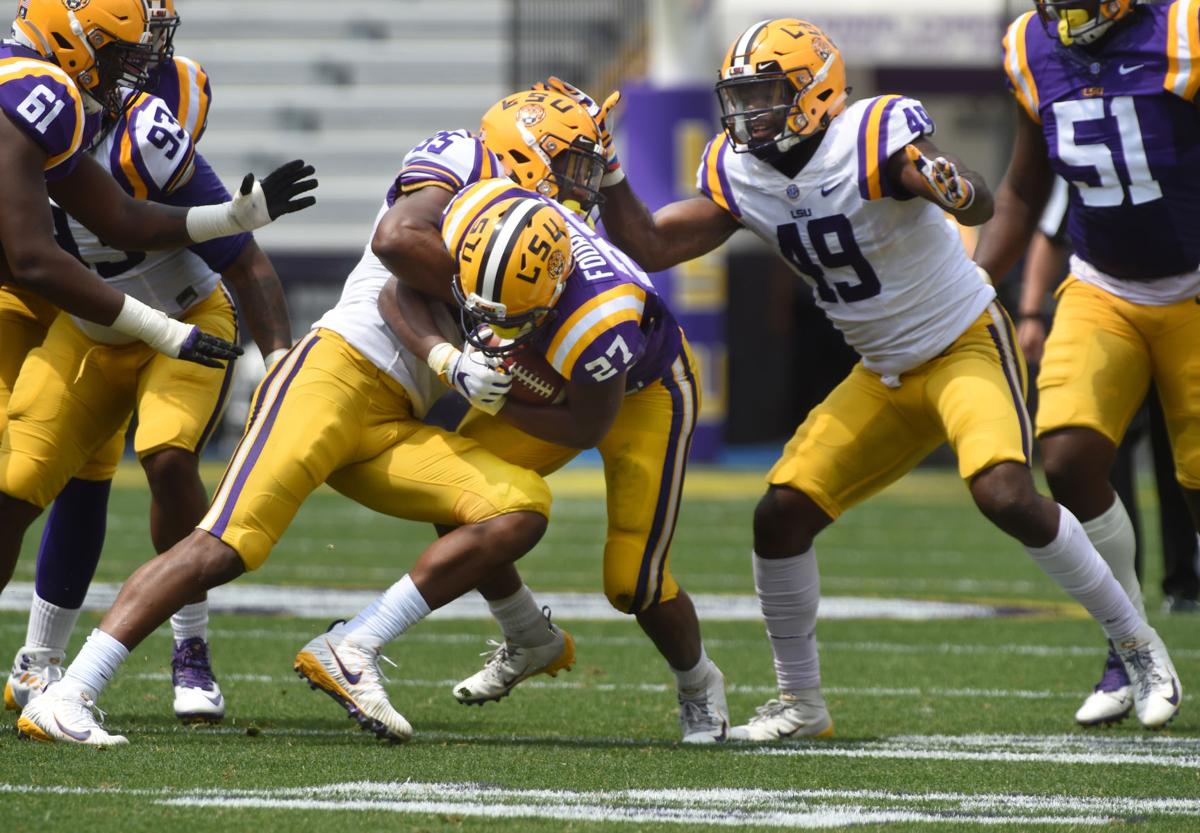 LSU coach Ed Orgeron spoke often about the team's struggles in the trenches during the 2018 season.

The Tigers aimed to bolster their defensive front with the addition of true freshman Siaki "Apu" Ika, and after frequently being brought up in Orgeron's news conferences during spring practice, Ika lived up to his billing.

How did LSU look in the spring game? Electric plays on offense, highlights on defense

As soon as LSU fullback Tory Carter got split out to the sideline as a receiver, it was clea…

"Dominant performance," Orgeron said of Ika. "It looked like the game was easy to him. He was having fun out there. Running around, dancing. That's the type of player we want."

LSU QB Myles Brennan leads the Tigers with explosive pass plays; 'I'm excited about where he is'

The freshman from Utah was constantly in the backfield with disruptive plays, like when he forced an early throw by Brennan on third down that resulted in an incompletion.

Ika started out the spring as a backup to sophomore Tyler Shelvin, who played in six games last season; but Ika has impressed Orgeron enough this spring to have his coach consider giving him more playing time.

LSU RB Chris Curry impresses in spring game, steamrolls defender; 'That's what we want from him'

Shelvin recorded one tackle on Saturday and recovered a fumble on the first drive of the scrimmage.

"They're competing," said Orgeron, who said Shelvin had the better day in last week's closed scrimmage. "I believe both of those guys are sharing the starting spot at nose tackle. We got better at that position. I'm glad we did."

What's ahead for LSU offseason football? Some questions following the Tigers spring game

When the crowd filtered out of Tiger Stadium on a sweaty, sweltering Saturday, live-action LSU football left with it.

FLOWER MOUND, Texas — Marcel Brooks sits down in the Marcus High coaches office and rubs his arms, still sore from his workout the night before.