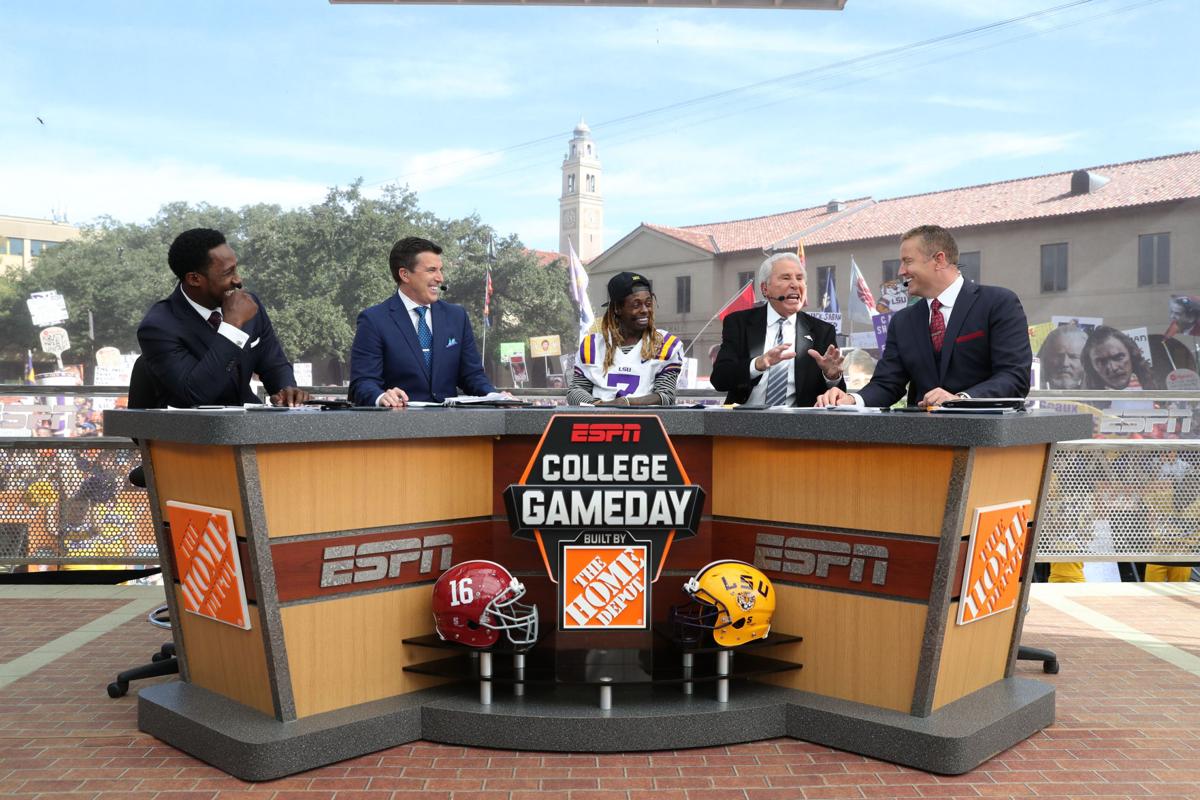 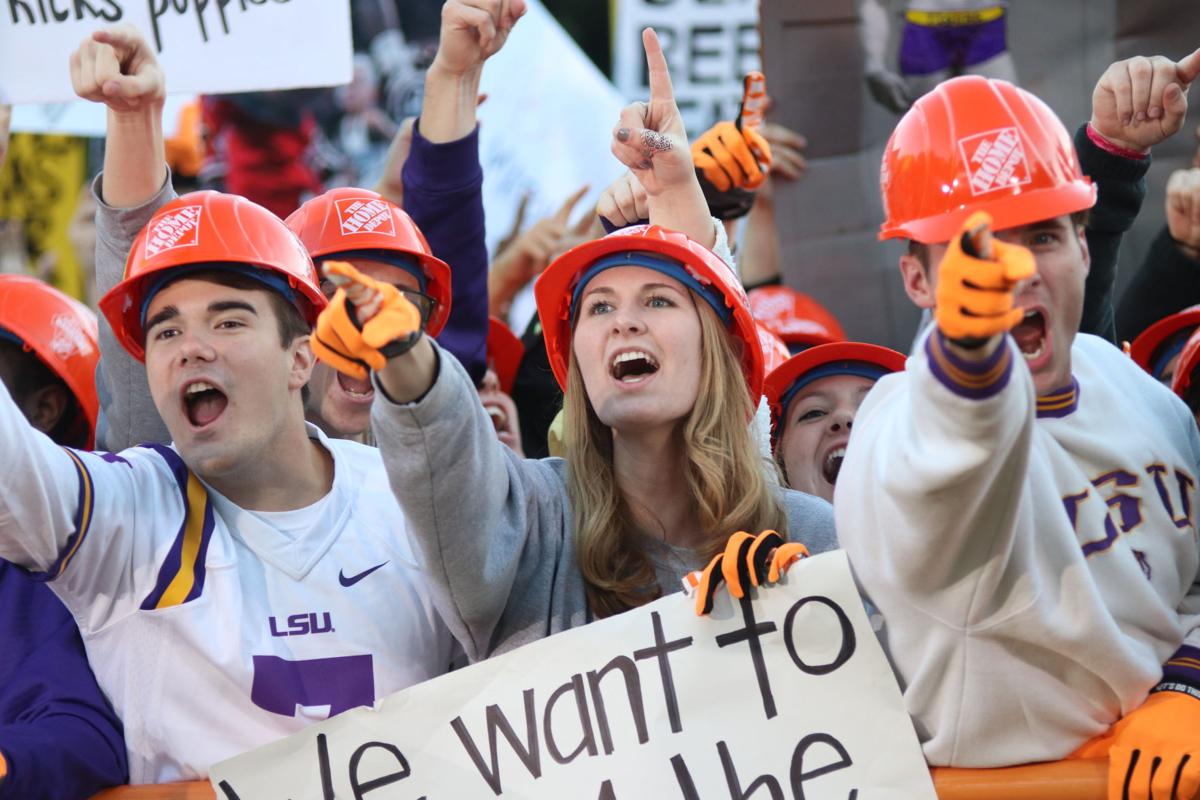 LSU’s fans get loud at College Gameday at LSU on Saturday.

LSU’s fans get loud at College Gameday at LSU on Saturday.

The show will broadcast from 8 a.m. to 11 a.m. and feature LSU's night home game against Florida. It's one of two games pairing top 10 teams and the only game between two unbeaten teams.

They’re back in Baton Rouge for the 13th time! @CollegeGameDay will air live from The @LSU Quad on Saturday from 8-11 a.m. https://t.co/SPJGaC9LuH pic.twitter.com/CB173gpyeB

Gameday has broadcast from 30 LSU games since the show's inception in 1993. That ranks sixth most all-time, tied with Michigan and Notre Dame.

Saturday night's game will kick off at 7 p.m. ESPN will broadcast the game.

LSU vs. Florida will be a top 10 matchup; See where both teams are ranked in the AP Top 25

LSU football stayed at No. 5 in the latest rankings of the AP Top 25 poll, which was updated and released Sunday afternoon.