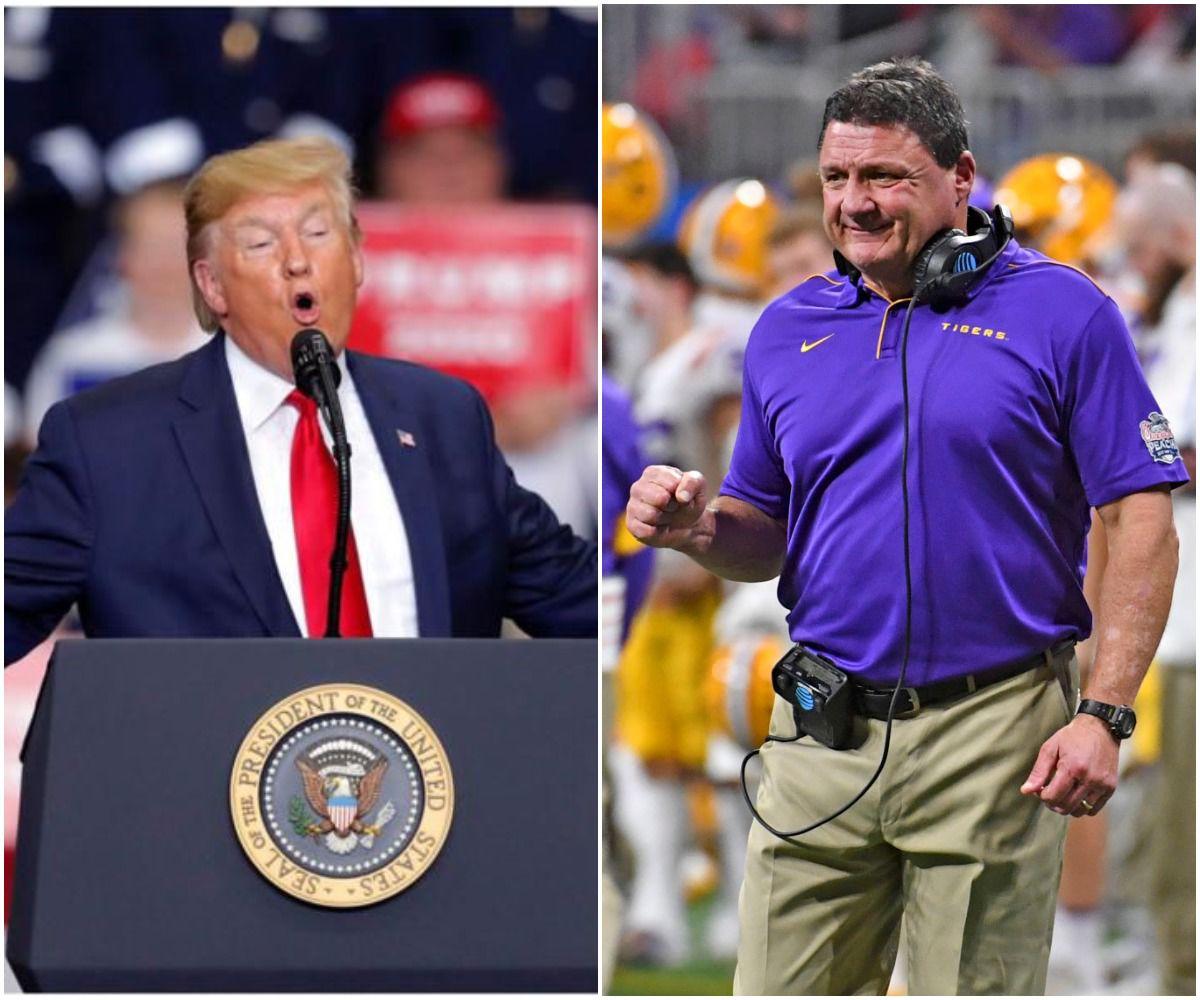 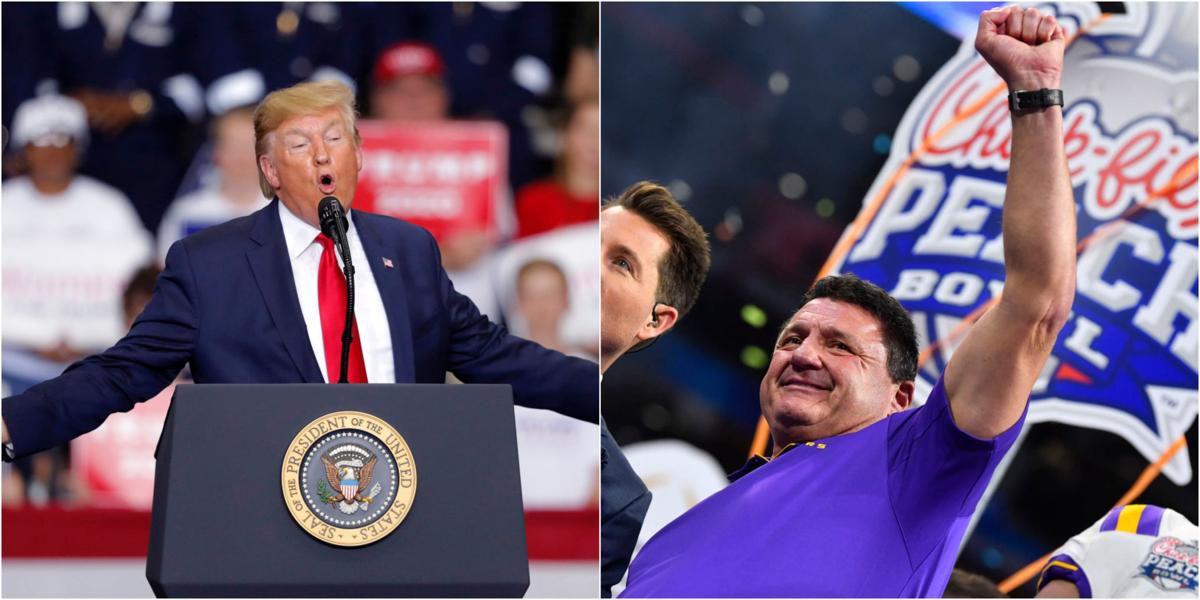 Ed Orgeron received a surprise phone call Monday, and at first, he was confused by who it was.

The LSU head coach had just returned from Atlanta after the Tigers' 63-28 win over Oklahoma in the Peach Bowl semifinal, the victory that has sent LSU to its first national championship game since 2011.

One of Orgeron's support staffers, Ya'el Lofton, told him, "The President's office is calling."

Orgeron stopped: The president of the university?

Orgeron reached for the phone and said, "OK, here we go."

The White House does not typically release transcripts of the president's phone calls and didn't provide a standard read out of President Donald Trump's call with Orgeron. A White House spokesman didn't respond to multiple requests for more details about the call.

Michael Divinity will play for LSU in the national championship, Ed Orgeron says

LSU linebacker Michael Divinity will play in the national championship game against Clemson.

Orgeron is no stranger to politics. He has developed a friendship with Gov. John Bel Edwards. The two Louisiana natives struck a friendship shortly after Orgeron was hired full-time after the 2016 season, when a mutual friend connected them at a duck-hunting camp in South Lafourche.

In February, Orgeron introduced Edwards as the keynote speaker at the Louisiana Statewide Business Summit in Baton Rouge. Edwards hosted LSU's freshmen football players at the Governor's mansion in June and spoke to the team ahead of their game against Alabama.

Clyde Edwards-Helaire 'should be full speed' by next week, Ed Orgeron says

Trump traveled to Louisiana ahead of the Alabama game to rally for Edwards' opponent in the gubernatorial election, Eddie Rispone, and Trump attended LSU's 46-41 win over Alabama in Tuscaloosa.

Orgeron said leading up to the Alabama game that he hoped Trump wouldn't pick sides in the game.

"Well, I think a president needs to be neutral," Orgeron said then. "If he wants to cheer for LSU, (I'll) welcome his cheering. But obviously I don't think the president should be cheering for either team. I think he should be right down the middle."

Plan to keep Joe Brady at LSU is 'just about wrapped up,' Ed Orgeron says

"Is your quarterback as good as they say?" Trump asked Griffon.

LSU passing-game coordinator Joe Brady is a top choice for an NFL offensive coordinator position, according to NFL.com.

Wide receiver Terrace Marshall and right guard Damien Lewis did not practice with LSU on Thursday afternoon, which marked the Tigers' first practice since the Peach Bowl.