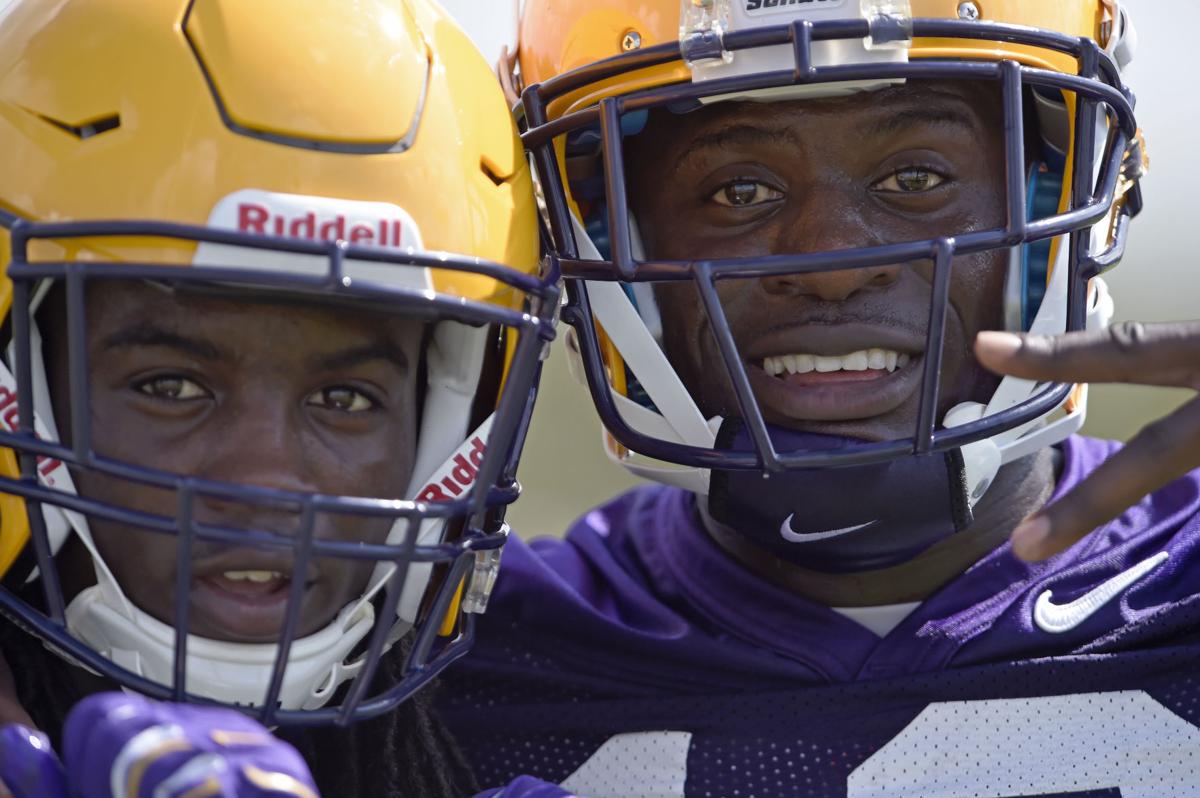 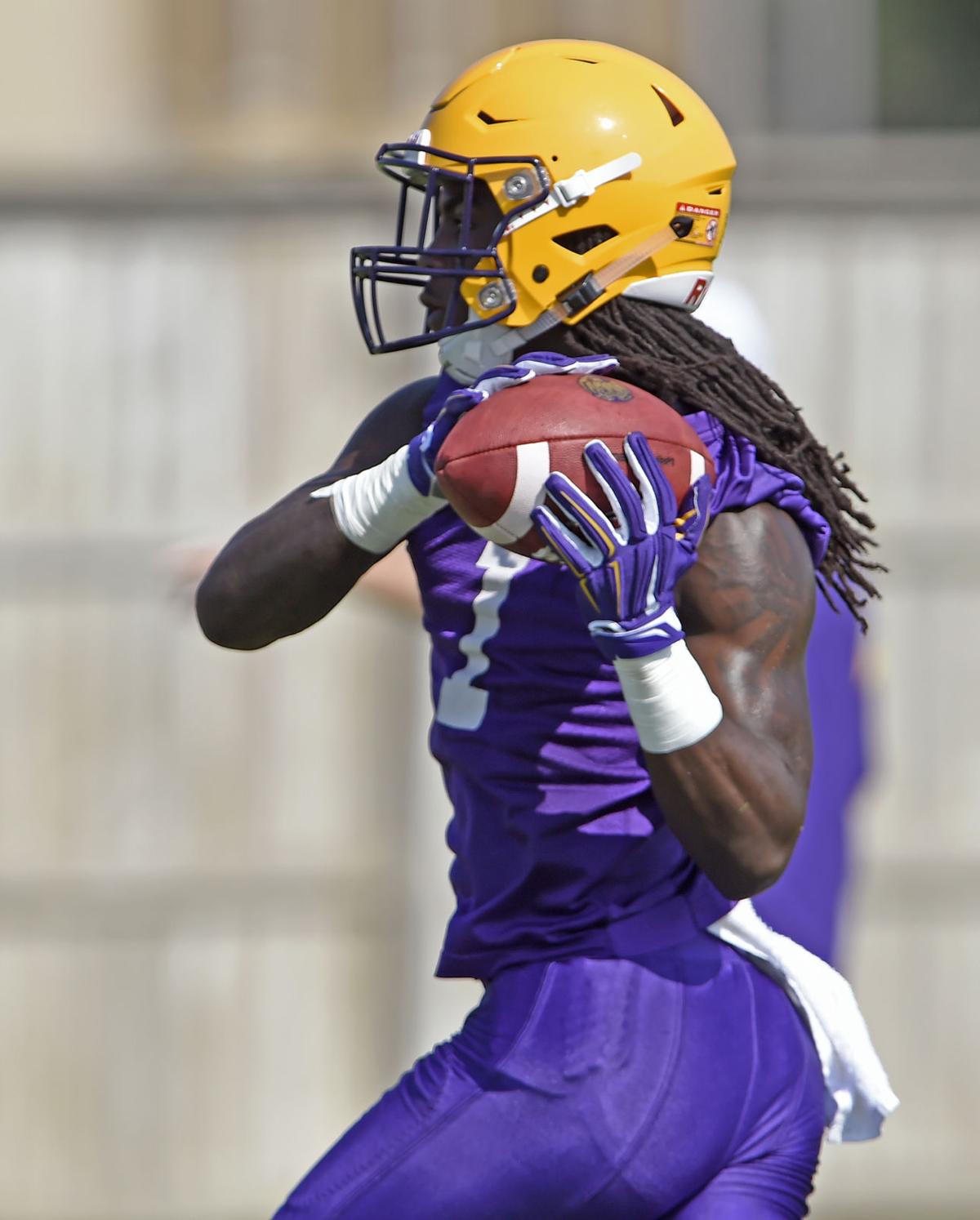 LSU defensive back Donte Jackson (1) pulls in the ball during drills at LSU football practice on Thursday August 4, 2016.

LSU defensive back Donte Jackson (1) pulls in the ball during drills at LSU football practice on Thursday August 4, 2016.

This is not how Donte Jackson envisioned his first spring at LSU going.

Here he was, in early April, in a meeting with defensive backs coach Corey Raymond discussing why he could no longer participate in spring football or the outdoor track season. The two-sport spring he hoped to have, in an instant, disappeared.

The Riverdale product fell below the minimum number of hours in which athletes must be enrolled in to participate in their sport — or, for Jackson, sports. The ineligibility ruling came three weeks into spring practice and during one of the most crucial points of the outdoor track-and-field season.

“It was tough,” Jackson said earlier this week. “I sat down and talked to coach Raymond, and he laid it out for me. He told me to worry about the academics. He said, ‘Don’t let the academics take a back seat.’”

They were front seat over the summer. Jackson reached eligibility to rejoin the team for preseason camp, and he hasn’t lost any ground, it appears. In fact, the speedster has moved into a more significant role than ever.

Defensive coordinator Dave Aranda confirmed over the summer that Tre’Davious White is moving into the nickelback position, an inside cornerback who covers the slot receiver. So who’s replacing him opposite Kevin Toliver?

That answer is now known: Jackson, a guy who’s developed the title “the fastest man in football” over the past few months.

Jackson ran a 4.24-second 40-yard dash during team testing in his first month at LSU last summer — the first in a long line of freshman year feats. He worked himself into the rotation at nickelback by the middle of the season.

By the end of the year, he had morphed into LSU’s third-best cornerback option, rotating with a hurt Toliver at cornerback opposite White. Jackson is now in line to man that outside corner spot when White shifts inside in LSU’s nickel package, its most-used defensive set in past seasons.

Starting Game 1 at cornerback for a program some call “DBU”? Not too bad for a kid whose role seemed like a mystery when he enrolled last June. Sure, everyone knew about the speed, but could this 5-foot-11, 165-pound kid cover?

“Donte can make up for (a lack of size) because he’s so fast,” White said.

So it’s back to the speed, is it? When it comes to Jackson, it’s always about speed.

“You’ve got to make sure you get in and out of your breaks very fast. He’s very fast, very aggressive and can change direction like that!” Dupre said, snapping his fingers. “He might not be the biggest guy, but he plays big just with his jumping ability and athleticism.”

Jackson isn't perfect. He gets beat. Dupre said he has beaten Jackson for a touchdown. D.J. Chark and Tyron Johnson have too, Jackson admitted.

"You sure you’re the fastest? You sure you run track?" teammates jab him.

"It comes with it," Jackson said. "You can get beat by these receivers."

Before the academic snafu in the spring, Jackson was expected to have a considerable role on the track team, running the 100-meter dash and being part of the 4-by-100 relay team. He made a splash in February at the Southeastern Conference indoor championships. During the preliminary round, he ran the 60-meter dash in 6.63 seconds — then a time that vaulted him into the nation’s top-10 for that event and qualified him for the NCAA championship meet.

“I’m used to it now, ‘Hey you’re the fastest man in football!’” Jackson said. “I’m used to it. It’s a part of my name now. People see (jersey) No. 1 and expect him to move fast, even out at practice. Coach (Les) Miles sees me on the field, and he doesn’t expect me to jog and be last.

“It’s a huge weight on your shoulders, but a huge weight I’m willing to carry,” he said. “I’ve been the fastest on every team I’ve been on since I was young.”

That began years ago, even before Jackson switched jersey numbers to No. 1 from No. 25. He wore 25 because Reggie Bush was his favorite childhood star.

No. 1 is more of a reflection of his role, Jackson said with a smile.

Or becoming academically ineligible. Jackson said he will attempt to be a two-sport spring again next year, joining the track team as a sprinter after football season and then juggling spring football with the outdoor season later in the year.

Can he do it this time?

“I think I can,” he said. “It takes on a lot, being a freshman. It asks a lot (of me) in the classroom, but since I got older and had that time to mess up in class to get ineligible, I think I learned from it.”

Les Miles grabbed Lloyd Cushenberry, gestured to him regarding an offensive line technique and then moved to Jakori Savage for the same instru…

Rookies rising, closed doors and all you need to know from Day 3 at LSU preseason practice