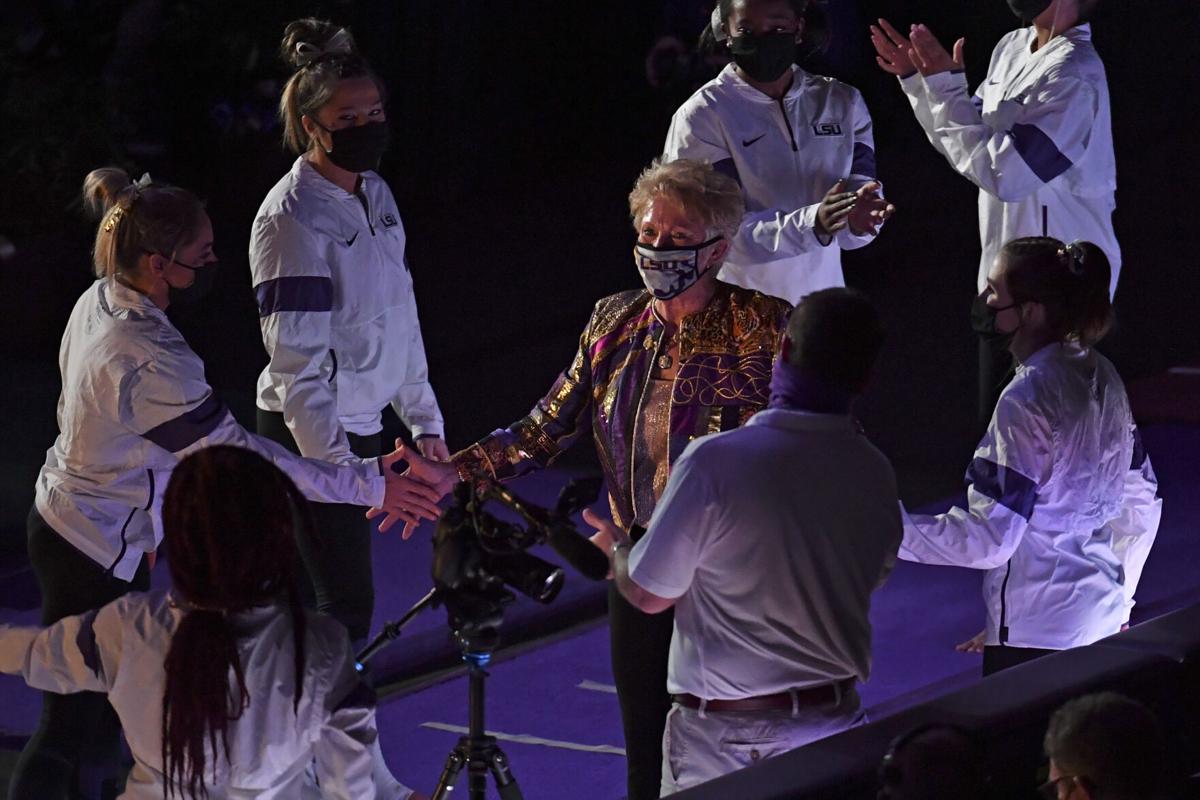 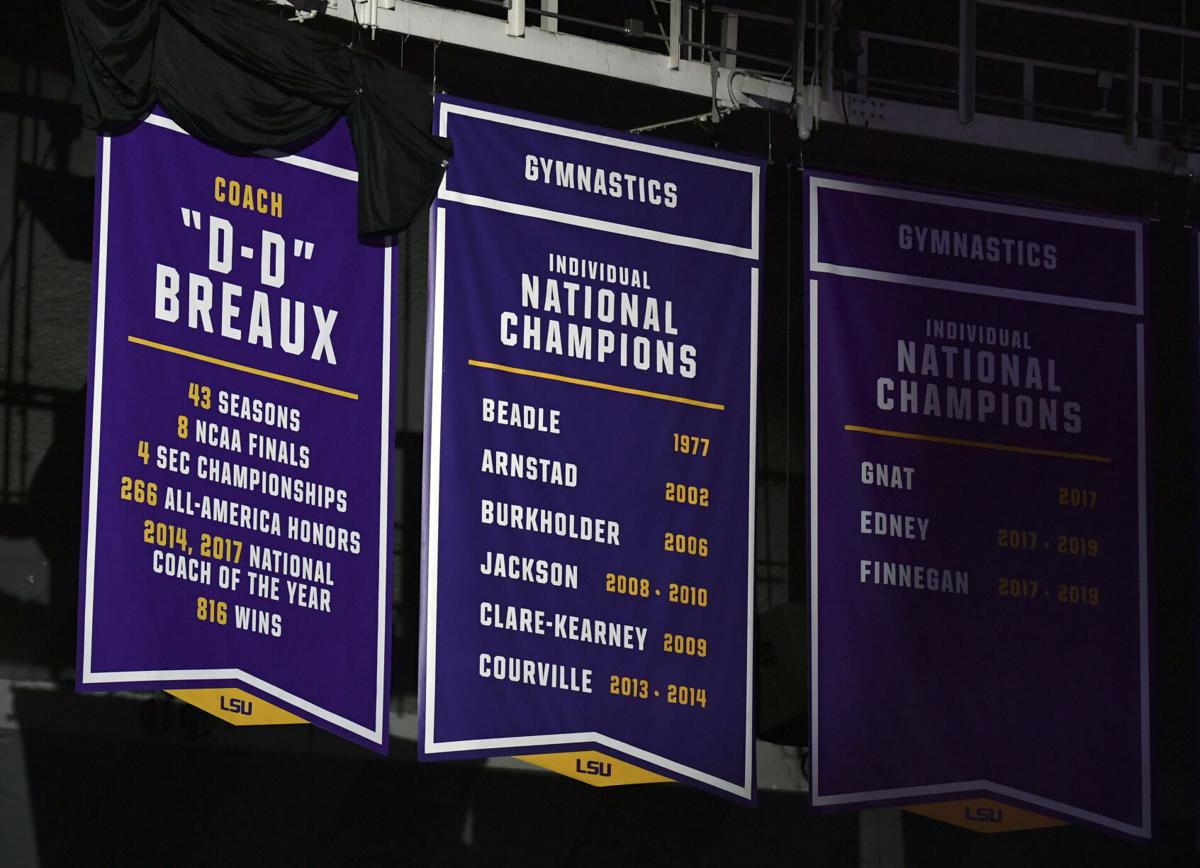 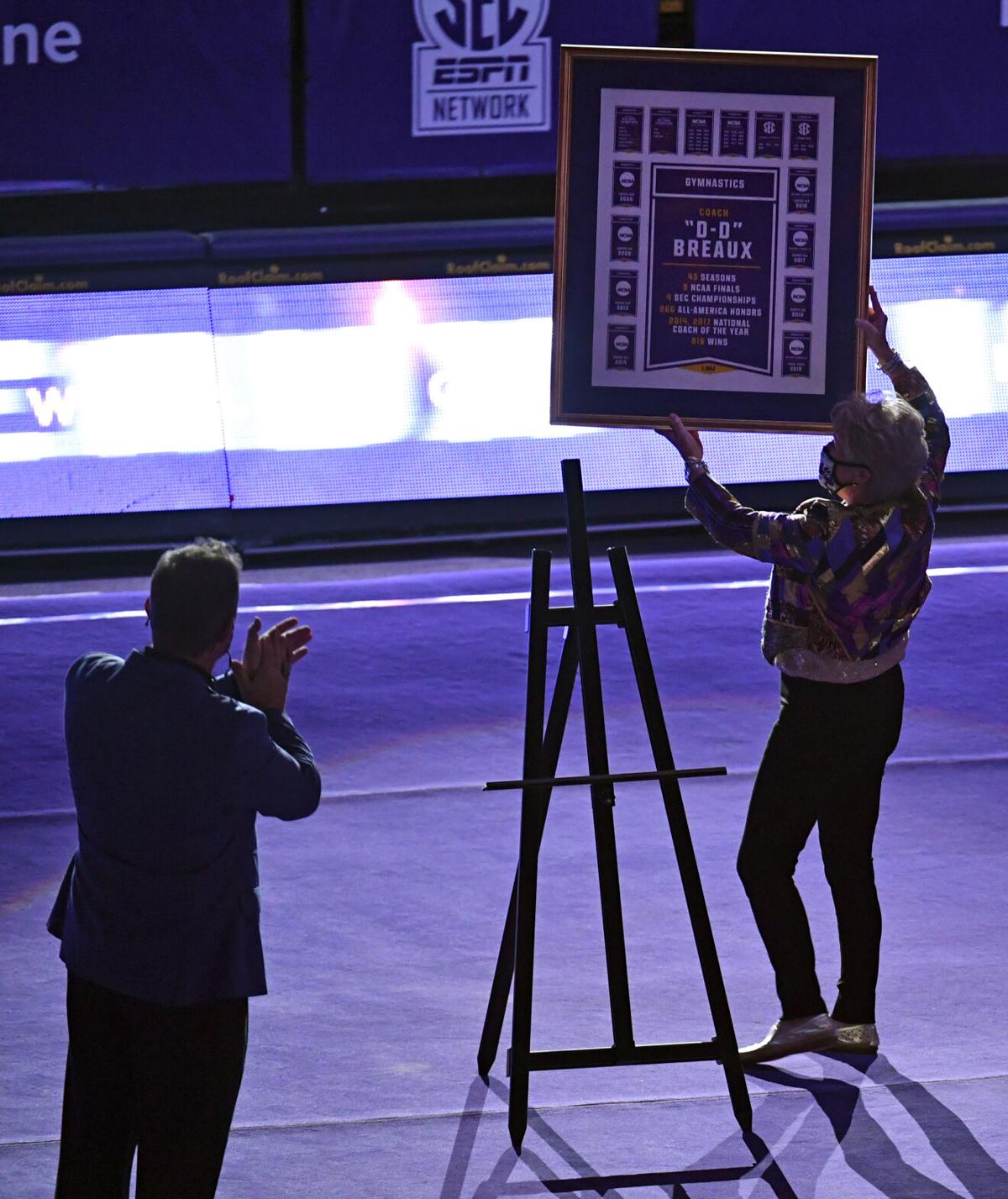 Former LSU gymnastics head coach D-D Breaux hoists a commemorative frame as she is honored before the Tigers' meet against Georgia, Friday, January 22, 2021, at LSU's PMAC in Baton Rouge, La.

Former LSU gymnastics head coach D-D Breaux hoists a commemorative frame as she is honored before the Tigers' meet against Georgia, Friday, January 22, 2021, at LSU's PMAC in Baton Rouge, La.

The legendary LSU gymnastics coach, who retired in August after a Southeastern Conference record 43 seasons, was honored Friday night with her own banner hanging from the PMAC catwalk in a ceremony just before the LSU-Georgia gymnastics meet.

Breaux took the floor to a standing ovation from a couple of thousand fans allowed to attend the meet because of coronavirus restrictions. A litany of former LSU gymnasts honored her as well, with a video montage part of the ceremony.

Breaux, who coached LSU longer than any coach in any sport in SEC history, led the Tigers to eight NCAA Super Six/Four on the Floor appearances, including three national runner-up finishes.

LSU-Georgia much more than just another gymnastics meet on the schedule. There is history.

The No. 5-ranked LSU gymnastics team hosts No. 11 Georgia at 7:30 p.m. Friday night in the Pete Maravich Assembly Center.

Will Wade to team: 'Don't let one loss beat you twice' as LSU tries to get off the mat at Kentucky

'Senior night': How LSU gymnastics veterans led the Tigers to an impressive win over Georgia