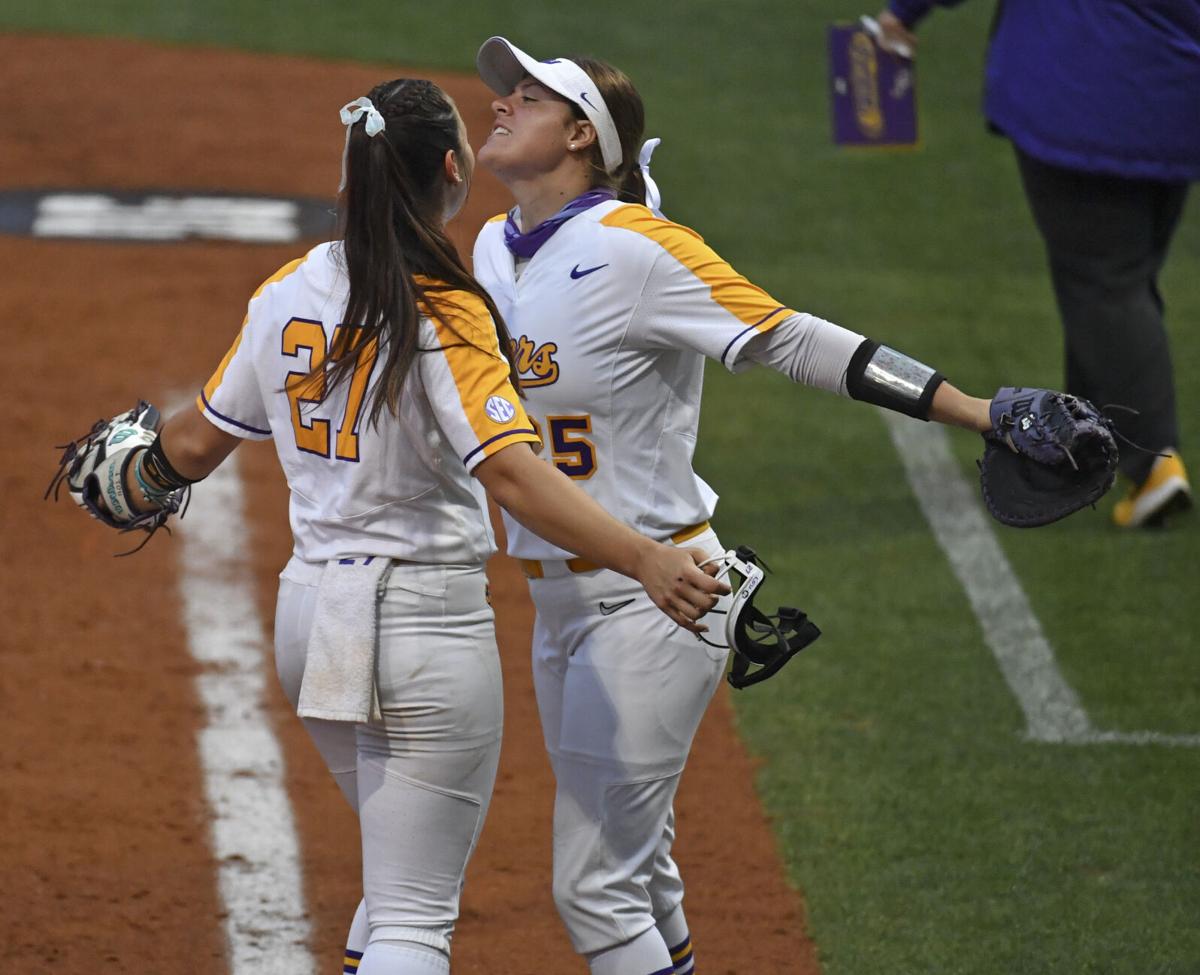 LSU starting pitcher Shelbi Sunseri (27) and LSU first baseman Georgia Clark (25) chest bump in celebration after a strikeout against Arkansas, Saturday, May 1, 2021, at Tiger Park on the campus of LSU in Baton Rouge, La. 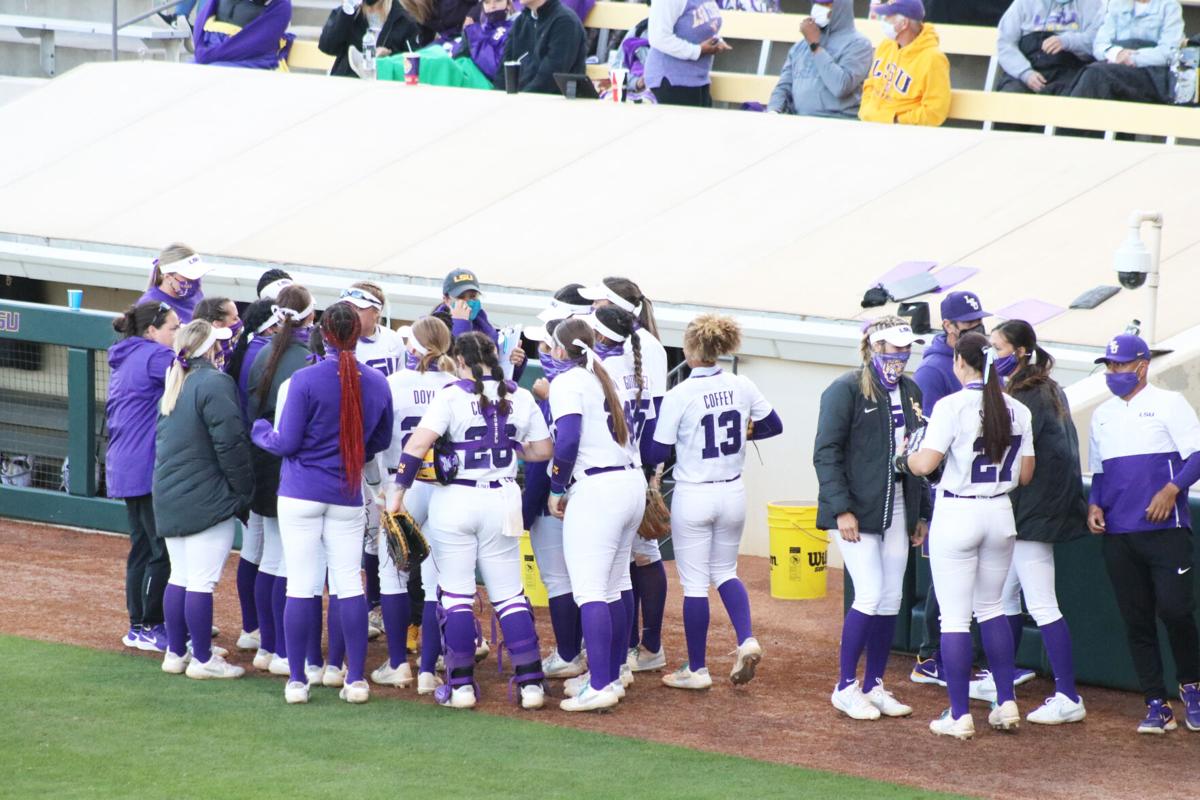 LSU’s softball team hundles up between innings against Ole Miss at Tiger Park on Thursday, April 1, 2021.

LSU starting pitcher Shelbi Sunseri (27) and LSU first baseman Georgia Clark (25) chest bump in celebration after a strikeout against Arkansas, Saturday, May 1, 2021, at Tiger Park on the campus of LSU in Baton Rouge, La.

LSU’s softball team hundles up between innings against Ole Miss at Tiger Park on Thursday, April 1, 2021.

The LSU softball team is down to its last regular-season weekend, sitting in seventh place in the Southeastern Conference standings with the NCAA tournament two weeks away.

But there’s no panic at Tiger Park, with the strong résumé-building coach Beth Torina’s team has accomplished.

LSU is No. 4 in the nation in RPI rankings as it prepares to take on Auburn in a three-game series beginning at 5:30 p.m. Friday. The teams play at 6 p.m. Saturday, and the series concludes at 1 p.m. Sunday.

LSU (29-17, 11-10) made the cut as one of 20 possible first-round hosting sites, a number that will be reduced to 16 for the opening of the tournament. Thanks to a schedule that is among the toughest in the nation, it won’t matter that much that the Tigers are unlikely to break into the SEC’s top four spots and earn a double bye for the conference tournament next week in Tuscaloosa, Alabama.

“Our team’s résumé has been enough (for us) to be a host,” Torina said. “We have a huge number of top 25 wins and no bad losses.

“We’re building every time we take the field. We’ve shown we can win a lot of different ways ... win the first game, score a lot of runs, big pitching performances. ... We’ve faced some of the best pitching in the league last weekend (against Arkansas). Our offense has been on a good roll. We have to bounce back, but we know we’re battle tested.”

LSU missed a chance to make a big statement but dropped the series finale Monday to first-place Arkansas after splitting the first two games. The Tigers face a similar challenge against Auburn (26-19, 6-15) in that the opposing pitching is first-rate.

Last weekend, Arkansas' Mary Haff pitched in all three games and allowed LSU two runs in 16 innings. This time, the Tigers face left-hander Shelby Lowe (13-7), who has the best earned run average in the SEC at 1.15. Lowe has struck out 167 batters in 140 innings, and opposing batters are hitting .204 against her.

“She throws with a lot of spin and changes speeds,” Torina said of Lowe. “She’s not going to overpower you but the ball moves a lot. Penta throws very hard. They’re both freshmen. Hopefully that will come into play, hopefully it will be the first time they’ve seen a great crowd. They’re both very good.”

But Auburn, which has lost seven of its last eight games, has struggled all season because of a lack of offense. The visitors are last in the SEC in batting average (.246) runs (141), hits (276) and home runs (20).

The Tigers will play for the second weekend with no limits on attendance, which Torina felt helped her squad last weekend.

“It makes you feel normal, which is cool,” Torina said. “We’re all searching for that, get back to feeling normal. I had goosebumps, the feeling like something was really on the line.”