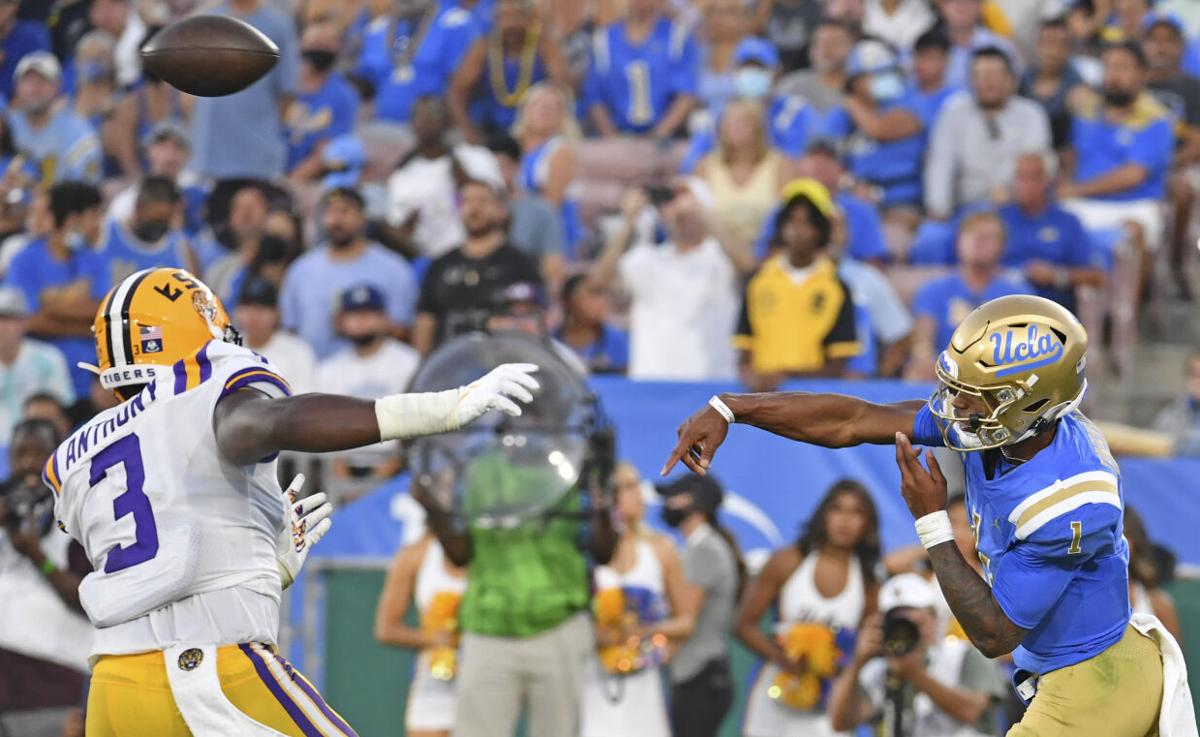 UCLA quarterback Dorian Thompson-Robinson (1) throws an interception in the first half against LSU, Saturday, September 4, 2021, at The Rose Bowl in Pasadena, Cali. 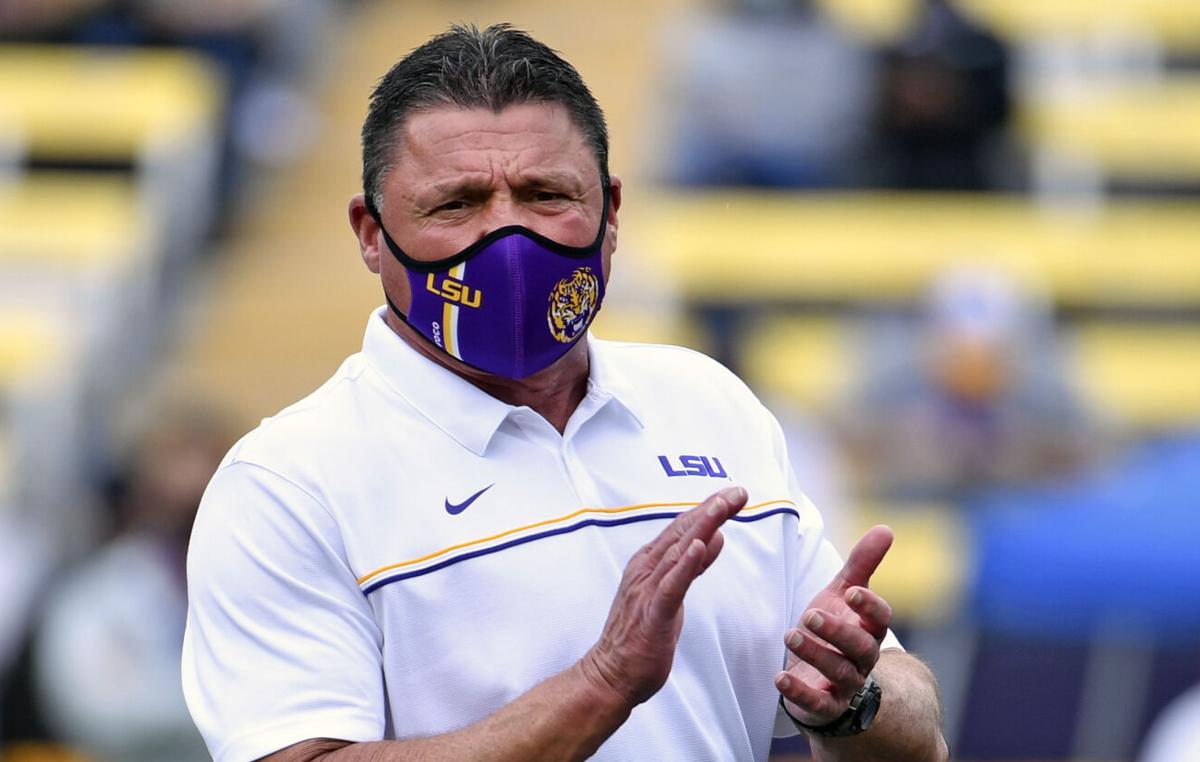 UCLA quarterback Dorian Thompson-Robinson (1) throws an interception in the first half against LSU, Saturday, September 4, 2021, at The Rose Bowl in Pasadena, Cali.

FINAL: UCLA 38, LSU 27 - The Bruins improved to 2-0 with a decisive victory over the Tigers at the Rose Bowl. UCLA outgained LSU 469-378 in the game with the Tigers (0-1) managing just 48 yards on the ground. LSU QB Max Johnson completed 26 of 46 passes for 330 yards, three touchdowns and one interception.

Third quarter update: UCLA 24, LSU 20 - The LSU offense began to get its footing in the third quarter, but it still trails UCLA after three quarters. Through three quarters, LSU QB Max Johnson is 21-of-38 for 249 yards, two touchdowns and one interception.

First quarter update: LSU 0, UCLA 0 - The Tigers and Bruins are in a scoreless tie after one quarter. The LSU defense flashed impressive speed in tracking down UCLA QB Dorian Thompson-Robinson, but the Tigers never really got rolling on offense with just 52 yards in the first 15 minutes. UCLA put up 51 yards.

The LSU football team makes the 1,800-mile trek to Los Angeles for a FOX-televised battle against UCLA that will open the 2021 campaign for the Tigers at 7:30 p.m. on Saturday, Sept. 4.

Both teams are coming off subpar seasons with LSU’s Ed Orgeron feeling the heat after a 5-5 campaign that followed up a 15-0 mark and a 2019 national championship. Chip Kelly’s standing as head coach at UCLA isn’t strong either, with the Bruins putting up three consecutive losing seasons under his watch. A year ago, UCLA finished 3-4 during a volatile 2020 season.

While these two proud schools have played in baseball and basketball, this marks the first time the two teams have met on the football field.

Fans will be required to wear masks at the Rose Bowl stadium, but UCLA hasn't yet taken a step similar to that of LSU, which will require fans ages 12 and up to show proof of vaccination or a negative COVID test to attend home games.

Here's all the info you'll need to watch, stream or listen to the game, and continue on for numbers to know pregame storylines and more.

Many expect this to be a close game, and our LSU staff at The Advocate agrees with that sentiment. Click here to find out who they have winning the match-up between LSU and UCLA.

Who will LSU start at wide receiver? Other than Kayshon Boutte, position remains wide open

After transferring to LSU, linebacker Mike Jones Jr. is where he wants to be — inside the box

LSU's Ed Orgeron jaws with UCLA fan on his way into the Rose Bowl: 'Bring your a** on!'

LSU coach Ed Orgeron may be facing the pressure to deliver a successful season in 2021, but the Louisiana native appeared confident and relaxe…