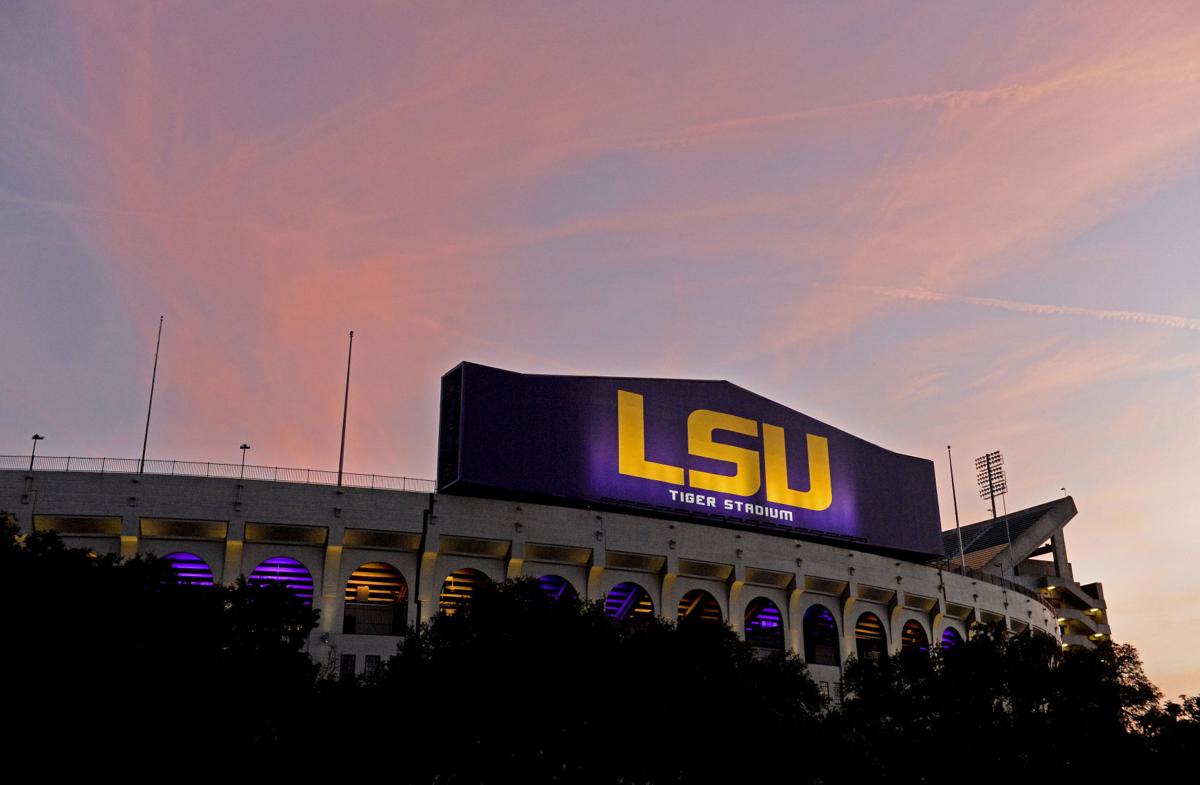 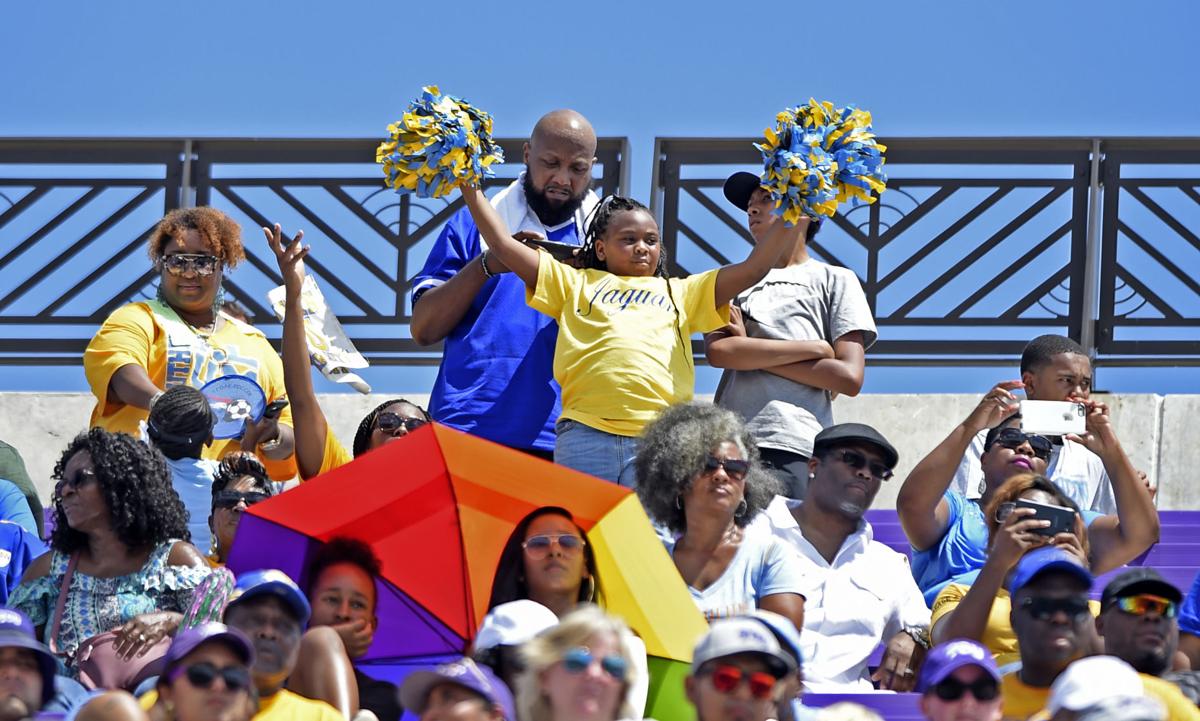 All that separates A.W. Mumford Stadium and Tiger Stadium is a little more than 11 miles.

With no traffic between the city’s two Division I institutions — Southern University in north Baton Rouge and LSU, just south of downtown — the drive takes roughly 20 minutes.

And yet, in the 102 years since Southern first fielded a football program, not once has either school made the trip across town for a competitive football game.

That may soon change.

Both sides said they were interested in making such a game happen in the near future, going so far as to say casual discussions took place in recent months.

With both teams in the Dallas-Fort Worth area last weekend for their season openers, LSU President F. King Alexander attended Southern’s game at TCU in Fort Worth last Saturday, while Southern athletic director Roman Banks returned the favor the next day, attending LSU’s game against Miami at AT&T Stadium in Arlington.

Rabalais: Simply put, LSU should host Southern, Grambling if it plays others like SLU

The Halloween night in 1959, when Billy Cannon ran back his famous punt against Ole Miss in Tiger Stadium, Gerald Kimble swore you could hear …

Neither Banks nor LSU deputy athletic director Verge Ausberry, who handles football scheduling for the Tigers, went into much detail about the discussions, other than to say they were only preliminary and in no way indicative of a deal being finalized.

The programs look closer than ever to meeting on a football field. LSU has pushed to bring in-state opponents to Tiger Stadium over the past 20 years. By the time Nicholls State visits for the first time in 2020, LSU will have played all of the in-state teams since 2009, with two exceptions — Southern and Grambling.

And Southern is playing more guarantee games against FBS members than ever.

On Saturday night, LSU will play FCS member Southeastern Louisiana for only the second time — with the only other meeting coming in 1949. Meanwhile, Southern travels to play Louisiana Tech again after having visited Ruston in 2015. Saturday's game will give the Jaguars their seventh against an FBS team in the span of four seasons.

“If we are going to keep playing FCS schools as part of our out-of-conference scheduling, we want to keep the money in Louisiana as much as possible. It helps the athletic departments and students in Louisiana," Ausberry said. "We want to put Louisiana first.”

Banks said a future matchup would be ideal for an FCS school like Southern, which would collect a guarantee payment to play one of the nation’s marquee FBS programs. The pairing would drastically lower travel costs, thus allowing the Jaguars to take home a larger portion of the check.

Banks estimates travel costs for the 135 members of the football team, plus the cheerleaders and band — which the athletic department partially supports for football games — can be in the neighborhood of $100,000. The majority of that cost would be mitigated with the short trip to Tiger Stadium.

The "paycheck games" that produce lopsided scores are a luxury for the LSU athletic program and an increasing necessity for Southern's program.

Over the course of about eight years, state appropriations to higher education were slashed 53 percent from 2008, driving up tuition and fees for students. Athletic scholarships are not immune from that figure, either driving up costs for existing scholarships or ending with cuts to the number of athletes receiving financial aid.

The NCAA requires institutions to field at least 15 teams to maintain their Division I status, with half of all money spent going to women’s athletics because of Title IX.

According to USA Today, six of the 20 poorest athletic departments in the nation hail from the SWAC, a league made up of 10 historically black colleges and universities.

The result is to forgo traditional rivalries against nonconference HBCUs to play the FBS schools who pay to bring in schools from lower-tier conferences.

Southern resisted the move at first, citing a lack of need because of one of the highest attendance rates in FCS at the time, former SU athletic director Greg LaFleur said.

Former coach Pete Richardson, who presided over one of the golden ages of Southern football from 1993-2008 (with four black college national titles from 1993-2003), preferred not to play upper-level opponents in games that would most likely be a loss, LaFleur added. The early, lone exception: the Jaguars played Tulane in the Big Easy Classic in the Superdome in 2001 and ’02.

But in 2005, Southern canceled two games — McNeese State and Albany State — because of Hurricanes Katrina and Rita, creating a budgetary shortfall.

Needing an influx of cash, LaFleur searched for FBS opponents who would pay to have Southern travel to them. With Saturday night's game at Tech, Southern will be playing its 12th game against FBS competition since 2008.

As is still the case, LaFleur said the top goal in a potential game is keeping that game within driving distance to keep travel costs down.

The Jaguars are slated to go to Memphis next season.

Current Southern coach Dawson Odums remained neutral in the debate, saying he understands why the program has to play such games.

“We had to find a way to recoup that money,” LaFleur said of the canceled 2005 games. “That’s how we got into these guaranteed games. Because Southern, before that time, hadn’t played any guarantee games. That kind of initiated that process.”

The days of traveling to the Chicago Classic or the Circle City Classic in Indianapolis, where Southern played in 1999 and 2002, make little financial sense for schools like Southern, Banks said, although he’s willing to test their viability.

Not directly related to playing more FBS schools but a factor in how Southern scheduled and made money, Southern's rivalry game with Florida A&M has all but disappeared.

Beginning in 1946, the Southern-FAMU series became a staple in black college football, producing storied games between legendary players and coaches with sellouts the norm. The schools stopped playing regularly in 2001.

The series is back on the books with a home-and-home scheduled for 2019 (Tallahassee, Florida) and 2020 (Baton Rouge).

Banks said the upcoming FAMU series will be seen as a trial of the profitability of such games in the future. If Southern can’t put 18,000 or more fans in the stadium on a regular basis, nonconference games against other HBCUs may fall to the wayside.

“For game guarantees to go away, whether it’s a rivalry game or the worst team in your conference, people have to attend those games like it’s championship games,” Banks said. “You can’t have 8,000 people in there anymore.

In the past, many of the “Classics” in which Southern played were considered its biggest moneymakers.

LSU began playing more lower-level teams in the 1980s, following the pattern of other FBS programs. By 1997, the Tigers’ schedule closely resembled the modern strategy of scheduling FCS games early in the season.

But it wasn’t until former athletic director Skip Bertman took over in 2001 that LSU made an effort to play more in-state schools.

Bertman quickly realized LSU could get a better deal by bringing in-state schools that didn’t lose as much on travel costs. That also opened the door for more local fans to attend games, which resulted in more tickets sold (games against teams like Akron and UTEP brought fewer visiting fans).

An unintended side effect of the deals, Bertman said, was that it gave the state schools an edge in bargaining guaranteed fees with other FBS programs when they could cite LSU as a potential opponent.

Who ya got? The Advocate writers make their picks for Southeastern vs. LSU

The initial reaction to the plan drew immense support from then-coach Nick Saban, the administration and the state legislature. However, Bertman said many fans disliked the move because of a perceived high-risk, low-reward possibility.

As for the other schools, Bertman said they lined up to play LSU.

“I came in as athletic director and I noticed the year before we paid Utah State $650,000,” Bertman said. “And I said to my staff, ‘Why take a team like Utah State when we can take an in-state team and pay them $400,000?’ — which is an honorable amount of money at that time — ‘and they can bus over, we’ll feed them, turn the bus around and drive the hour back?’ ”

LaFleur, a former LSU tight end who was an associate athletic director at LSU in the 1990s, said Southern reached out to LSU during his tenure from 2005-11 about a potential game, but discussions fell flat.

Bertman, who has a longstanding relationship with former Southern baseball coach Roger Cador, said the reason a game was never played was because he feared the fan bases were too close and an LSU blowout — or Southern upset — might create unwanted tension.

“It’s a fair question,” Bertman said. “I don’t think a school that is in a Power Five conference should play a (FCS) school that is 20 minutes away. That could cause some kind of fan backlash. Imagine if we won 70-0? It would be very bad. There’s a relationship between Southern and LSU.

“What if someone got hurt? I don’t want that.”

In more recent years, the primary factor standing in the way of the game was Southern’s own problems regarding its Academic Progress Rate and the wellbeing of the program.

LSU demands all its FCS opponents be in good standing with the NCAA as to keep the games as competitive as possible.

This is the first season since 2014 Southern has not been under sanctions, which left the program without spring football, forced a reduction of scholarships and practice time and barred the Jaguars from postseason play.

Now that Southern is free from its APR issues, the door has opened for a future all-Baton Rouge matchup.