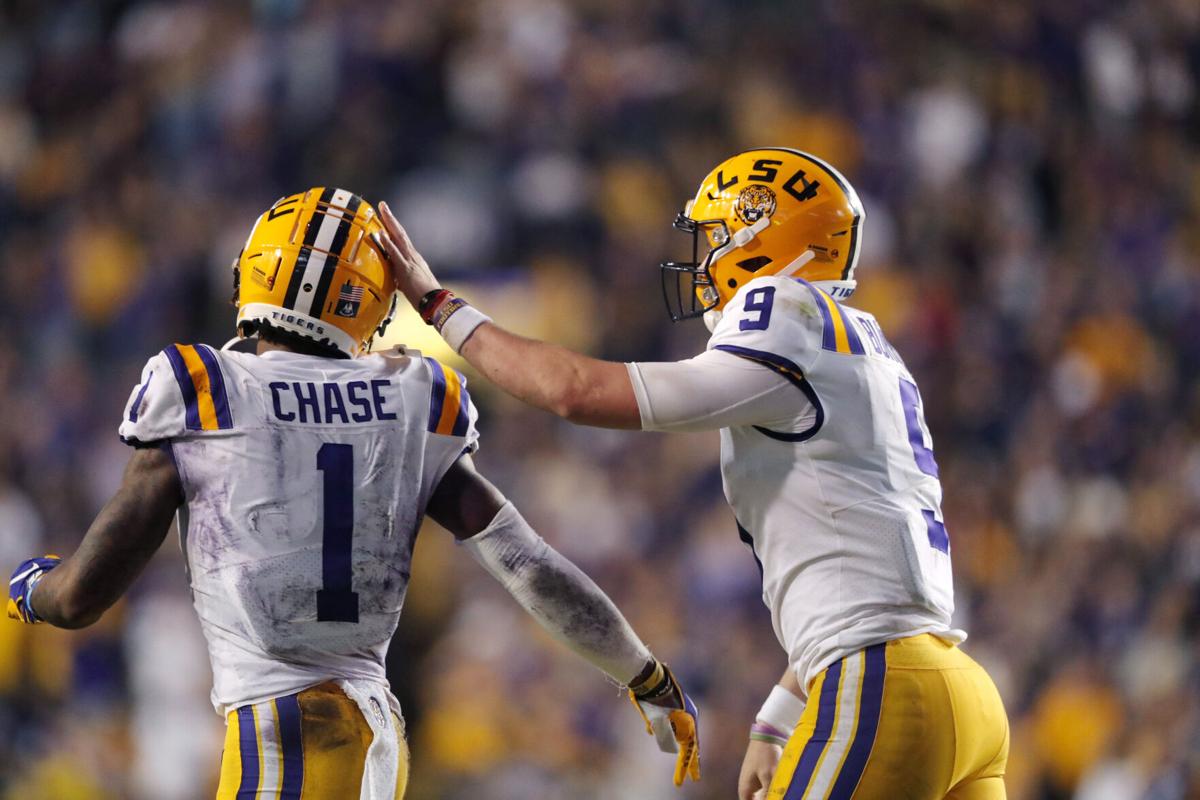 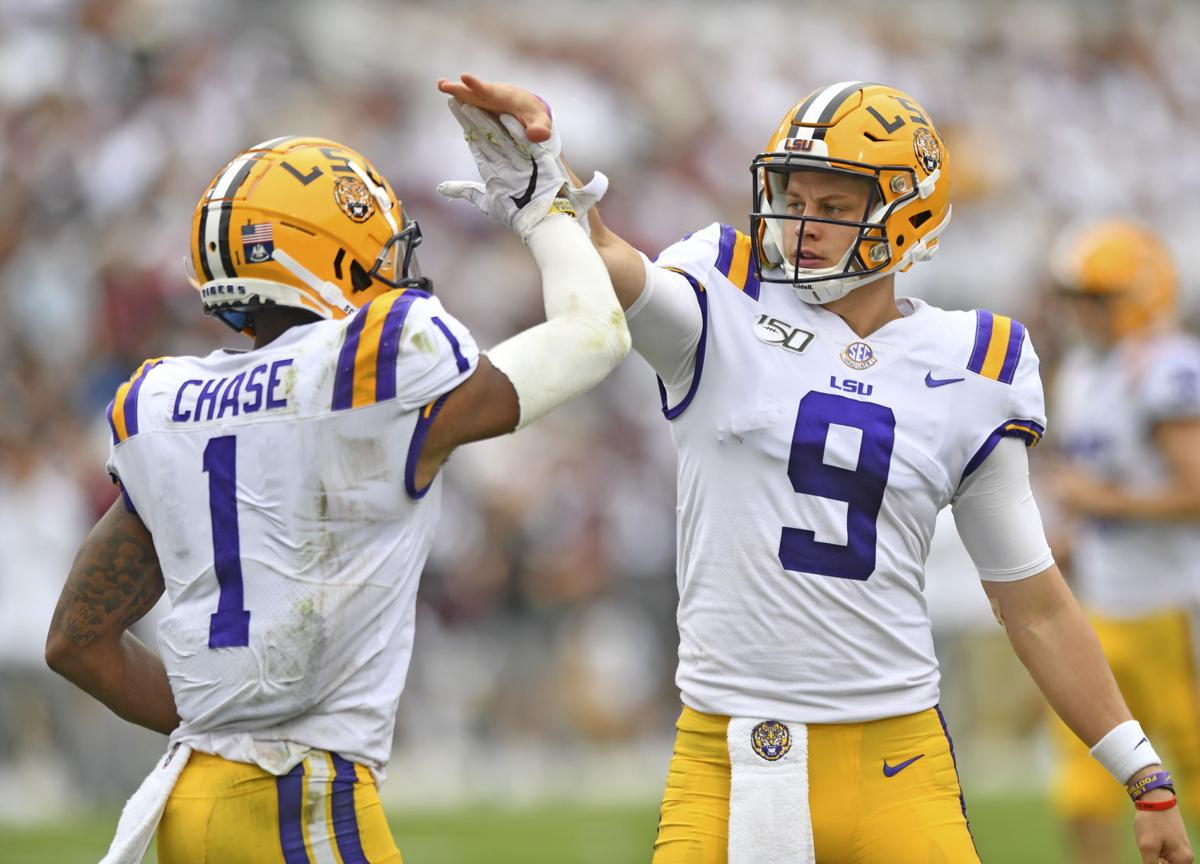 Ja'Marr Chase being picked to the Cincinnati Bengals at No. 5 wasn't exactly a surprise, but a text from the LSU star's former quarterback offered a bit of hint.

"Get your bags packed," Burrow texted his former teammate before the draft, as relayed by Chase after his selection.

It only took Chase a few words to get to his excitement about the reunion as he spoke to ESPN's Suzy Kolber on stage.

It didn’t take Ja’Marr Chase very long to say “I can’t wait to work with Joe (Burrow)” after the Bengals picked him at No. 5. #LSU pic.twitter.com/7afvVY4c1N

"It's a blessing coming true, being out here with my family, you know, especially having this great experience," Chase said. "But for the most part I can't wait to get to work with Joe ... I'm ready to work."

Of all the LSU wide receivers in history — from those who played in the Wing-T, the I-formation, the spread — no one ever reached the level of…

The biggest roadblock to the reunion was likely the Atlanta Falcons at No. 4. When Atlanta picked Florida tight end Kyle Pitts at that slot, the crowd at Chase's watch party in New Orleans cheered, according to a report from NOLA.com's Rod Walker.

The pick marked the first time since 2007 the same team picked LSU players in the first round of back-to-back drafts. That previous distinction belonged to the Kansas City Chiefs, selection Dwayne Bowe, Tyson Jackson and Glenn Dorsey in the first rounds of consecutive drafts in 2007, 2008 and 2009.

Burrow wasn't able to walk across the podium when he was selected No. 1 overall last season, and his reaction to Chase's pick didn't require any words -- just a gif.

Rabalais: Congrats to Ja'Marr Chase, but can Joe Burrow's health survive the Bengals?

With the re-teaming of Joe Burrow with his favorite wide receiver Ja’Marr Chase, Cincinnati Bengals fans are going from beat down to giddiness…