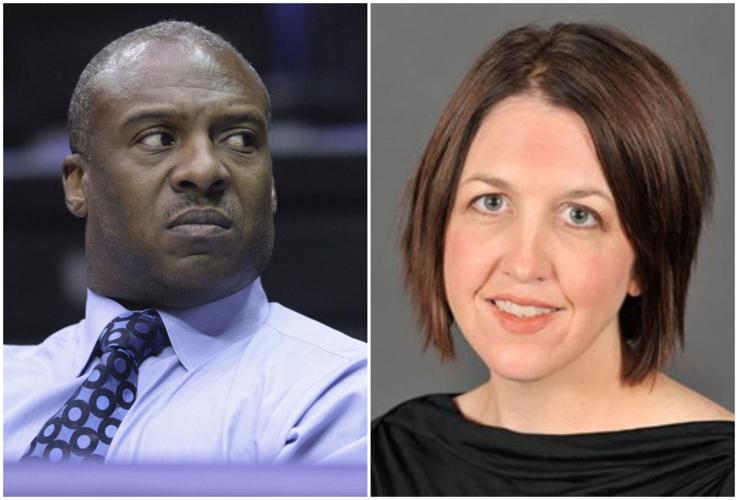 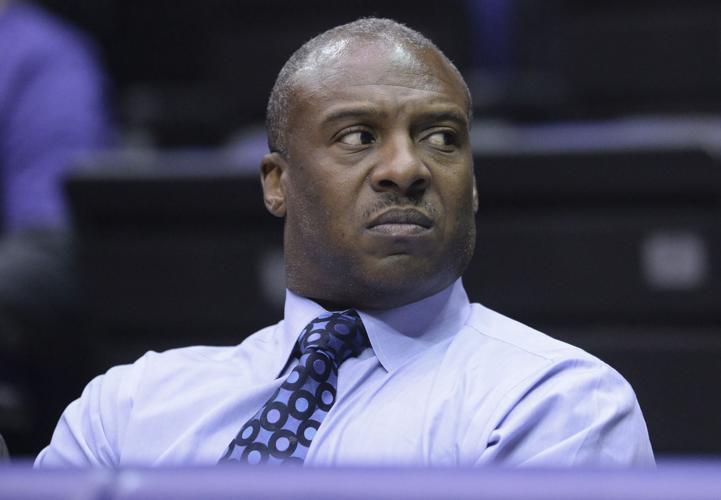 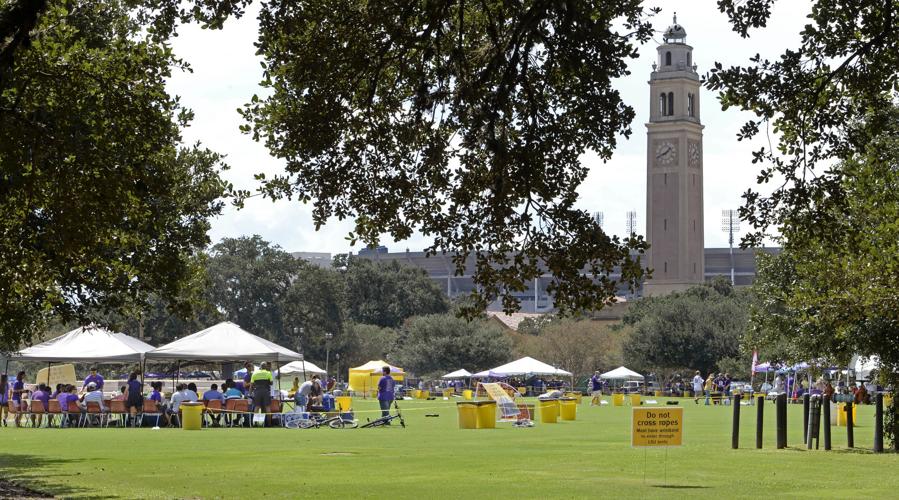 As LSU rolled out a law firm’s report Friday about a series of failures to properly report and investigate allegations of sexual misconduct and domestic violence on campus, two high-ranking athletic department officials were briefly suspended without pay for their inaction when faced with such allegations.

LSU interim President Tom Galligan told the LSU Board of Supervisors that executive deputy athletic director Verge Ausberry and senior associate athletic director Miriam Segar would both be suspended without pay based on law firm Husch Blackwell’s investigation. Ausberry's suspension will last 30 days; Segar's will last 21 days. Both will be required to go through training on sexual misconduct, domestic violence and more.

Both are mentioned repeatedly in the 150-page report, which details allegations they heard from students about numerous episodes of sexual assault, domestic violence and other violations of Title IX. The law firm found that Ausberry made a grave error in his handling of allegations of domestic abuse from former LSU football wide receiver Drake Davis, while Segar bungled a report of sexual assault involving former running back Derrius Guice.

The Husch Blackwell report recommended “appropriate discipline” for each of them, though survivors of sexual misconduct and dating violence on LSU’s campus had called for stiffer consequences — including firings — ahead of the report’s release.

“It is clear our institution as a whole deserves blame,” Galligan told the LSU board. “This is an example of serious institutional failure. But people also made mistakes we cannot ignore; that cannot and must not go unaddressed.”

Galligan said in a news conference after the meeting that he made the final decision on suspending Ausberry and Segar, and that he made them with the mindset that he "had an obligation to be as fair to everyone as I possibly could."

Segar did not return a message Friday. Ausberry released a statement saying that he accepts the outcome.

"My entire career has been dedicated to LSU and the ideal of promoting and protecting student interests and I regret that my actions in this instance fell short of that standard," Ausberry said. "I intend to redouble my personal efforts to make our university a model for best practices in the area of domestic and campus safety and dignity."

Ausberry came under fire in the Husch Blackwell review over how he reacted in 2018 when he received a message from former LSU football player Drake Davis, who texted Ausberry that he’d punched his girlfriend, former LSU tennis player Jade Lewis. Lewis publicly identified herself as the victim in the case.

“The myriad problems with the University’s handling of Title IX matters are on painful display in its handling of this matter,” reads the Husch Blackwell review about the Davis case.

Husch Blackwell found Ausberry to be “not credible” in explaining how he handled the text from Davis. Ausberry previously told this newspaper that he called Davis, Davis recanted his confession, and that Ausberry did not follow up further. The report notes that East Baton Rouge District Attorney Hillar Moore also brought the text messages to LSU's attention while his office was pursuing a criminal case against Davis.

“In addition to not calling the police, it is undisputed that Ausberry never reported the matter to Segar or the Title IX Office,” the Husch Blackwell report states. “This was an error.”

The report notes that athletic department policy said it was imperative for employees to report incidents of misconduct among student athletes, and dating violence certainly qualified. Ausberry also told Husch Blackwell he was familiar with Lewis.

“A prudent employee and administrator would have taken steps to report this information to appropriate authorities to at least conduct a welfare check given the seriousness of the information relayed in the text messages,” the report states.

Sharon Lewis, who has no relation to Jade Lewis, supervised LSU's recruiting office and received multiple complaints that former LSU head football coach Les Miles was sexually harassing students, according to the Husch Blackwell report. The report says Lewis repeatedly tried to warn those around her about Miles' behavior, but that she wound up a target instead.

But Lewis was the only person at the university “ever disciplined in any form” for failing to report allegations of sexual misconduct among students, according to the Husch Blackwell report.

“This is ironic because Lewis has lodged several reports of sex harassment throughout her tenure,” it states.

The footnote goes on to say that Ausberry denied treating Sharon Lewis inappropriately, saying they had a “brother-sister” relationship. However, another athletic department employee expressed serious concern over the way Ausberry treated Lewis.

Husch Blackwell noted that it was up to LSU to determine how to appropriately discipline Ausberry, saying Ausberry is a longtime and valued employee who has contributed greatly to LSU’s Black community in particular. Ausberry was also working in an environment that lacked clarity about how to report allegations of misconduct.

But the report did not mince words about his actions.

“For the sake of clarity, we view the failure to report as a significant error by Ausberry,” Husch Blackwell wrote. “The failure could have led to catastrophic consequences.”

Davis pleaded guilty in 2019 to battery and violating a protective order in the Jade Lewis case.

Segar often intervened in cases to help assist victims and to file reports about their complaints, the report found.

But they found that Segar also had a significant failure in 2016, after she received a complaint that Guice had sexually assaulted a student athlete on the swimming and diving team. A witness said the woman who alleged the assault had bruising on her upper arms and was deeply upset and ashamed about what happened.

Segar and other LSU officials created a Title IX report and stayed in touch with the woman, who later told them that she decided not to move forward with an investigation.

“None of the Title IX records regarding this incident mention Guice as the respondent,” the Husch Blackwell report states.

LSU will release the long-awaited report from the law firm Husch Blackwell on Friday morning, detailing how the university has handled past co…

Segar told Husch Blackwell that was on purpose — she “didn’t want to put it in writing” because “I got a lot of public information requests” and “didn’t think it was super secure.” She told them she just wanted to call and talk to people.

LSU’s former dean of students, Mari Fuentes Martin, told Husch Blackwell that Segar had verbally identified Guice to her as the alleged perpetrator in the sexual assault, and that she was surprised Guice’s name was not in the file.

It was a decision that would lead to concerning ramifications.

“This was an error,” Husch Blackwell stated. “Because of this omission, when Guice was accused of subsequent misconduct by other students as discussed below, this initial report was not considered or revisited.”

Guice went on to be accused of raping a former LSU tennis player, allegedly sharing a partially nude photo of another woman without her consent and sexually harassing a security guard at the Superdome. His attorney denied those allegations to Husch Blackwell; Guice has never faced criminal charges over his behavior at LSU.

Guice was arrested last year on domestic violence charges in Virginia and kicked off the Washington Football Team. He is awaiting trial, though the most serious of those charges have been dropped.

Les Miles should have been fired at LSU for 'inappropriate behavior,' Joe Alleva said in 2013 email