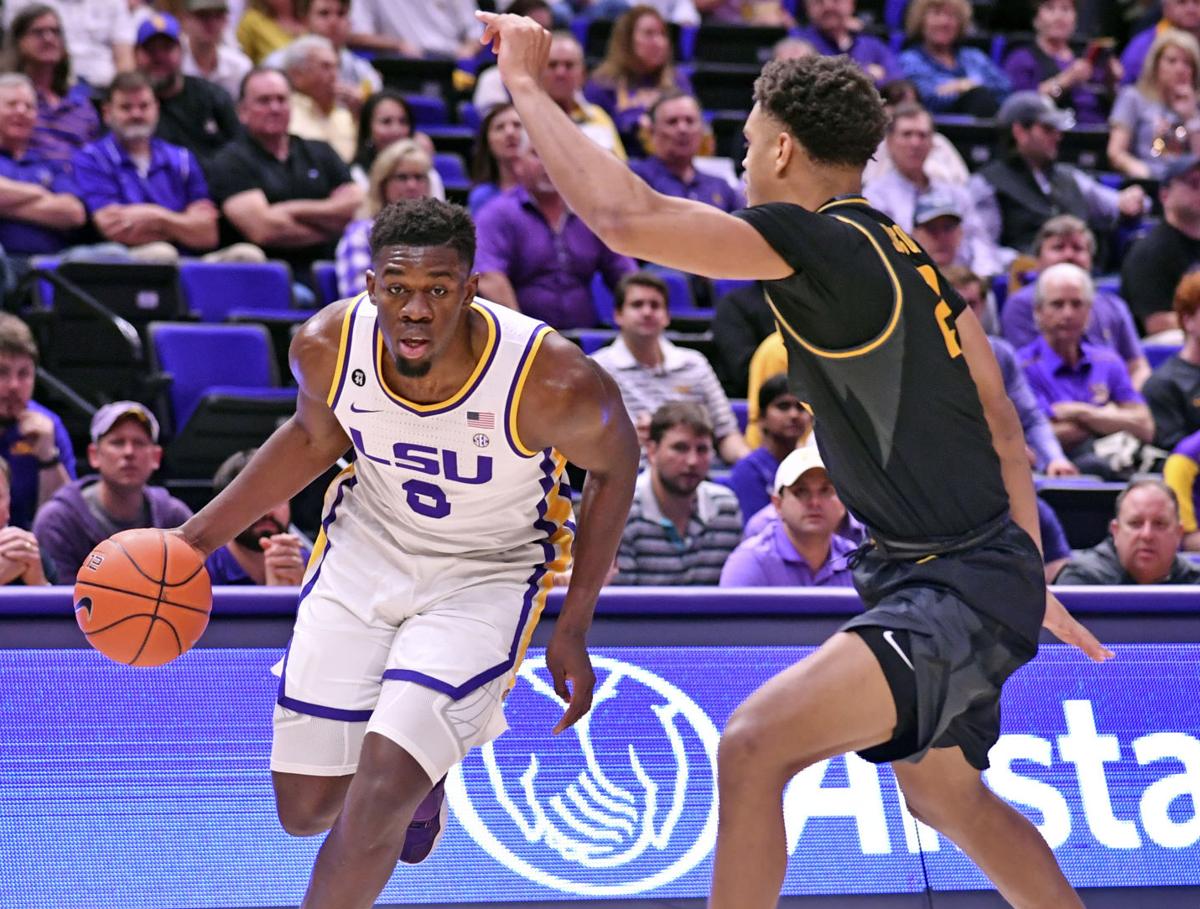 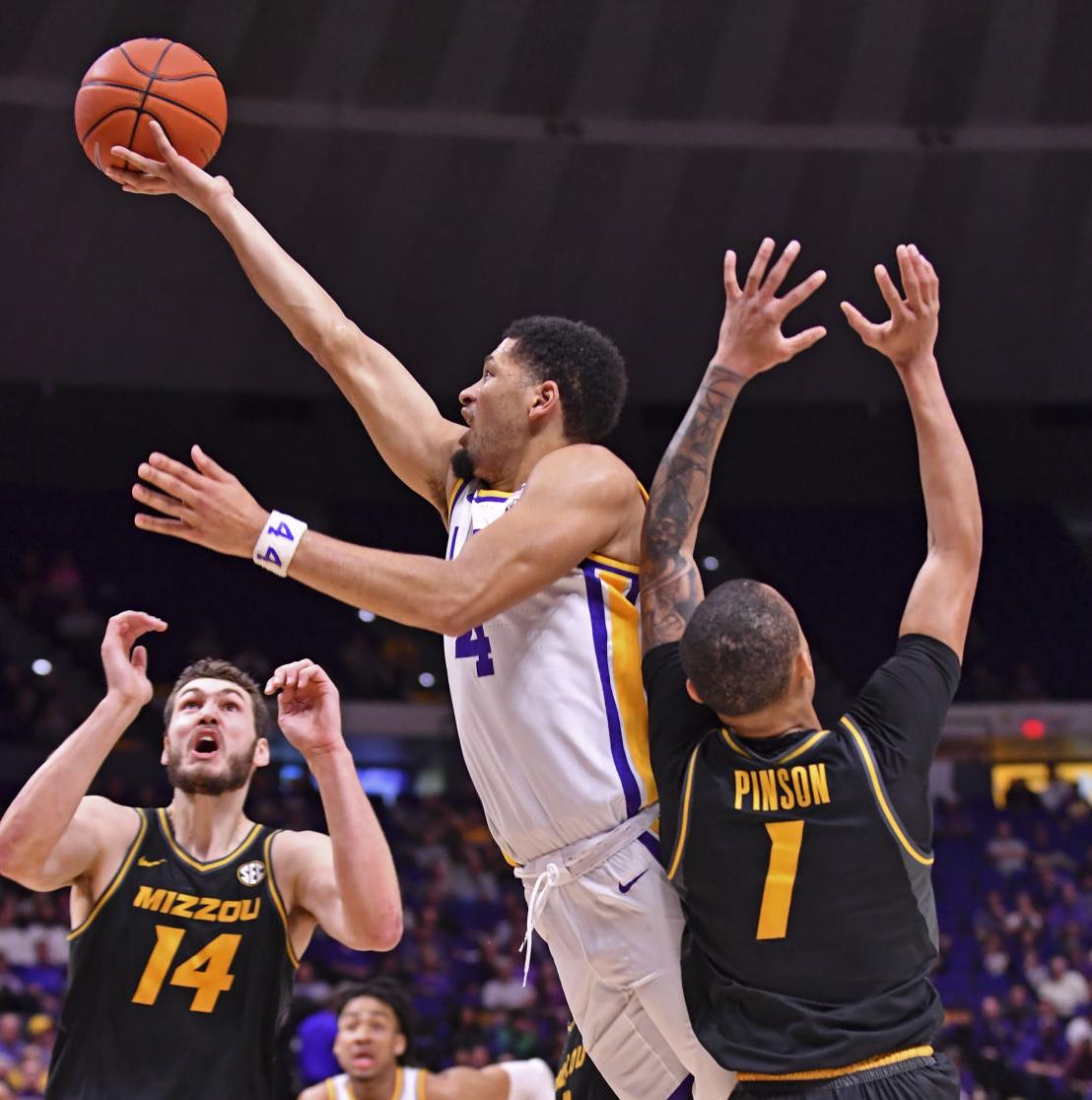 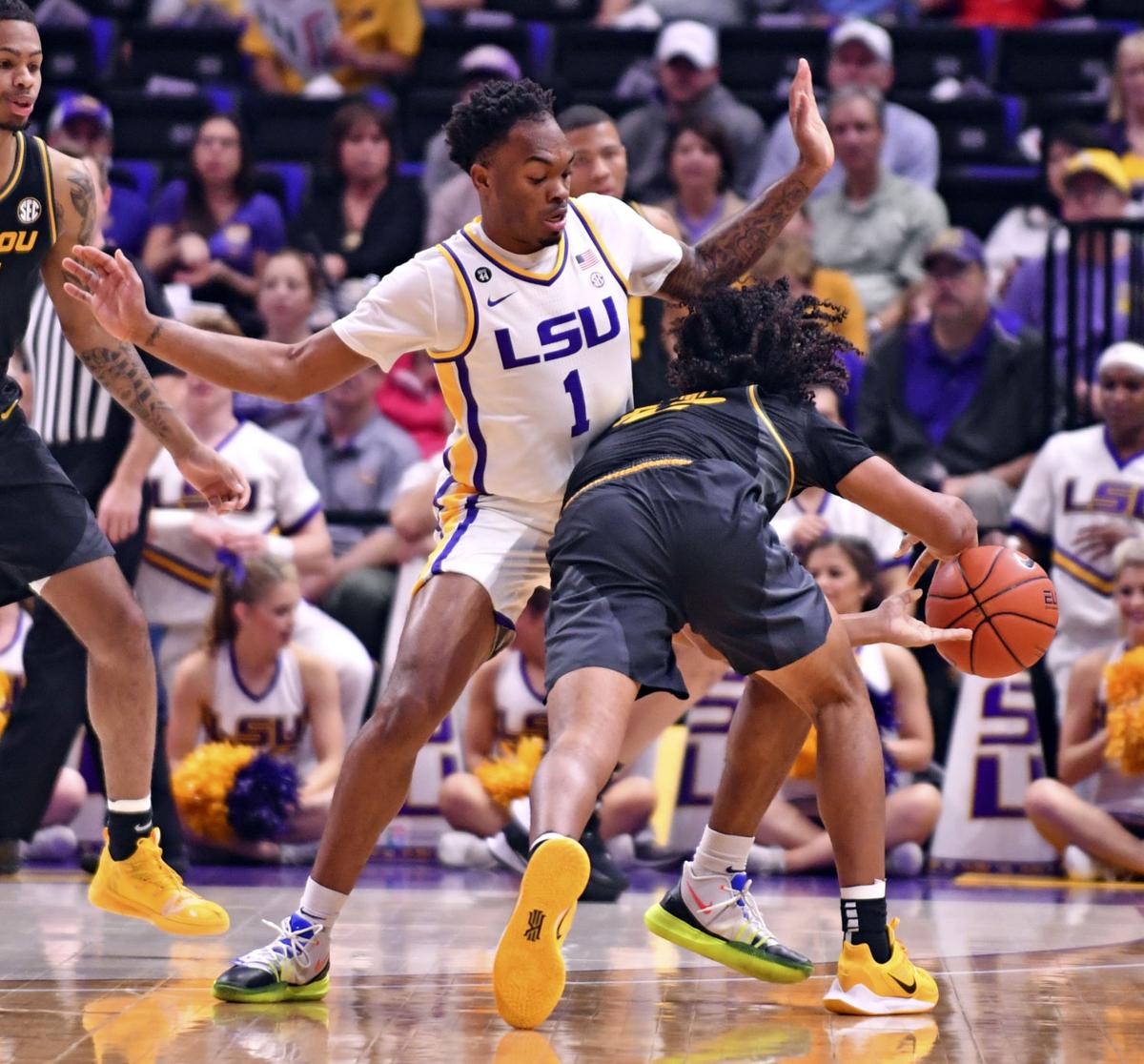 And it didn’t come a minute too soon as far as coach Will Wade was concerned.

After squandering a large lead in both halves of a tough 91-90 overtime loss at Auburn on Saturday, No. 25 LSU fought back from a double-digit deficit in the first half and came from eight down twice in the second half Tuesday night against Missouri.

Needing to make something happen to snap a two-game Southeastern Conference losing streak, LSU responded in the final five minutes to come away with an 82-78 victory before 10,990 nervous fans in the Pete Maravich Assembly Center.

“Good win,” a relieved Wade said. “We just needed to find a way to win at the end of the day. Missouri is always a tough matchup for us as physical as they are; they make you play a lot of one-on-one.

“We just needed to find a way to win at the end of the day and that’s what we did.”

LSU (18-6, 9-2 SEC) remained in a first-place tie in the league with Kentucky, which defeated Vanderbilt 78-64 earlier Tuesday evening.

Auburn can make it a three-way tie again with a win over Alabama on Wednesday night.

It almost didn’t happen for LSU, which needed a determined effort to escape after trailing by 12 points just before halftime. But it scored six in a row in the final 61 seconds to cut the deficit to 43-37 going to the locker room.

Starting Five: The good, bad, player of the game and key stat from LSU's win over Missouri

A brief recap of No. 25 LSU’s 82-78 victory over Missouri in the Pete Maravich Assembly Center on Tuesday night:

LSU was 4 of 16 from the floor to start the game, but hit six of its last seven in the half — which was a key, Wade said.

“We could have been down 15 at halftime,” he said. “We executed down the stretch; we made some much better shots.”

Darius Days’ huge 3-pointer with 4:43 to play gave LSU its first lead since the 18:17 mark of the first half and Wade’s team closed the game on a 13-9 run to pull it out after trailing for nearly 33 minutes.

The contest was tied just once before that in the second half — at 49-49 with 14:57 to go on Days’ layup of an Emmitt Williams missed field-goal attempt.

Missouri managed to get its lead up to eight again at 64-56 when LSU mounted its best push to finally overtake the visitors.

Javonte Smart scored nine of LSU’s next 11 points when they needed it most and Days got the other two on a pair of free throws to trim Missouri’s lead to 69-67.

Then, Skylar Mays knocked down a jumper with 5:23 to play to tie it, then came down with a rebound after a defensive stop under Missouri’s basket.

He quickly pushed the ball up the floor and got it to Trendon Watford, who spotted Days for a wide-open 3-point that gave LSU a 72-69 lead.

Even though the LSU basketball team suffered a one-point overtime loss at Auburn on Saturday, Will Wade's Tigers did get some good news away f…

“I kind of came out slow today,” said Smart, who had just two points at halftime. “Skylar Mays told me to get going and that the team needed my energy. I tried to give that energy and we got the victory.”

Days also had a big basket with 25.4 seconds to play. He collected a rebound off a blocked shot against Watford and got an 8-foot jump-hook to go down for a 78-73 lead — giving LSU enough cushion to survive.

“That was more of a prayer than anything,” a smiling Days said. “It went in though, and the whole crowd was into it. I feel like we gained momentum and ran with it, and won the game.”

Mays finished with a game-high 23 points and Days had his seventh double-double with 20 points and 10 rebounds. The 20 points matched his career-high he had against Missouri State on Nov. 29.

With his timely scoring burst, Smart finished with 15 points — with 13 of them coming in the decisive second half — while Williams and Watford had 11 each.

Dru Smith had 20 points to lead Missouri, which had been playing well recently with two wins in its past four games following a 1-5 league start.

Reed Nikko, who battled foul trouble throughout the second half, had 13 points and eight rebounds, while Javon Pickett and Mitchell Smith finished with 10 points each.

“Missouri deserves credit, they’re a great defensive team,” Mays said after he, Days and Smart combined for 36 of LSU’s 45 second-half points. “They made us play a lot of one-on-one.

"We play our best basketball when we can get the ball moving and attack closeouts. But we were able to figure it out and score enough points to win.”

Rabalais: LSU basketball defying their deficiencies to be in the thick of SEC title chase