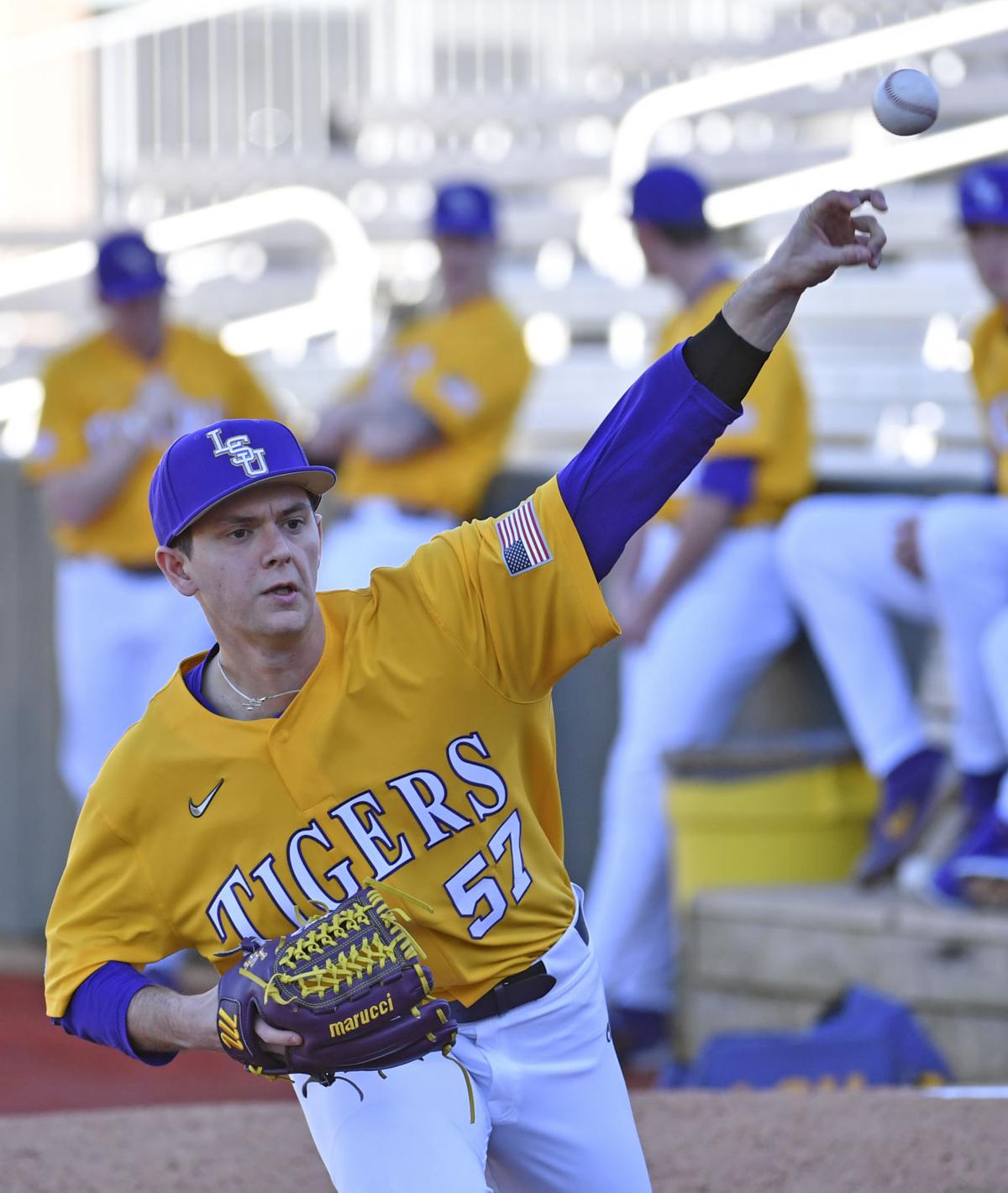 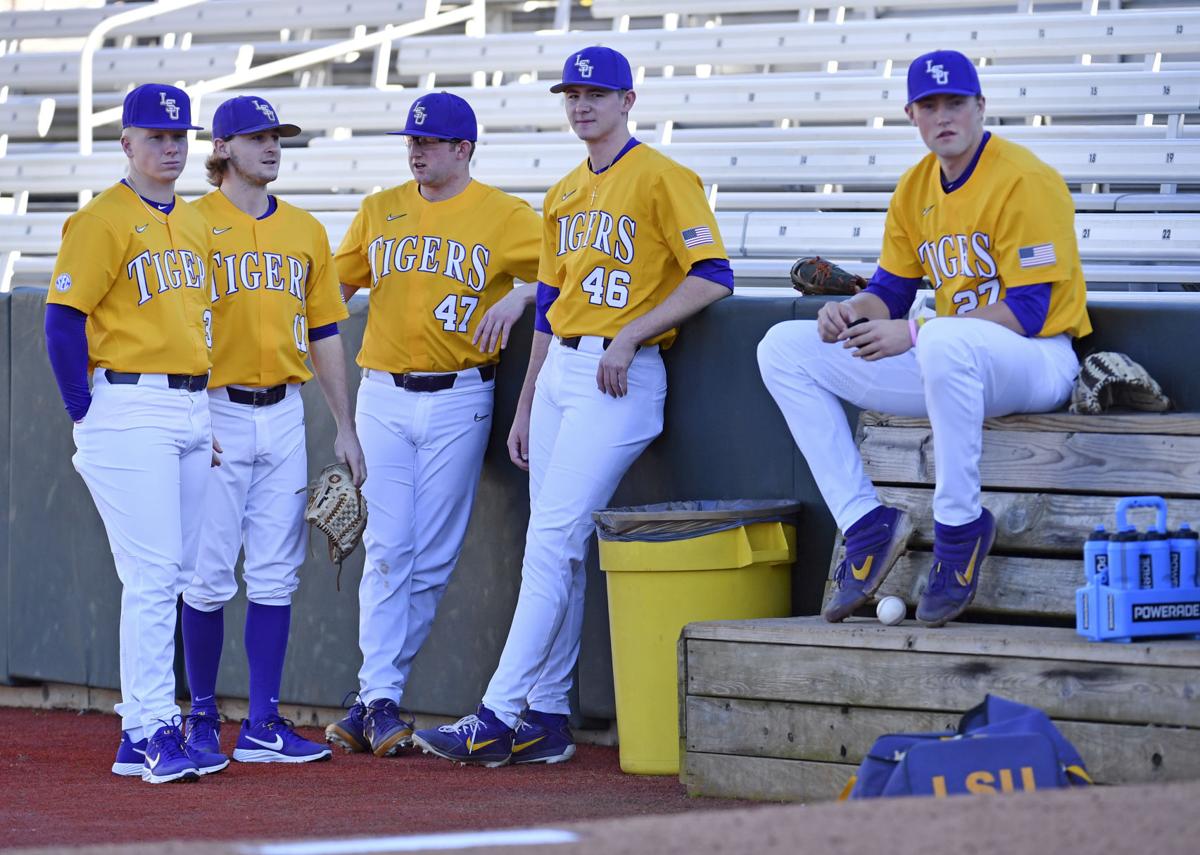 As left-handed pitcher Jacob Hasty watched LSU last season and approached his final college decision, he realized by signing with the Tigers, he could help fill a void on the pitching staff.

LSU played without a healthy left-handed pitcher last spring, so Hasty felt valued. He held offers from other schools, but they had left-handed pitchers. LSU needed him. Hasty figured if he came to LSU, he might play his freshman season.

“It was a big deciding factor in my recruitment,” Hasty said, “coming to a place that didn't have that many lefties.”

LSU wanted to find left-handed pitchers during the recruiting cycle. After adding three to the roster, the Tigers may have found left-handed arms to contribute this spring, giving them another dimension to the pitching staff.

With about two weeks until its season-opening game Feb. 14 against Indiana, LSU has junior Brandon Kaminer, Hasty and sophomore Michael Lagarrigue competing for playing time and the trust of the coaching staff.

“Seeing (the ball) from a different arm slot and a different side of the mound,” Hasty said of the benefits of left-handed pitching. “It's deception.”

The Tigers found themselves in an unusual position last year. They had signed freshman Easton McMurray, a two-time Rawlings All-American in high school, but he arrived on campus with an injured shoulder.

McMurray underwent season-ending surgery last February. When pain coursed through his arm again before fall practice, he gave up baseball, exhausted by the injury and its toll on his body. McMurray soon transferred to play football at Bakersfield (California) College, a community college near his hometown.

LSU believed it had some right-handed pitchers capable of matching up against left-handed batters last season, but when McMurray had surgery, coach Paul Mainieri sensed LSU’s lack of left-handed pitching might hurt the team.

“I think it did,” Mainieri said.

Hasty signed with LSU out of Keller, Texas, after allowing 18 hits his senior year of high school. Scouts told Mainieri they ranked Hasty’s breaking ball as the second-best of any draft-eligible player in the state.

“The key for him is to get to counts where he can use it,” Mainieri said. “His fastball is a work in progress. He had days in the fall where it was pretty good, and he had a day or two where it was terrible and he couldn't finish an inning.”

Hasty’s fastball reached 94 mph during fall practice, but it will sit between 88 and 90 mph this season. If he can locate the pitch enough to complement his curveball, Mainieri said, LSU may have found a reliable pitcher out of the bullpen — or maybe another starter. Hasty said he has practiced his accuracy every day.

“I'm seeing a lot of improvement as the year has gone,” Hasty said. “My misses are smaller. I'm more competitive. And that's opening up my breaking ball a lot more.”

Kaminer transferred from Wallace Community College with two years of eligibility. He went 8-2 with 64 strikeouts his one season at Wallace, while he pitched 60 innings. Kaminer’s senior year at Stoneman Douglas High School in Florida, he received 2017 Rawlings-Perfect Game Honorable Mention All-America.

Kaminer showed moments of promise during fall practice, but Mainieri said “for the most part, his fall wasn't very good.”

Since preseason individual drills began earlier this month, Kaminer has carried himself with more confidence and maturity. Mainieri said Kaminer looked “outstanding” when he pitched. During Mainieri’s first preseason press conference last week, he lumped Kaminer with the rest of LSU’s veteran relievers.

The coaching staff is evaluating Lagarrigue, who tried out for the team last fall. LSU added him to the online roster last week after freshman pitcher Farmer Abendroth, who was suspended for the year, transferred, opening the final roster spot. Lagarrigue has improved, Mainieri said, but LSU has not decided if he will make the final roster.

LSU hopes at least Hasty and Kaminer can contribute this season, giving the Tigers two reliable left-handed arms — and possibly a third in Lagarrigue. They lacked the advantages of left-handed pitching last year, but this spring, LSU has options.

“They needed lefties,” Hasty said, “so we're really excited to be here.”

LSU on Thursday announced a limited amount of single-game tickets, along with mini-plans and multi-game packages, will go on sale at 8 a.m. Friday. The school recommended fans visit www.LSUTIX.net for purchasing. The remaining individual-game tickets will go on sale next Wednesday, Feb. 5.

LSU also updated the schedule for FanFest, which will begin at 1 p.m. Saturday. Instead of batting practice, the team will begin its scrimmage at 2 p.m.

See the full schedule below.

Paul Mainieri lived with chronic neck pain for more than a year. He held up his neck throughout the 2019 season. He feels better after offseason surgery and continues to recover.