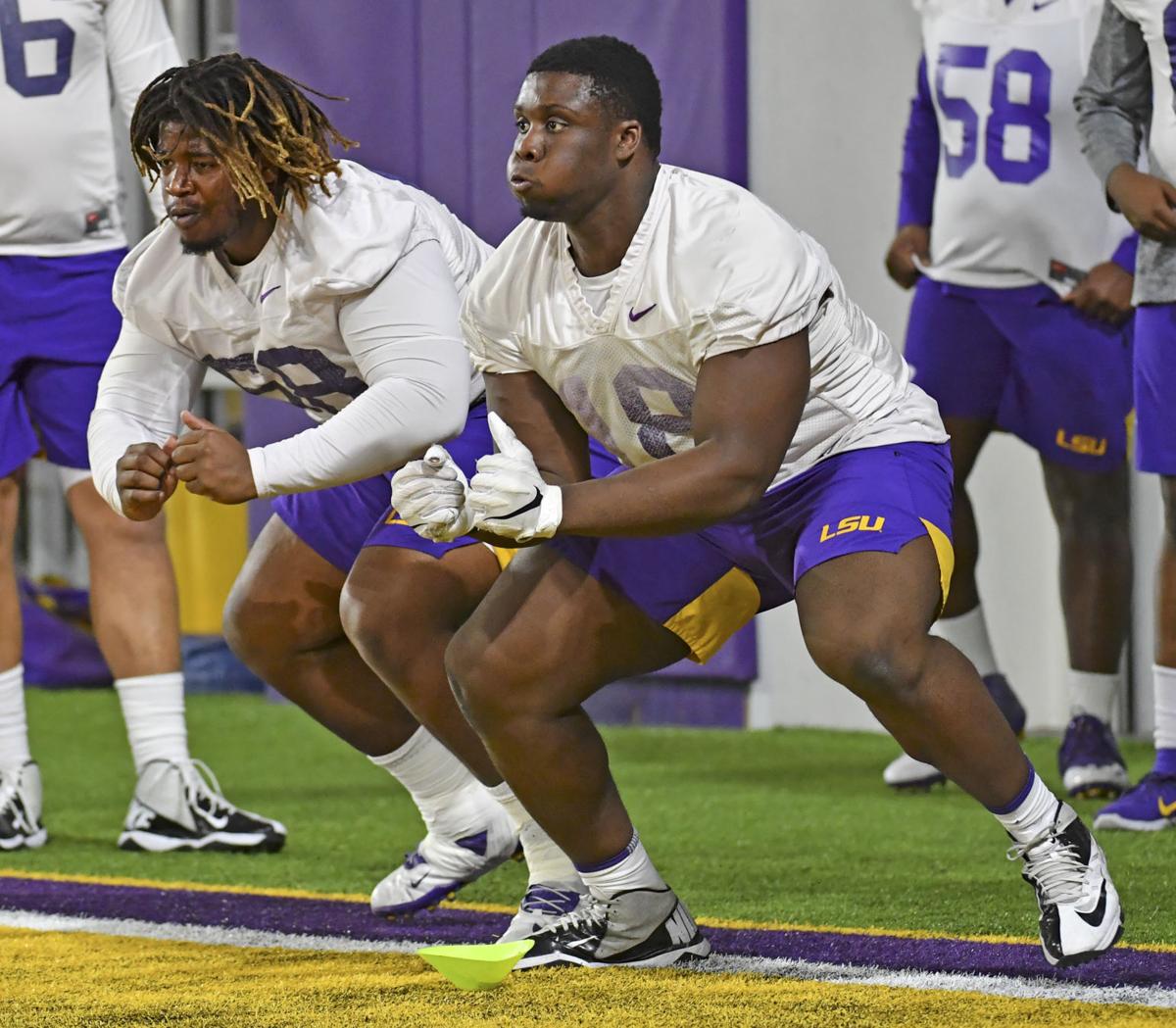 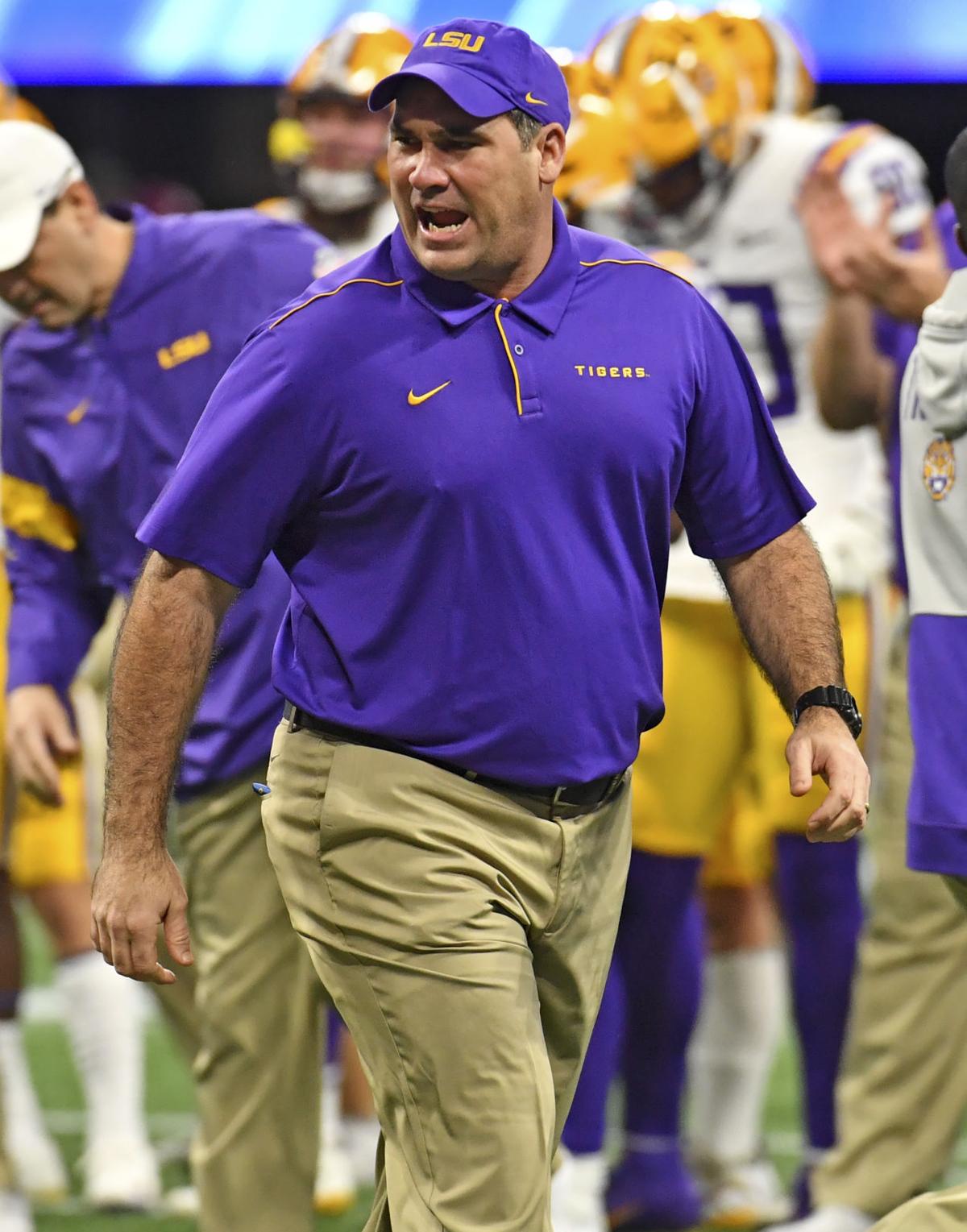 When James Cregg arrived at LSU in January 2017, the new offensive line coach wanted to understand the mindset of his players.

As Cregg led a meeting inside the LSU facility, he asked them what they hoped to accomplish during their careers. They answered: win Southeastern Conference titles and national championships.

“What are you going to do to get there?” Cregg said.

Discussion filled the room as the players and their coach debated the most important qualities of a successful team. Cregg wrote down words and phrases — commitment, accountability and be on time, for example — around the two goals, creating a guide for the offensive line.

The group had to improve for No. 1 LSU to reach the College Football Playoff championship game against No. 3 Clemson, which kicks off at 7:15 p.m. Monday.

“It was just us on the field not executing,” Cushenberry said.

This year, against a daunting list of opponents — LSU’s offensive linemen answered questions almost every week about their ability to block talented defensive linemen — the offensive line has served as the foundation of the highest-scoring offense (684 points) in Division-I college football.

“Put on the film,” right tackle Austin Deculus said. “That speaks for itself.”

'For all of us': What a national championship would mean to LSU, Ed Orgeron -- and Louisiana

LAROSE — Tom Guidry pointed out directions from the passenger seat as the car swerved along Bayou Lafourche, passing parked boats and bridges …

Improvement began in January. LSU had to replace left guard Garrett Brumfield, but it returned most of the starting offensive line, creating continuity. Depth increased with the reinstatement of guard Ed Ingram and the development of backups like Dare Rosenthal and Badara Traore.

But the offense didn’t panic.

“We've still got guys coming in and out of the lineup, but they're seasoned,” Cregg said. “That's my job as a coach, to get the next guy better to get in there and do it. We have a saying — 'don't blink' — and that's what you're seeing right now.”

Cregg implemented a few new drills during the offseason, including one that required holding a medicine ball while the offensive line blocked. It trained them to place their hands closer together. They also focused on lowering their pads, creating leverage against larger opponents.

Along with the rest of the offense, the linemen spent two hours on drills every Saturday morning last summer. They went through bag drills, medicine ball lifts and different blocks, building off Cregg’s instructions. Cushenberry encouraged them to perfect their technique. Spending more time together created chemistry and trust.

“Looking at those and comparing them to last year, you could see it was night and day,” Deculus said. “We were a totally different creature.”

Within Travis Etienne's hometown, a pocket of Clemson support seeps into south Louisiana

Most of Jennings, Louisiana, will pull for LSU during the national championship, but Clemson running Travis Etienne’s hometown will not root against him either, creating a pocket of Clemson fandom in the middle of a state obsessed with LSU football.

Entering the season, Cregg adjusted his coaching after four straight years as an assistant offensive line coach in the NFL — one season with the Chargers and three with the Broncos — to include fundamentals of hand placement and footwork, something he realized professional players already knew.

Cregg worked when other coaches took vacations. He left the facility late at night and returned almost every day at 4 a.m. to watch film. Once, right guard Damien Lewis called Cregg around 2 in the morning. He didn’t expect Cregg to pick up the phone. His coach answered.

“Coach,” Lewis said, “what you doing still up?”

Cregg prefers those early mornings at the facility. His mind works best that time of day, and he feels more creative. Coffee and one Monster energy drink per day keep him awake. Lewis called him a “vampire.”

Rabalais: If LSU beats Clemson, these Tigers will go down as LSU's best team ever

There is a room in Tiger Stadium where the walls virtually speak of the greatness, the lore, the legends of LSU football.

When LSU received the Joe Moore Award — a 7-foot trophy weighing more than 800 pounds — Cregg and the offensive linemen didn’t expect it. The trophy foundation arrived at the chosen school without announcing a winner.

As practice ended one day in mid-December, staffers pushed the hidden sculpture across LSU’s artificial turf field, using a plank to slide it behind the end zone. After LSU unveiled the trophy, the offensive linemen and Cregg posed around it for pictures. Quarterback Joe Burrow knelt in a three-point stance.

"They're unreal," Burrow said after the SEC Championship. "They've been unreal all year. They're one of the most improved groups I've ever been around. They took that criticism from last year to heart."

Awarded on six criteria — toughness, effort, teamwork, consistency, technique and finishing — the trophy now sits near the front entrance of LSU’s football operations building. It will remain on campus for one year.

“You can't just put that in the corner,” Cushenberry said. “You've got to get its own little shrine.”

Joe Brady has agreed to a contract extension with LSU that still allows him flexibility to leave for an NFL job, according to a report by Spor…

LSU gave its players two days off earlier this week. Coach Ed Orgeron wanted the team to maintain its routine during a two-week gap between the semifinal and championship game. The offensive line came to LSU’s facility both days.

And after Lewis suffered an injury during the Peach Bowl, he joined practices this week. He said he will start, but Orgeron said he believed in the other linemen if Lewis couldn’t have played against Clemson.

“We knew if we wanted to get here, it would be all on us,” Charles said. “Monday night to win the game, it will be all on us.”

Before the team left for New Orleans on Friday afternoon, Cregg brought the original chart to the offensive line’s final meeting of the season in Baton Rouge. He had copied the diagram onto a piece of paper after it was created in 2017, and he wanted to revisit the themes now that LSU had reached the cusp of its goal.

As long as Cregg coaches at LSU, the offensive line will operate by those same rules, Lewis said, providing a map for the players yet to come. Cregg recreated the diagram on the whiteboard.

“It's pretty cool to see that chart of where we're going and what we've done to get there,” Cregg said, “but we've still got to finish.”