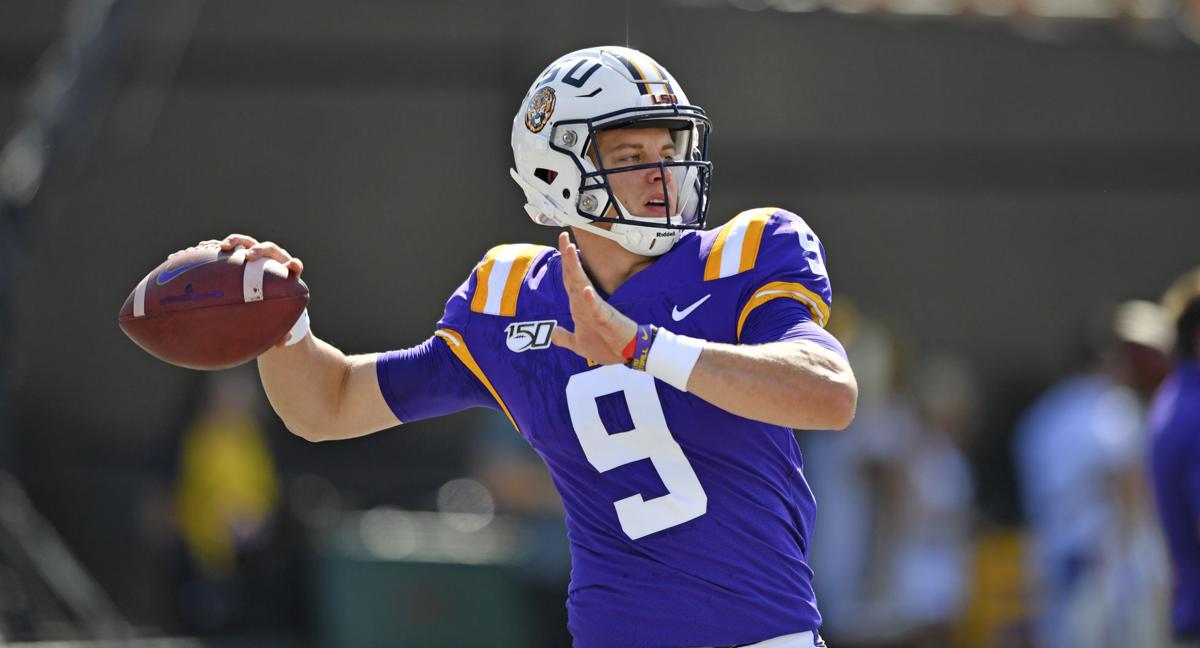 LSU quarterback Joe Burrow (9) warms up before kickoff between the Tigers and the Commodores, Saturday, September 21, 2019, at Vanderbilt Stadium in Nashville, Tenn. 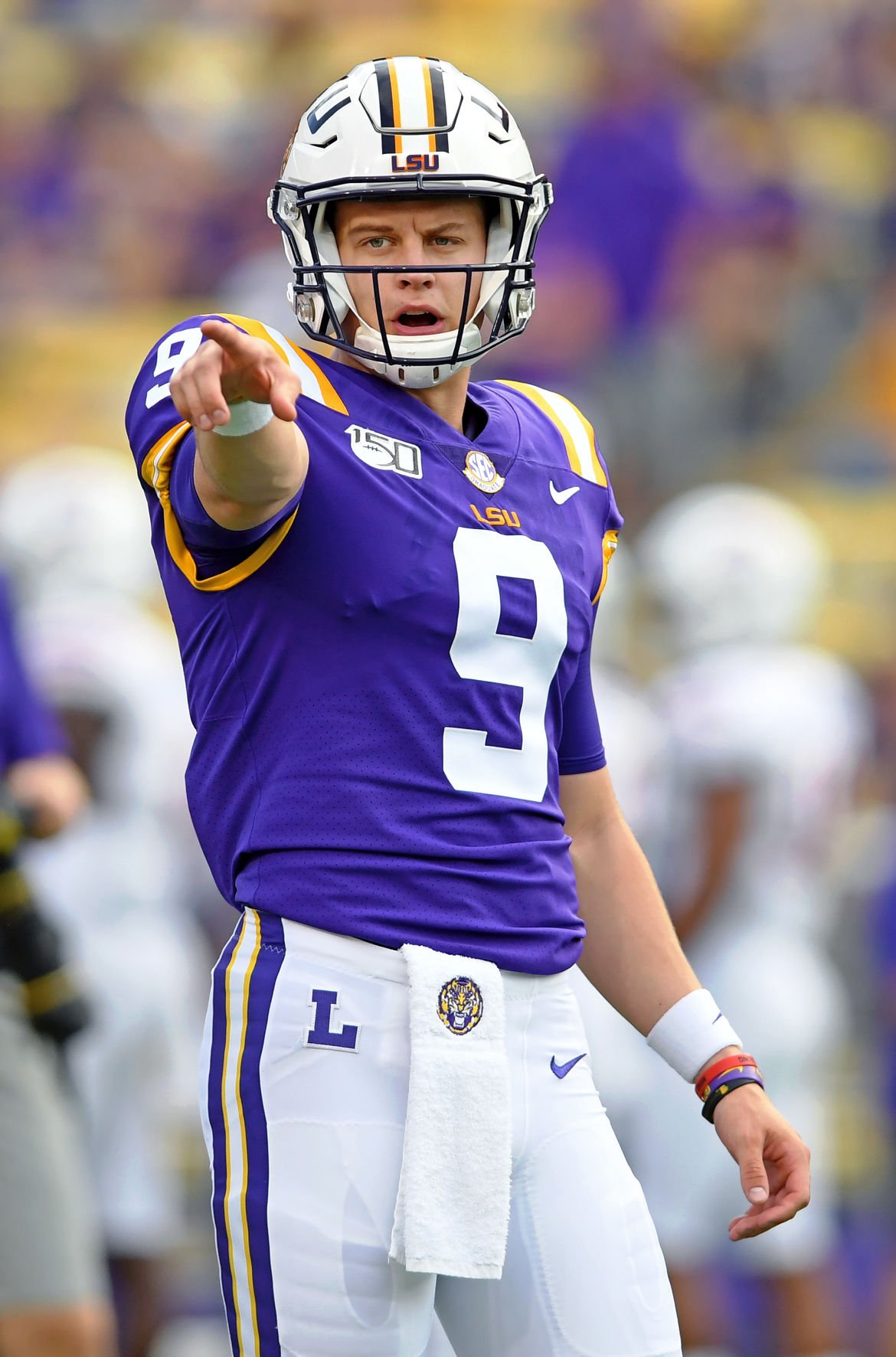 LSU quarterback Joe Burrow (9) warms up before kickoff between the Tigers and the Commodores, Saturday, September 21, 2019, at Vanderbilt Stadium in Nashville, Tenn.

When California Gov. Gavin Newsom signed a bill Monday that allowed California college athletes to earn money by using their names, images and likenesses, he said that his state's action would "initiate dozens of other states to introduce similar legislation."

Newsom signed the senate bill known as the "Fair Pay to Play Act" on the set of HBO's The Shop, and California became the first state to pass a reformation that prohibits the NCAA from penalizing universities that allow its athletes to make money due to their direct association with a sport.

Specifically, college athletes in California will be able to hire agents licensed by the state in order to seek out ways to make a profit off their names, images and likeness.

The NCAA, which had before said that such a bill would be "unconstitutional," responded with a statement that agreed that "changes are needed" in the way college athletes are compensated; but that improvement "needs to happen on a national level through the NCAA's rules-making process" and not through government law.

SACRAMENTO, Calif. (AP) — California will let college athletes hire agents and make money from endorsements, defying the NCAA and setting up a…

"Unfortunately, this new law already is creating confusion for current and future student-athletes, coaches, administrators and campuses," the NCAA statement said, "and not just in California."

The news rippled from the west coast to the gulf coast.

"I believe the players should get as much as they possibly can," Orgeron said. "And am I fan of paying the players? No. But I do, if there's a system where we can get these guys what they deserve without getting salaries... I'm all for that. But I think it's got to be governed all in the right way. But that's not for me to decide. My job is to coach football, and whatever they tell me to do, I'm going to do."

'Warp speed': That's how LSU is preparing for a Utah State offense that's even faster

Where is the Louisiana state government in this conversation?

Will it, as Newsom said, respond to California's action by introducing similar legislation?

The Louisiana legislature is currently out of session, and the lawmaking meetings won't reconvene until March 9 of next year.

A spokesperson for Gov. John Bel Edwards' office said amateur athlete compensation is not a conversation that has come up in Louisiana policy, and several legislators say that's because the debate has only truly picked up within the past five years.

"I think it's something that definitely warrants a discussion," said Sen. Rick Ward, R-Port Allen, "I just think there's so many factors that play into it. I would find it hard for us to start passing legislation on something prior to the NCAA putting some framework together."

It was 94 degrees on the first day of October, a sweltering heat that lasted throughout LSU's full pads, outdoor practice on Tuesday afternoon.

California's law has essentially forced the NCAA's hand to construct such a framework, and the state has clearly given the NCAA a deadline.

The law does not take effect until Jan. 1, 2023 — a substantial amount of time in the legislative world.

The four-year timeline gives enough space for other states to take similar action if the NCAA doesn't, and it leaves open the possibility that a similar law might pass at the federal level.

There is currently a bill in the United States Congress that proposes to amend the Internal Revenue Code of 1986 "to prohibit qualified amateur sports organizations from prohibiting or substantially restricting the use of an athletes name, image, or likeness."

U.S. Rep. Cedric Richmond, a New Orleans Democrat, is one of four sponsors of the bill. Richmond's office said he was unavailable for comment as of Tuesday evening.

There is a possibility that the NCAA fights California's law instead.

In September, the NCAA released a statement that urged California "to reconsider this harmful and, we believe, unconstitutional bill" — although the statement never clarified just how the bill was unconstitutional.

"From reading the NCAA's letter, it is not clear what constitutional claim is being referred to," said John Devlin, a law professor at LSU. "Perhaps there is some thought here that there may be a claim of violation of the interstate commerce clause by California interfering with interstate commerce in collegiate athletics."

A potential top 10 matchup between LSU and Florida will be played at night in Tiger Stadium.

Under Article I, Section 8 of the constitution, Congress can regulate any business that crosses state lines.

There's little argument against college athletics being a business: the NCAA exceeded $1 billion in revenue for the first time in history during the 2016-17 school year.

With college athletic programs in California operating under a different set of rules than those in other states, Congress could potentially take action to create a set of rules that blanket the entire country.

There are multiple paths the legislative debate can take in the coming months, Ward said, which is why some state lawmakers might be hesitant to draft up a policy to join California in haste.

"There's all these things that could happen in the six or so months prior to session," Ward said. "Anybody that's thinking of filing a bill dealing with that, they're probably going to watch and see what happens."

After bye week, LSU football drops in latest rankings; Alabama moves up to No. 1

LSU football dropped to No. 5 in the latest rankings of AP Top 25 poll, which was updated and released Sunday afternoon.

Athletic officials and sports pundits across the nation voiced concern for the multiple ramifications that could happen when only a few states have the advantage of luring athletes to their colleges with the ability to profit off their likeness.

Further still, if states individually pass their own laws, each of the laws' languages can contain key differences instead of every college in the country falling under the same rules.

Southeastern Conference commissioner Greg Sankey said in a statement that "there is meaningful concern" when "individual states unilaterally alter a set of rules," and there is a need to uphold the "national balance."

Such an imbalance could widen the already cavernous disparity between big-money institutions in Power 5 conferences and the lower-revenue programs in Division I FCS.

"I think it needs to be a universal plan that can help all Division I universities at that level," Banks added. "Because all you’re going to do is create the demand, the powerful get more powerful and the smaller schools get less, and so I’m just concerned about what that will look like in the future.”

Matt Flynn figured out how to make sodium not taste salty.

"If I'm a player," Ward said, "certainly I'm sure it probably makes you scratch your head when you walk into every bookstore and place that sells jerseys and you see you jersey hanging on the rack an you get nothing for it."

In any sportswear shop in Louisiana, it wouldn't be hard to find the No. 9 Jersey worn by LSU quarterback Joe Burrow.

Would it be right for him to somehow find a way to profit off his likeness?

"I think that's the only fair way to do it," Burrow said. "They're selling my jersey, and I'm not really seeing any of that. But that's the law right now, and I think it's good to see that people are starting to trend the other way."

Ed Orgeron provides updates on several injured key players; 'We have to see as the week goes'

Last Thursday night, LSU coach Ed Orgeron drove down the highway with his wife toward Lake Charles as fast as possible, blaring country music with the "moon roof" down.

John Robinson says he gets asked the question all the time.