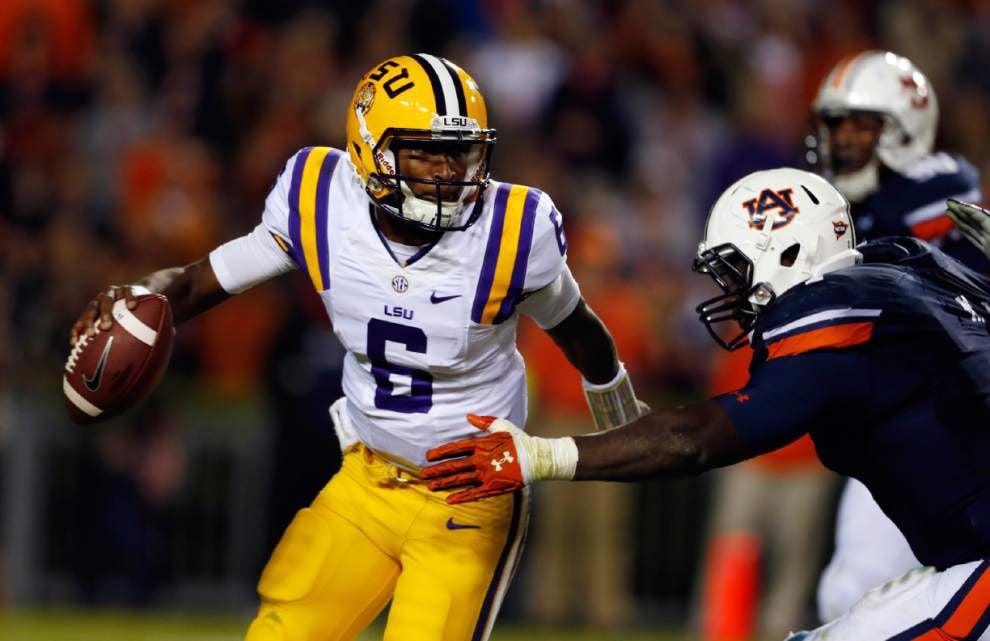 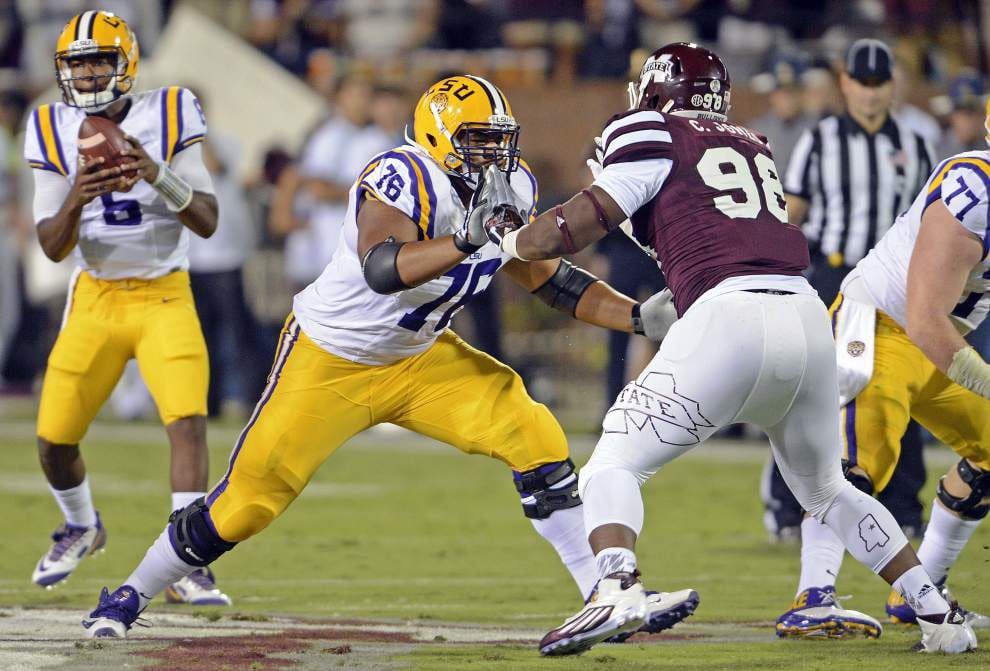 In October of 2011, Haughton and Parkway high schools squared off in a football game. The two north Louisiana schools, separated by just 15 miles of Bossier Parish land, reignited their yearly rivalry at Haughton that season.

Parkway’s quarterback was making his first career start, with the usual starter suspended. He struggled, the team struggled and Haughton won in runaway fashion, 45-20.

Somebody stood out to Haughton coach Rodney Guin in his team’s rousing victory — someone from the other side, the Parkway sophomore quarterback.

Harris’ first high school start paralleled his first college start — a 41-7 loss in October at Auburn. They were poorly played games in hostile road environments that resulted in blowout losses.

Harris makes the first home start of his career Saturday at Tiger Stadium, and it comes against the team he stumbled against in his college debut almost a year ago — No. 18 Auburn (2-0).

The stakes? Oh, they’re high. The pressure? It’s up, too.

No. 13 LSU (1-0) cleared the first hurdle of an early season, two-game stretch with a 21-19 win at Mississippi State last week. The Tigers return to Baton Rouge for a mid-September season opener in the afternoon set for a CBS broadcast.

Temperature expected at kickoff is in the low 90s, with humidity driving up the real feel to near triple digits. Bottles of water will be sold at a discount in the stadium, and football players for each team will chug fluids Friday night to prepare for the sweaty mess that awaits.

Through all of this — the heat, national audience, conference and playoff implications — is a deeper storyline: Can Harris rid of the nightmarish game against Auburn a season ago and continue to prove that he’s made an about-face?

“This is a completely different guy,” Miles said. “He’s a much different player than the player who took the field at Auburn.”

That player ran the wrong direction on a key second-down play, fumbled a snap on another and unnecessarily scrambled out of a clean pocket on at least three drop-backs.

“I tell you now, after the game, I was miserable, trying to find out answers,” Harris said earlier this week. “I think coach (Cameron) and coach Miles and everybody else helped me get through that. I’m looking forward to this weekend.”

He’s got experience to draw on.

After his start against Haughton in 2011 — he passed for just 77 yards that game — Harris didn’t start again until the next season, his junior year. He led Parkway to a 24-3 record over the next two seasons, never lost to rival Haughton again and evolved into a four-star quarterback prospect.

“His track at LSU,” said Ricky Bryant, an assistant coach at Parkway, “isn’t different than his track at Parkway.”

Harris has a chance to extend a streak. LSU quarterbacks in their first Tiger Stadium start have won 11 straight games, a streak that dates to 2002 when Matt Mauck beat The Citadel in what was his first start in Death Valley.

All signs point to Harris’ maturity from that kid who floundered on the Plains last season.

At Mississippi State last week, he completed 9 of 14 passes for 71 yards. More importantly: He had zero glaring mistakes — no interceptions, no busted plays, no fumbled snaps, no outrageous misfires.

“We recruited him,” Auburn coach Gus Malzahn said of Harris, who took a visit to Auburn as a high school senior. “We know all about him. Very talented young man. … He was in a tough spot last year (at Auburn). You could tell after (last week) he’s comfortable and confident.”

Harris feels it, too. He said the State game was “night and day” compared to that nightmarish affair at Auburn.

Harris managed to shove aside his tough opening act as a high-schooler and roll to an all-star prep career. He’s on the way to doing the same in college. His next hurdle is that old foe, Auburn.

“He’s immensely more experienced than he was when he played at Auburn,” Miles said. “His game readiness, in terms of all of the things a quarterback has to do, he’s more prepared. He’s more in tuned now, rather than trying to accommodate every coaching point. He’s more ready to be an integral part of a successful football team.”