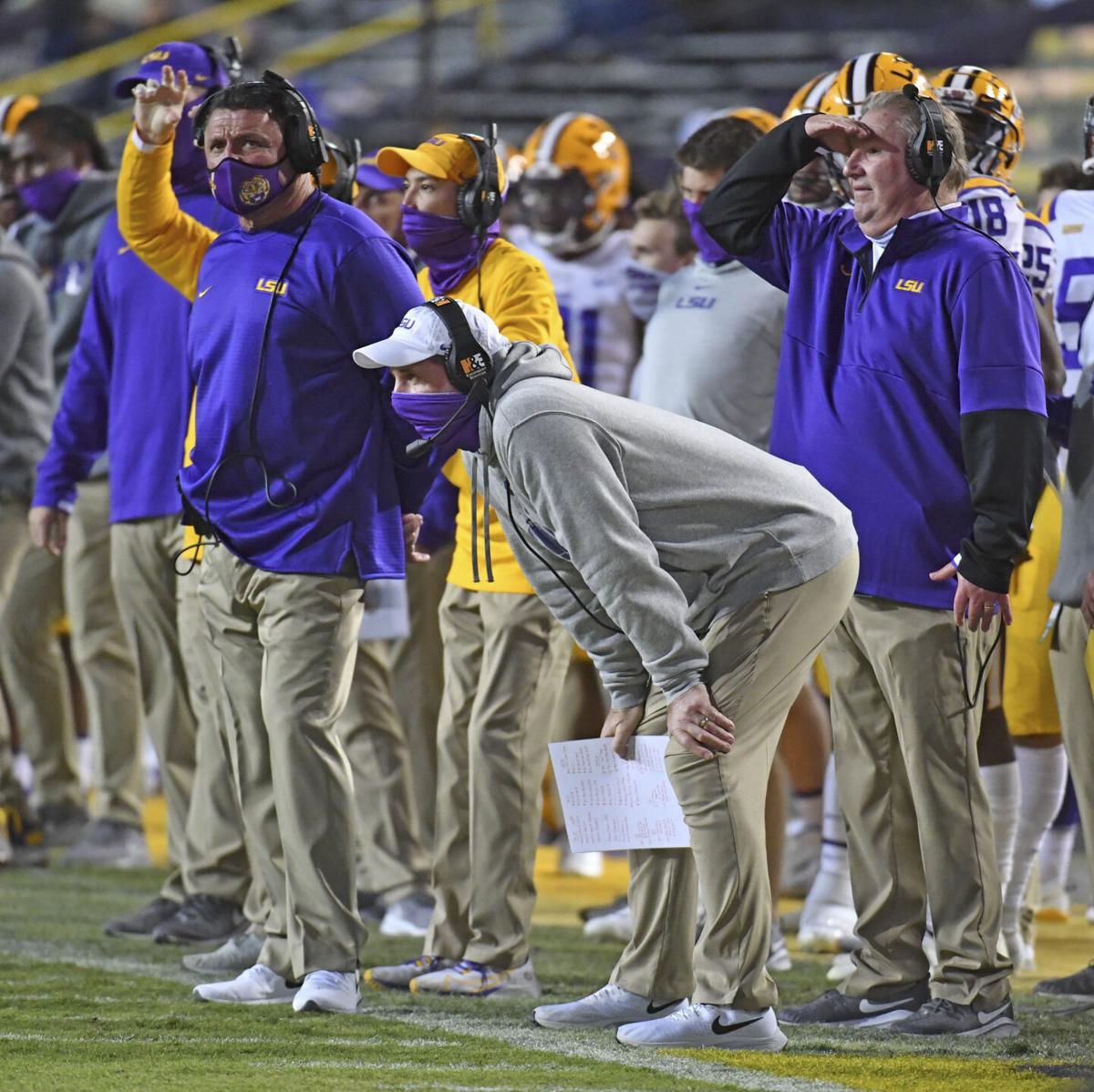 From left, LSU coach Ed Orgeron, defensive coordinator Bo Pelini and defensive line coach Bill Johnson look on from the sideline in the second half of Alabama's 55-17 win over the Tigers, Saturday, December 5, 2020, at LSU's Tiger Stadium in Baton Rouge. 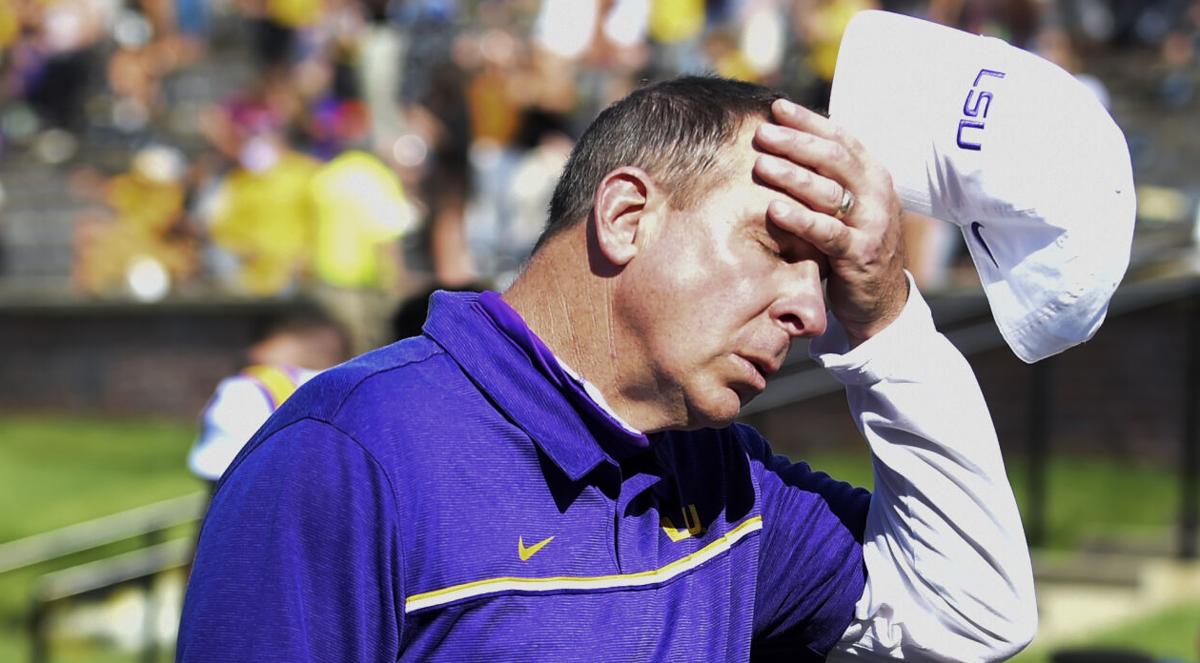 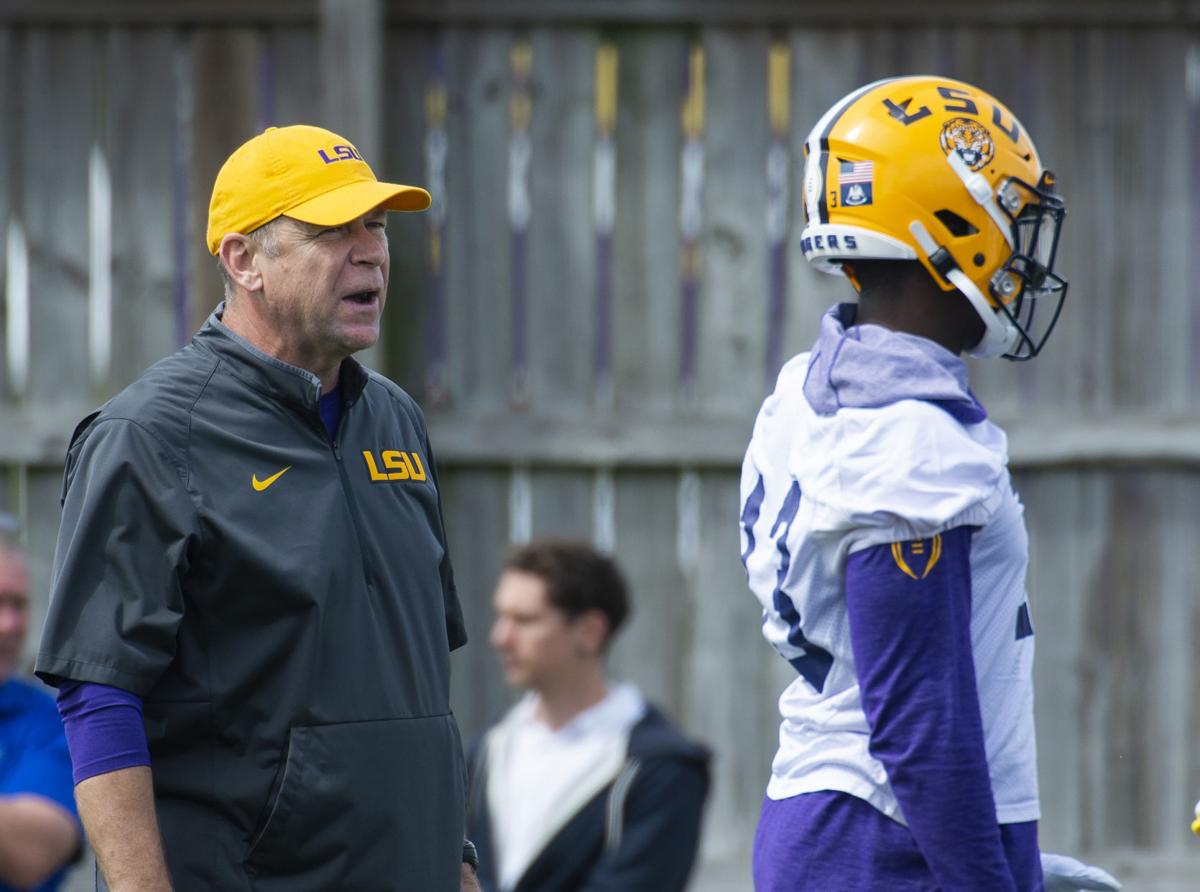 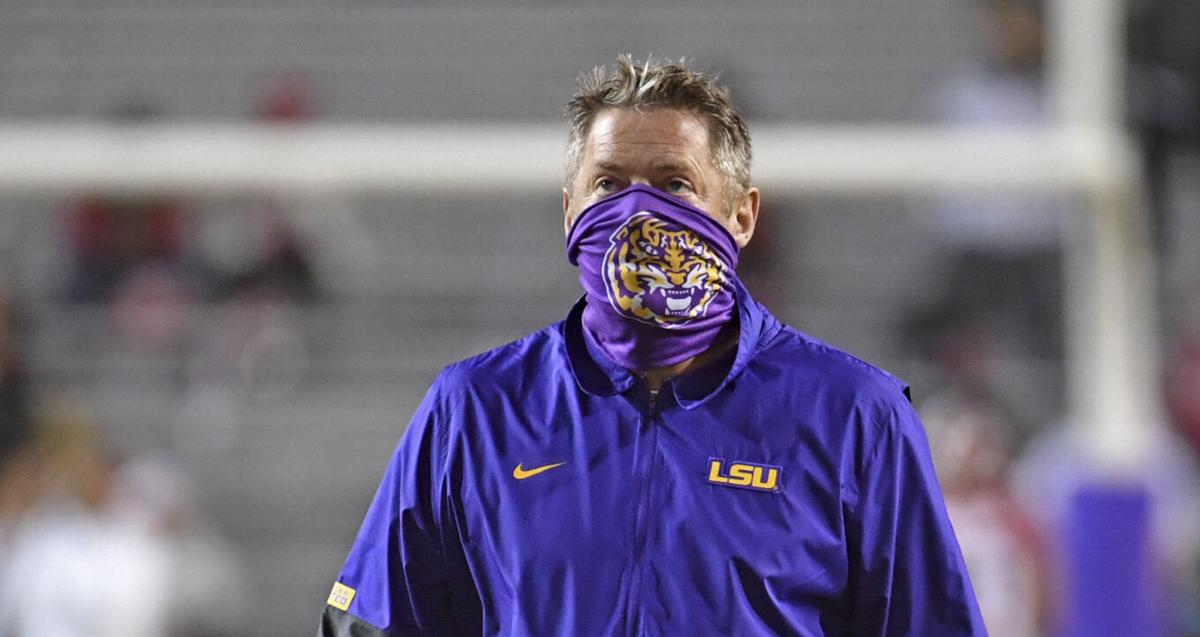 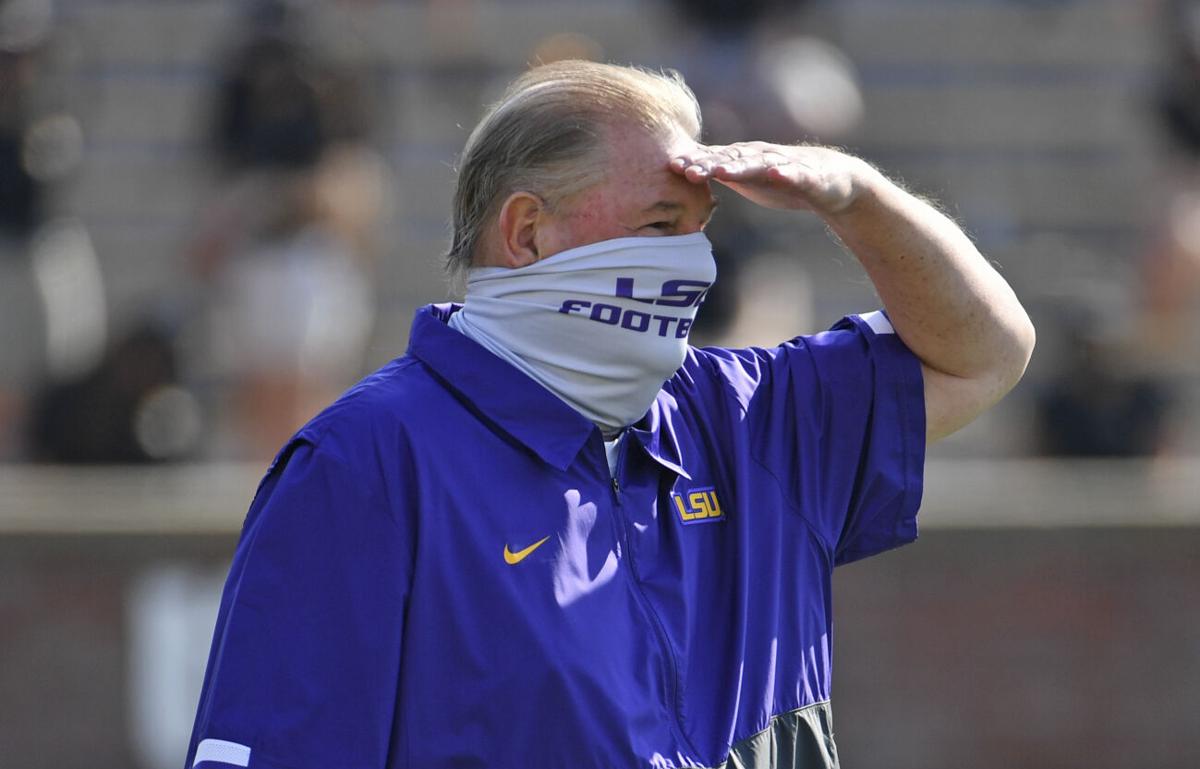 Days after LSU's 2020 football season ended, a major shakeup within the team's coaching staff has begun.

LSU coach Ed Orgeron has previously said he'd evaluate his entire staff at the end of the season, which concluded with a 53-48 win over Ole Miss on Saturday to finish with a 5-5 record.

The shakeup comes just a year after LSU won its fourth national championship, and it represents the urgency Orgeron has to restore the program's path toward title contention.

See the latest staffing changes below:

Pelini's departure was the most anticipated within the football program, ending his second stint in Baton Rouge after just one season.

While Pelini's buyout was expected to be costly for LSU — about $5.2 million — as dictated by his guaranteed three-year, $2.3 million contract, he instead agreed to receive a one-time payment rather than the full liquidated damages in his contract. The exact amount was not detailed.

Several times this season, Orgeron expressed frustration and disappointment in the defense's discipline and schemes, although the criticism often came along with a belief that their overall performance could improve.

Aside from bright spots against Arkansas and Texas A&M, LSU's defense recorded historic lows statistically, from the record 623 yards passing allowed in the Mississippi State opener to the most points ever scored by Alabama against LSU.

LSU offensive coordinator Steve Ensminger will retire from on-field coaching, the university announced Tuesday, moving toward an analyst role after spending the past three seasons leading the Tigers offense.

The 62-year-old assistant had just finished the first year of a contract extension that was set to pay him $1 million per year through 2022.

Like Pelini, Scott Linehan's time in Baton Rouge is ending after just one season, according to sources.

The 57-year-old Linehan is due the full remainder of his two-year, $800,000 per year contract — entitling him to a buyout of approximately $1 million.

LSU's offense was often inconsistent during the season. After Myles Brennan's season-ending injury, the Tigers scored just 25.1 points per game the remainder of the season, which included a dismal four-game stretch against Auburn, Arkansas, Texas A&M and Alabama in which LSU averaged 13 points per game.

More staff changes are coming within the LSU football program.

Bill Busch is not coming back to Baton Rouge next season, according to sources.

Busch has been with the Tigers since 2018, helping coach former safety Grant Delpit to back-to-back first team All-America seasons in 2018 and 2019.

The university's bio for Busch says he was instrumental in recruiting Heisman Trophy winner Joe Burrow to LSU, as well as other highly-recruited players such as nose tackle Siaki Ika.

Now that LSU's 2020 football season is over, what's next?

Bill Johnson is reportedly retiring rather than finishing out his contract with LSU.

Johnson is best known for coaching in the NFL, working with both the New Orleans Saints and Los Angeles Rams. He was also Orgeron's mentor, coaching him at Northwestern State in the early 1980s and helping him breaking into coaching at Northwestern, McNeese State and Miami.

Johnson's departure, along with Pelini's and Busch's, leaves cornerbacks coach and recruiting coordinator Corey Raymond as the only defensive coach left on the Tigers' staff.

Raymond signed a three-year extension with LSU earlier this year after turning down an offer from Jimbo Fisher to coach on his staff at Texas A&M.

It’s almost guaranteed that at some point, every year during the NCAA’s early signing period the subject of in-state recruiting vs. out-of-sta…