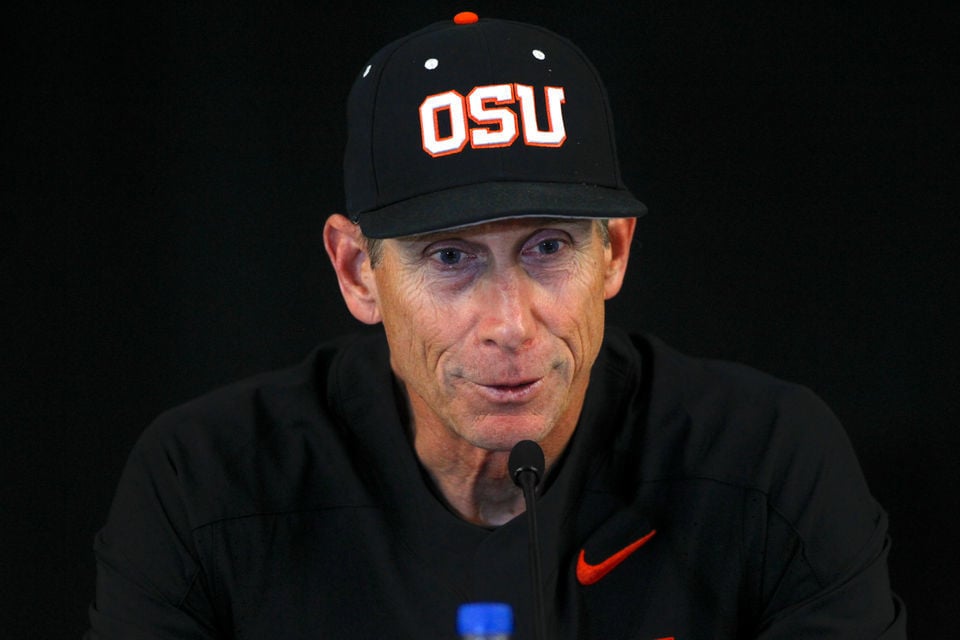 Oregon State coach Pat Casey speaks with the media following the Beavers' 14-1 win over the LSU Tigers in the Corvallis Regional of the NCAA baseball tournament on Saturday, June 2, 2018. Sean Meagher/Staff 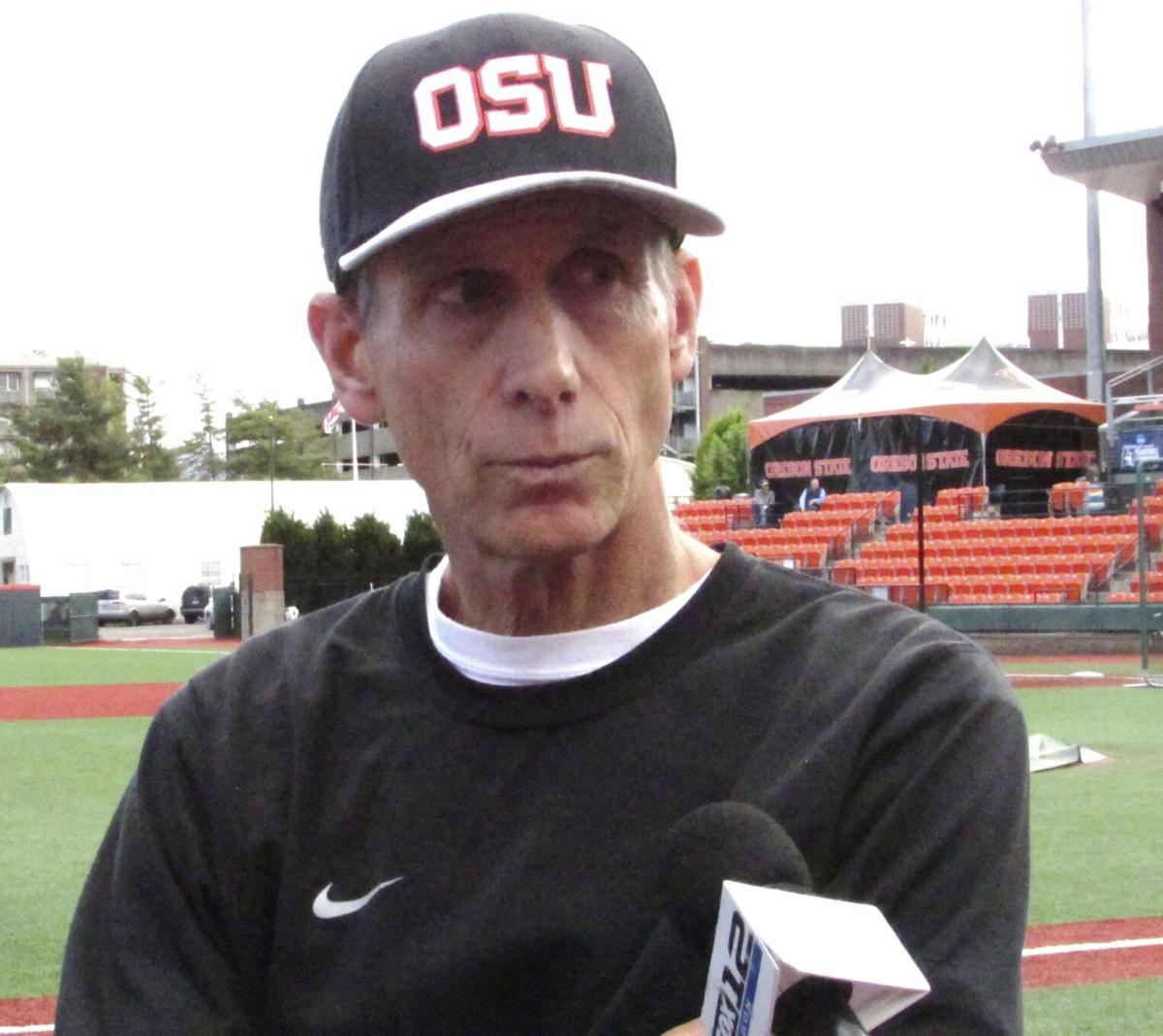 Oregon State coach Pat Casey speaks with the media following the Beavers' 14-1 win over the LSU Tigers in the Corvallis Regional of the NCAA baseball tournament on Saturday, June 2, 2018. Sean Meagher/Staff

Former Oregon State baseball coach Pat Casey, who won three national titles but retired with a complicated legacy, visited Baton Rouge and is a candidate to take over as LSU's next coach, a source confirmed to The Advocate.

LSU has not yet hired a replacement for Paul Mainieri, the 63-year-old coach who will retire at the end of this season, his 15th with the Tigers. LSU plays this weekend in the NCAA super regional at Tennessee.

Over the course of the season and into the super regional this weekend, LSU’s players have started referring to themselves as “Road Dogs” beca…

Casey did not respond to a request for comment.

At the time of his retirement, Casey said he believed he didn’t have the same level of energy as before.

“I think it was the right time for me to walk away,” Casey said on the podcast, which was posted May 25. “Who knows? I don’t think that I’ll ever say that I’ll never coach again. I can just tell you I don’t go to bed at night thinking I should or I shouldn’t right now. But who knows.”

LSU to face Tennessee in Super Regional: Here are 5 things to know

After winning its regional, LSU will face Tennessee in Knoxville in the super regional round of the NCAA tournament. Here's a look at five storylines we're watching.

Eventually a five-time national coach of the year, Casey took over as Oregon State’s coach in 1995. His teams began to excel about 10 years later, and Casey reached the College World Series for the first time in 2005. Oregon State then won back-to-back national titles in 2006 and 2007.

While an accomplished coach, Casey drew criticism for the way he handled Oregon State pitcher Luke Heimlich, who pleaded guilty in 2012 to one felony count of child molestation of his niece when he was 15 and she was 6.

Heimlich admitted so in a handwritten statement in an open juvenile courtroom in Washington state.

Heimlich later denied the accusation, saying in a 2018 Sports Illustrated story that he “accepted a plea deal only to avoid a trial and jail time and to keep his schooling and baseball on track.”

Heimlich's criminal record was supposed to remain sealed as part of the plea agreement, but a clerical error allowed The Oregonian/Oregon Live to discover the records when it searched his name in a public records database while conducting a routine background check about the star pitcher during the 2017 postseason.

Heimlich said, according to SI, he never discussed the matter with Casey until just before The Oregonian published its story.

After Heimlich withdrew from Oregon State’s College World Series roster, Casey said: “I can just tell you that he is a fine young man and every second that he’s been on this campus, on and off the field, he’s been a first-class individual, one that his family should be proud of, your community should be proud of, our team is proud of. I believe in Luke.”

Oregon State allowed Heimlich to return the next season and rejoin the baseball team, with support from Casey and then-president Ed Ray. Projected as a first- or second-round prospect before the legal matter came to light, Heimlich went undrafted and unsigned in 2018.

Casey retired that summer, shortly after his third national title.

LSU outfielder Mitchell Sanford likely 'out for the year' with back injury, Paul Mainieri says

Sophomore outfielder Mitchell Sanford, one of LSU's primary backups, injured his back during the NCAA regional and will likely miss the rest of the reason, coach Paul Mainieri said.