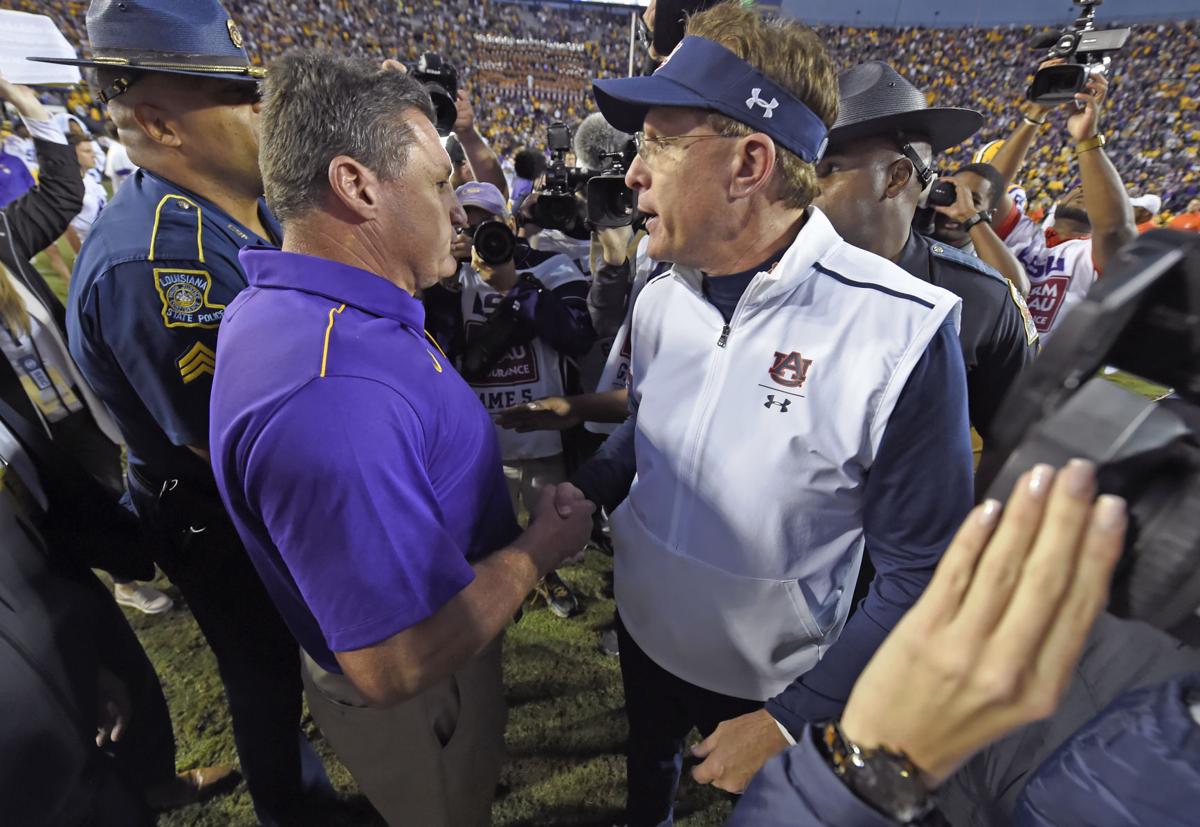 Eddie Fuller grabs the winning touchdown pass in the back of the end zone to beat Auburn in the Earthquake Game in 1988. 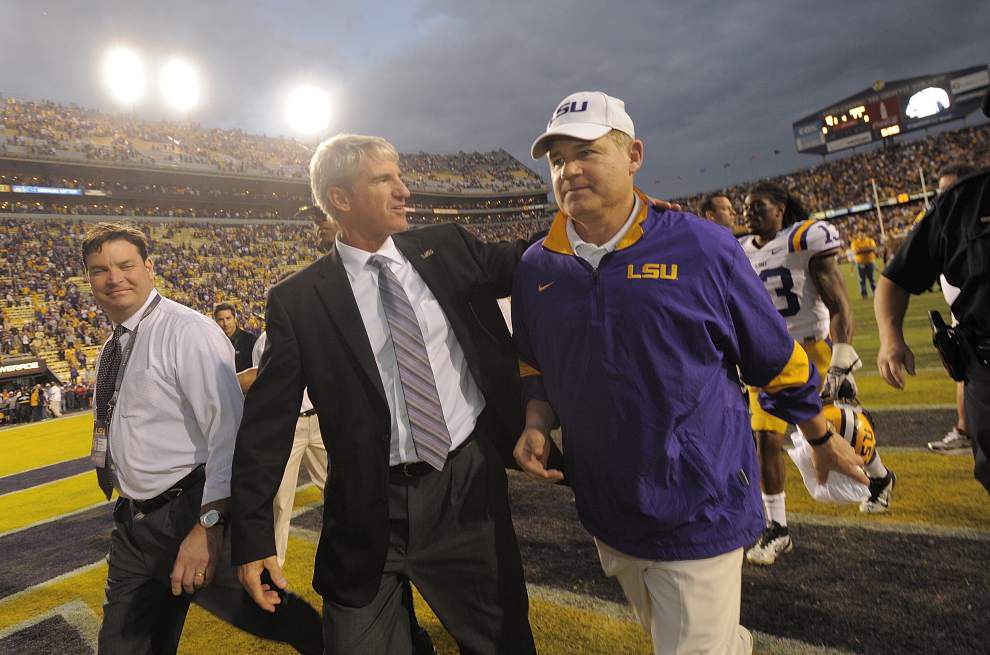 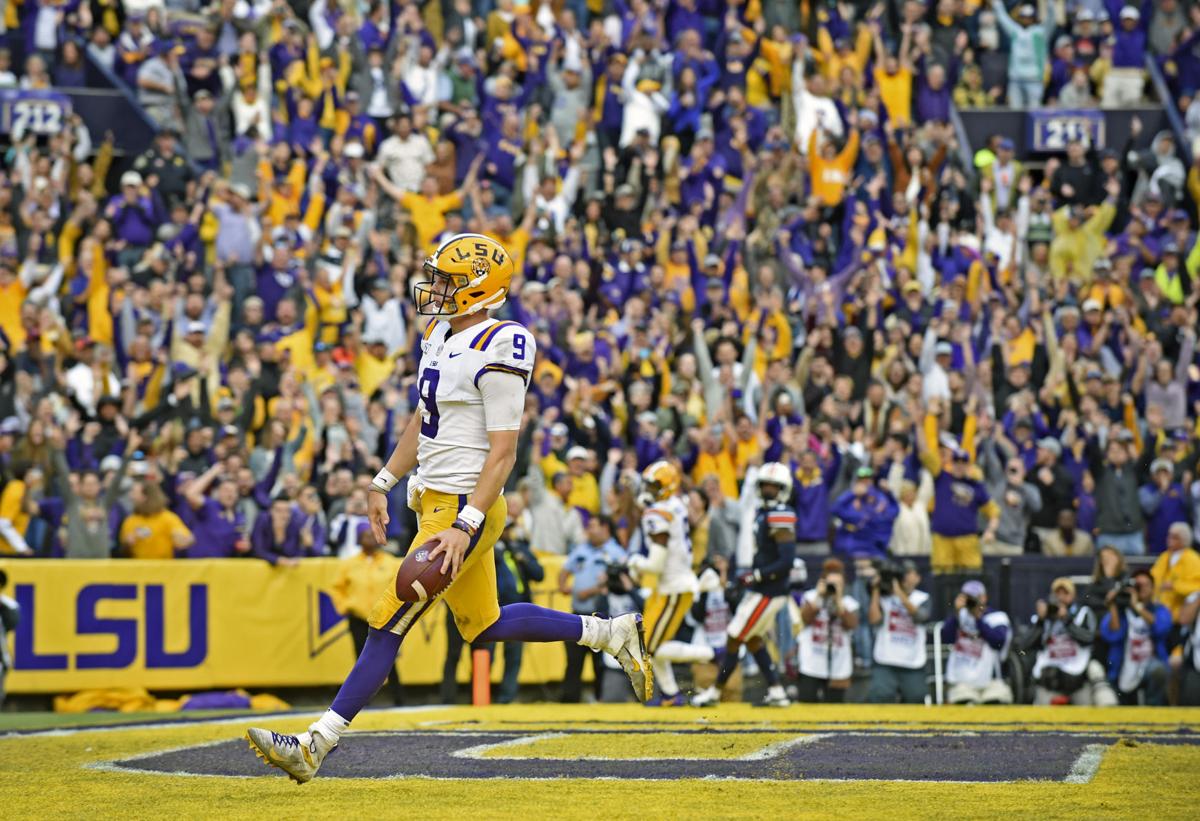 LSU quarterback Joe Burrow (9) runs the ball into the end zone for the touchdown in the second half of LSU's 23-20 victory over Auburn, Saturday, October 26, 2019 at Tiger Stadium. 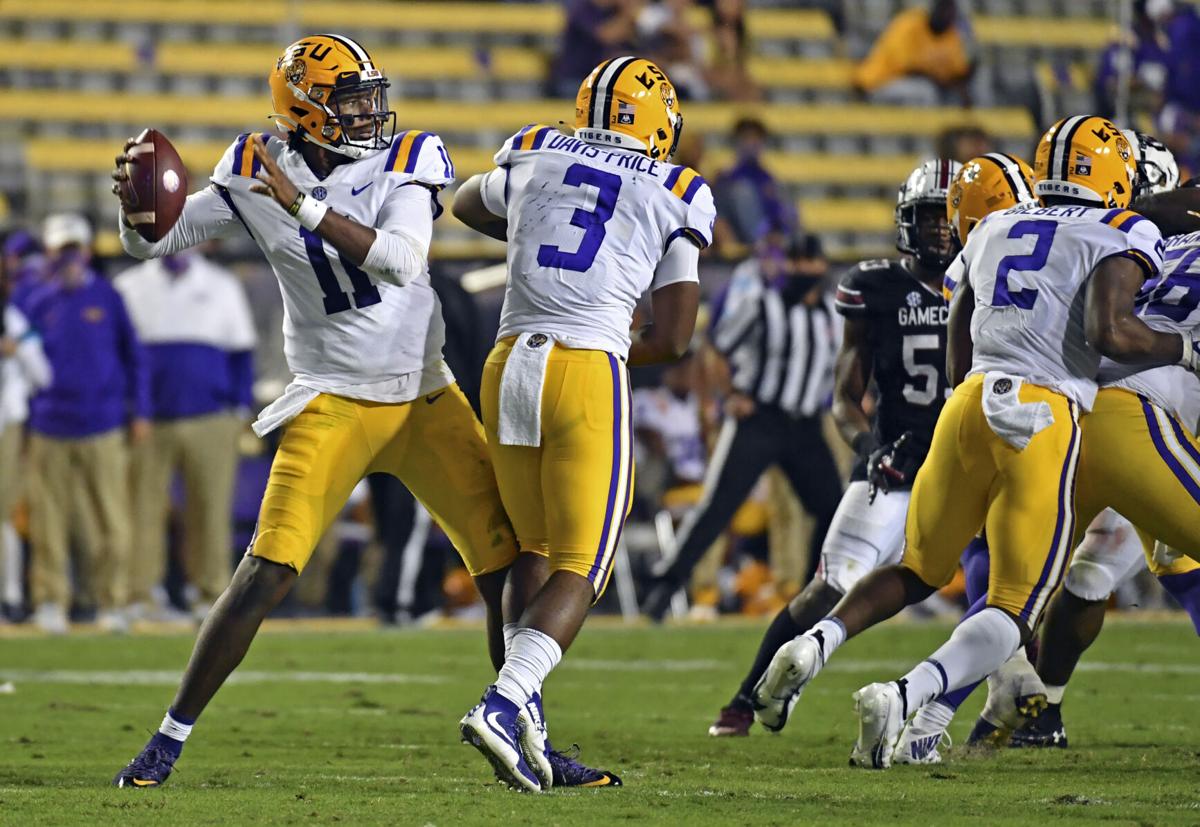 LSU quarterback TJ Finley (11) drops back to pass in the first half against South Carolina, Saturday, October 24, 2020, at Tiger Stadium in Baton Rouge.

Eddie Fuller grabs the winning touchdown pass in the back of the end zone to beat Auburn in the Earthquake Game in 1988.

LSU quarterback Joe Burrow (9) runs the ball into the end zone for the touchdown in the second half of LSU's 23-20 victory over Auburn, Saturday, October 26, 2019 at Tiger Stadium.

LSU quarterback TJ Finley (11) drops back to pass in the first half against South Carolina, Saturday, October 24, 2020, at Tiger Stadium in Baton Rouge.

What have the last seven or eight months brought us? A quick check list:

A pandemic wreaking pain and death around the globe.

Wildly disrupted and reshuffled sports schedules (A 10-game all-Southeastern Conference schedule? The Masters in November? The 2020 Olympics in 2021?)

And, Tuesday, probably the most polarizing presidential election of our lives.

What a perfect time for an LSU-Auburn game on Saturday.

Trick or treat? Depends on which Tigers you lean to on the SEC version of the political spectrum (the Missouri Tigers are still outliers and probably always will be).

So far, the 2020 season hasn’t been much of a treat for either LSU or Auburn.

LSU, to its credit, is coming off its most impressive win of the season, a 52-24 handling of South Carolina. And this with a freshman quarterback, TJ Finley, making his first and emergency start in place of the injured Myles Brennan. Impressive start, at that, which has qualified as LSU’s best treat since the CFP championship win over Clemson.

But the tricks have been plentiful, too, starting with Brennan’s abdominal injury forcing the Finley starts and a sieve-like defense. It says a lot for how bad LSU’s defense has been that giving up 24 points and seven big plays of 21 yards or more against South Carolina counts as progress.

While both teams are unranked coming into their annual game for the first time since 1999, Auburn has to rank as the most unimpressive 3-2 team in America. The most 1-4 looking 3-2 team in the land. Those Tigers might be in a total tailspin were it not for two controversial calls going their way. The Southeastern Conference had to stand on its head (hockey term) to explain away Bo Nix’s backwards spike against Arkansas not being a fumble (an explanation of tax code would be more straightforward). And the SEC didn’t even try to justify why there was no review Saturday against Ole Miss when a kickoff seemed to flick off the finger of Auburn return man Shaun Shivers and roll into the end zone, a blunder that led to Auburn driving for the game-winning touchdown in a 35-28 win. They just owned the blunder and tried to move on.

And yet, Auburn’s survival instincts as we have seen have to count for something in this rivalry. The prospect of something else weird happening in this series always seem to take on a higher degree of probability than when LSU is playing anyone else.

We’ve seen the Earthquake Game. The Cigar Game. The Night the Barn Burned. The Pick Six Game. And, last year, the closest call for LSU in its run to that perfect 15-0 record, a 23-20 win over Auburn in Tiger Stadium.

Even a Massachusetts native and Harvard transfer like LSU center Liam Shanahan knows there’s a little extra juice in the annual LSU-Auburn showdown.

“For some reason or another, LSU-Auburn is always a huge game,” he said. “I’ll be glad to be a part of it and hopefully write another successful chapter in it for LSU.”

Different teams, though, from 2019. Amid much different times.

LSU and Auburn come into this one trying to avoid a third defeat with some mighty difficult games still to play (Alabama, Texas A&M and Florida for LSU; A&M and Alabama for Auburn). Both have reasons for optimism and for worry.

For LSU, the worry starts with whether Brennan will play (only a miracle says he will) and how well Finley can handle even a hostile-lite crowd on the road as he’ll play in front of in attendance-reduced Jordan-Hare Stadium.

The biggest worry, of course, continues to be on defense. LSU has been gashed by the run (an Auburn staple) and big plays in the air, an SEC-worst 17 plays of 20 yards or more. And Auburn wide receiver Seth Williams leads the conference with 10 catches of 20-plus yards. Math always scares me and I know this math must really put a Halloween fright into Ed Orgeron and defensive coordinator Bo Pelini.

That’s the bad for LSU’s defense. But where there is famine there is also a feast if you look closely. LSU leads the SEC in sacks, tackles for loss and is tied for first with Arkansas in turnover margin. LSU is also a surprising third in red zone defense behind Arkansas and Kentucky, which may be a function of how many big-play scores it has allowed. Still, Auburn is also third-worst in the SEC in sacks allowed, a stat unlikely to improve against LSU (freshman BJ Ojulari leads the league with four sacks) after starting right guard Brandon Council was lost for the season with a knee injury against Ole Miss. Auburn for all of Williams' prowess and Tank Bigsby's running ability has had a hard time putting together drives at times, an area where LSU's offense has been proficient.

What does it all add up to? The team that makes the fewest mistakes — and perhaps gets the most calls — will be the winner Saturday. One side will be happy, the other deflated, and perhaps even outraged.

What you need to know about LSU-Auburn: Predictions, SEC ratings, betting line and more

LSU is all set for another game against Auburn — pound-for-pound, perhaps the wildest series LSU plays each season (do burning buildings, eart…

The remarkable story of Terrace Marshall Jr.: How LSU's star receiver has emerged from the shadows

The alarm sounded and Terrace Marshall rose in the early morning, prepared to jog once again alone.