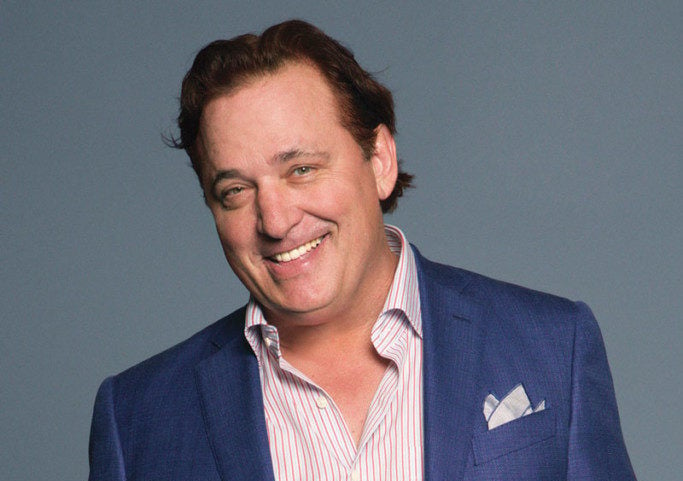 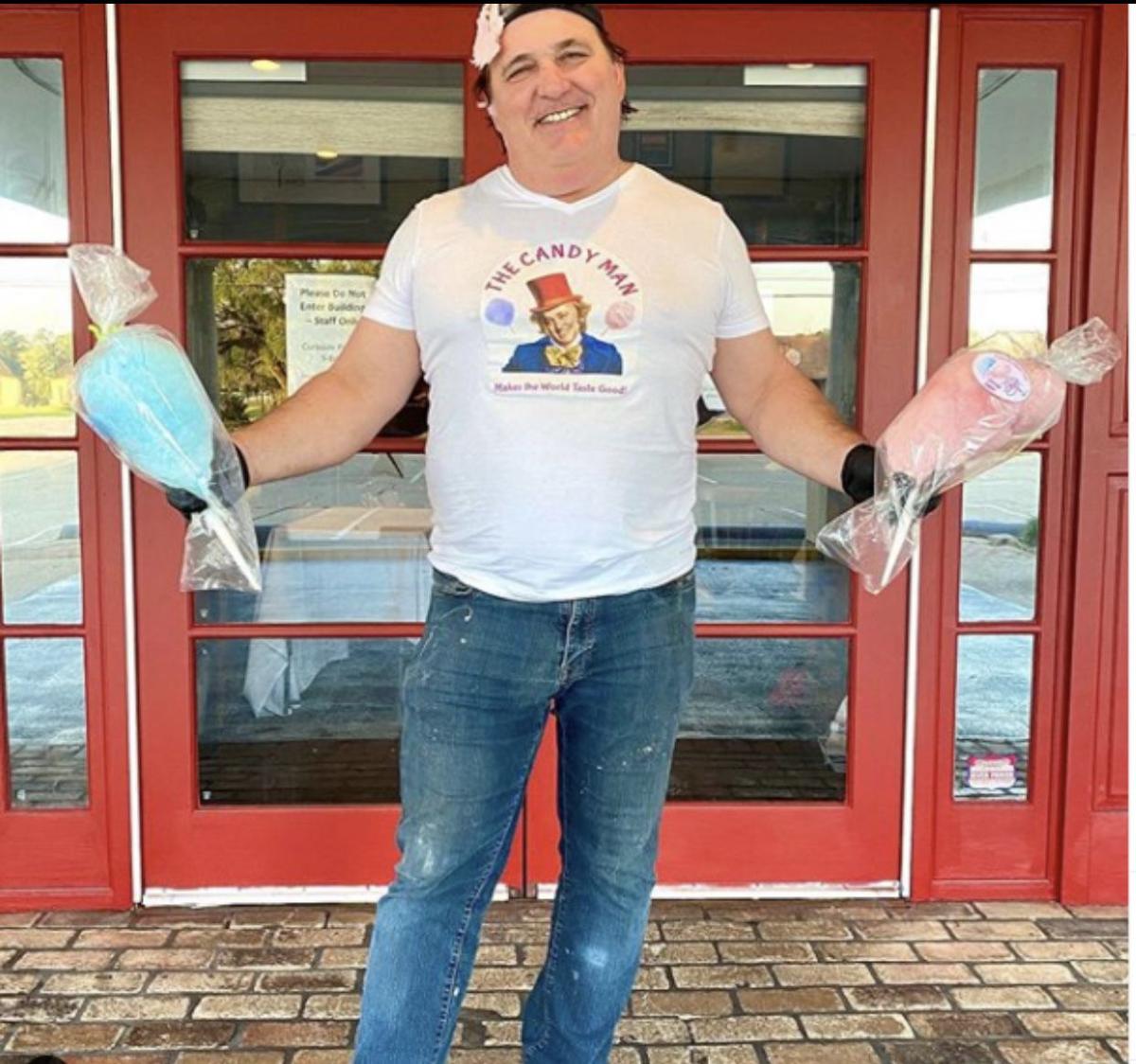 The late Ruffin Rodrigue, owner of Ruffino's, made cotton candy in his office, which was included in every takeout order.

The late Ruffin Rodrigue, owner of Ruffino's, made cotton candy in his office, which was included in every takeout order.

When they played for LSU, teammates, roommates and ultimately best friends who were the best men in each other’s weddings, Gordy Rush remembers Ruffin Rodrigue’s father Ruffin Sr., himself a former Tiger, waiting for the team outside the stadium.

When his beloved Tigers beat Alabama last year in Tuscaloosa 46-41, snapping LSU’s odious eight-game losing streak to the Crimson Tide at what ultimately proved to be the perfect time for the eventual national champions, Ruffin Rodrigue was outside Bryant-Denny Stadium, drinking in the sweet victory like a fine wine from one of his restaurants.

“He was at every football game,” Rush said. “He would wait for the team. He loved the purple and gold.”

Rodrigue died Nov. 25, the day before Thanksgiving, a week and a half short of this year’s rescheduled game with No. 1-ranked Alabama on Saturday.

The Tigers are a huge underdog in this one to the mighty Crimson Tide. They will have to get by without Rodrigue, owner of Ruffino’s restaurants in Baton Rouge and Lafayette, cheering and hollering and urging his beloved team on from the Tiger Stadium suite he shared with fellow well-known local restauranteurs, Brandon Landry from Walk-On’s and Todd Graves from Raising Cane’s.

But Landry figures the Tigers may be getting help from his friend somehow.

“I told Todd over the weekend we need to bet heavy on the Tigers,” Landry said, “because you know God is going to get an earful from Ruffin all week upstairs.”

Graves said watching a game with Rodrigue was an event.

"Whether we were winning by 30 or completely out of the game his passion was the same," said Graves, Raising Cane's founder and CEO. "He could see plays and calls that most wouldn't notice.

"While we were jumping up and down in Jordan-Hare Stadium in Auburn (in 2016) when LSU scored to win the game as time expired, Ruffin stood there with his arms crossed. He said we didn't get the play off in time and pointed to the clock."

For Alabama week, the texts would start Tuesday from Rodrigue, Landry said. Urgent, and superstitious.

“This is where we sat last year.”

Like a seat mattered in the suite they labeled “BTR” for Brandon, Todd and Ruffin, Landry said.

“I don’t know why he needed a seat because he’d be on the bottom step on the railing,” Landry said.

If it wasn’t for Rodrigue, said Landry, Walk-On’s CEO and co-founder, he wouldn’t be in the restaurant business. Landry’s first job after he playing basketball at LSU was as a waiter at DiNardo’s, the restaurant named for then LSU football coach Gerry DiNardo. Ruffin ran the front of the restaurant while chef Peter Sclafani ran the kitchen. After DiNardo was fired and left town, the restaurant eventually took on a version of Rodrigue’s name.

“There was no one better on this planet than Ruffin at making people feel special.”

That even extended to his famously dreadful tableside croonings of “Happy Birthday.”

“No matter how bad someone thought that birthday song was,” Landry said, “they wanted him to sing it to them.”

Rodrigue’s Highland Road restaurant drew the famished and the famous, especially sports personalities in town to broadcast an LSU game.

“He built a special bond with (ESPN’s) Rece Davis and Kirk Herbstreit and Chris Fowler,” Rush said. “Herbstreit rated it as one of his top restaurants on the road. It was a little bit of Hollywood.”

“He was famous for name dropping,” said WNXX-FM 104.5 sports radio talk show host Charles Hanagriff, who has done hundreds of remote broadcasts from Ruffino’s over the years. “Nothing pleased him more than to say that Kirk and Chris and Rece were in the restaurant last night, or Tim Tebow was in the restaurant the night before.”

There was such a bond there, Landry texted the ESPN “College GameDay” crew last week to let them know of Rodrigue’s death. During Saturday’s show, just after a preview of the LSU-Texas A&M game, Davis mentioned Rodrigue’s passing on the air.

“It shows how much he was respected in the world of football,” Landry said, “what he brought to the game and what surrounds the game.”

“It was because he loved to entertain,” Hanagriff said. “To be hospitable. It was his way of saying, ‘We’ve got great food, a great football team, a great state. Don’t believe all the negative stats about us.’

“There was nothing phony about that guy. He was genuine.”

For a personality as big as Rodrigue, for as big a friend as he was to so many, saying goodbye took two services. There was one Tuesday at St. James Episcopal Church in Baton Rouge, another Wednesday in Rodrigue’s hometown of Thibodaux. Rush and Graves presented the eulogy.

Saturday, Tiger Stadium will have only a fraction of the crowd typical of an Alabama game because of coronavirus limitations. It will seem even emptier without Rodrigue there urging his Tigers on.

Graves said he isn't sure if he can bear going with out his friend, but knows Rodrigue would be mad at him if he doesn't.

Besides, there will be a Ruffin story to tell … or 10.

“Everyone in three states on each side of Louisiana has a Ruffin story,” Landry said. “We have hundreds. It’ll be good to talk about the great times.”

And the funny ones.

"I saw him accidentally kick a Bama fan's cell phone six rowys down into a large cup of Coca-Cola over a disputed call while he stomped around in disapproval," Graves said. "Only he could stay friendly with that guy."

Friends react to unexpected death of Ruffino's founder, 53: 'There’s no way you couldn’t love him'

Ruffin Rodrigue Jr., a former LSU football player who opened the Ruffino's restaurants in Baton Rouge and Lafayette, died unexpectedly from a …