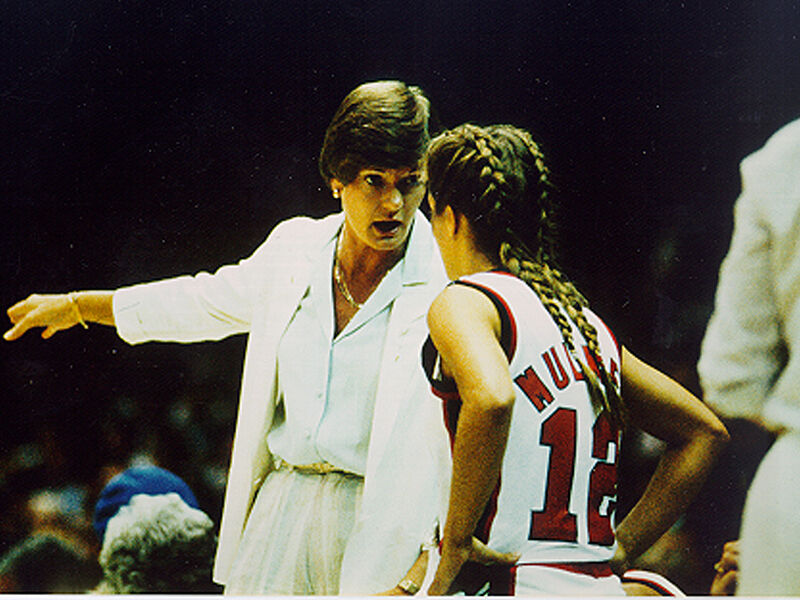 Pat Summitt gives instructions to Kim Mulkey during the 1984 Olympics in Los Angeles. 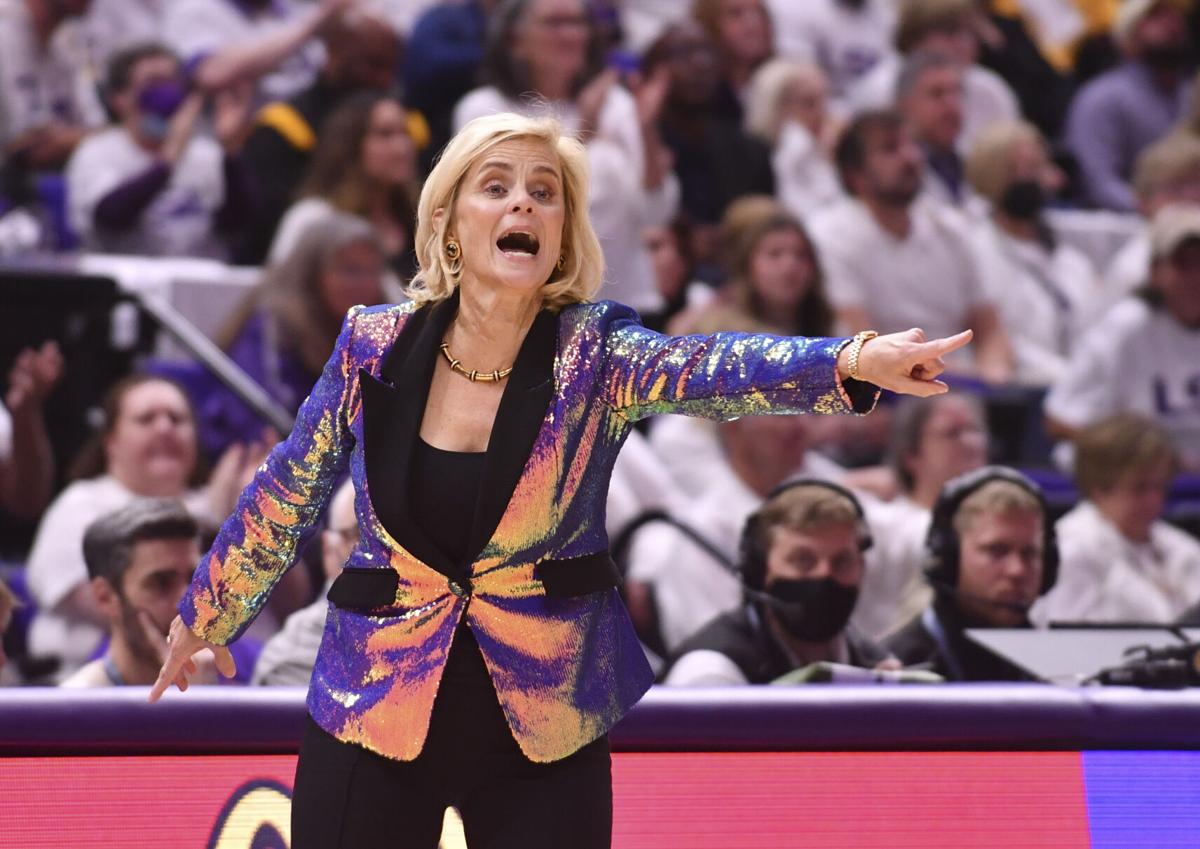 Pat Summitt gives instructions to Kim Mulkey during the 1984 Olympics in Los Angeles.

The LSU women’s basketball team is on a roll in its first year under coach Kim Mulkey. Sunday, her Tigers take their surprising 16-2 record and even more surprising No. 12 national ranking into their next Southeastern Conference game against Vanderbilt.

The contest marks LSU’s home game in the SEC’s annual “We Back Pat” week. This is the 10th anniversary of the league’s initiative, which aids the Pat Summitt Foundation in raising awareness and its fight against Alzheimer’s disease, which claimed the legendary Tennessee coach’s life six years ago.

Mulkey is known as a disciple of another legend, Louisiana Tech coach Leon Barmore. But there’s more than a little Summitt in her, too. Summitt was briefly her coach when Mulkey played point guard on the 1984 U.S. Olympic team that captured the Americans’ first gold medal in the sport. Their lives had intersections and parallels that were perhaps unique for both of them. The fondness for Summitt is still etched in Mulkey’s words.

“I could sit here and talk about Pat Summitt for a while,” Mulkey said. “And I think I will.

“When I was a player, we played Tennessee every year. And we beat them every year. Pat played everybody. She wasn’t afraid to play anybody. She said before her career was over, if the last thing she does it’s to beat Leon Barmore and Louisiana Tech.”

While on tour with the U.S. team in Taiwan, Mulkey woke up one morning thinking her Olympics was over before it began. She had a stress fracture in her foot.

“My immediate thought is, ‘I’ve worked all my life (for this), and now they’re going to have to pick up an alternate,’” She said.

Summitt summoned Mulkey to her hotel room and let her know she was staying.

“I will not pick up an alternate,” Summitt said. “You’ve earned the right to be on this team. And, the doctors tell me in four weeks you’re good to go.”

After the Olympics, Mulkey returned to Louisiana Tech and began her career as an assistant coach. A few years later, Tennessee was back in Ruston. Mulkey was pregnant with her first child, Makenzie. Summitt by then had a son, Tyler. Mulkey said she “cornered” Summitt before her team’s practice to ask her how she made it all work.

“Help me,” Mulkey asked Summitt. “Tell me how I can do this? How can I make this work?”

“She told me it could be done and told me all the things she did to get help as a mother and be a very good coach.

“Years go by and I go through my divorce, and years go by and she’s going through her divorce. And she called me and said, ‘I need your help.’ I thought to myself, ‘Wow. Pat Summitt is calling me about her divorce to help walk her through what to expect and how to handle it with the children and how to handle it financially.’ That’s the kind of relationship I had with her. I was not one of her players. I didn’t know her like the players did. I was not one of her assistants. But those moments will last forever.”

In 2011, Summitt she was diagnosed with early onset Alzheimer’s. She would retire at the end of the 2012 season. Her last game? A loss Mulkey and Baylor in the NCAA Des Moines regional final. Baylor, led by player of the year Brittney Griner, would finish 40-0 and win the second of three national titles under Mulkey.

“It was a bittersweet moment,” Mulkey said. “While we were happy, I realized that she was never going to coach again. How happy can you be for your team? I didn’t take any great pleasure in winning that game other than that you’re a competitor.”

Flash forward to 2016. It was near the end of the baseball regular season, and LSU was playing its second-to-last SEC series at Tennessee. Mulkey flew to Knoxville to watch her son Kramer Robertson play for the Tigers. While there, Kramer pestered her to go visit Summitt: “Mom, go see Pat. Go see Pat.”

“She was living in a facility and I didn’t want to see her,” Mulkey said. “I knew where she was health-wise. But he wouldn’t let up.

“Something that morning just told me, ‘Go.’”

Mulkey went. She remembers when Summitt was brought to see her she was drinking a purple Gatorade.

In June, Mulkey was awakened by a pre-dawn phone call. Summitt was dead. She was 64.

“She was a role model for me,” Mulkey said. “She was a mentor. Because our lives were very similar. Both as competitors, as former student-athletes, as coaches, mothers and divorced mothers.”

“There will never be another one like her. Ever. I don’t care how many championships anybody wins, she has done more for this sport. I was blessed to have been a very small part of her life. She was a very big part of my life.”

Sunday, Mulkey will try to lead her LSU team to another win. She’ll be going against another first-year coach, Vandy’s Shea Ralph, herself a former player under Geno Auriemma at Connecticut.