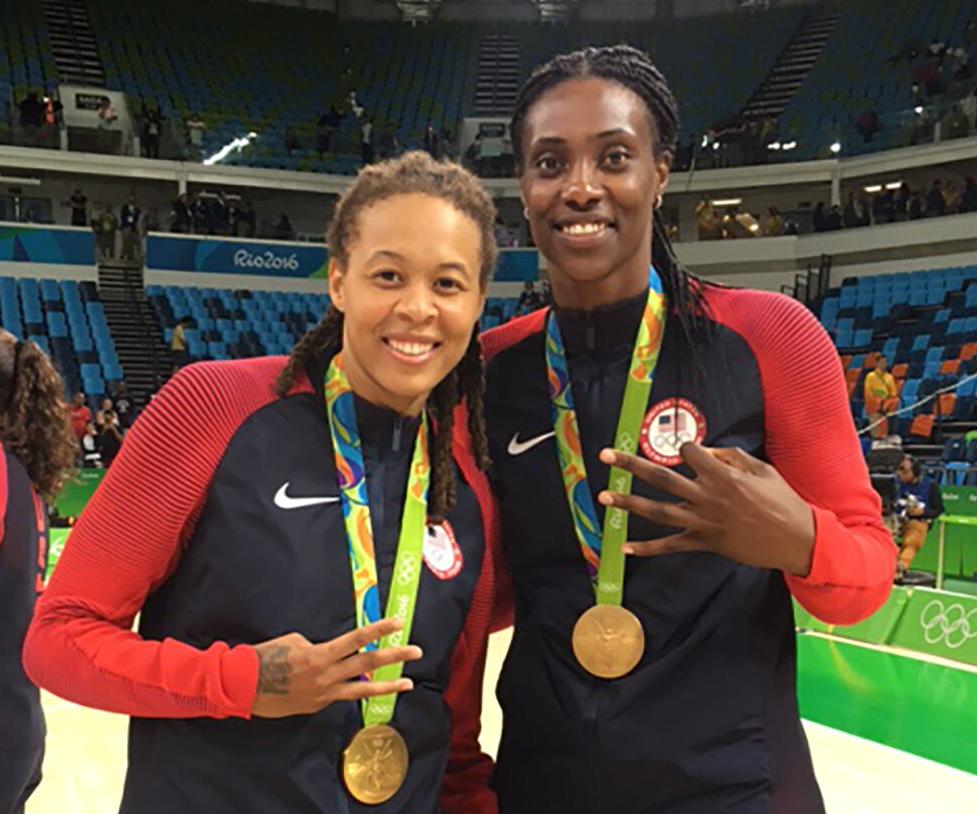 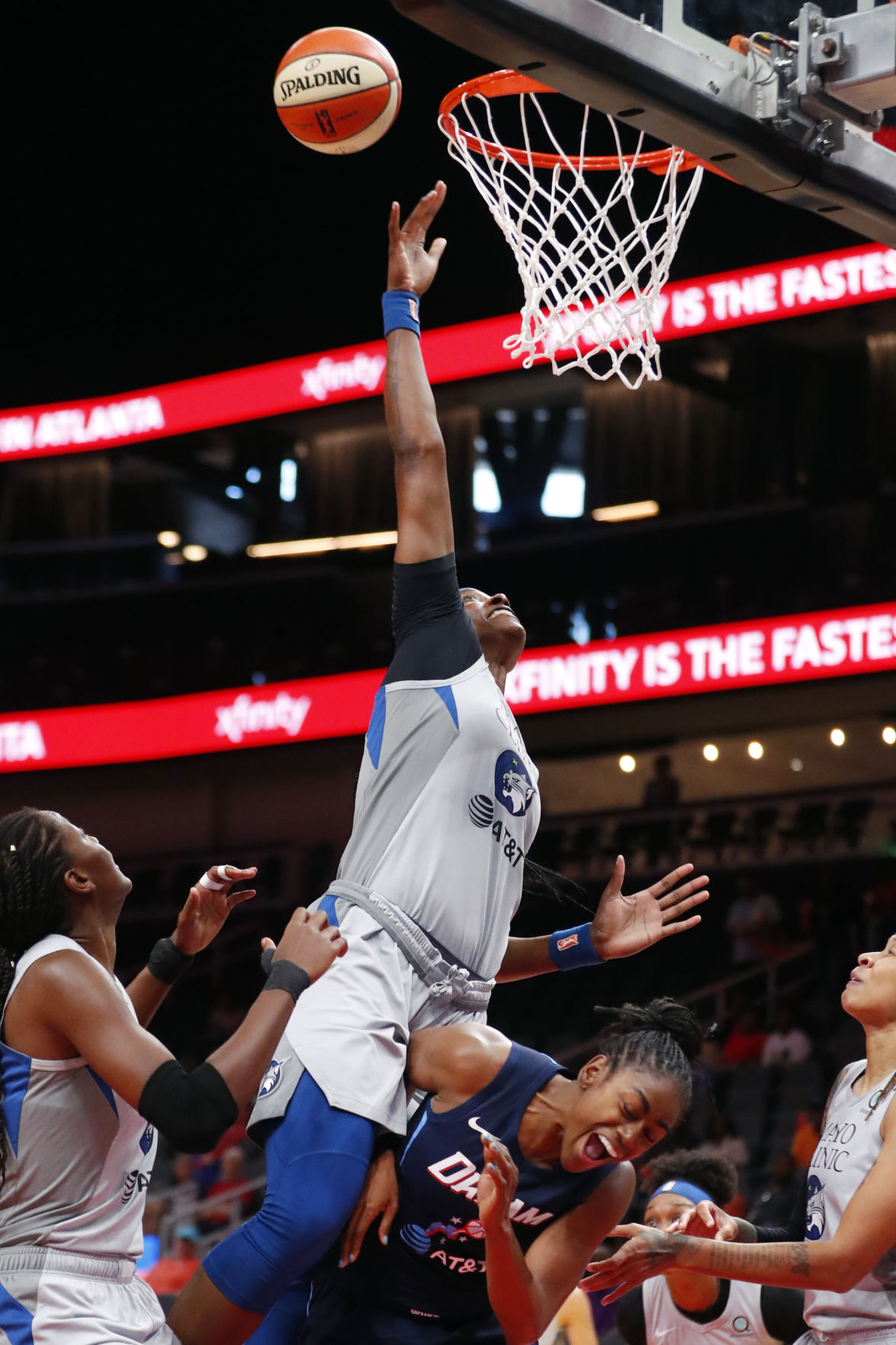 Minnesota Lynx center Sylvia Fowles goes over Atlanta Dream guard Tiffany Hayes for a shot during a WNBA game in Atlanta in this undated photo. 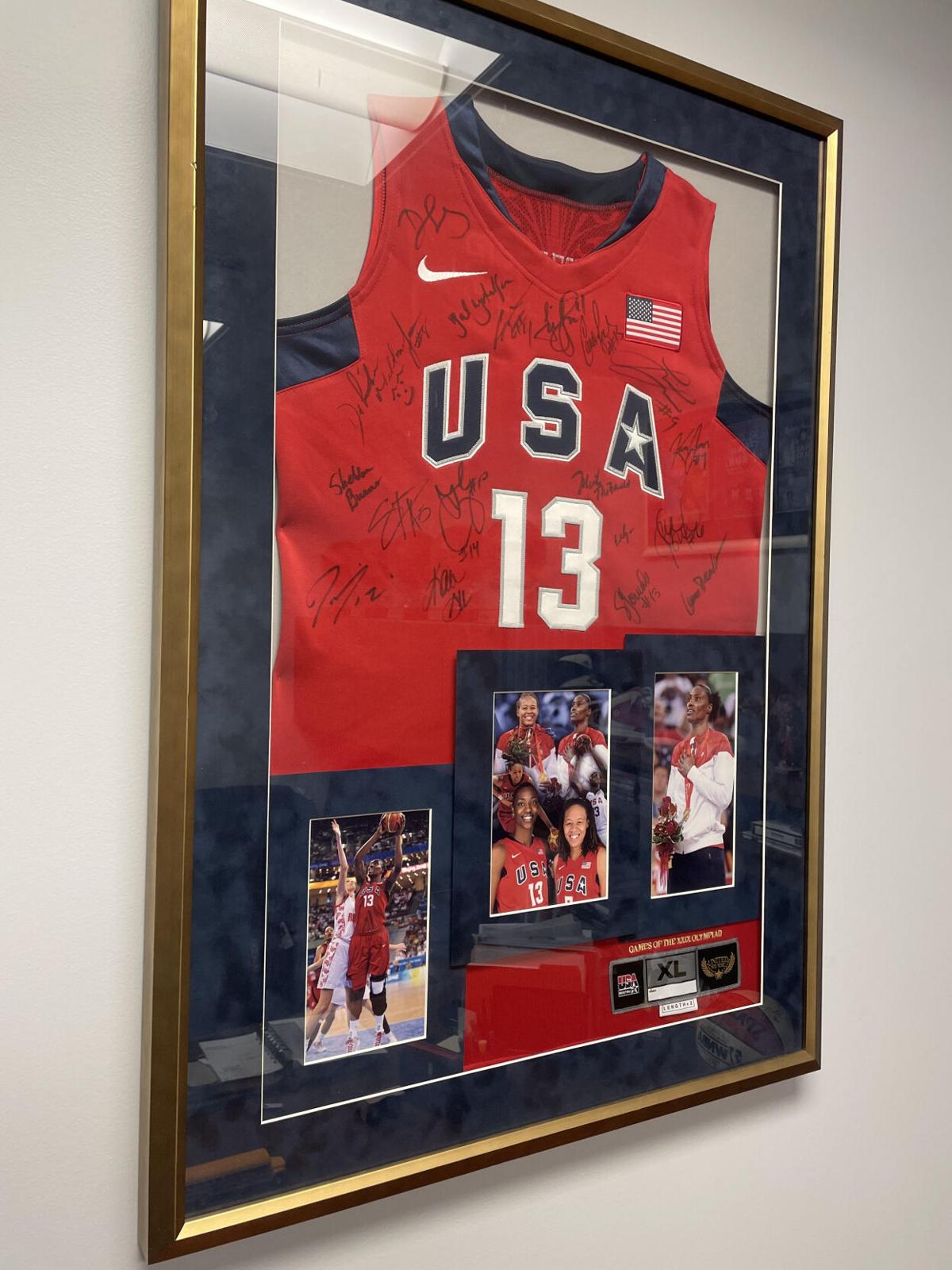 Minnesota Lynx center Sylvia Fowles goes over Atlanta Dream guard Tiffany Hayes for a shot during a WNBA game in Atlanta in this undated photo.

On the wall of Bob Starkey’s new office at Auburn is Sylvia Fowles’ framed jersey from her first Olympic Games in 2008.

“It’s the most phenomenal thing a player has ever given me,” said Starkey, the long-time LSU men’s and women’s basketball assistant from 1989-2011.

Augustus, the two-time national player of the year in 2005 and 2006, is widely and rightly regarded as the greatest player in LSU women’s basketball history and one of the greatest athletes in any sport to play in the purple and gold.

But in her own right, the 6-foot-6 Fowles is establishing a legacy that in some ways eclipses that of the great Augustus. Especially if Fowles can win a fourth gold medal with the U.S. team this year at the Tokyo Olympics.

A two-time WNBA champion with Augustus (now an assistant coach with the Los Angeles Sparks) and the Minnesota Lynx in 2015 and 2017, Fowles was the finals MVP both of those seasons. She was also the WNBA MVP in 2017 and has been a seven-time all-star in the league.

Last month in an 87-85 win at Atlanta, Fowles recorded an amazing stat line: 26 points, 19 rebounds, five blocks and two steals. It was her second career game with 25-plus points, 15-plus rebounds and at least five blocks, something no other player in WNBA history has done.

For decades, former WNBA and Olympic great Lisa Leslie has been regarded as the best center in women’s basketball. Though she is far from an unbiased source, Cheryl Reeve, Minnesota’s coach and general manager, recently said it’s time to regard Fowles as the WNBA’s best center ever.

Naismith Basketball Hall of Famer Van Chancellor has coached some great players in college, the WNBA and the Olympics. He led the Houston Comets to four straight WNBA titles, two of them with late UL great Kim Perrot running the point for his team, and led the Americans to a gold medal in the 2004 Athens Olympics. He later coached Fowles and LSU to the 2008 Women’s Final Four in the first of his four sesaons in Baton Rouge.

In some respects, Chancellor said, Fowles is definitely one of the all-time greats.

“Sylvia may have been the best rebounder and defensive post player I’ve ever been around,” said Chancellor, now retired and back living in the Houston area. “She was on another level as far as defensive anticipation. Later in her career she’s become a prolific scorer. She has great quickness. Most people don’t realize how well she runs the floor.”

Fowles was a highly prized prospect coming out of Miami in the mid 2000s. LSU had already established a recruiting pipeline to South Florida with players like All-American guard Marie Ferdinand and defensive specialist Scholanda Hoston Dorrell. As was the case with Augustus, who played at Capitol High School in Baton Rouge, Fowles’ recruitment came down to an LSU-Tennessee battle.

It was a battle LSU won almost before Starkey and then head coach Sue Gunter knew it.

“Back then you could call recruits once a week,” Starkey said. “Sylvia made her official visit (to LSU), went home, called Tennessee and told coach (Pat) Summitt she was going to LSU and didn’t want to waste her staff’s time by making an official visit there.

“The next day, Pat called Sylvia’s mom who told her she’d been talking to us two or three times a day. Pat got upset and called Sue. She said, ‘I’m surprised you’d bend the rules like that.’ Sue said, ‘We’re not calling her, she’s been calling us. We can’t get any work done.’ ”

It was back in her recruiting process that Fowles’ path to greatness began. Much of it had to do with Starkey pushing her, a big reason she got that first Olympic jersey that she so wanted him to have.

“I remember sitting with her in the PMAC at summer camp before her senior year in high school,” Starkey recalled. “I don’t tell all players this, but I told her she had a chance to change the game. A chance to be really special. She had God-given ability already. But if she worked hard and polished her craft there was not anything she couldn’t do.

“You could tell from her personality and attitude that’s exactly what she wanted to do from Day 1. Syl tells the story all the time of her first week at LSU and how I coached her so hard it reduced her to tears. But every night she’d call or text me to say, ‘Come at me tomorrow.’ She really wanted to be good.”

Fowles has been more than good. She’s been Hall of Fame great. Augustus is on a certain path for the Naismith Hall of Fame, but Fowles is all but certain to follow her.

And when she does, it may be with a fourth Olympic gold medal draped around her neck.

Louisiana athletes in Tokyo Olympics: Catch up with the local competitors going for the gold

One year late ... amid a state of emergency in Japan ... with few spectators — or, in most cases, none at all ... the Summer Games are upon us.