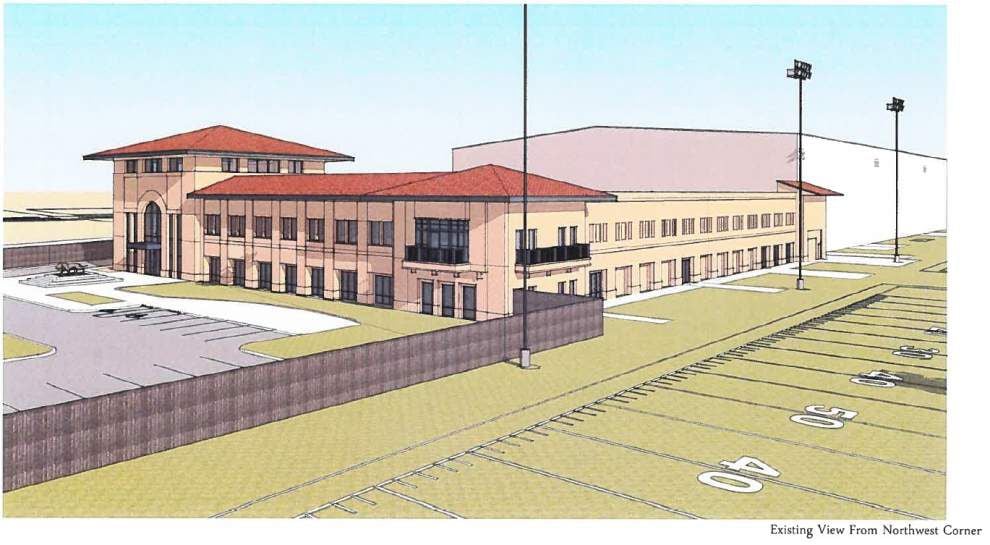 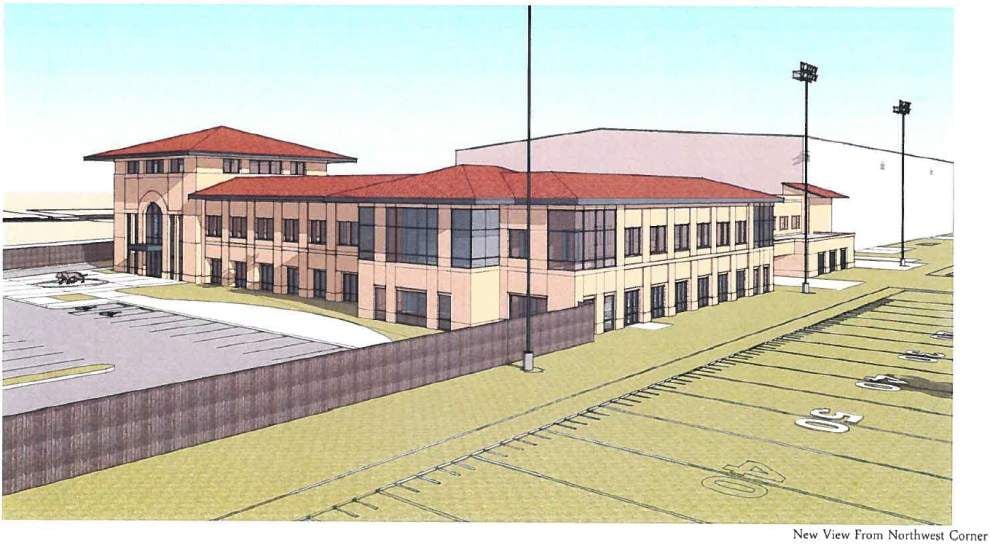 Rendering of LSU's renovated indoor facility (courtesy of LSU in JUne 2015). This rendering is likely to change, as the school now plans to attach a nutrition center onto the facility.

Rendering of LSU's renovated indoor facility (courtesy of LSU in JUne 2015). This rendering is likely to change, as the school now plans to attach a nutrition center onto the facility.

LSU has found a permanent home for its long-discussed athletic nutrition center, and work will begin after this football season.

The nutrition center will be attached to the football operations building, athletic director Joe Alleva said Monday at a Tiger Athletic Foundation Tiger Tour event in Baton Rouge. The news is no surprise, as officials said two weeks ago they were “aggressively” exploring the possibility of having the nutrition center included in the scheduled expansion to the football operations building.

The nutrition center, an athlete-only, glorified dining hall, would be one of several additions to the operations facility during a facelift of the 12-year-old building.

After the 2017 season, crews will begin renovating several aspects of the center, including coaches’ offices, the players’ lounge, locker room and training rooms. Coaches will have to work from temporary offices in trailers for several months, Alleva said. The renovations, including the addition of the nutrition center, are expected to last through the 2018 season, he said.

“Ten years ago, the football building was built and it was state of the art. It was the best in our league,” Alleva said. “Well, in the last 10 years, everyone else has built one or renovated one and ours is not the best anymore, and it needs to be.”

There’s a food court and, potentially, a sports bar coming to Tiger Stadium.

The renovation to the building, reported on a year ago, is the second of a two-phase plan to spruce up the facility. Phase 1, renovations to the weight room, was complete last summer. Original designs for phase 2 showed expansion and renovations out to the west side of the building, jutting out toward the team’s four practice fields.

The nutrition center has been a talked-about project for more than two years. A location for the center has taken a winding road.

Plans for a standalone building on Skip Bertman Drive were scrapped. Construction on that 22,500-square foot center was originally expected to begin last April before being put on hold amid proposed state budget cuts.

Officials then planned to house the center in a vacant floor of the south end zone addition to Tiger Stadium. LSU has raised at least $12 million for the project, the original cost of the standalone structure.

“This has been planned for a few years,” Alleva said of the center, which all athletes are expected to use. “I’m glad we’ve postponed it. NCAA rules have changed so much over the last few years that it’s changed the way we’ll look at the nutrition center. Ultimately, we figure the best place for this thing is near the football ops building. There will be parking area for athletes to get there. It will be a great recruiting tool.”

“What that’s going to bring to all sports and our players is give us a chance to be excellent,” LSU offensive coordinator Matt Canada said Monday. “That’s what everybody wants, what our players need and want. It will set us apart.”

Scott Rabalais contributed to this report.

Dave Aranda has the video tapes all ready for his freshman linebackers.

Soon, the Pete Maravich Assembly Ccenter could have more than just a new video board.