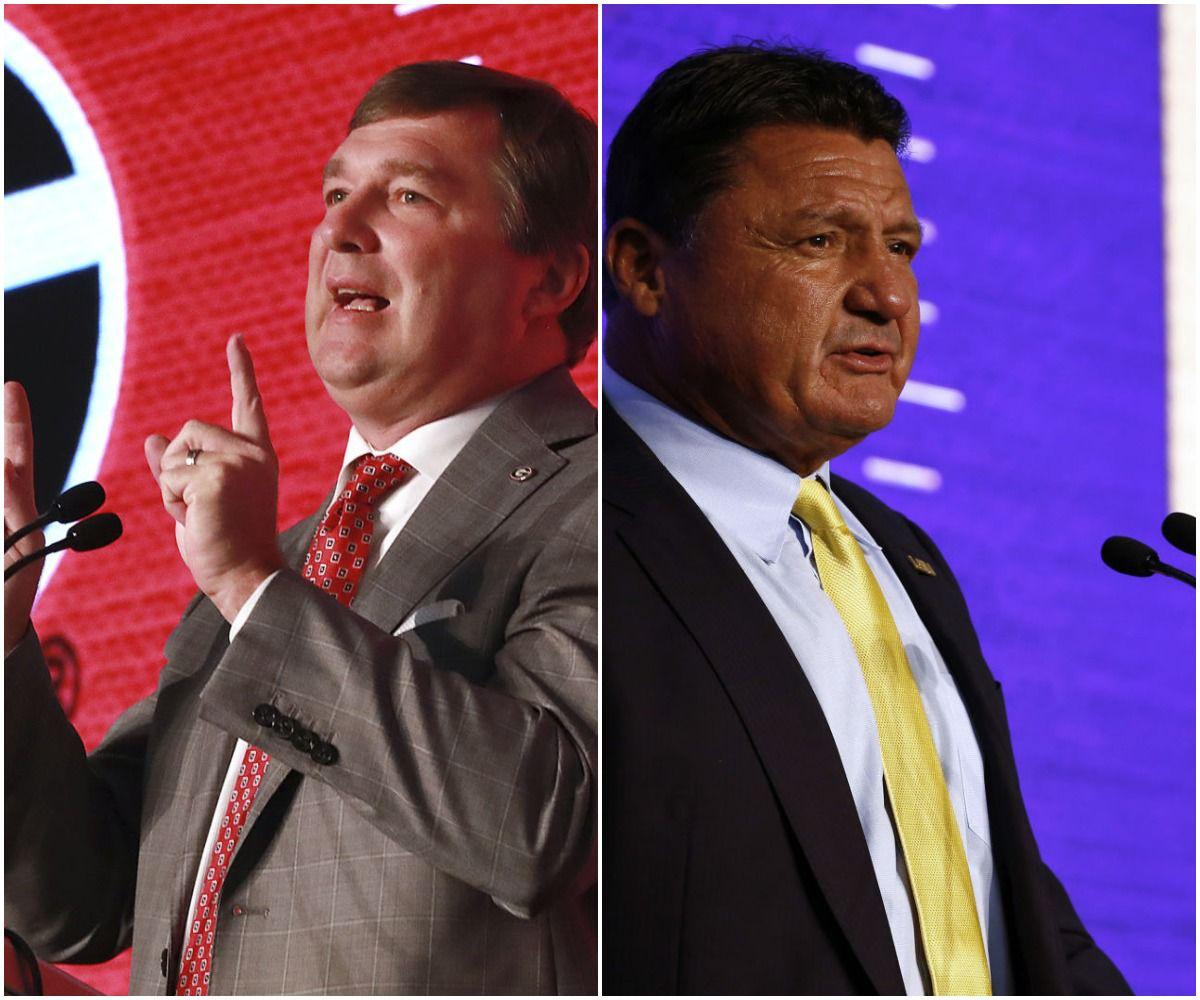 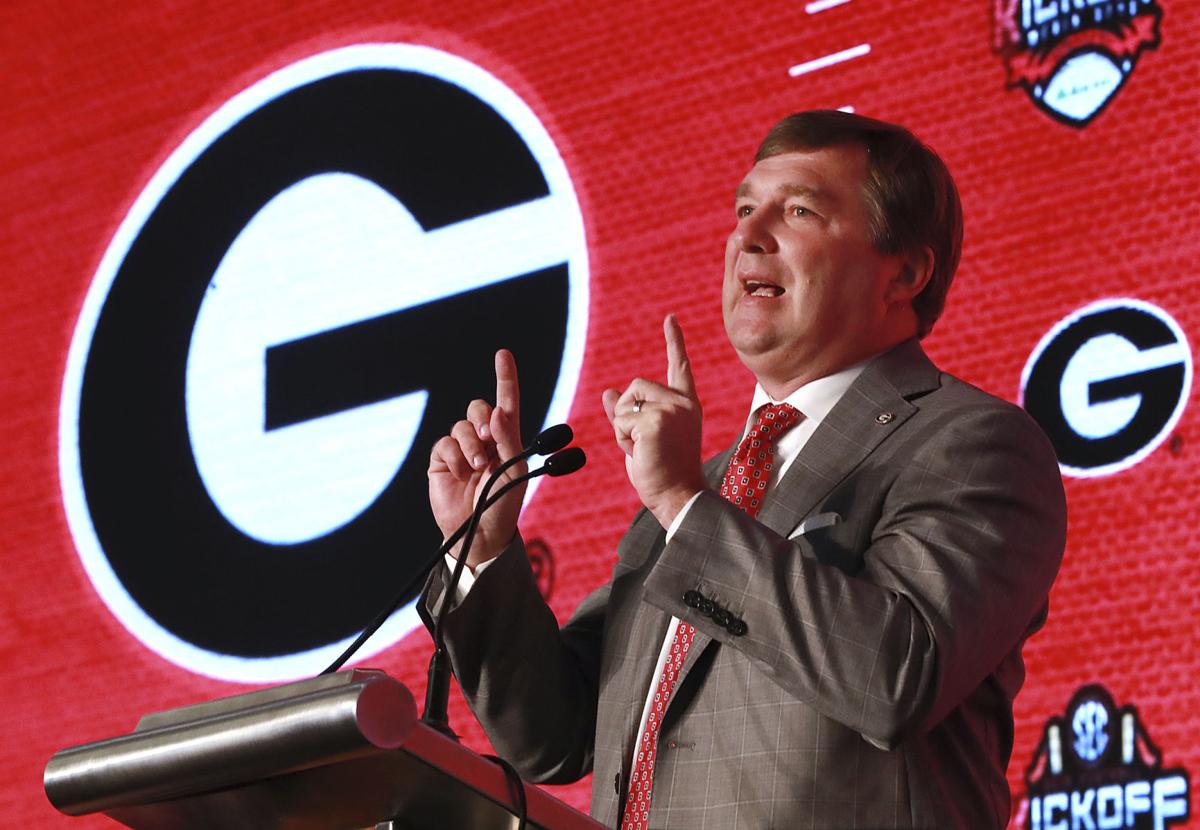 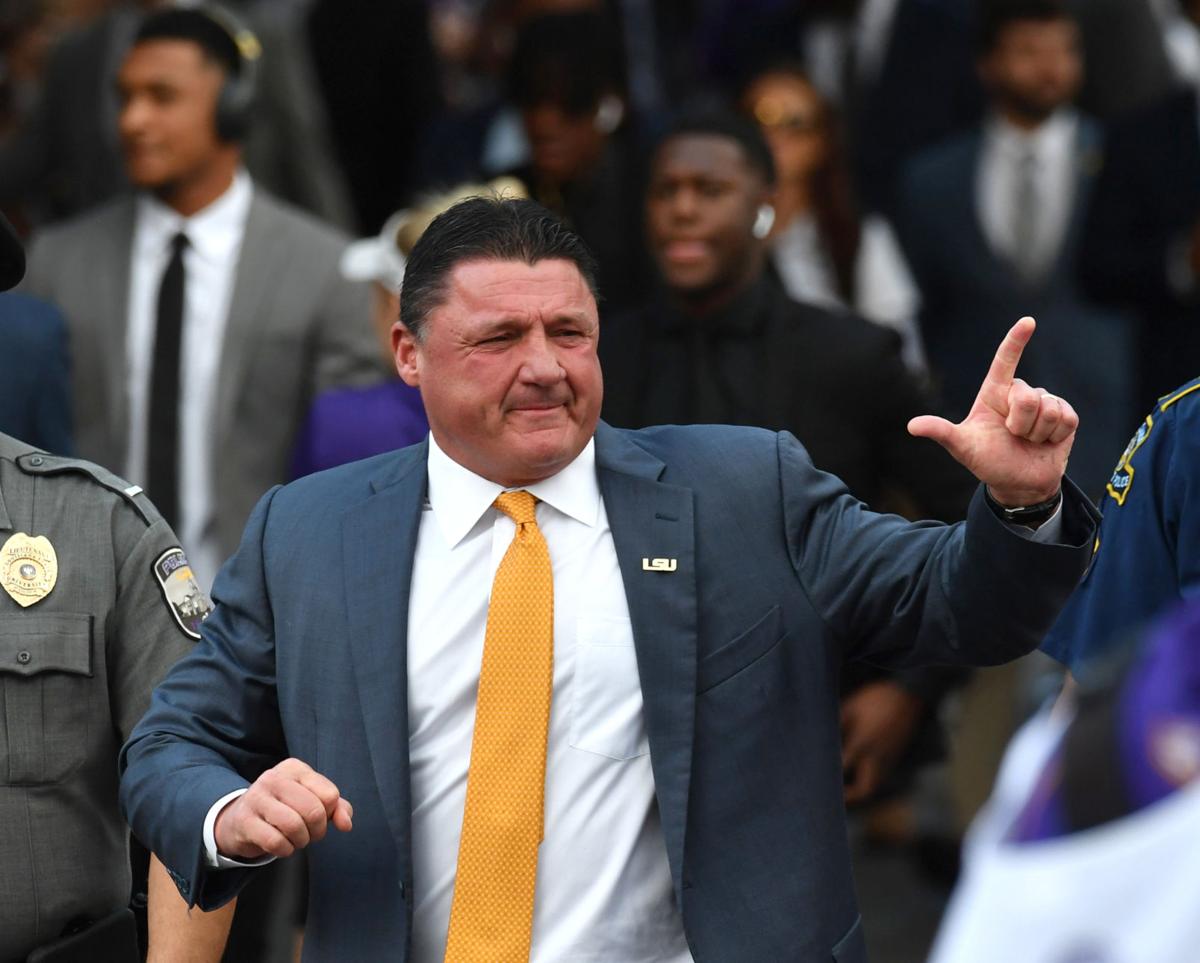 LSU coach Ed Orgeron marches down Victory Hill with his team before their game against Texas A&M at Tiger Stadium, Saturday, Nov. 30, 2019. 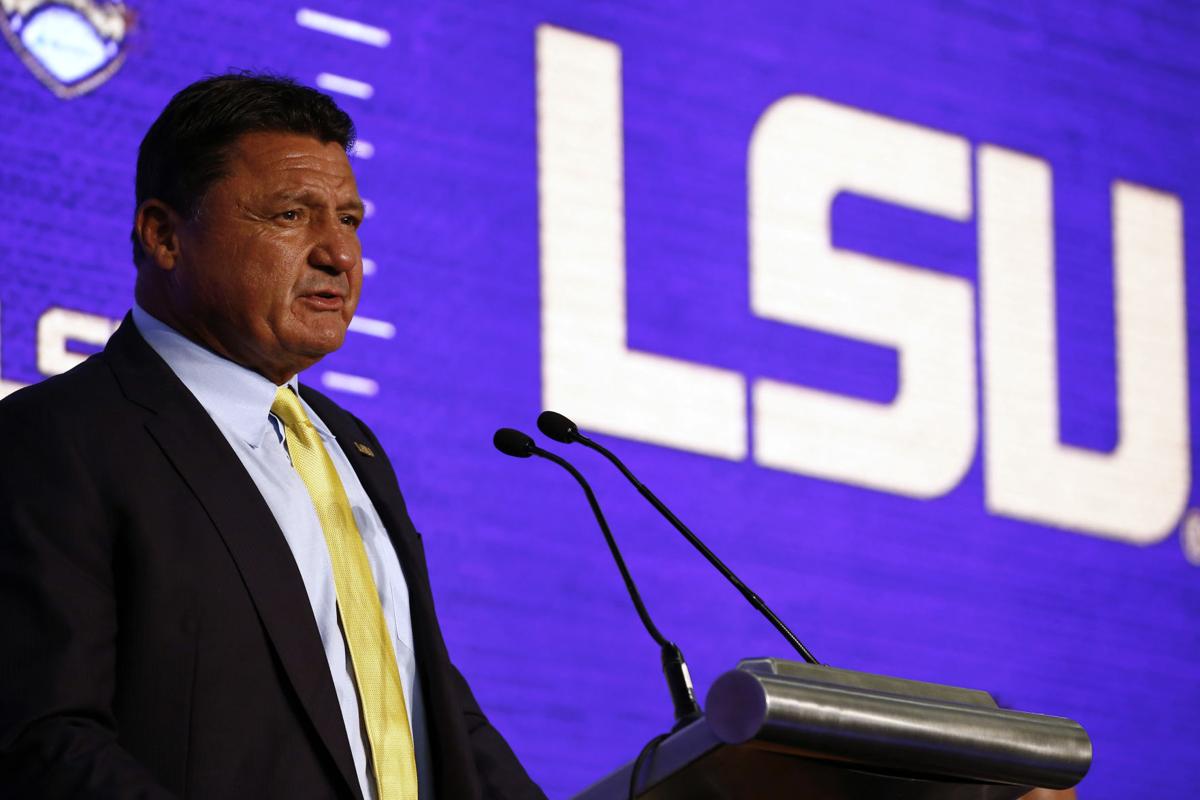 LSU coach Ed Orgeron marches down Victory Hill with his team before their game against Texas A&M at Tiger Stadium, Saturday, Nov. 30, 2019.

A head coach once peppered with postseason questions about Alabama was suddenly getting grilled about LSU's offense.

Kirby, does LSU remind you of Oklahoma from a few years ago?

"Not very much," said Georgia coach Kirby Smart, thinking back to his Bulldogs' win over the Sooners in the 2018 College Football Playoff semifinals. "Very different. Obviously both very explosive teams, but really two different styles of offenses."

Is there another offense that you could equate this to, Coach, that you've run across? You'd obviously been a defensive coordinator for a long time...

"No," said Smart, a defensive backs coach at LSU for Nick Saban in 2004. "Not that I can remember. It's very unique. Very different."

Those in Baton Rouge are used to hearing such words when describing the nation's No. 2 scoring offense, the revamped spread system by offensive coordinator Steve Ensminger and first-year passing game coordinator Joe Brady that has already started adding its editions to the school record book.

No team but Auburn has held LSU and its Heisman frontrunner quarterback, Joe Burrow, under 30 points.

No, it's not Alabama representing the Western Division this year. It isn't Auburn, either.

For the first time since 2011, a team outside the state of Alabama is headed to the league title game, and Georgia, which has spent the past few years figuring out how to finally surpass Alabama, now has to figure out how to slow down LSU.

"Where do you want me to start?" Smart said Sunday evening, on the SEC title's head coaches teleconference. "I've only got 30 minutes."

The LSU football team remains the No. 1 team in the country, according to the Associated Press, after the Tigers beat Texas A&M 50-7 on Sa…

And we've only got so many words.

But this Bulldogs defense, which ranks No. 2 in the country with 10.4 points allowed per game, could be the foil to Baton Rouge's record-breaking offense.

LSU coach Ed Orgeron said Georgia will be the best defense the Tigers will have faced this season, a compliment once held by Auburn, which limited LSU in a 23-20 win.

Both LSU and Georgia beat Auburn. Plus Florida.

And the Bulldogs tripped once against South Carolina, a 20-17 loss in two overtimes.

"They've faced some adversity," Orgeron said. "They've climbed the hill back into a championship team. It says a lot about their character, their leadership and their coaching staff."

The LSU defense knew it was being blamed for the program's drop from the top ranking in the country, and it responded with its most dominant p…

Orgeron, less than a day removed from his team's 50-7 win over Texas A&M in the regular-season finale, said he's only watched two Georgia games so far and he's received scouting reports on the Bulldogs' offense and defense.

But Smart knows all the talk will surround the ultimate matchup: LSU's high-powered offense vs. Georgia's stalwart defense.

"That doesn't make the game any bigger," Smart said. "It's as big as it can be anyway."

Louisiana has loved Joe Burrow, and the quarterback has loved it back: 'I couldn't be more grateful'

Joe Burrow played his final game inside Tiger Stadium on Saturday night, and as LSU completed an undefeated regular season, he showed his appreciation for a place that became home.

LSU passing game coordinator Joe Brady has been named one of five finalists for the Broyles Award for college football's top assistant coach, …