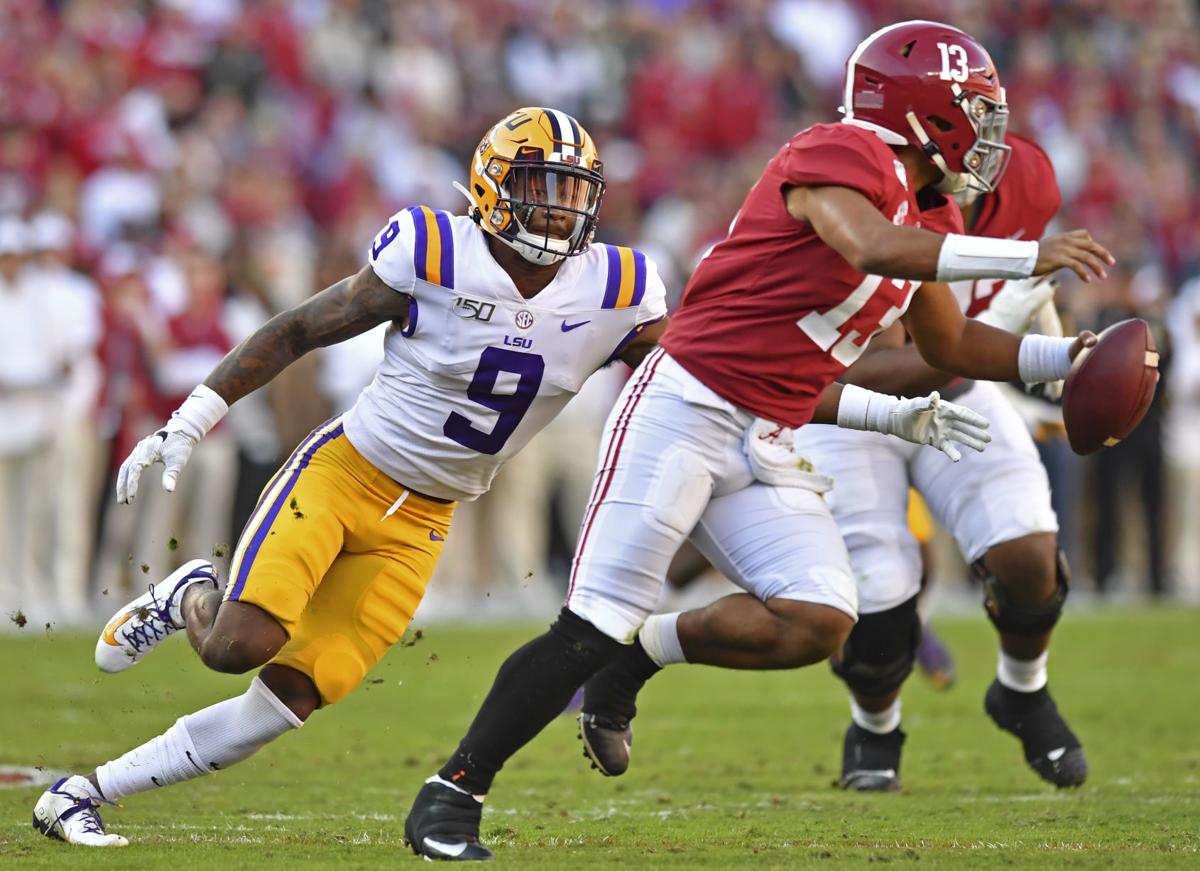 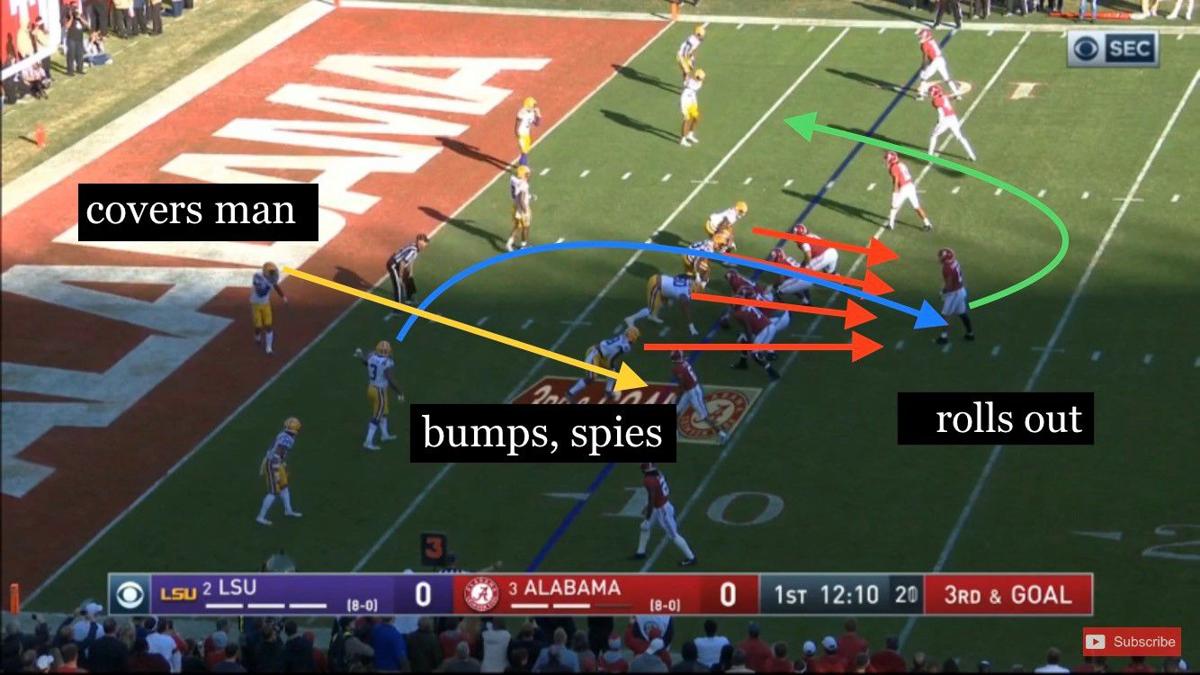 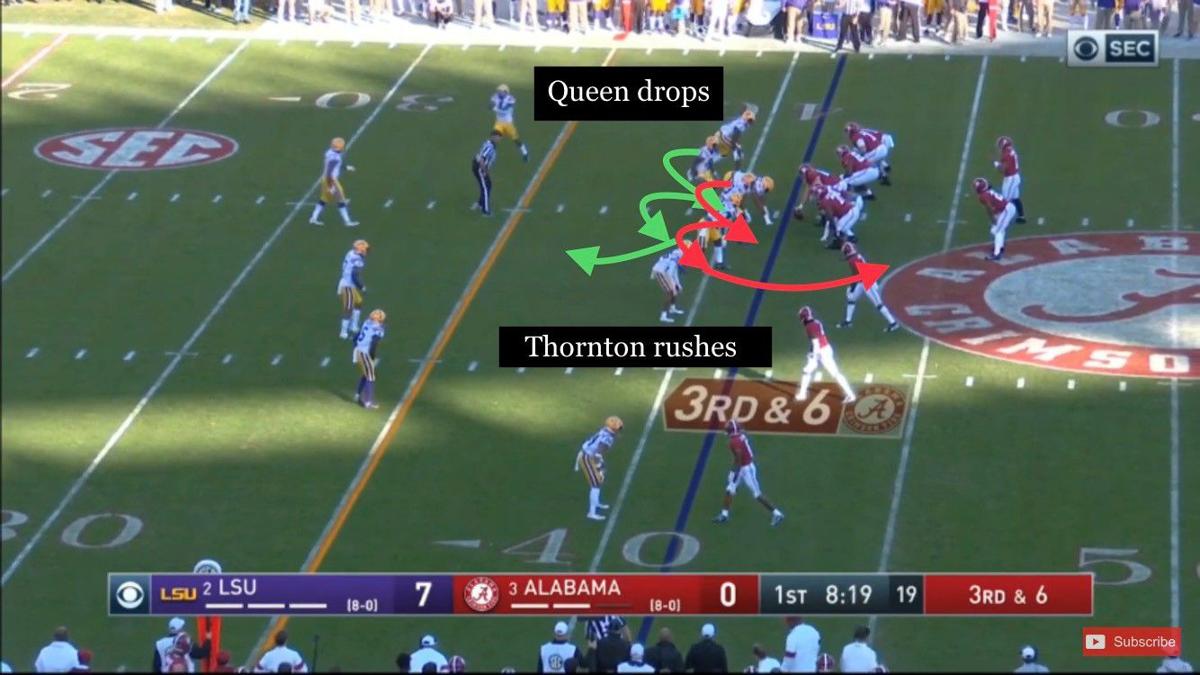 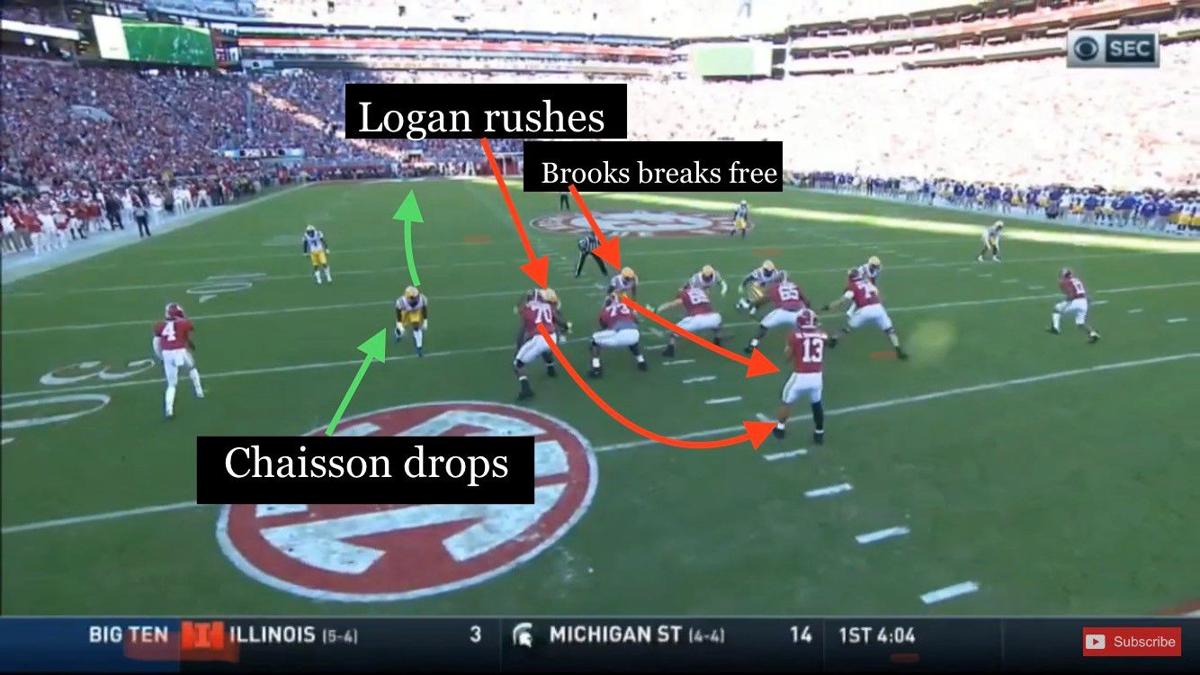 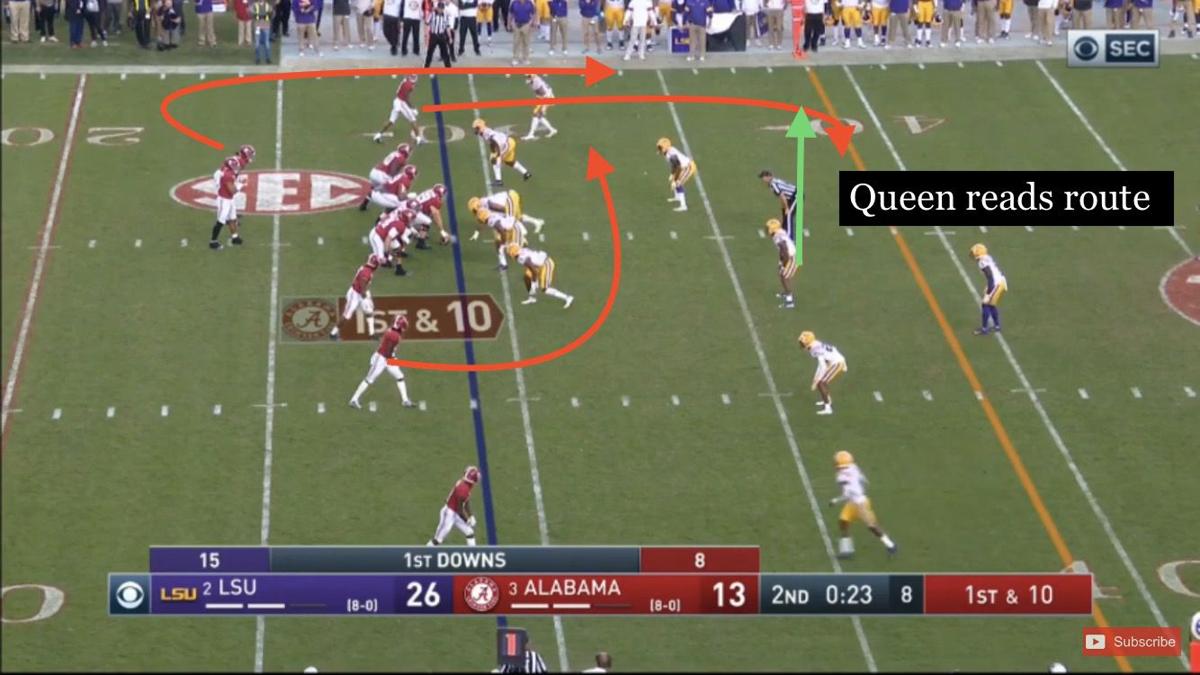 Pressuring Tua: LSU could not afford to let Alabama's star quarterback, Tua Tagovailoa, have time in the pocket to throw if the Tigers expected to win. The Hawaiian Heisman hopeful had just two interceptions going into the game, and if Alabama's three first-round NFL draft-pick receivers — Jerry Jeudy, Henry Ruggs III and DeVonta Smith — had extra time to run routes, they would eventually make LSU pay.

That's what happened on the first play of the game. Tagovailoa had plenty of time to decide where to go with the ball, and Ruggs crossed over the middle of the field and caught a 20-yard pass to the Alabama 49.

Alabama drove all the way to the LSU 8, and on third-and-goal, Tagovailoa and the Tide called a timeout when they saw defensive coordinator Dave Aranda's third-down blitz package for the first time.

It isn't anything new if you're familiar to these film breakdowns. It's LSU's "Cheetah" package (pictured below), using four pass rushers at the line of scrimmage, one linebacker and six defensive backs. The Tigers had success using the same variation of Cheetah against Florida, and there were questions how outside linebacker Ray Thornton would succeed in the package as a replacement for Michael Divinity, who announced on Monday that he'd left the team for a "personal matter."

LSU's historic victory over Alabama on Saturday night was viewed by a massive audience.

The variations of the blitz package continued to confuse Tagovailoa and the Alabama offensive line. On the next drive, LSU dropped outside linebacker K'Lavon Chaisson in coverage (pictured below). Considered LSU's top pass rusher, this seems like it would be quite unexpected.

LSU's historic win over Alabama was followed by significant news on the recruiting trail.

That was slick. Caught LSU sleeping with the clap then look over to the sideline. By design & perfectly executed. pic.twitter.com/2e2S1zVQaF

'Louisiana I love you': Scenes after LSU's historic win over Alabama, a look at what's next

TUSCALOOSA, Ala. — The LSU football team emerged from the airplane Saturday night and saw the welcome party, the line of Tiger fans pressed ag…

LSU and assistant football coach Joe Brady are working on details for a new contract, according to a source familiar with the situation.

The streak is over! LSU outpunches Alabama to take command of SEC with win in Tuscaloosa

TUSCALOOSA, Ala. — The streak died right where it started, banished to the past by an Ohio quarterback who is now the champion of Louisiana.

The LSU Tigers’ push to be a unanimous No. 1 started Sunday as the Tigers replaced Alabama as the top-ranked team in the USA Today coaches’ poll.