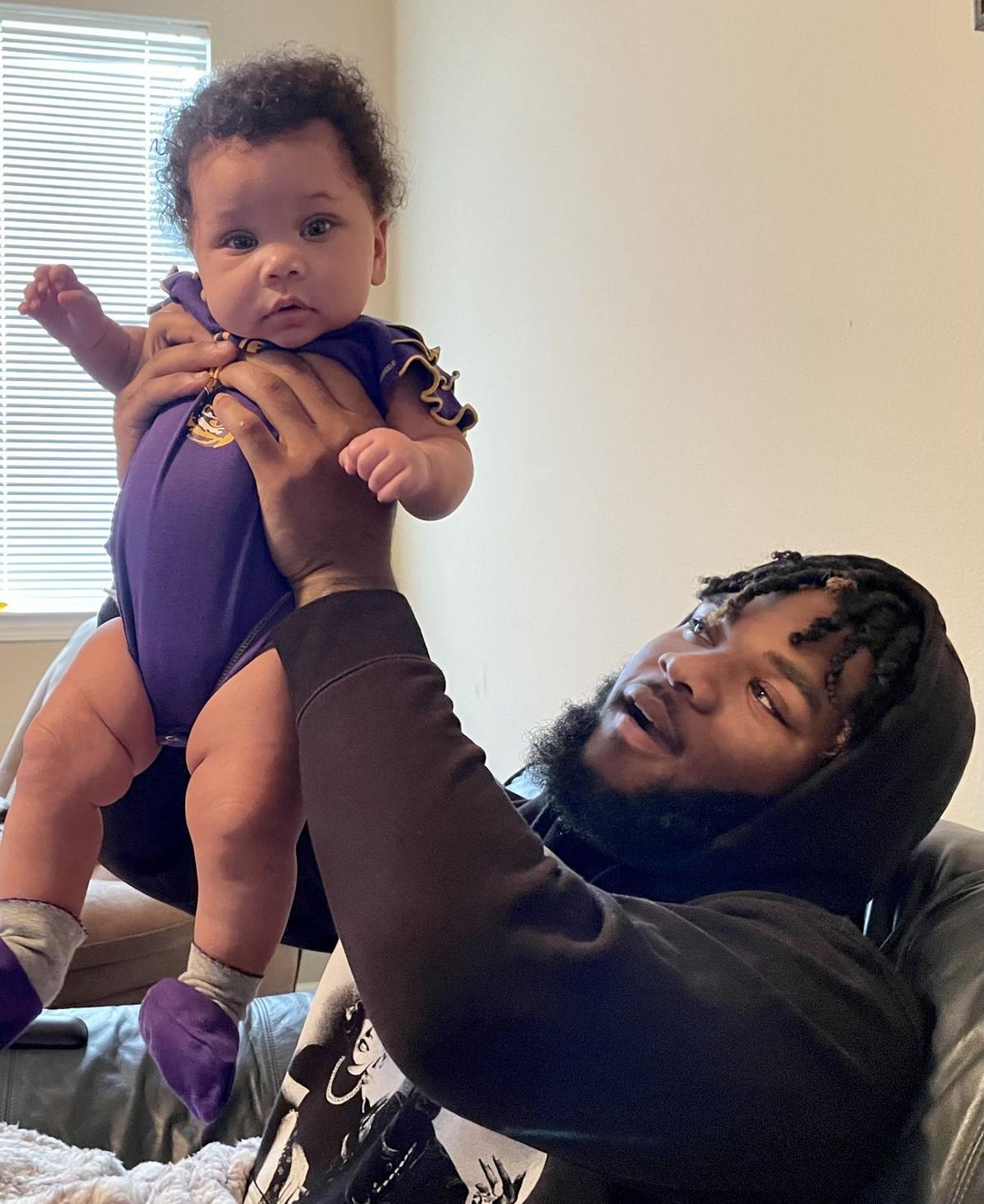 LSU running back Tyrion Davis-Price holds up his daughter, Brooklyn, who was born in late June. 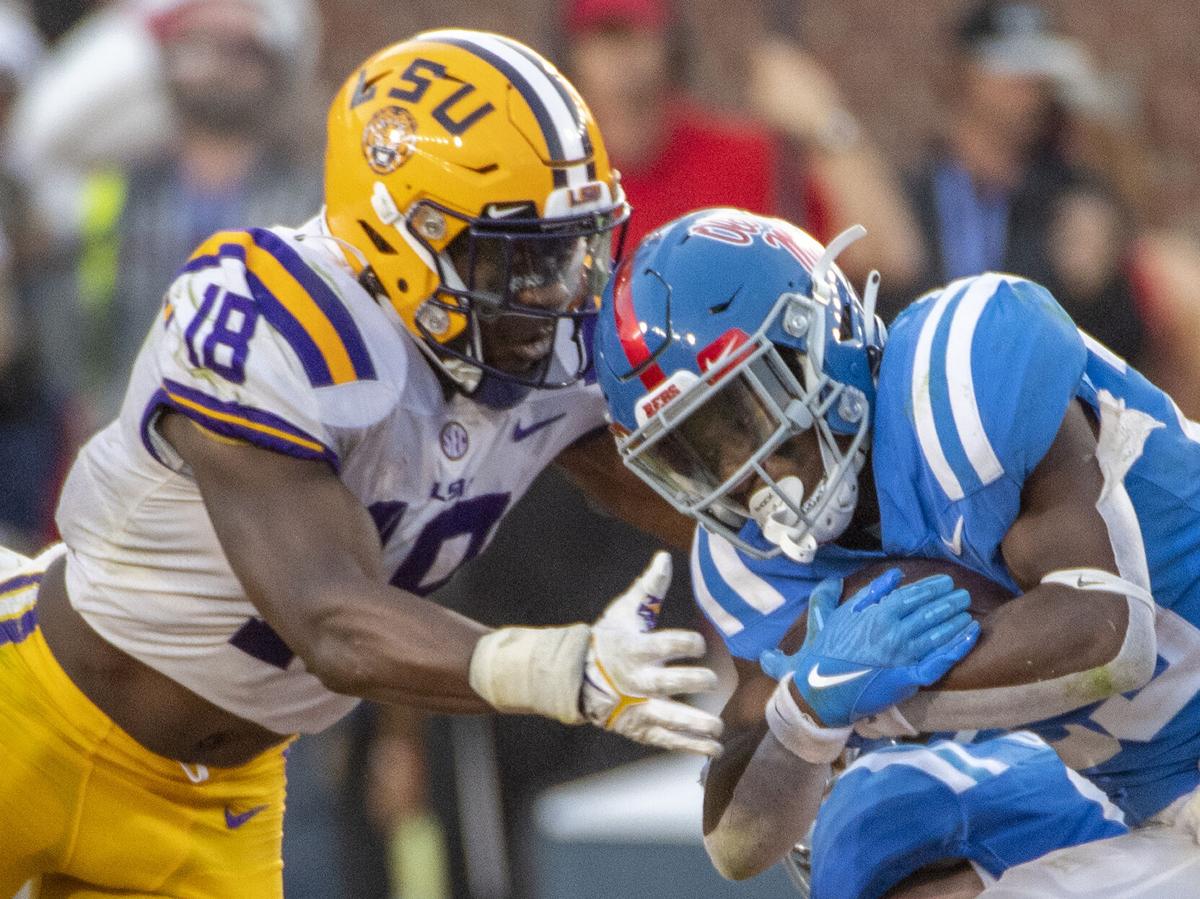 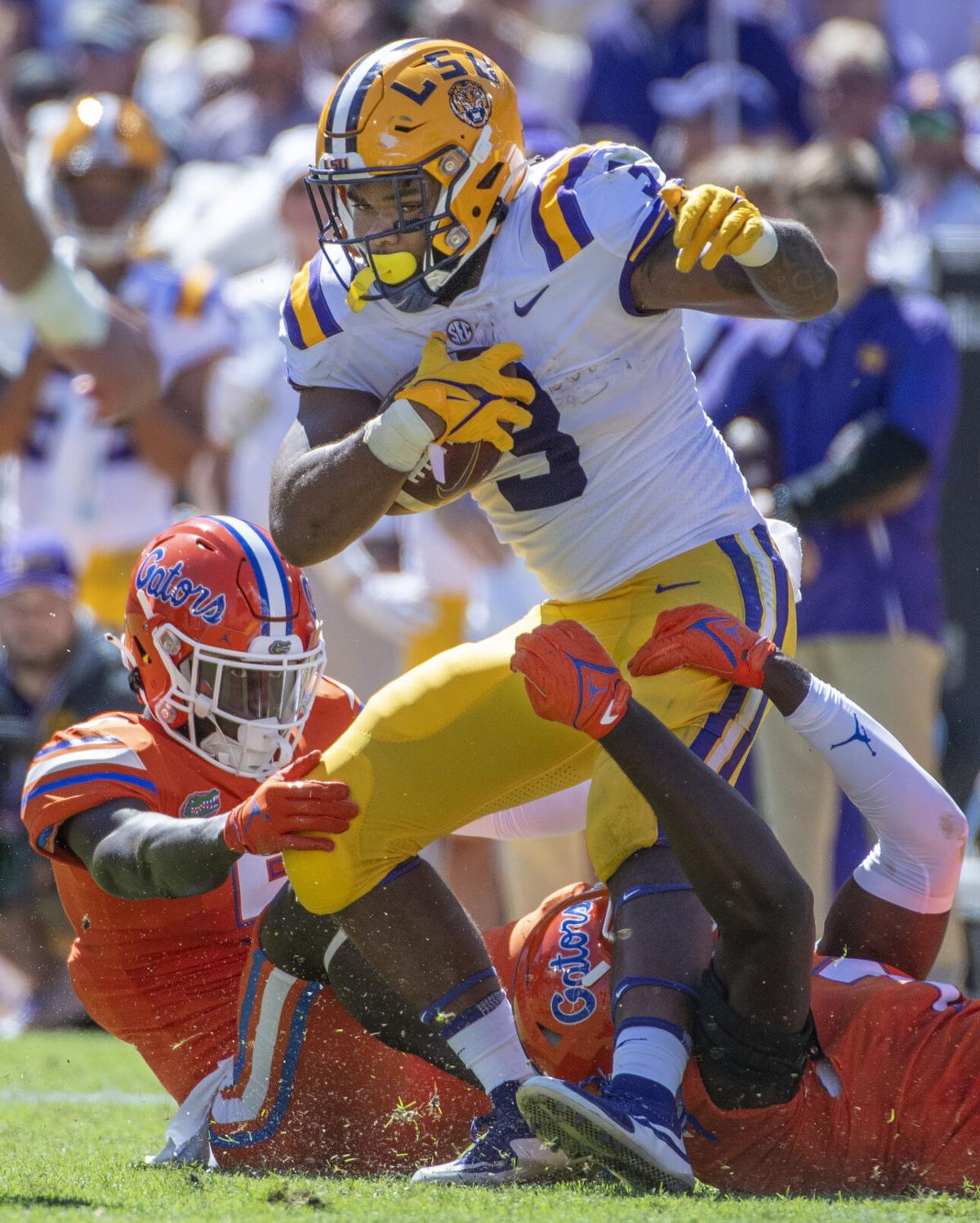 LSU running back Tyrion Davis-Price holds up his daughter, Brooklyn, who was born in late June.

When Damone Clark needs to distract his 1-year-old daughter, he plays “Bee Movie” on a tablet. Dakotah Clark loves the film, and she would grab everything in the house or play with her dad's pit bull without something else to do. So they sit with ice cream and popcorn watching a movie they’ve seen countless times.

Clark cherishes those moments. As a senior linebacker at LSU, he doesn’t get to see his daughter much during the week. Practice, class, film review and training fill his time. But Clark understands how much his presence matters in her life. He spends as much time with Dakotah as possible between games, taking care of her on weekends.

Ed Orgeron's termination approved by LSU Board of Supervisors; Dennis Shaver gets a raise

“These are times that I won't get back,” he said.

Clark pushes himself through all the work in hopes of one day using football to provide for Dakotah, who he has called “my biggest motivation” in the midst of a breakout year. After a difficult junior season, Clark led the country with 100 tackles before LSU’s open date this weekend. The next closest player in the Southeastern Conference had 77 before Saturday.

Clark’s not the only LSU player with a daughter. His longtime friend, junior running back Tyrion Davis-Price, also has a baby. Brooklyn Mae Davis-Price was born in late June, a month before preseason practice, making them both girl dads.

“Maturity sets in,” coach Ed Orgeron said. “When you become a parent, all your energy and everything is directed to be successful for your son or daughter. I can see that in them. They're very motivated.”

Linked by more than fatherhood, Clark and Davis-Price met years ago on the South Baton Rouge Jaguars, a peewee football team. Clark’s family had moved from New Orleans after Hurricane Katrina. As the boys dominated on the local football fields, their families became friends.

“They were one of the first families we met when we moved after Katrina,” said Clark’s father, Damon.

The players remained connected as they attended Southern Lab. Davis-Price started his high school career as a fullback. Clark played safety, earning comparisons to former Seattle Seahawks safety Kam Chancellor because of his size. They eventually moved into their current positions.

“Both of them were very strong and big guys,” former Southern Lab coach Marcus Randall said. “They would have a big collision.”

Clark, who’s a year older, reached LSU first. Davis-Price soon followed. Both four-star recruits, their careers began with promise as Clark studied the linebackers who came before him and Davis-Price waited behind former running back Clyde Edwards-Helaire in 2019. They stepped into larger roles last season.

Dakotah Clark was born in January 2020 a week after the national championship game. The family calls her Koko. Clark became more serious and focused with a daughter in his life, his father said. When the 2020 season turned into a disaster for the entire team and Clark received loads of criticism as he struggled in the middle of the defense, he thought about Dakotah.

“I could've walked away last year,” Clark said. “It was tough for me. I continued to think about who I have to provide for, and having to provide for my 1-year-old, it hit different. It makes you want to go harder because if I don't do it, who will?”

While Clark entered the early stages of fatherhood, Davis-Price found out he would be a dad in the middle of the 2020 season. He wanted a daughter, and he gaped when pink confetti burst during a gender real. Brooklyn arrived this summer. She loves to laugh. She likes to watch "Cocomelon." She recently started grabbing things.

Balancing the football schedule and a daughter required an adjustment. Davis-Price suddenly had someone in his life he was responsible for. Brooklyn and her mother moved in with him. Even that wasn't enough time to see her with such a busy schedule. Earlier this season, he began going home in the middle of the day to see his daughter.

As Clark and Davis-Price learned more about how to parent, the 2021 season quickly became another disappointing one for LSU. The Tigers have a 4-4 record at the open date. Orgeron was fired midseason. Many of the team’s best players suffered season-ending injuries. There’s not much left.

Together, Clark and Davis-Price will try to help salvage something from a lost season over the next four games. Davis-Price rushed for a school-record 287 yards two weeks ago. Clark made 20 tackles in LSU’s last game. They’re some of the only established upperclassmen still on the field.

“We're going to need those guys to do it again,” Orgeron said.

Motivated by their daughters, Davis-Price and Clark continue to play, hoping to make a bowl game and position themselves for a future in the sport. Dakotah comes to all the home games wearing purple and gold. Davis-Price wrote “Brook” on a strip of eye black the last few games in honor of his daughter.

Last week, Davis-Price’s father called Damon Clark with a recap of Orgeron’s radio show. They’ve known each other for about 15 years, and now the sons they watched play together on a peewee football field have become fathers, too.

Every expectation is that athletic director Scott Woodward is aiming very high in his hire for LSU’s next football coach. That he is not limit…