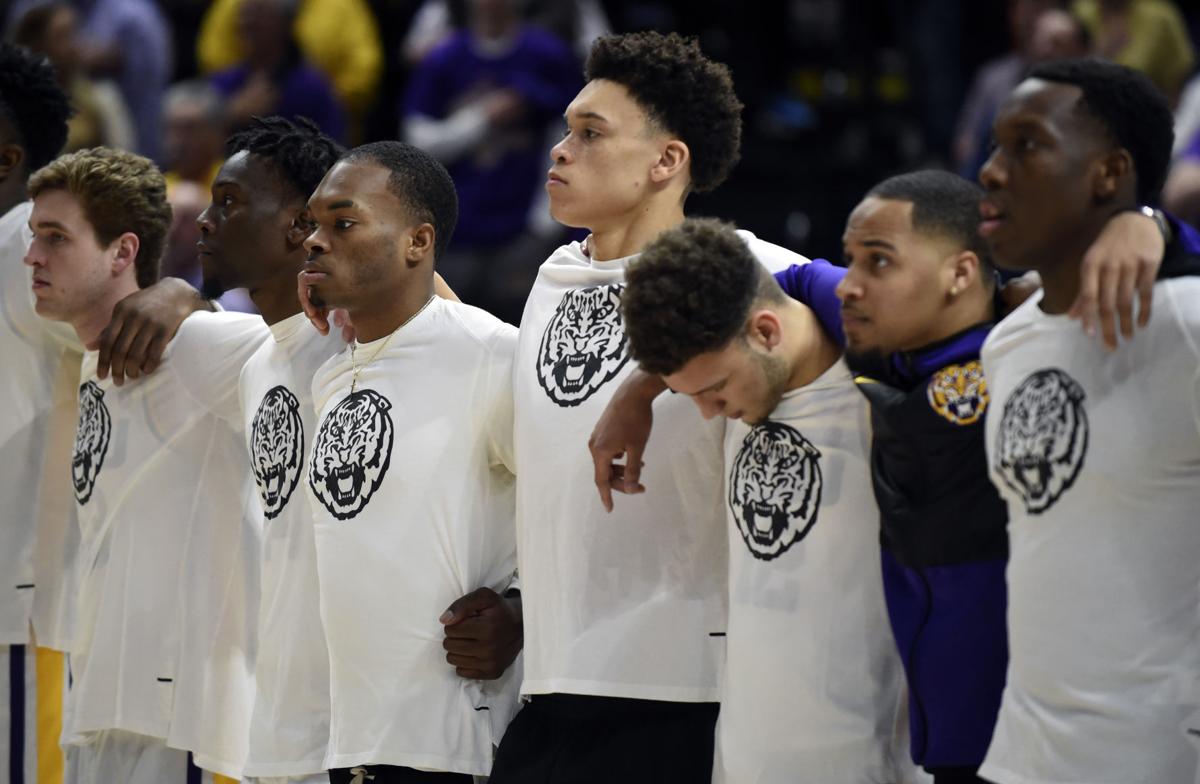 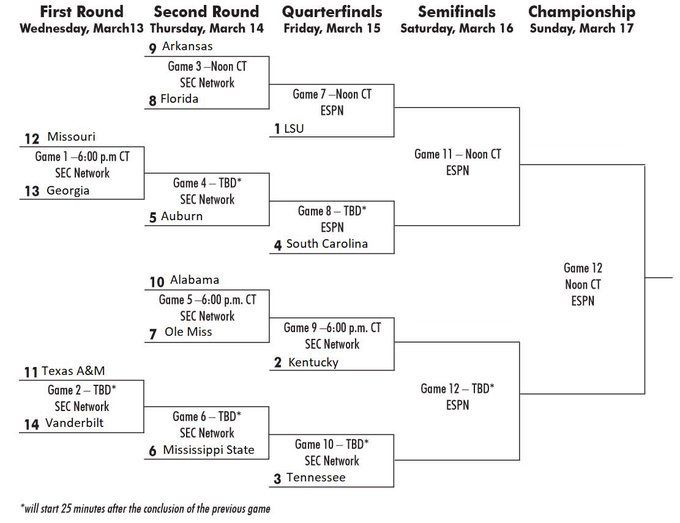 If LSU wants to add a Southeastern Conference tournament championship to its resume, the Tigers will need to win three games in three days in Nashville as the top seed.

The tournament bracket was finalized Saturday. Kentucky is the No. 2 seed; Tennessee is the No. 3 seed; South Carolina is the No. 4 seed. All games will be held at Bridgestone Arena and televised on either the SEC Network or ESPN.

The Tigers' first game will be Friday at noon against either Arkansas or Florida. LSU's only two SEC losses came to the Razorbacks and Gators -- both in Baton Rouge. The Tigers won both teams' home floor.

If LSU can win Friday it'll play Saturday at noon against either Missouri, Georgia, Auburn or South Carolina. The Tigers are 5-0 vs. those teams, winning at Missouri, twice vs. Georgia, vs. Auburn and vs. South Carolina.

The championship final will be at noon Sunday and lead into the NCAA March Madness tournament selection show.

LSU has only won one SEC tournament championship in program history. It occurred in 1980. That year LSU advanced to the Elite Eight and lost to eventual national champion Louisville.

Rabalais: Will Wade saga leaves LSU with no-win situation; can either of them survive this?

They’re playing a basketball game at the Pete Maravich Assembly Center on Saturday night between LSU and Vanderbilt.